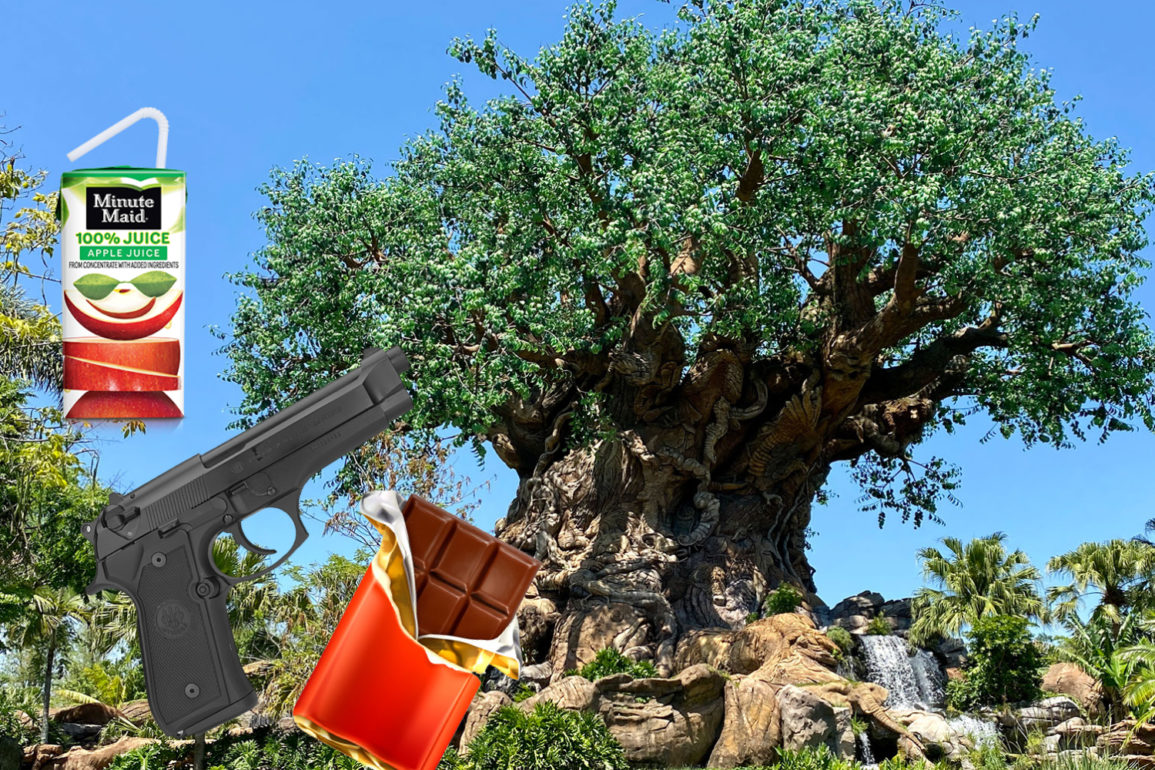 A 15-year-old trying to enter Disney’s Animal Kingdom caught the attention of park security and law enforcement this summer.

At Walt Disney World, people are regularly in trouble for bringing guns on to Disney property when they don’t have proper concealed weapons licenses. But this case stands out because the teenager from Alabama appears to be among the youngest, if not the youngest, to be caught with a gun on Disney property in recent years, according to past records released by the Orange County Sheriff’s Office.

The high school freshman said he had no idea the gun was in the backpack, according to an Orange County Sheriff’s report detailing the June 25 incident.

The boy’s mother said they had been on a Walt Disney World family vacation from Alabama. Before they left for their trip, the boy’s 26-year-old sister gave “what appeared to be an empty green Gucci backpack” for the family to use at the parks. His mother, who also didn’t know about the gun either, had put the juice boxes and snacks in the backpack.

For about two years, the boy’s sister owned a gun — a black handgun with pink on the grip, the boy’s mother said.

The sister’s gun matched the description — a semi-automatic black Lorcin with a pink grip, Model L25 —  of the one found in the backpack at Disney World.

However, that gun, authorities said, was stolen.

Authorities tracked the gun’s owner to a woman from Alabama who said her Lorcin black and pink handgun was stolen from her vehicle on May 23, 2022, about a month earlier.

The sheriff’s office did not speak with the boy’s sister because the incident report noted the sister was still in Alabama.

Neither the boy, his mother nor his sister had a prior criminal history, according to the sheriff’s report.

The sheriff’s office did not arrest the boy, but he was trespassed from Disney and forced to leave the parks.

Law enforcement filed charges with the state attorney’s office, but as of Thursday, the boy has not been charged with a crime, according to online Orange Circuit Court records.

Because the 15-year-old was not arrested and the fact that he’s a minor, we are not naming him.

The boy’s mother could not be reached for comment when we called Thursday.

Last month and the month before, guests at Disney’s Hollywood Studios were discovered with a gun in their bag by security, one which also included twelve rounds of ammunition.

Next
‘For the First Time in Forever: A Frozen Sing-Along Celebration’ Refurbishment Removed From Walt Disney World Calendar