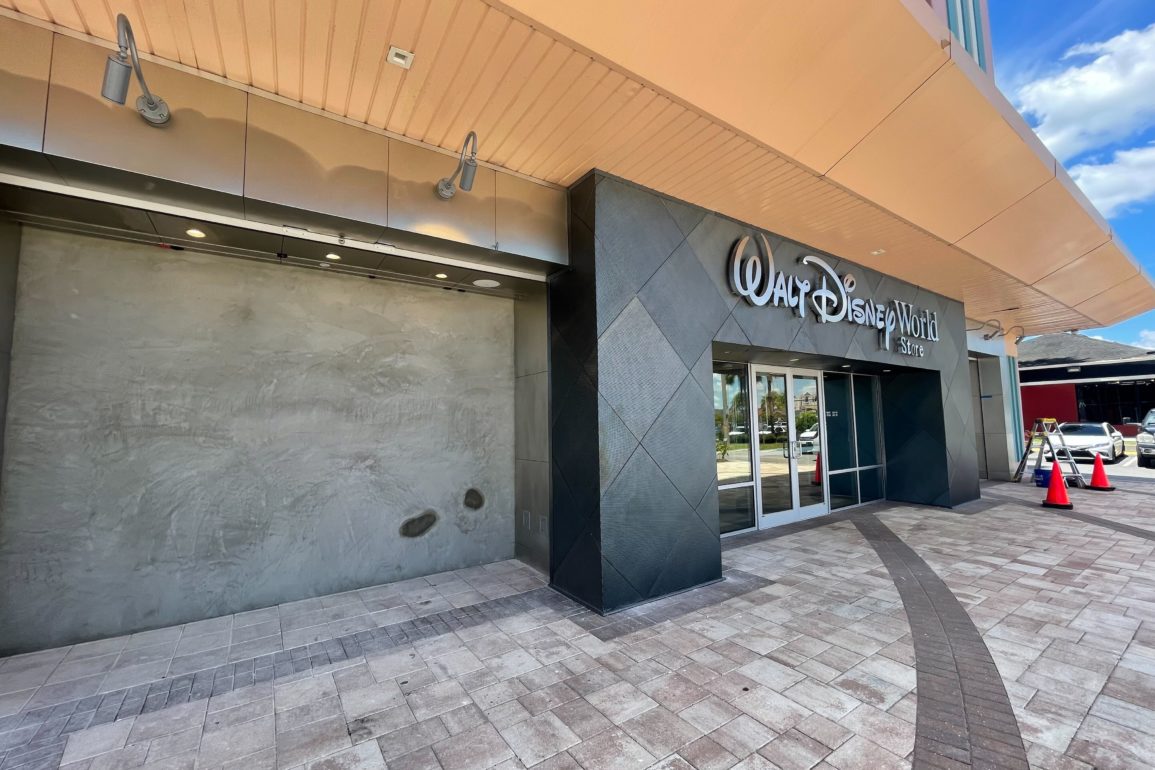 The times are certainly changing at the Walt Disney World Store on International Drive, as the 50th Anniversary color scheme has been removed.

The blue colored archway is now a slate gray, which still elegantly matches the silver wording of the sign. Below, you can see how it looked back when the store opened in May.

Meanwhile, the art which featured Cinderella Castle and Spaceship Earth as Beacons of Magic is also gone, leaving a blank gray wall.

It’s unclear as to whether it will change to a new permanent color scheme or if it will be seasonal. With Mickey’s Not-So-Scary Halloween Party beginning later this month, the event could bring a new look to the store.

The opposite end is also blank.

What do you think of the art being gone? Let us know in the comments below.