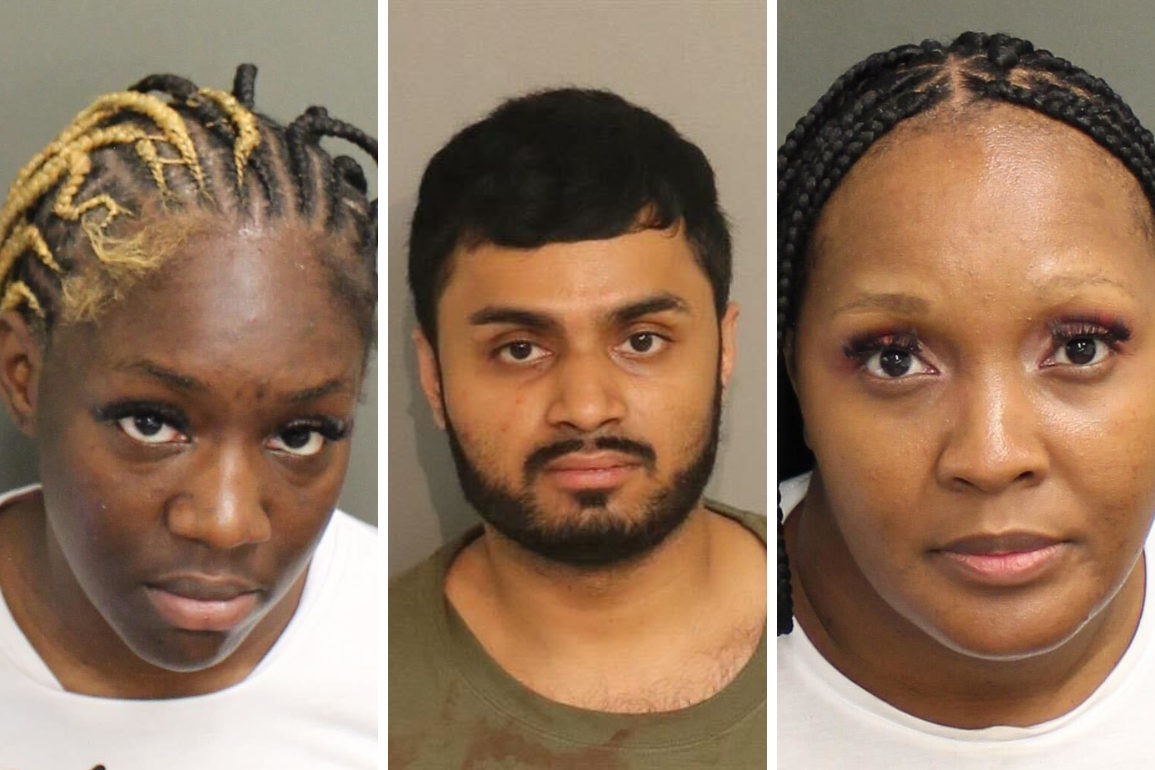 We recently reported on a brawl at Magic Kingdom last month involving two families after an alleged confrontation in line for Mickey’s PhilharMagic. We obtained the official sheriff’s arrest report this week.

Video footage of the brawl — which later went viral on social media — helped Orange County Sheriff’s deputies make three arrests. The fight shocked Disney-goers who witnessed a hair-pulling, punch-throwing fight break out between two families who had been waiting in line together at the Magic Kingdom.

Two women and one man ended up getting arrested for battery after law enforcement officials watched the video footage. However, according to online Orange Circuit Court records, no one is being charged with a crime in the court system.

It seems like the two families from New Jersey won’t have any future Walt Disney World vacations anytime soon. The report noted that Disney Security issued multiple trespass warnings, banning everyone involved in the fight from the parks.

The two feuding families had been in line next to each other at Mickey’s PhilharMagic when one person from the Aikal family went back to retrieve a cell phone that had been left at a scooter.

According to the report, the Aikal family member allegedly stepped on the foot or pushed someone from the Richardson family.

Both families gave conflicting statements about what happened, but the incident apparently led to harsh words and shoves in line.

“Words were exchanged between the two families, however the argument ended and both families entered the show,” the sheriff’s report said. “Once the show was over both families exited and again encountered each other. Both families believed the other was waiting for them related to the previous incident in the queue line. An argument between both families occurred which turned physical involving a large number of each of the family members.”

Vicqas Aikal, 29, of Kendall Park, New Jersey, was arrested after he could be seen in the video disengaging from the fight and then running back and punching Tauheesha Richardson’s upper body. He also may have inadvertently struck another woman in the face in the process and given her a black eye.

Tauheesha Richardson, 42, from Jersey City, New Jersey, was arrested for striking Vicqas and one of his family members.

Tauheesha’s relative, Karizma Richardson, 20, also of Jersey City, was arrested after she was seen in the video kicking a woman on the ground and pulling the woman’s ponytail. Karizma’s family tried to pull her off the woman.

Vicqas Aikal had a cut on his chin and was taken to Celebration Hospital for treatment and then to Osceola County Jail.

Law enforcement also submitted a battery charge to the state attorney’s office for a second member of the Aikal family, but authorities did not appear to arrest that person.

In the case of Tauheesha and Karizma, the state attorney’s office later decided to drop the charges. “From the investigation which has been made, it is the opinion of the writer that this case is not suitable for prosecution,” an August 8 court filing said. No charges were found in online court records as of Tuesday for Vicqas Aikal.