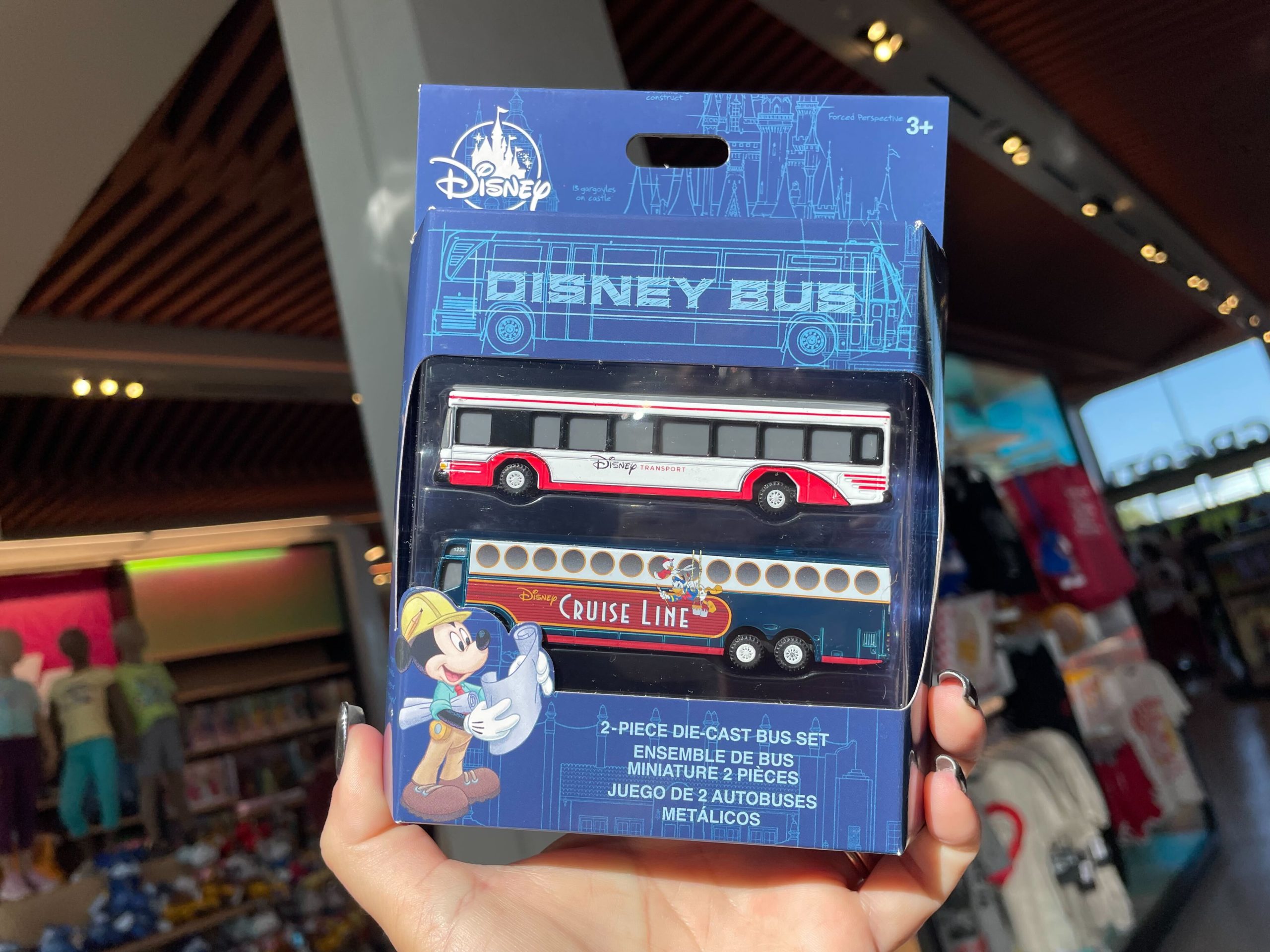 Walt Disney World has recently eliminated a slew of services and perks that used to be free to guests, like Disney’s Magical Express bus transportation to and from the resort. Now, even the toy bus sets sold at Walt Disney World are being downsized.

The previous set that includes the Disney’s Magical Express bus is still for sale online at Wal-Mart at the time of this article.

The two buses now included in the set are a Disney Transport bus and a Disney Cruise Line bus.

Disney’s Magical Express was a free service to guests, which has been totally eliminated. Disney’s FastPass service, another free service to guests was also eliminated and replaced by Genie+ and Individual Lightning Lane purchases. Both of those new paid services saw price hikes earlier this week, as guests feel the squeeze on their wallets tighten.