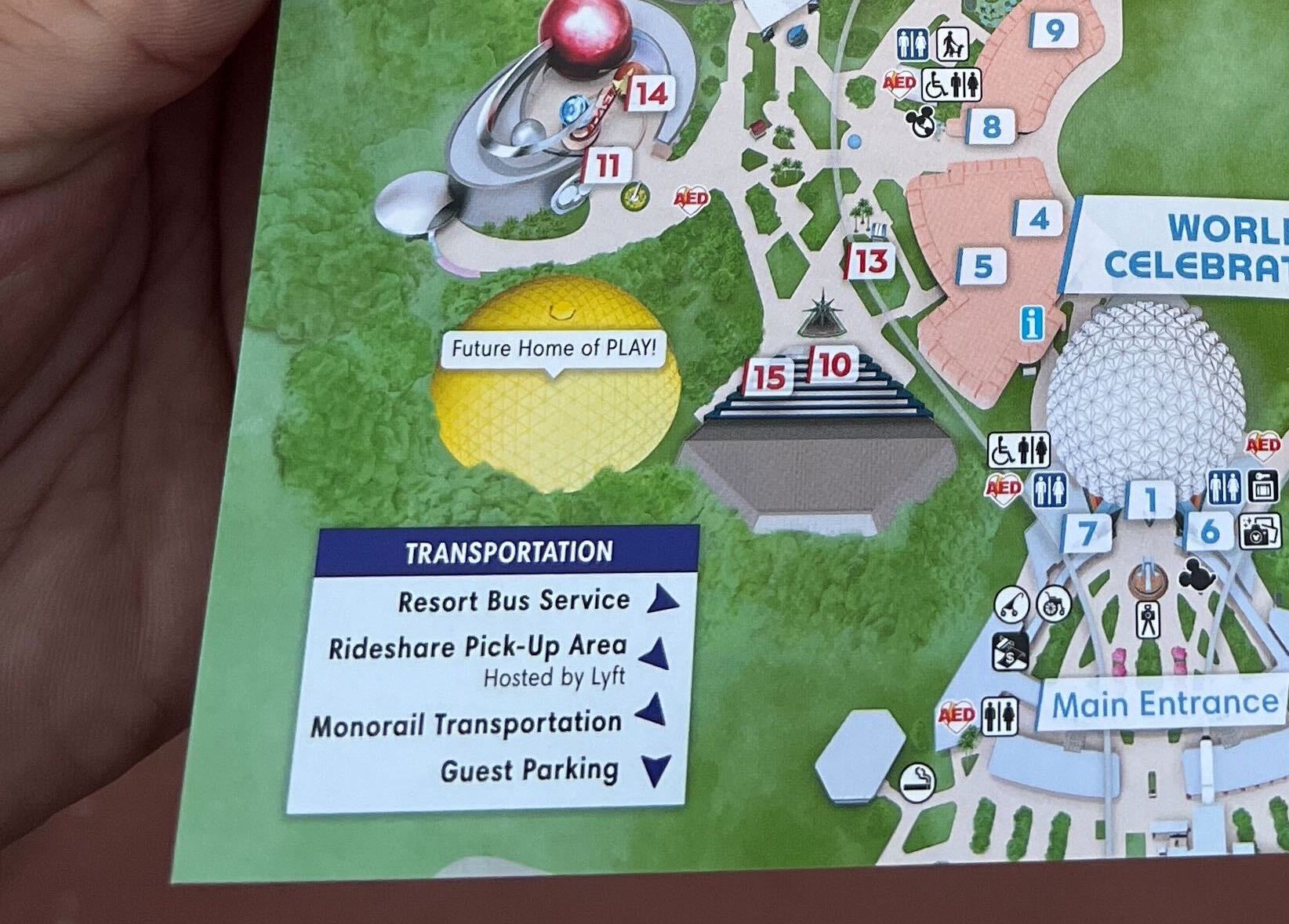 Although many (including us) feared it indefinitely delayed or even canceled, it seems the PLAY! Pavilion has resurfaced again on the commemorative map given out for EPCOT’s 40th Anniversary on October 1!

The maps were given out exclusively to guests who attended the day of EPCOT’s 40th Anniversary. We’ve reported extensively on the PLAY! Pavilion saga, most recently that it would not be mentioned at D23 Expo 2022 (spoiler alert — it wasn’t) due to it being heavily scaled back or even cancelled. This is in spite of new permits filed at the site over the summer and minor roof work spotted only last month.

A close look at the World Discovery area of the park reveals a small bubble above the former Wonders of Life Pavilion reading “Future Home of PLAY!,” indicating the project may still be on course. It could be heavily scaled back as previously rumored, but this does make it appear as though Disney intends to follow through on opening the next new pavilion at EPCOT.

The pavilion was originally set to open in 2021 alongside the Walt Disney World 50th Anniversary celebration. Imagineer Zach Riddley said of it in 2019 “This innovative, new pavilion is beyond anything we’ve ever created and is completely unique to EPCOT. Built on the power of play, it introduces an immersive and interactive ‘city’ where you can explore, create, and interact with some of your favorite Disney characters. This is an experience worthy of our bold vision for EPCOT – and another signature element of our transformation.”

Back in 2019, we speculated on what was to come for the PLAY! Pavilion, which included at the time:

Are you interested in seeing the PLAY! Pavilion come to fruition still? Let us know in the comments below.