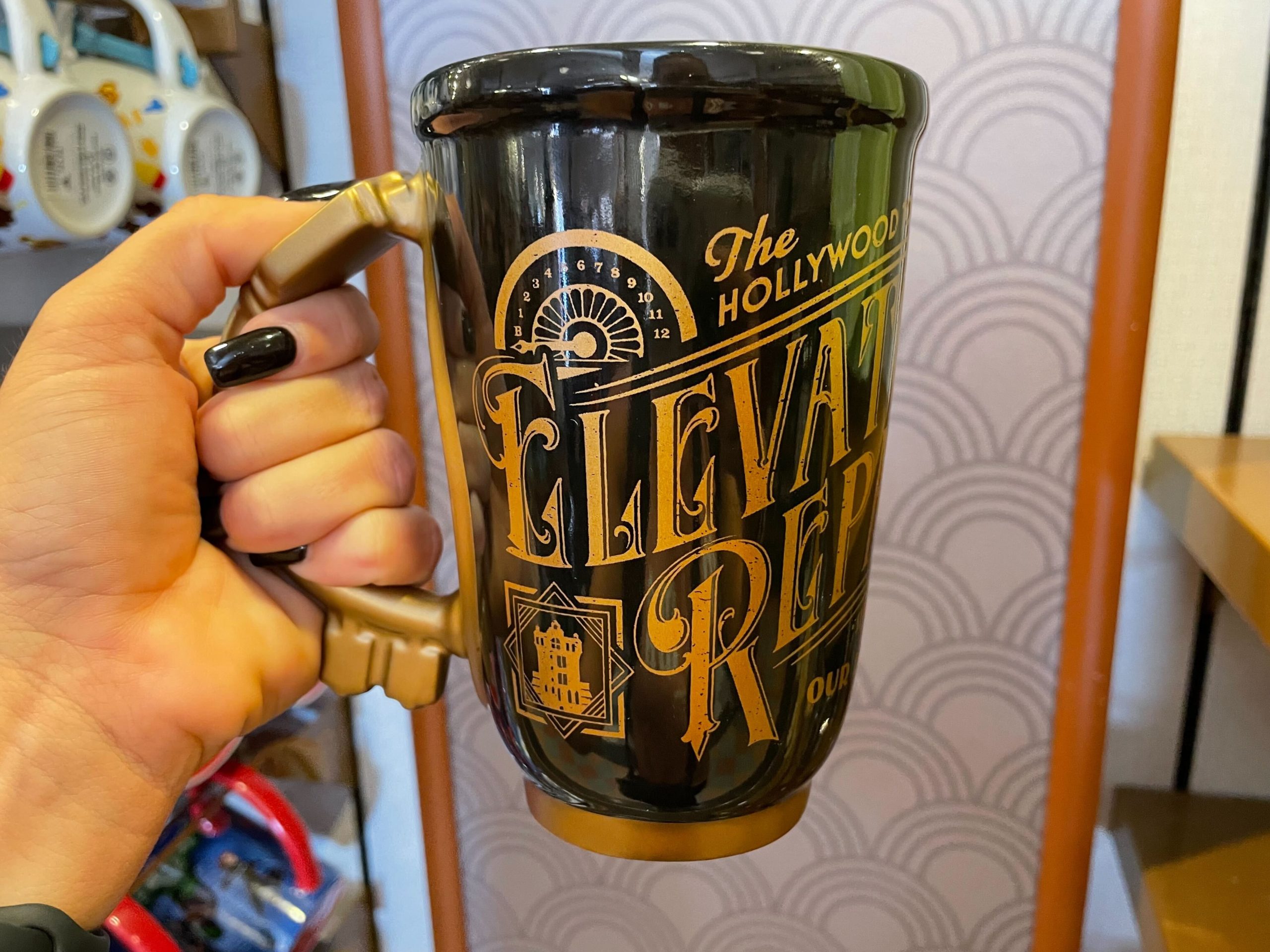 Guests dropping in at Disney’s Hollywood Studios can now pick up a mug advertising the Hollywood Tower Hotel Elevator Repair. Though, you may want to wait until after you ride the Twilight Zone Tower of Terror to see if their service lives up to your expectations.

The large mug is black with gold-toned accents. In font evocative of the art deco era, it reads “The Hollywood Tower Hotel Elevator Repair.”

The floor number indicator is on top of the text, while to the bottom left, the hotel itself can be spotted.

Underneath the main text, it reads “Since 1917,” which is the year that the hotel opened, according to the attraction’s backstory.

It also says, “Our prices are always falling” and “We can’t guarantee it’s fixed,” which are not really slogans most people look for from an elevator repair company.

For those who don’t want to haul luggage up 13 flights of stairs, there’s always the service elevator.

Goofy is on the other side of the mug in uniform, appearing to conduct an inspection. The “HTH” Hollywood Tower Hotel logo is beneath him.

Man Claims He Was Filmed in Imagination Pavilion Restrooms at EPCOT

UPDATE: Police Confirm the Rest of a Human Skeleton Has Been Found Outside Universal Studios Japan