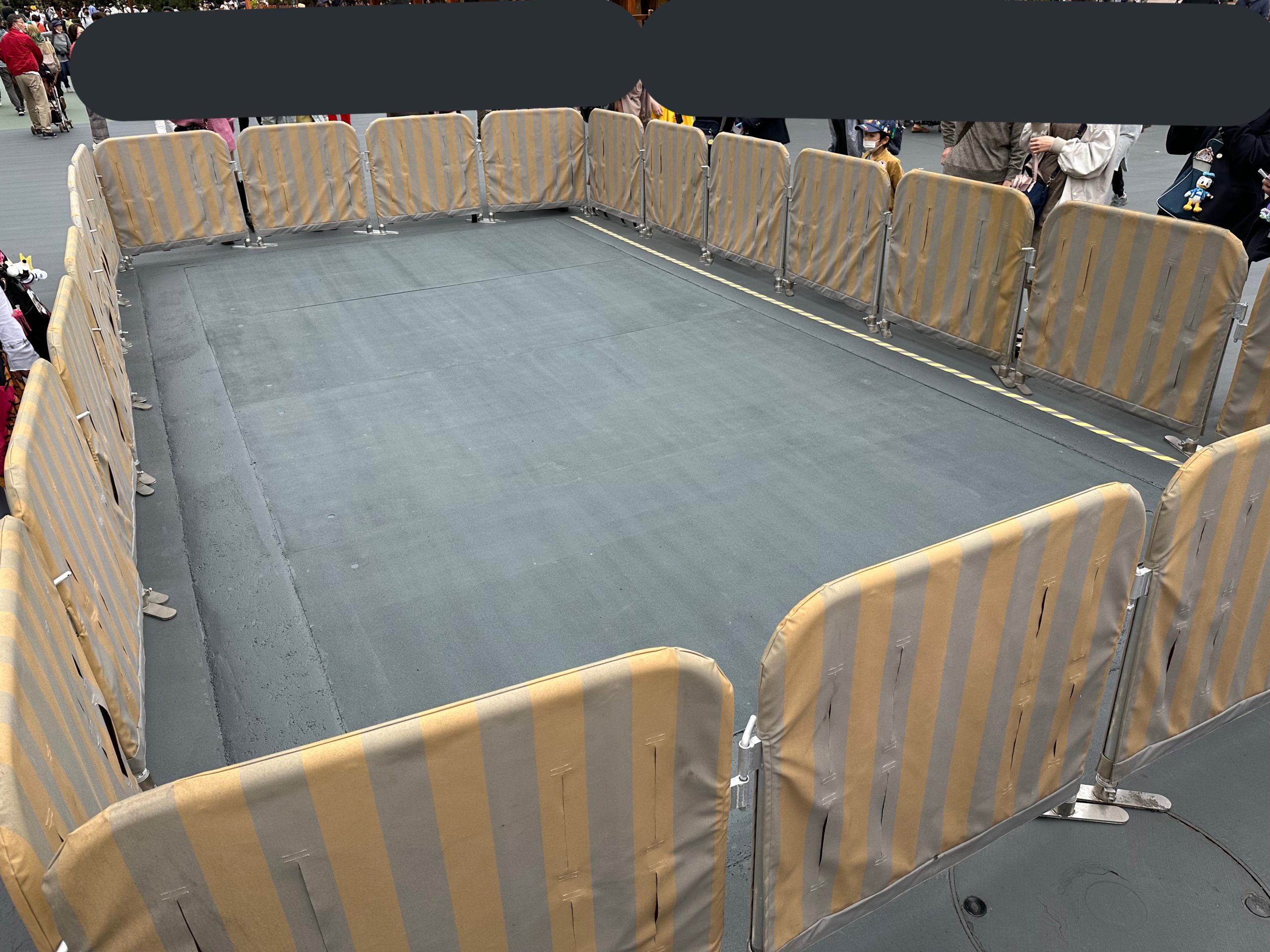 According to local news and many social media users, part of the parade route at Tokyo Disneyland seemingly collapsed during overnight maintenance at the park, leaving all parades cancelled for October 12 and many guests outraged at the situation’s handling by The Oriental Land Company.

According to an Oriental Land PR representative who spoke to the Huffington Post Japan, a portion of the parade route in front of Tomorrowland Terrace required immediate maintenance last night due to plumbing issues. Work was set to take place over multiple days with a steel plate covering the ditch during operating hours in order to allow parades to perform as scheduled. However, the specifications of the steel plate were incorrect, so the area was covered with temporary asphalt and surrounded by temporary fencing.

As a result, performances of “Dreaming Up!”, “Spooky ‘Boo!’ Parade”, “Tokyo Disneyland Electrical Parade: DreamLights”, and “The Villains’ Rockin’ Halloween” were cancelled for the day. The Oriental Land Company declined to comment on whether performances will resume October 13.

The reaction on social media from guests and fans was quite negative and even angry, with the decision to cancel all parades not publicly released until the park had already opened for the day and guests couldn’t change their ticket dates. Refunds were reportedly offered after mass backlash and complaints from guests, as many had come to see the two Halloween parades. One user reported a line of up to an hour for inquiries at Main Street House as a result.

Some guests reported being able to have their tickets marked as unused in the system, allowing them to revisit on another day by performing a date change online.

Some also reported being allowed to move over to Tokyo DisneySea to experience their Halloween festivities instead.

Other guests took to Twitter to criticize the Oriental Land Company for caving to guest demands and allowing guests to get refunds or allow their tickets to be reused, saying similar actions are not normally given for when entertainment is cancelled due to weather or system issues and it could set a bad precedent.

Haunted Mansion Holiday Nightmare and Enchanted Tale of Beauty and the Beast both also suffered long downtimes today, making for a negative experience for many guests all around. Both attractions did restart.

No word on whether entertainment will resume on October 13.