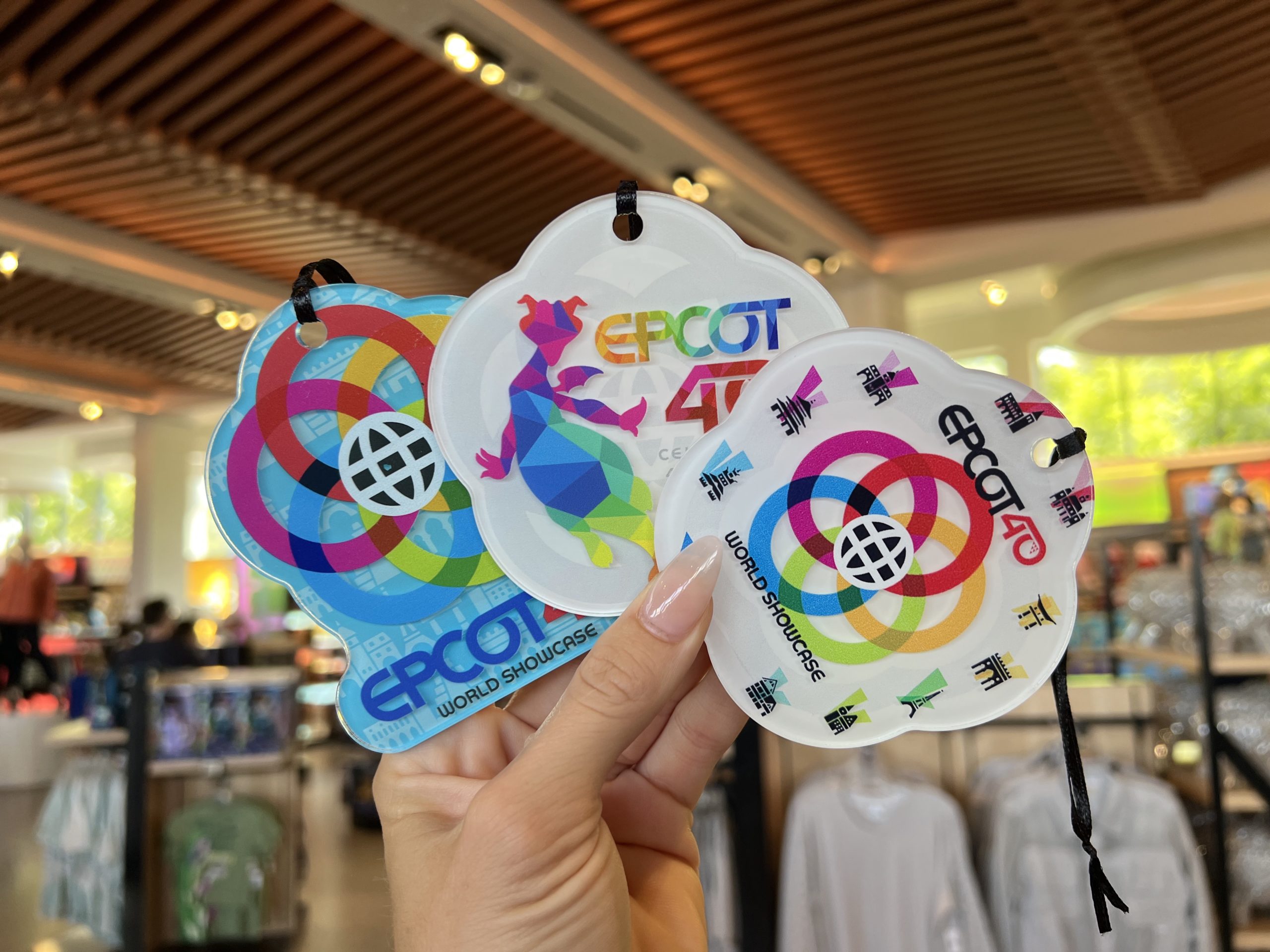 Good morning from Disney’s Hollywood Studios! We have a big day ahead of us so let’s get started!

It was slightly overcast and warmer than the unusually cool days we have been having. Time to start our trek along Hollywood Boulevard!

There’s a new Black Panther potted plant at Keystone Clothiers. This plant appears to be the heart-shaped herb given to the new ruler and Black Panther.

This cute Star Wars art kit is in the Star Wars section of Keystone Clothiers. It comes with markers, pens, and more.

“Coruscant — Heart & Capital of the Galaxy” is on this hat near the apparel.

Ashley Eckstein’s ‘Guided by the Light’ pants are also now available. These pants are highly reflective in low light to create a cool glowing effect.

The exterior of Keystone Clothiers hasn’t seen much change since the construction walls were put up after a piece of the entrance area fell off.

Looking up just above it, you can see a few “Snoap” blowers in place and ready for Sunset Seasons Greetings coming soon!

Down Sunset Boulevard, there is a new Walt Disney’s Mickey Mouse pink embroidered shirt at The Majestic.

The billboard above Sunset Ranch Market is also ready for Sunset Seasons Greetings. More “snoap” blowers can be seen next to the Fantasmic! billboard near Tower of Terror.

The blowers create fake snow from soap used during evenings throughout the holidays.

We had to get a quick drop in on Tower of Terror!

After stopping in for a stay at Tower of Terror, we made our way back down Sunset Boulevard. A new Winnie the Pooh Cuddlez plush is at Reel Vogue.

A Cars Land drawstring bag is just next door at Beverly Sunset Boutique. This might be the wrong side of the continent…

There are plenty of the new Pixar Crocs and Spirit Jerseys still in stock here. Those Crocs look so cozy!

We stopped near Gertie’s to see some Disney ducks taking a morning snooze near one of her footprints.

Over at Tatooine Traders, there is a Sketchbook ornament featuring Leia and R2-D2. Peep the snow-very-cute R6-SNO just next door!

Kylo Ren was out with his Stormtroopers overseeing the legions near the First Order Base Camop.

We waved to everyone on Slinky Dog Dash as we passed through Toy Story Land. It was such a nice day to go for a ride!

There is a new blue sherpa Pixar pullover at Jessie’s Trading Post with some familiar faces. I spy Woody, Mike Wazowski, and Sully to name a few.

A matching grey youth shirt is just across from the adult pullover. I spy an upside-down Dug!

As we were heading out, we spotted Chip’n’Dale getting silly with their trick-or-treat pails. They were asking everyone for acorns!

Time to park hop! We utilized the new Annual Passholder entrance at EPCOT.

We found a few of the new holiday pins at Pin Traders under Spaceship Earth. Pluto, Mickey, and Goofy are getting ready to deck the halls as it looks like they are unpacking decorations.

A few new colorful EPCOT 40th anniversary ornaments featuring the pavilion logos, countries, and figment are shining on the shelves.

“The World’s Most Magical Celebration” can be read on this new 50th anniversary Alex & Ani bracelet.

Club Cool is still using their usual disposable small cups but without the Coca-Cola logo.

Signage at Refreshment Station (the old Cool Wash) was covered just days after we saw the new sign reveal.

You can now be an amazing artist with The Amazing Spider-Man Art Kit. Just like the Star Wars one we found earlier, it comes with a ton of art materials.

A very cute and miniature light up Figment is on Spaceship Earth for this Sketchbook ornament. It looks just like a miniature version of its larger figurine.

We’re heading out to go take a spin on Spaceship Earth, thanks for following along today!