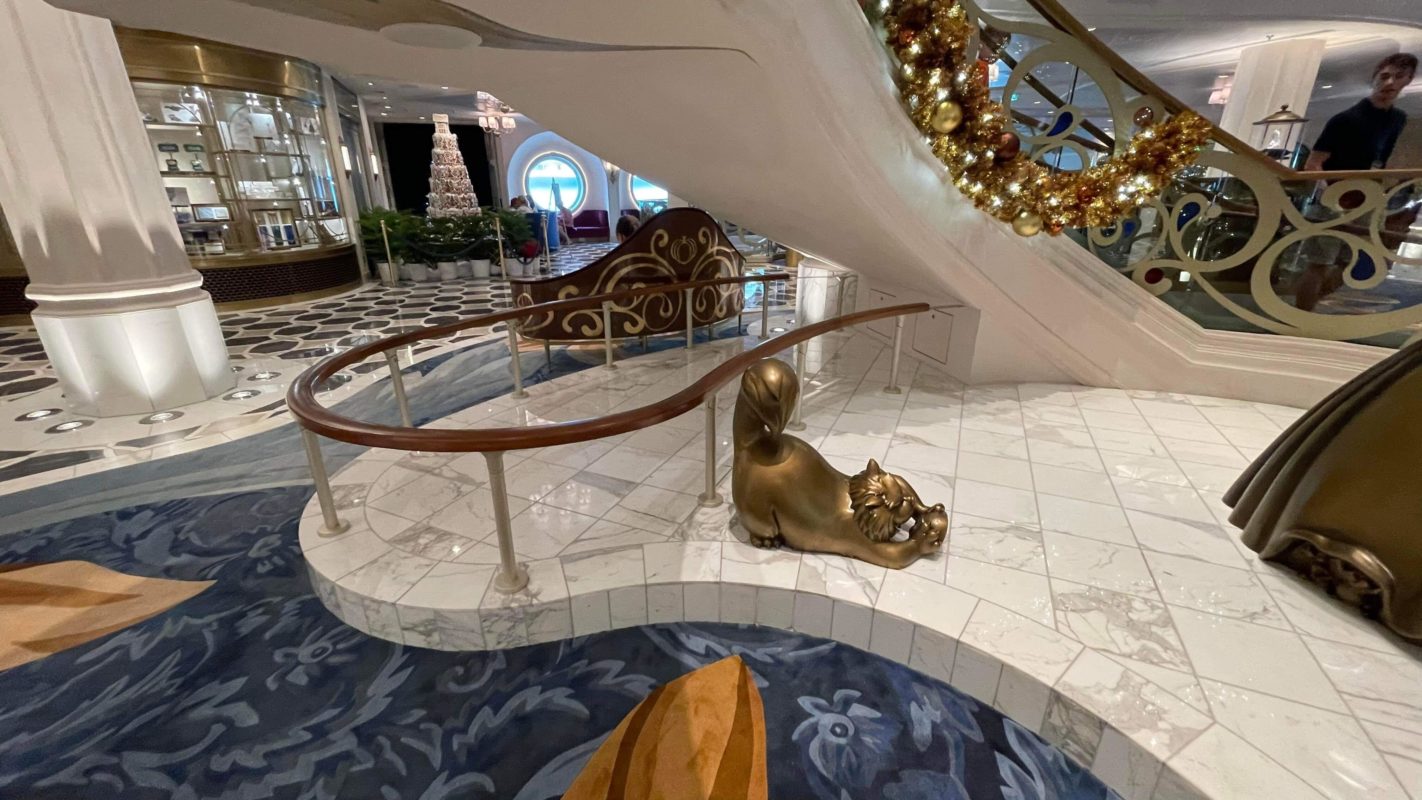 The Disney Wish got off to a slow start, and construction continues to drag on finishing details. As we reported from our cruises after its launch this summer, many things on board the newest Disney Cruise Line ship were broken or unfinished. Now, a reader reports that third-party companies are still installing features overnight this late into the year.

The maiden voyage of the Disney Wish was delayed first from “early 2022” to “summer 2022,” and then from June 9 to July 14, and test cruises right before the July date were canceled, with reports indicating major delays with the Atrium and dining rooms. The ship had initially faced delays due to the coronavirus pandemic, which delayed the ship’s construction at the Meyer Werft shipyard in Germany.

When we were on the Disney Wish this summer, it was evident that the ship was unfinished. Floor numbers were missing from directional signage, as seen above. There were exposed brackets in the rooms, as pictured below.

Parts of the facilities were “temporarily out of order” and others held together by tape. The first cruises also went without Disney’s Aladdin – A Musical Spectacular, which was still in rehearsals, and the Olaf’s Royal Picnic Upcharge Experience because the Olaf animatronic was broken.

Now, four months after the maiden voyage, finishing details are still being installed on the Disney Wish.

A WDWNT reader sent in photos from aboard the ship, where a third-party company had installed a cane railing in the Atrium overnight. The Cast Members reported the railing was to prevent people from bumping their heads on the staircase.

Specifically, railings like this help protect guests with visual impairments. It’s called a cane rail because they are meant to be hit by a person’s guide cane. They are required by code when there is only 80″ of headroom below a staircase.

For more about our experiences on the Disney Wish, check out the following articles, or check out our full reviews here: