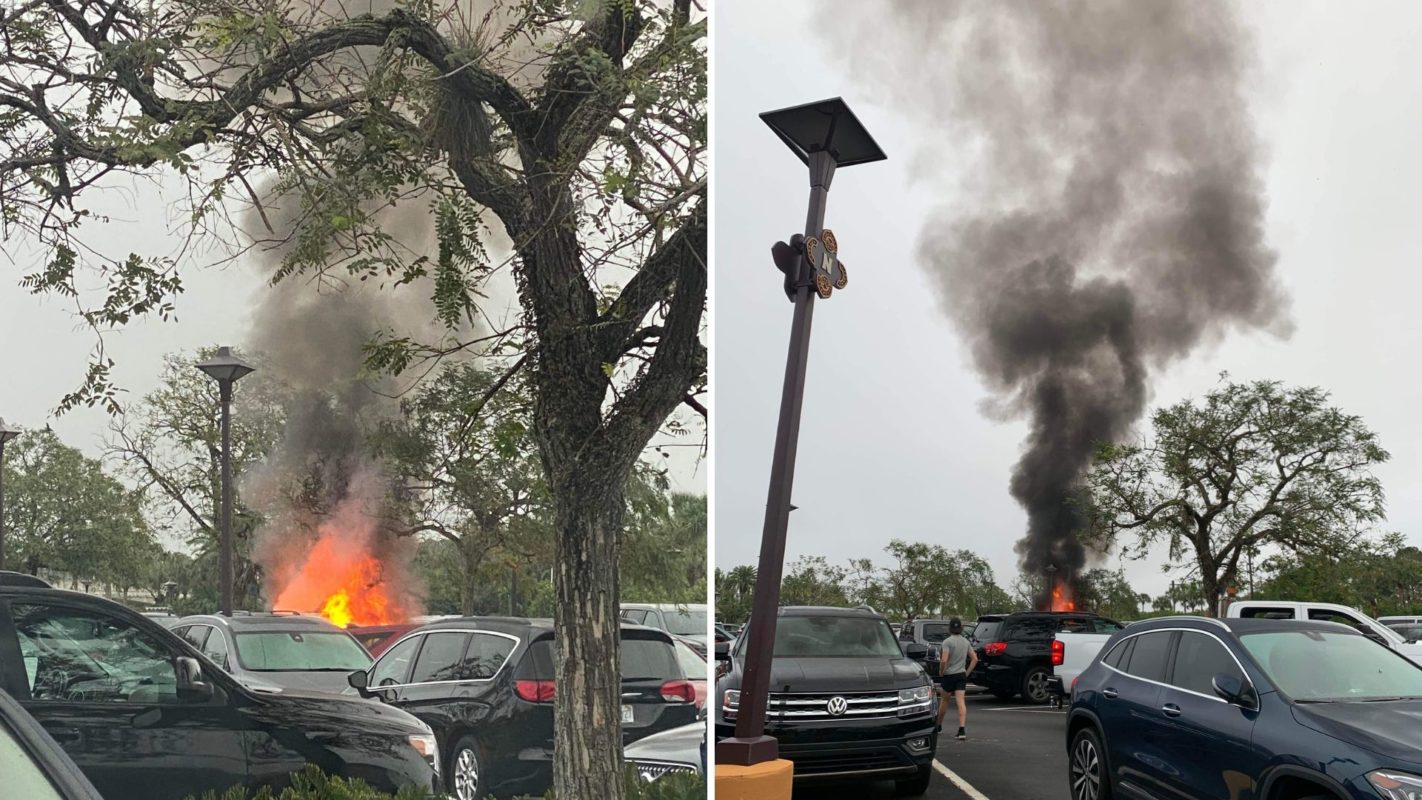 A minivan was on fire in Disney’s Polynesian Village Resort parking lot at approximately 7:55 a.m. this morning.

Kim Kuczmarski Kubitz sent us photos of the fire.

According to Kubitz, at least four cars around the minivan were also damaged.

A huge black smoke cloud rose above the parking lot.

Reedy Creek Fire Department was on the scene and had the fire out within a few minutes.

The smoke was visible from elsewhere in the resort. Guest Bart Garey shared this photo of the smoke over resort buildings to a Disney Vacation Club Facebook group.

Another guest, Heidi Fritz Miller, shared a photo of the damaged van, which appears to be a white Chrysler Pacifica, after the fire was out.

The reason for the fire is not clear but it appears to have been an issue with the minivan specifically. No injuries have been reported.

Disney’s Polynesian Village Resort is currently decorated for the winter holidays and construction has begun on a new Disney Vacation Club wing.

REVIEW: Le Marché de Noël Holiday Kitchen Dazzles Us With Macaron Lollipop at the 2022 EPCOT International Festival of the Holidays