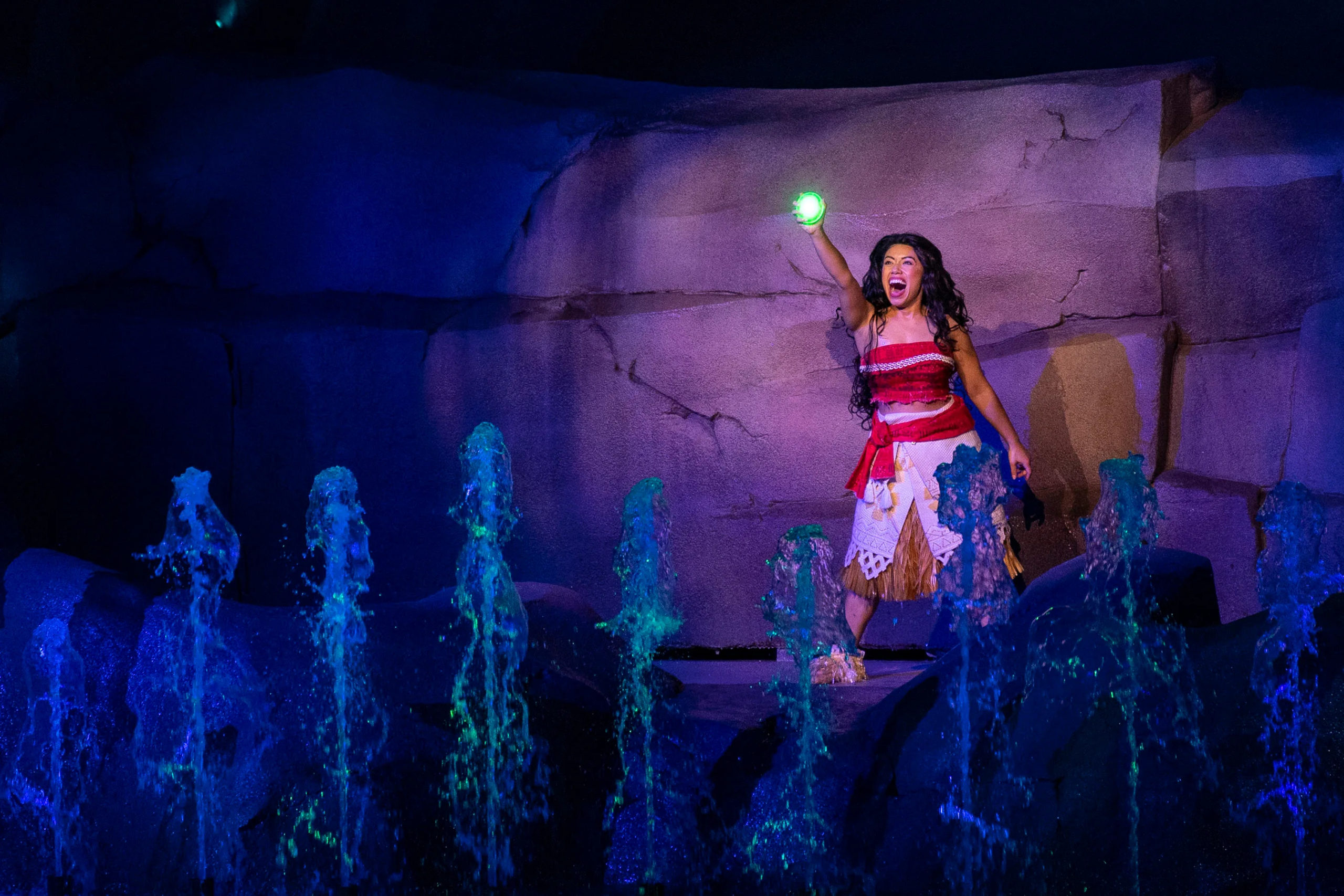 Walt Disney World has released new photos of the updated scenes coming to “Fantasmic!” when it returns on November 3!

In tribute to the original sequence which has been removed, Pocahontas is painting with all the colors of the wind in the updated version.

There’s also a shot of Mulan getting down to business to defeat the Huns.

Finally, we see Moana singing as she holds the Heart of Te Fiti, answering the call of the ocean.

The Disney Parks blog explained the entire sequence as such: “Through this entire sequence, we go on a journey with our heroes. We see them faced with a decision, and how hard that can be for them, then watch as they find that strength within themselves to push through in a truly spectacular way,” says Disney Live Entertainment Show Director, Matthew Hamel.

Fear not though, classic sequences like the princess waltz are still part of the show!

In classic “Fantasmic!” fashion, the Evil Queen summons all the forces of evil to control Mickey’s mind as the show builds to its climax.

Are the powers of Mickey’s incredible imagination strong enough and bright enough to withstand the evil forces that invade Mickey’s dream? We’ll find out on November 3! Of course, Cast Member previews kick off this evening.

In the end, everything turns out as it should, with Mickey and friends piloting Steamboat Willie around the theater while that iconic theme song plays, rounding out the now 29-minute spectacular — three minutes longer than before the pandemic.

Mickey’s sure got some imagination, huh?

This update marks the first major change to the show since it debuted at Walt Disney World in 1998. Over at Disneyland, its version of “Fantasmic!” returned to the Rivers of America in May, but we will never see again the Tokyo DisneySea version, as it was set to close permanently in March 2020 even before the COVID-19 pandemic.

“Fantasmic!” officially returns November 3 to Disney’s Hollywood Studios. If you’re looking to chow down on some food before heading into the Hollywood Hills Amphitheatre, check out our full details on the return of “Fantasmic!” dining packages including prices and participating restaurants around the park. And let us know if you’re excited in the comments below!