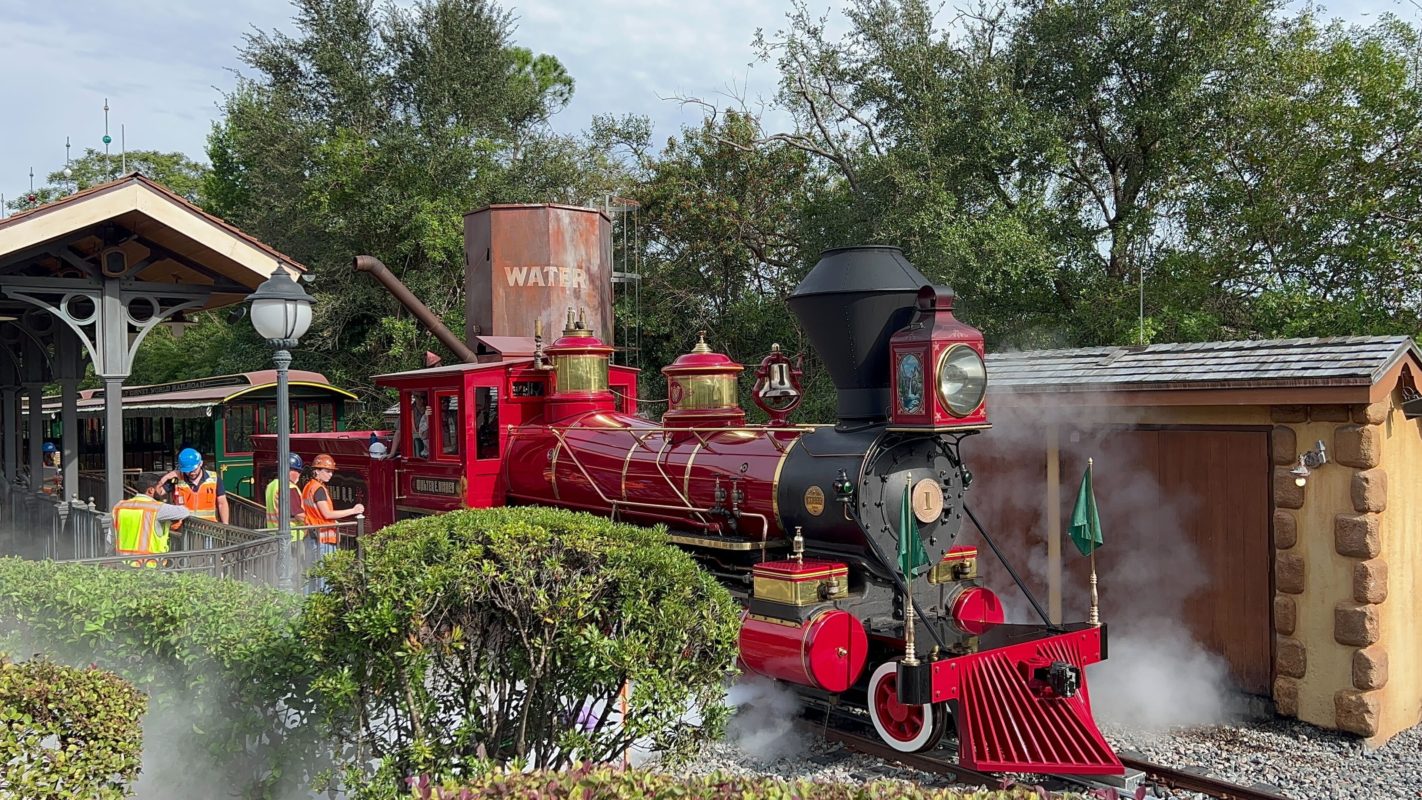 Recent staffing changes indicate that Disney is aiming to reopen the Walt Disney World Railroad at Magic Kingdom before this Christmas, December 25.

The Railroad has been closed since October 2018, when it was shut down in order to reroute the tracks for the construction of TRON Lightcycle / Run.

We recently saw the Walter E. Disney testing the full track with Cast Members on board. Meanwhile, work at the construction zone at TRON has been slowing down, with landscaping in progress.

Now, train station attendants have begun training, indicating that they are getting closer to a grand reopening.

The Walt Disney World Railroad is a steam-powered locomotive that takes guests around Magic Kingdom. There are three stations throughout the park — Main Street, Frontierland, and Fantasyland — where guests can board and disembark at will. The full loop is approximately 20 minutes and 1.5 miles. There are four trains, including the Walter E. Disney (Engine #1), Lilly Belle (Engine #2), Roger E. Broggie (Engine #3), and the Roy O. Disney (Engine #4).

The week between Christmas and New Year’s Day is one of the busiest times of the year at Walt Disney World, and reopening the train would add much-needed capacity to help disburse the crowds.

Are you ready for the Walt Disney World Railroad to reopen? Let us know in the comments.

4 thoughts on “RUMOR: Staffing Points to Reopening of the Walt Disney World Railroad Before Christmas 2022”