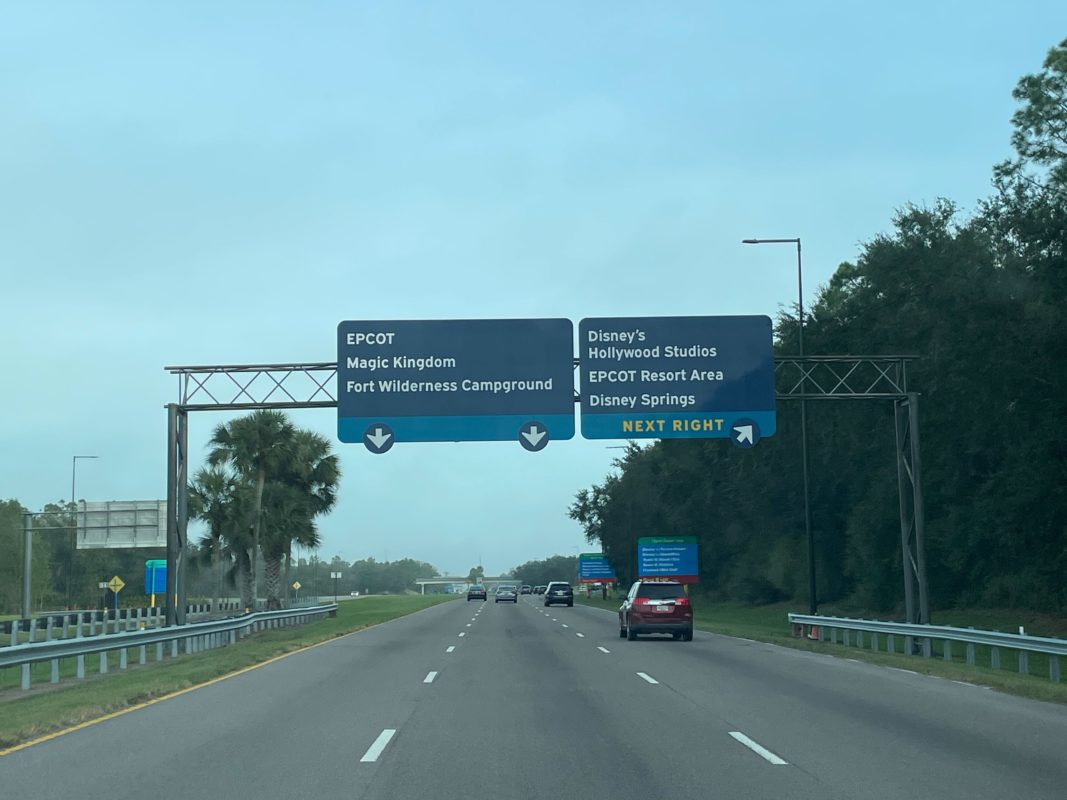 Two more of the iconic Walt Disney World purple road signs have been replaced, this time on World Drive.

Disney has been removing and replacing the classic signs throughout 2022 with updates like the addition of Star Wars: Galactic Starcruiser and the all-caps EPCOT name. These are the first signs to be replaced on World Drive, one of the major roads through Walt Disney World Resort.

The new signs are mostly dark blue with white letters. A stripe of brighter blue is across the bottom with yellow lettering and arrows.

The new style matches the blues at the Transportation and Ticket Center, which was repainted from its previous colorful palette in 2021 for “The World’s Most Magical Celebration.”

The purple and red signs were installed in the 1990s, designed by Sussman/Prejza for Walt Disney World and Euro Disney (now known as Disneyland Paris). The designs were intended to create “a vehicular signing system that would be unique in spirit, clean, easy to follow, and capable of being expanded as the area continues to grow.”

How do you feel about Walt Disney World losing the purple road signs? Let us know in the comments.

Full Guide to the Holiday Season at Disneyland Park