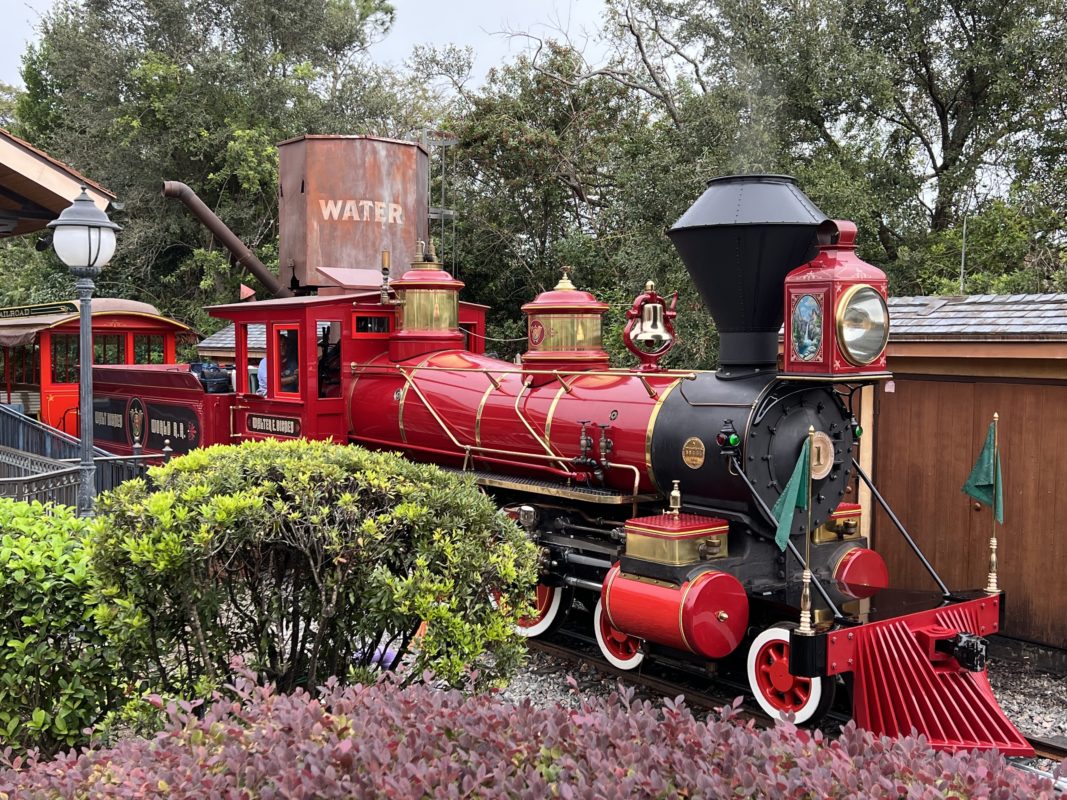 Walt Disney World Railroad at Magic Kingdom still doesn’t have a reopening date, but Cast Members have been testing the train engines on the new tracks and tunnel near TRON Lightcycle / Run in recent weeks. This morning, we saw the Walter E. Disney and Lilly Belle engines out on the tracks.

As the Walter E. Disney train pulled past the Fantasyland station, we heard new audio related to TRON Lightcycle / Run.

In the video above, we can hear a new narrator saying, “Next up is a place that’s always ahead of the curve, and not just because we’re on a straightaway.” The narrator speaks about Tomorrowland and then is interrupted by techy sounds and another voice announcing, “Spaceport 75.” After a moment of overlap, the Tomorrowland audio takes over and a new voice says, “Unidentified users detected in upload conduit area. Scanning.” There is then a scanning sound and the voice continues, although was no longer intelligible from where we were standing in Storybook Circus.

We also saw a Cast Member with a laptop, possibly running the new audio.

You can hear the last snippet of the new audio in the video above, too.

We did not hear the audio with the Lilly Belle.

Several Walt Disney World Railroad Cast Members were on the trains this morning, waving at guests as they went by.

Unfortunately, the railroad has not operated during the 50th anniversary of Walt Disney World. It has been closed for over four years due to the construction of TRON Lightcycle / Run.

Are you excited to ride the Walt Disney World Railroad again? Let us know in the comments.