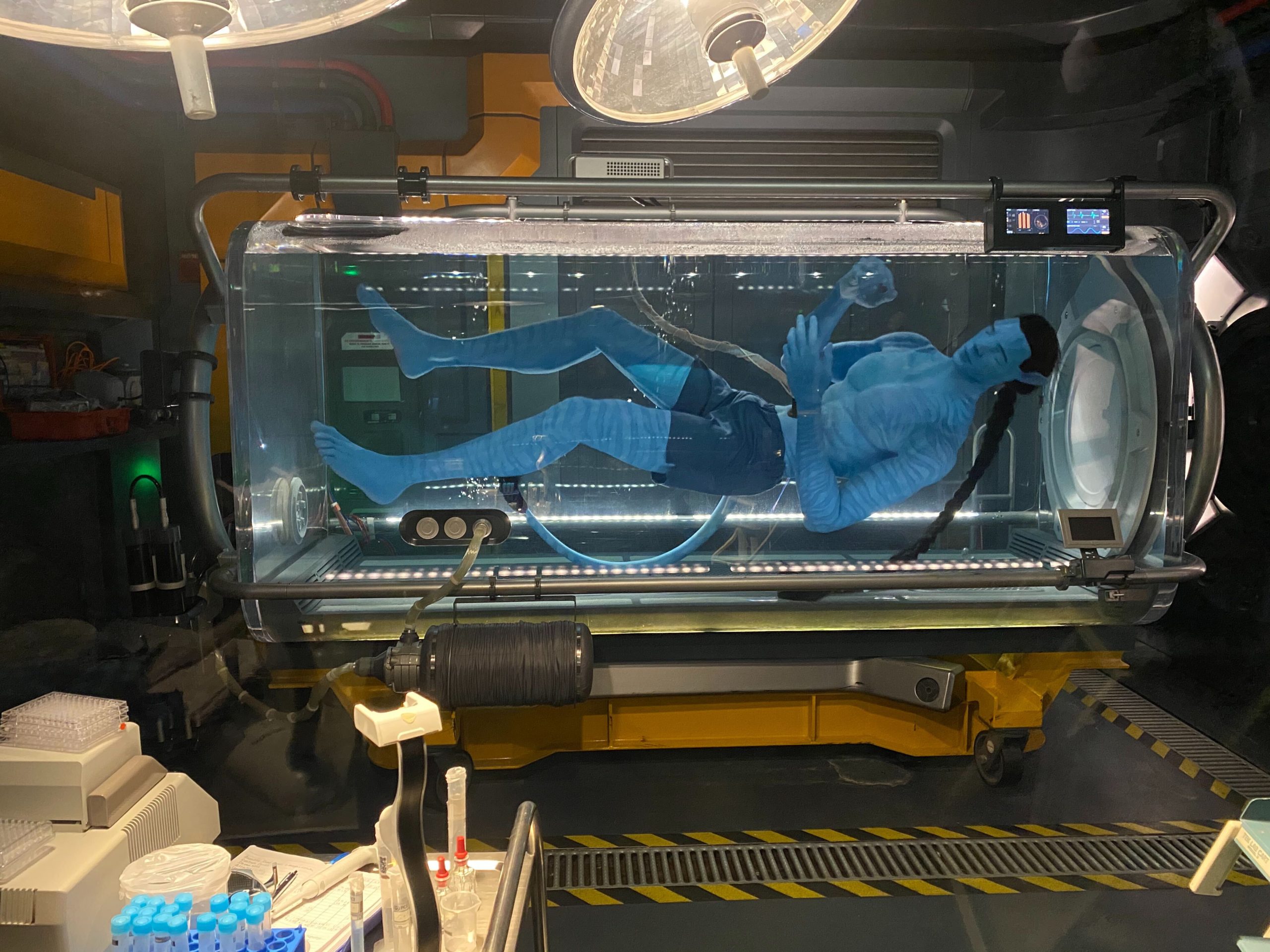 James Cameron suggested in an interview with Variety that Avatar Flight of Passage in Pandora – The World of Avatar at Disney’s Animal Kingdom could be updated to incorporate elements of “Avatar: The Way of Water” and future “Avatar” sequels.

Cameron told Variety, “When Bob Iger came back a couple weeks ago, I did send him an email and say, ‘You know, we can do “Avatar 2” and 3 motifs and put them into the physical hardware of ‘Avatar Flight of Passage.’ He liked that idea. So nothing has been decided. But, you know, we would like to carry that along and update it from time to time with things that flow back out of the new movies. Because I think there’s a good synergy between the physical base where you can go and just kind of meditate and be on Pandora and how the movies progress the story and bring in new imagery.”

Because Flight of Passage primarily relies on screens, it would be easy to incorporate new footage inspired by the “Avatar” sequels.

Watch the full Avatar Flight of Passage pre-show below.

And our full tour of the ride’s queue:

Pandora – The World of Avatar opened in Disney’s Animal Kingdom five years ago, and a celebratory merchandise collection was released this spring and summer.

It’s rumored that Disney’s Animal Kingdom will get an “Avatar: The Way of Water” version of the Tree of Life Awakenings Show soon.

“Avatar: The Way of Water” lands in theaters on December 16.