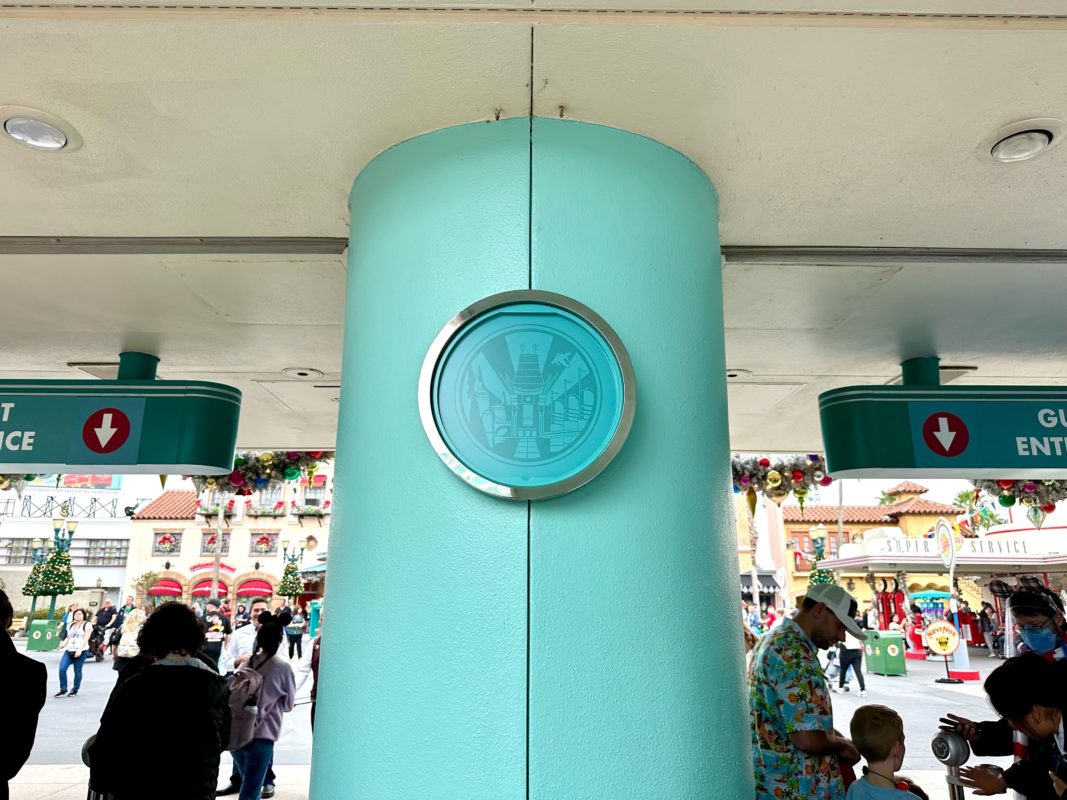 Back in October, some generic park logo signage was installed at the entrances of both the Magic Kingdom and EPCOT, which we later learned was to denote special entrances like Passholder lines. Now these signs have also gone up around the tapstiles at Disney’s Hollywood Studios!

The new park signs have been installed on the four columns at the guest entrance and exit locations. These signs are easily visible to visitors as they enter or exit the park.

These signs feature a relatively new Chinese Theater icon that debuted on rope flags in 2021. It’s also on some garbage cans, based on the original “Keep Our City Clean” cans the park has had since 1989.

The new signs feature the various sights of Disney’s Hollywood Studios, including the Chinese Theater, the columns which decorate the entrance, the buildings and rocks of Batuu in Star Wars: Galaxy’s Edge, and a flying Buzz Lightyear overhead.

What do you think of these new signs? Let us know in the comments below.