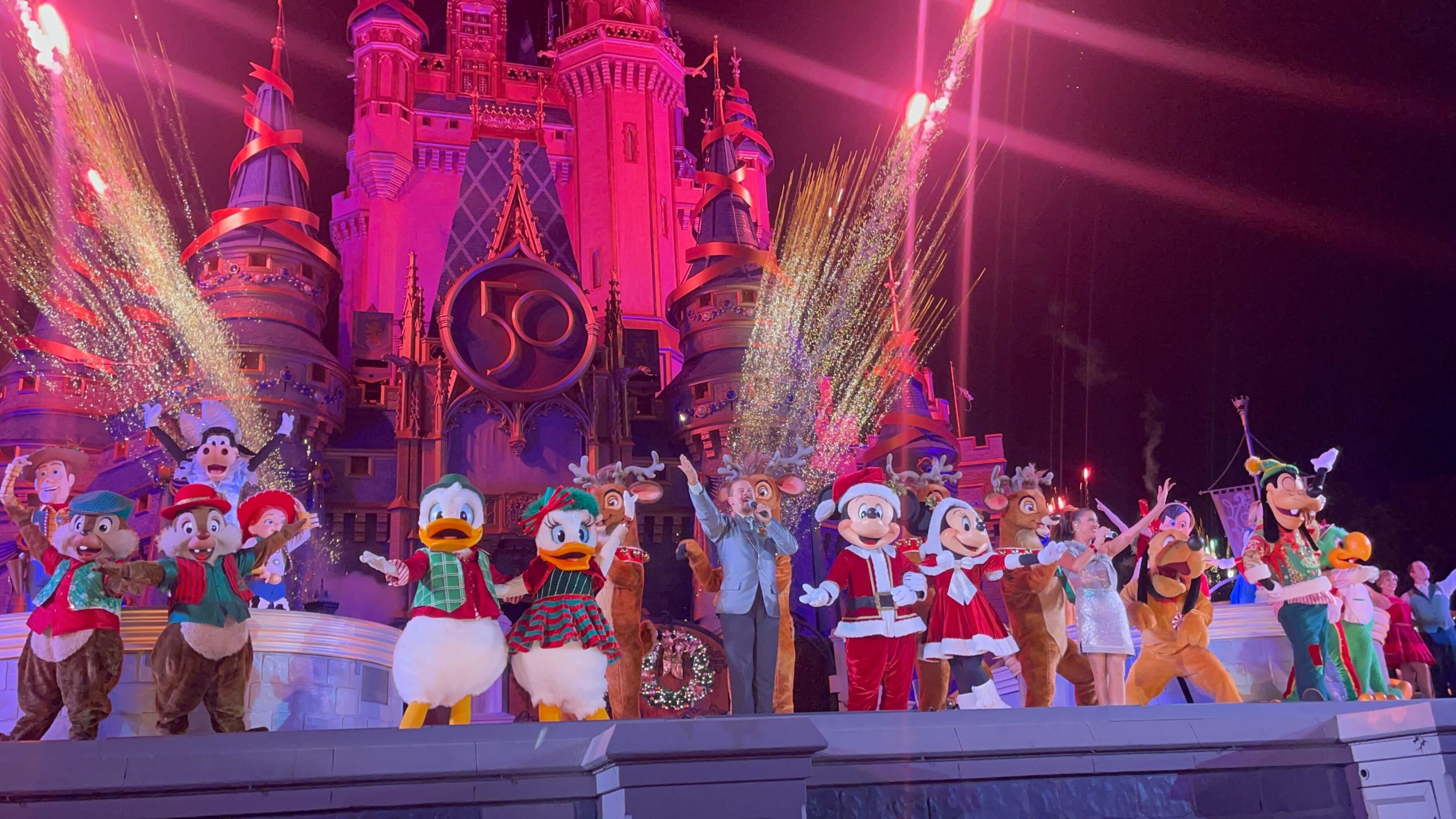 A line of dialogue from Goofy has been changed in “Mickey’s Most Merriest Celebration” during Mickey’s Very Merry Christmas Party at Magic Kingdom.

“Mickey’s Most Merriest Celebration” debuted in 2016 and was performed at Mickey’s Very Merry Christmas Party through 2019. The show and party then went on hiatus due to COVID-19, until returning in 2022. The line change premiered with the show’s 2022 return, the only significant update the show has seen since its debut.

The line comes near the end of the show, after the bell-related medley. Donald bursts into center stage at the end of the song, ringing a bell. Chip and Dale laugh at him, and he asks, “What?” Previously, Goofy would then say, “Well, who’s a ding-a-ling now?” Now, Goofy says, “That was un-bell-ievable!”

The reason for the change is unclear, as “ding-a-ling” isn’t necessarily an inappropriate word. But it has unfortunate slang connotations, or possibly Disney simply didn’t want Goofy insulting himself and Donald anymore.