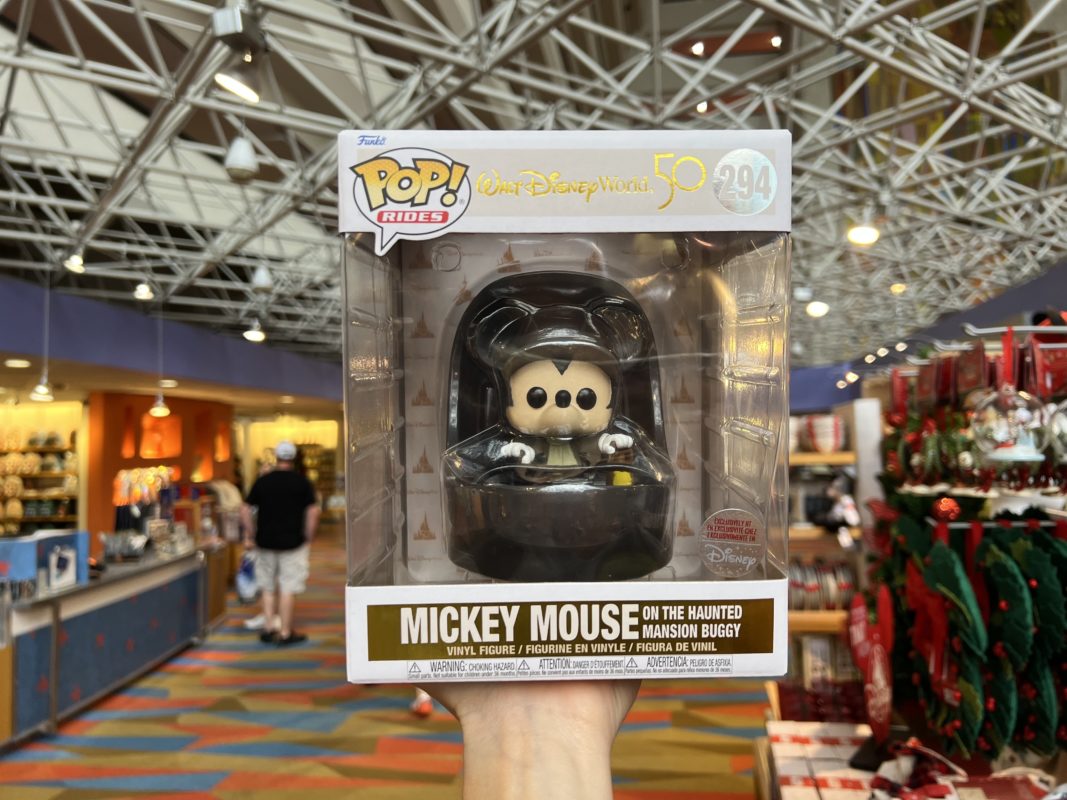 The Funko POP! of Mickey Mouse in a Haunted Mansion Doom Buggy has arrived at Walt Disney World after releasing early (and immediately selling out) at Disneyland Resort. We found the 50th anniversary Funko POP! in Bayview Gifts at Disney’s Contemporary Resort, where they had very limited stock.

Sitting in a Doom Buggy, Groundskeeper Mickey is dressed in a black jacket, matching pants, and a gray peaked cap, with a moss green scarf draped around his neck.

He holds a glowing lantern and a shovel.

The figure is the latest in a series celebrating the 50th anniversary of Walt Disney World Resort, mostly featuring Mickey on classic attractions.

Check out some of the other Walt Disney World 50th Anniversary Funko POP! figures: