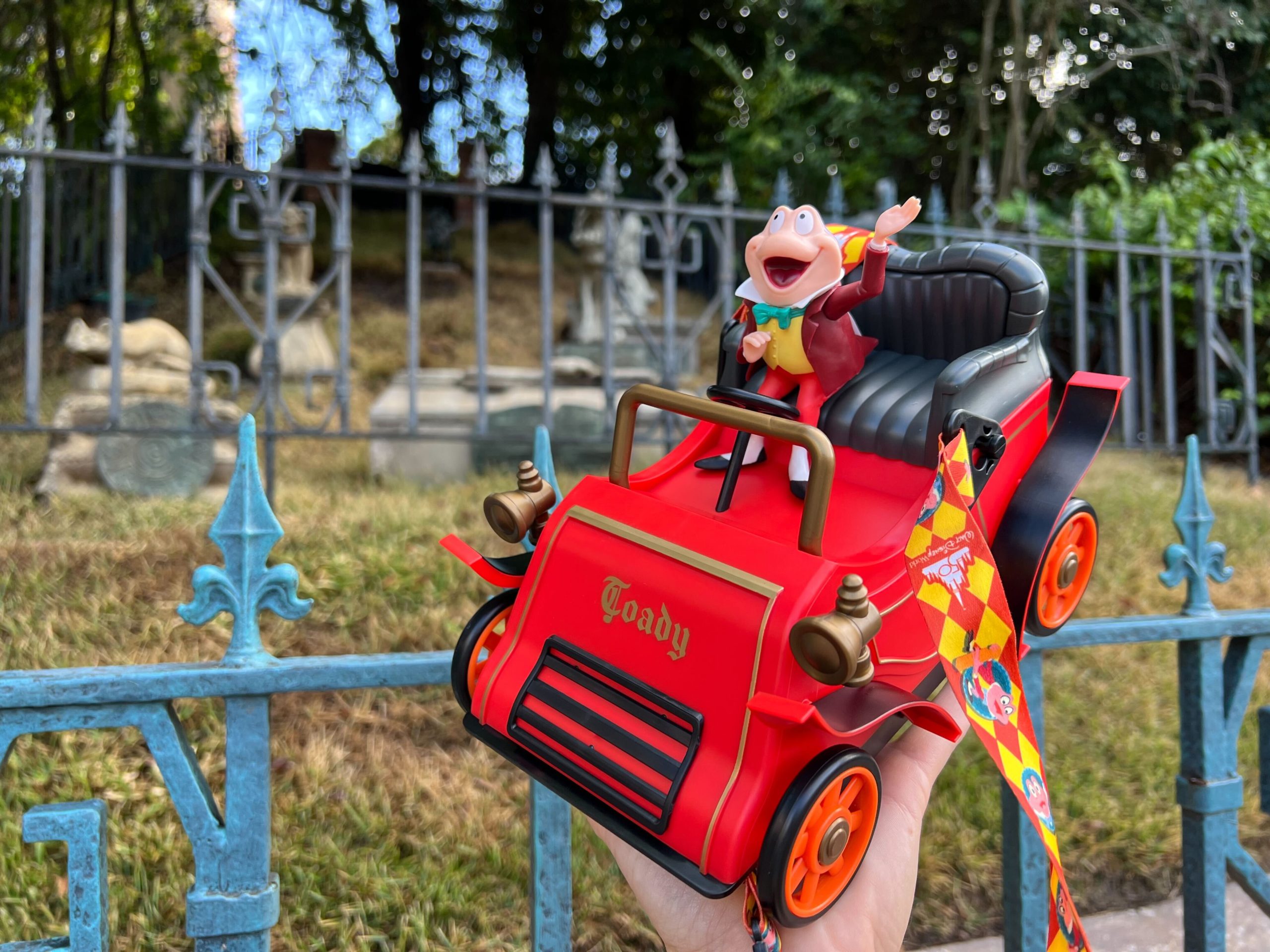 It seems the Magic Kingdom-exclusive Mr. Toad popcorn bucket isn’t selling as well as Disney expected, as it has now crashed into Disney Springs, too.

The bucket features Mr. Toad sitting in his red “Toady” car. It opens at the back for popcorn storage.

Disney Springs shared on Instagram that the Mr. Toad popcorn bucket is now available while supplies last in Exposition Park — the food truck area on the West Side of Disney Springs.

The bucket was first released via mobile order at Pete’s Silly Side Show in early November. It’s part of the Walt Disney World 50th anniversary celebration in honor of Mr. Toad’s Wild Ride. The attraction was part of the opening day lineup on October 1, 1971. It closed to make way for The Many Adventures of Winnie the Pooh in September of 1998. Banners and a ride vehicle can currently be seen in the Vault Collection shop in Marketplace Co-op at Disney Springs.

Mr. Toad was first featured in Disney’s “The Adventures of Ichabod and Mr. Toad,” which included “The Wind in the Willows.” The 1949 short film is based on the book of the same name by Kenneth Grahame, originally published in 1908.

Mr. Toad’s Wild Ride is still operating at Disneyland. You can see photos and watch our POV ride video here.