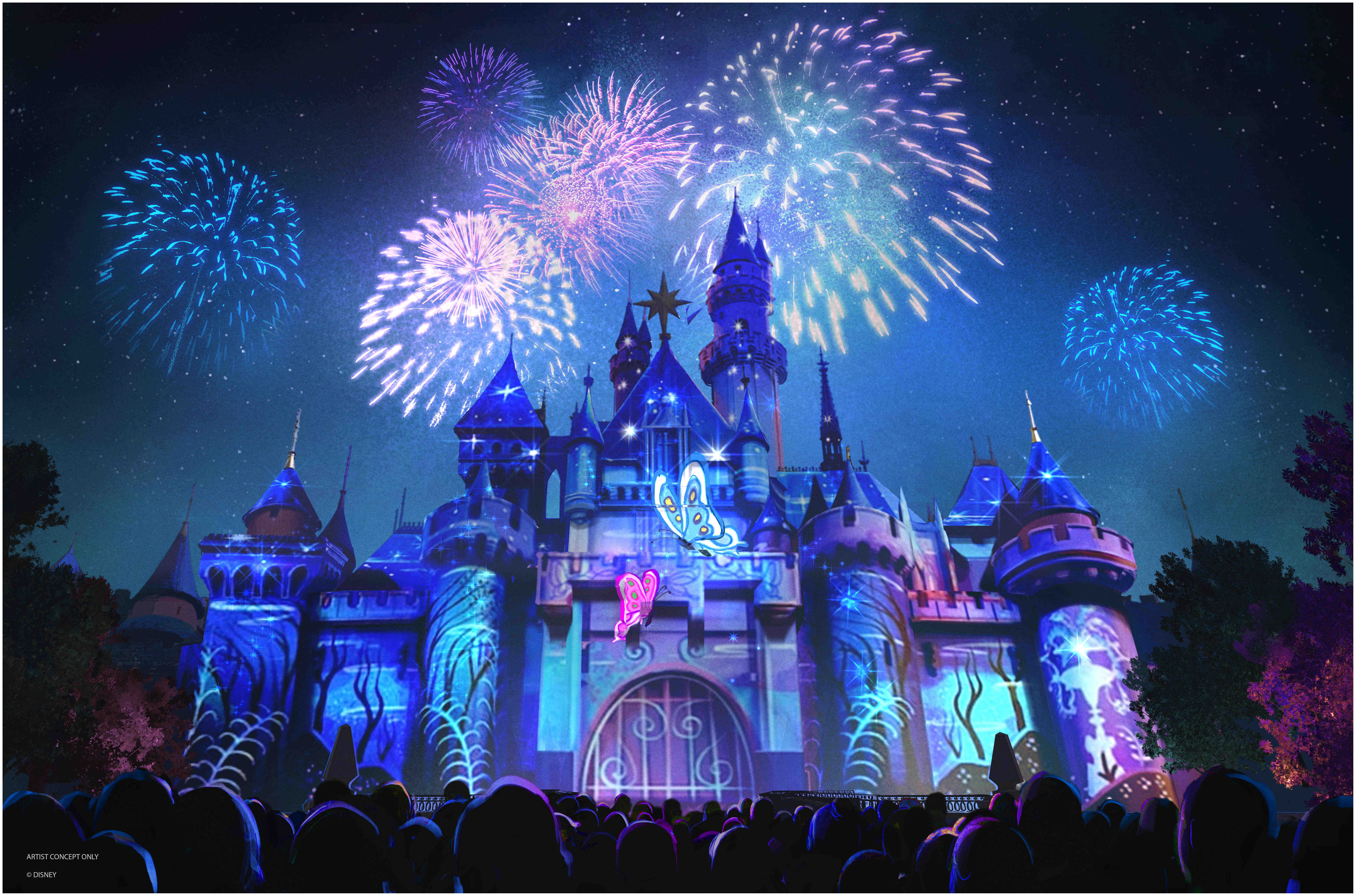 In celebration of the 100th anniversary of the Walt Disney Company, new entertainment offerings are coming to Disneyland Resort in January. Reportedly, the new Wondrous Journeys fireworks spectacular at Disneyland Park will feature a flyover from Baymax.

They had been riding Big Thunder Mountain Railroad when they spotted the figure. Wondrous Journeys is set to debut on January 27, 2023, as part of the anniversary celebration’s kickoff at Disneyland Resort. The show is likely rehearsing, and having the figure in place would fit in the timeline.

Previous spectaculars have included flyover appearances from Tinker Bell and Nemo. You can see the effect in our video of the Disneyland Forever spectacular below.

Wondrous Journeys is replacing Disneyland Forever, which has been performing on and off since 2015, when it debuted for the resort’s 60th anniversary. Its current run began on April 22, 2022, alongside the most recent return of the Main Street Electrical Parade. Both the parade and Disneyland Forever ended on September 1, 2022. The park switched to Halloween Screams for the fall and is currently performing Believe… in Holiday Magic for the season.

Wondrous Journeys is described as a “nighttime spectacular that will ignite the wonder in all of us. It will feature nods to every Walt Disney Animation Studios film to date, taking us on a journey filled with artistry, music, storytelling, and heart. It will continue to build upon the park’s state-of-the-art projection effects, turning Main Street, U.S.A., Sleeping Beauty Castle, the façade of “it’s a small world” and the Rivers of America into an artist’s canvas that brings characters to life all around you. On select nights, Wondrous Journeys will go even bigger with the addition of sparkling fireworks in the sky above Disneyland.”

This spectacular will also feature a new song, “It’s Wondrous.” You can see some of the projections and pyrotechnics in the concept art above.

Also on January 27, the new World of Color – One will debut at Disney California Adventure. Other Disney 100 Years of Wonder celebrations at Disneyland Resort include special decorations and fountains at Sleeping Beauty Castle, new costumes for Mickey and Minnie, 100th anniversary nametags for the Cast Members, and more. There will also be a Spirit Jersey, a popcorn bucket, and more merchandise. It has also been announced that the Magic Happens parade will return in February 2023 as part of the celebrations.

Baymax brings more “Big Hero Six” into the parks ahead of the San Fransokyo transformation coming to Pacific Wharf at Disney California Adventure. The new version of the land will include a Baymax meet-and-greet, food, and more.

What do you think about a flying Baymax as part of the new Wondrous Journeys fireworks spectacular? Let us know in the comments below.