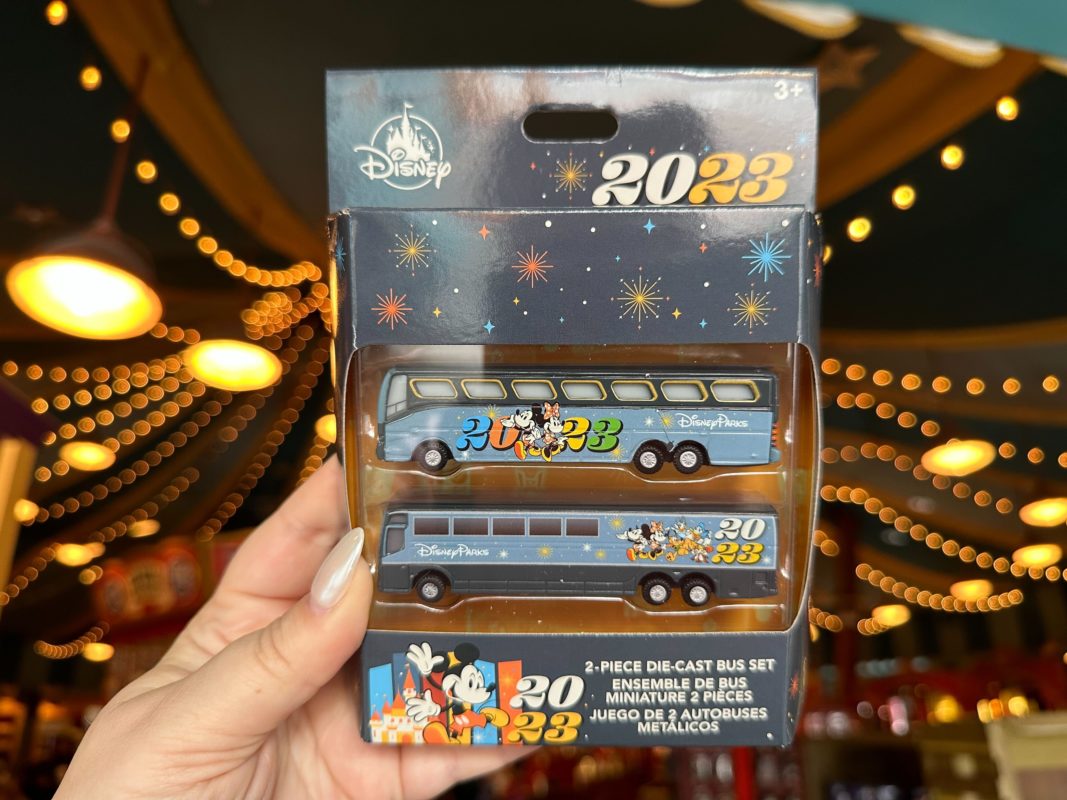 Calling all collectors! The 2023 die cast bus set is now available at Walt Disney World. We first found it in Big Top Souvenirs at Magic Kingdom.

Since the Magical Express service was discontinued, the sets have been reduced to two buses. The top bus resembles the Disney Cruise Line fleet and features Mickey and Minnie between “20” and “23.” The bottom bus resembles the standard Disney transportation buses, and has Mickey, Minnie, Donald, Daisy, Pluto, Chip, and Dale. Both are light blue with firework designs.

The set is also available to purchase online at shopDisney.

A non-dated bus set and a 50th anniversary set are available in the parks as well.