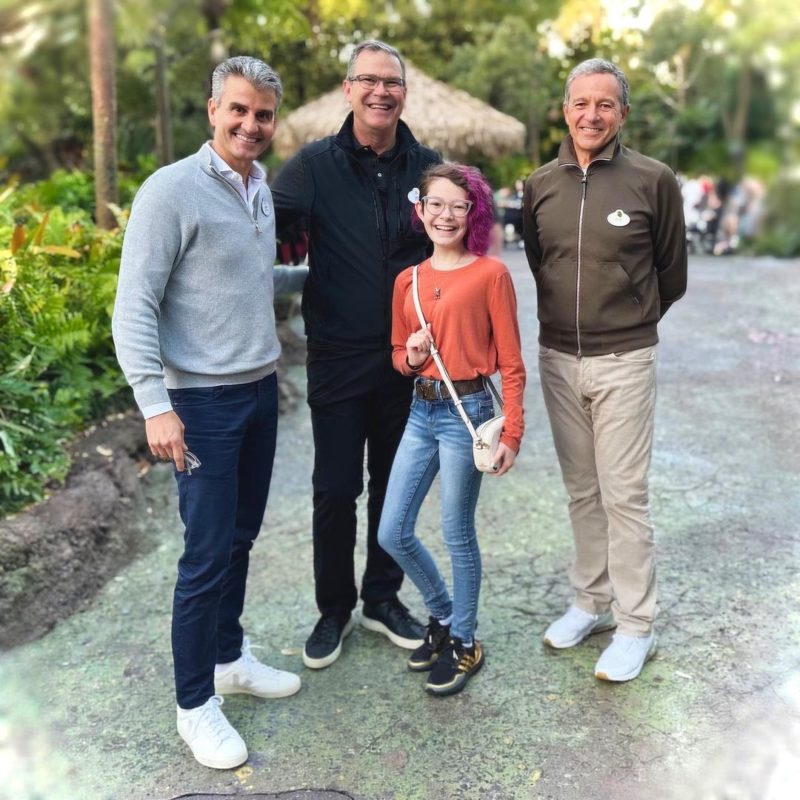 Instagram user @abigail_the_fun_princess shared a photo she took with the three executives at Disney’s Animal Kingdom.

Vahle commented on the photo, “Great meeting you Abby, and thanks for being our guest!”

While Josh D’Amaro and Jeff Vahle are spotted at Disney Parks relatively frequently, Chapek was rarely seen. This is the first time Iger has been seen in the parks since his return as CEO. All three walking the parks together gives the opportunity to discuss issues and changes as a group. And it’s generally positive for guests and Cast Members to see the executives face-to-face, so they can bring up their own concerns and know that they’ve been heard.

Bob Iger returned as CEO in November 2022 when Bob Chapek was suddenly fired. Iger hosted a town hall with Cast Members soon after to respond to questions and concerns.