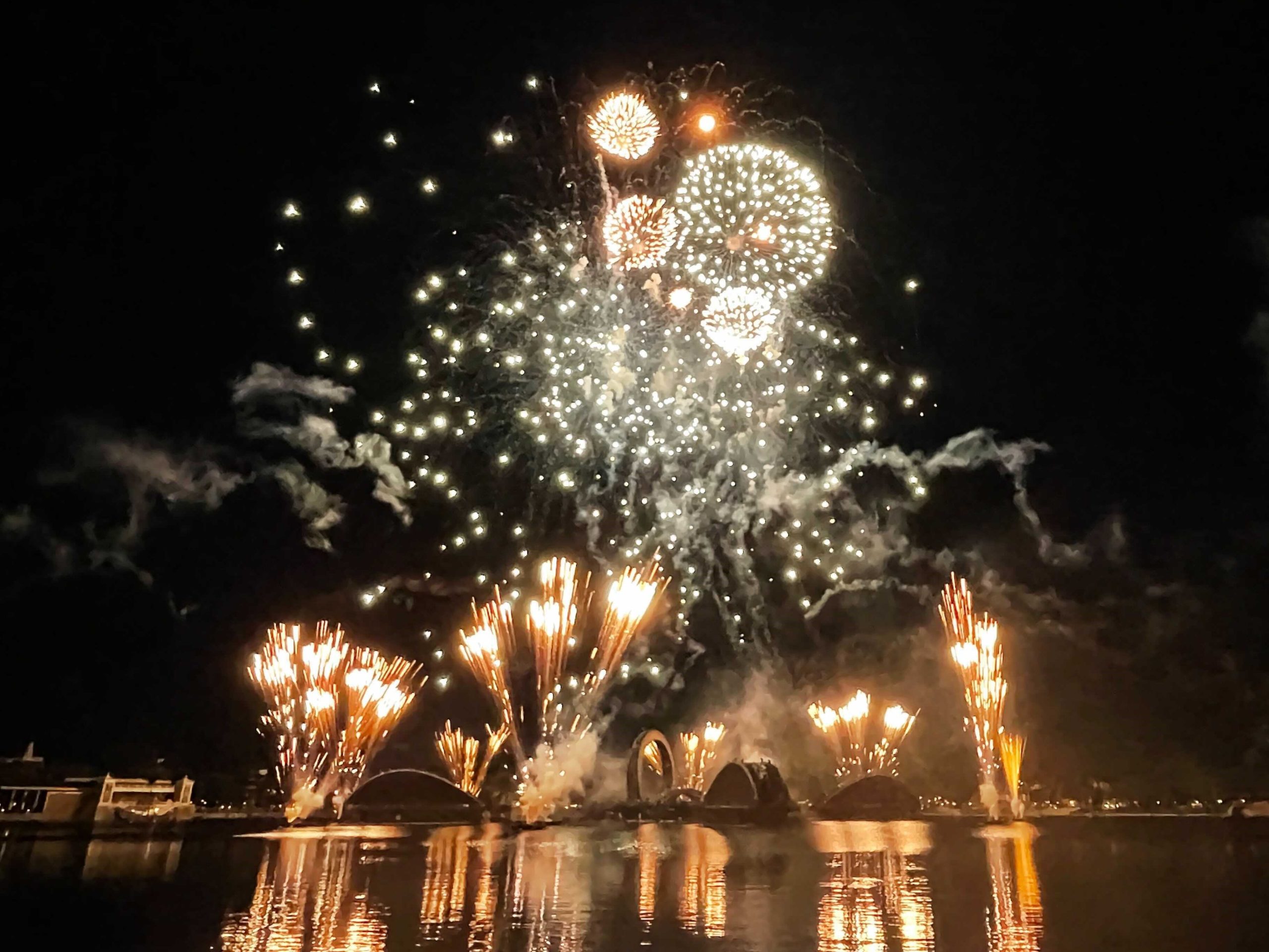 “EPCOT Forever” will return on April 3 after “Harmonious” ends to bridge the gap before the new Disney100 show launches later this year. The infamous Harmonious barges will be removed before the new show is ready.

Similar to how it appeared in 2021, “EPCOT Forever” is the perfect offering while our Entertainment team preps the lagoon, including a phased removal of fireworks platforms following the final “Harmonious” performance on April 2. A limited-time spectacle of lasers, lighting, special effects, and fireworks, “EPCOT Forever” returns with a collection of songs that offer both a trip down memory lane and a look toward the future.

Initially, “EPCOT Forever,” the interim fireworks spectacular, was planned to run until “Harmonious” was set to debut. However, due to the outbreak of the coronavirus pandemic, the theme parks were closed, and several upcoming projects, including “Harmonious,” were delayed as a result.

When EPCOT reopened in the summer of 2020, the barges for “Harmonious” started appearing in the lagoon. Back in May 2021, “EPCOT Forever” would return as “Harmonious” was not ready to perform until later that year. This was when fireworks at large returned to the Walt Disney World Resort post-pandemic closures.

Both shows were not without their problems.

In one section of “EPCOT Forever,” acrobatic kites, pulled by jet skis zipping around the lagoon, twisted and turned in the sky. However, there were numerous issues with the kites and the jet skis both malfunctioning.

“Harmonious” faced additional challenges. Many people found the show to be uninspiring. However, the most significant concern that Disney enthusiasts had were the enormous barges that were placed in the lagoon. These structures might have been more easily accepted if they were removed prior to the start of the show, similar to how “IllumiNations” was done. Unfortunately, these massive barges were permanently placed in the lagoon.

These barges were widely considered unsightly and impeded the stunning vistas of the lagoon on either side. In addition, they were plagued by a variety of problems, ranging from malfunctioning equipment to outright fires.

This past September, at the D23 Expo, Parks Chairman Josh D’Amaro announced that “Harmonious,” would be replaced next year by a new show celebrating The Walt Disney Company’s 100 years.

In October of 2022, we reported that it was rumored that Disney will incorporate the use of drones in their new nighttime show at EPCOT, following the great success of Disney D-Light at Disneyland Paris for its 30th anniversary.

“EPCOT Forever” debuted in October 2019 with the end of IllumiNations: Reflections of Earth.

The nighttime show honored the park’s 37-year musical heritage, with a spectacular display of fireworks, music, lighting, lasers, and special effects set to revamped versions of iconic songs from classic EPCOT attractions such as “Journey Into Imagination,” “Spaceship Earth,” “Soarin’,” “Tapestry of Nations,” and “Universe of Energy.” The show was designed to pay tribute to the past, present, and future of EPCOT.

If you’re not familiar with the show or want to re-watch it before it comes back, watch our video of the “final” performance below.

Are you happy “EPCOT Forever” is returning for a limited run? Let us know in the comments below.

BREAKING: Happily Ever After Returning to Magic Kingdom on April 3