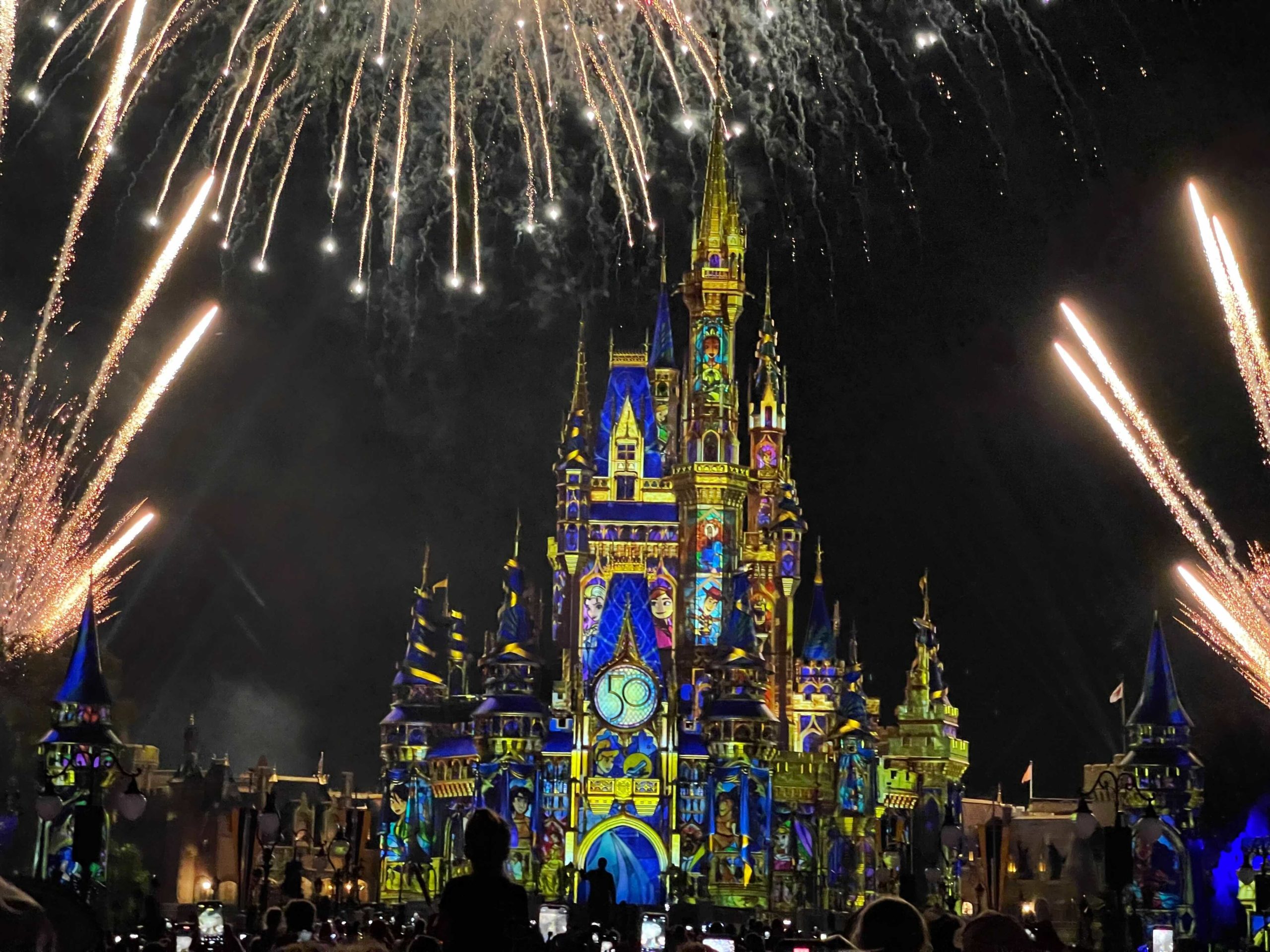 Disney has confirmed that Happily Ever After will be returning to Magic Kingdom on April 3.

The return of the show has sparked a lot of discussion on social media, with many Disney fans expressing their anticipation and joy. Comments such as “Bob Iger working his magic already” and “Soooooo excited!” reflect the level of excitement among fans.

“Disney Enchantment” replaced Happily Ever After on October 1, 2021. However, some guests expressed disappointment after a lack of archival footage and references to the park’s opening 50 years ago.

Eventually, the original version of the show was replaced with an updated version, which debuted on August 22, 2022, with a new opening sequence featuring Walt Disney, Roy Disney, Mickey Mouse, and classic park attractions. Some fans were pleased with the updates; however, others were not. When we posted video and photos of the updated show last year, one commenter simply said, “Bring back Happily Ever After.”

Last summer, Jordan Fisher, singer of the show’s eponymous theme song, advocated for the return of “Happily Ever After” to Magic Kingdom. In a video Tweet, he tagged Walt Disney World, asking, “Is ‘Happily Ever After’ gonna come back at some point? Like… Shouldn’t it come back?”

“Happily Ever After” is a spectacular fireworks and projection mapping show that premiered at the Magic Kingdom on May 12, 2017. The announcement that it would replace the popular “Wishes: A Magical Gathering of Disney Dreams” caused some disappointment among Disney fans. The theme song, which was adapted from Hong Kong Disneyland’s 10th anniversary celebration and “Mickey’s Storybook Adventure” from Shanghai Disneyland, was performed by Angie Keilhauer and Jordan Fisher.

To get you excited for the return of “Happily Ever After,” check out our video of the original show below:

One way these new nighttime shows differ from their predecessors is the use of projection mapping, which creates an immersive experience by projecting images onto buildings. Visitors on Main Street, U.S.A. are fully immersed in the castle show as a result. Though it might appear to be cutting-edge technology, projection mapping has actually been around since the late 1960s.

Disney is credited with being one of the pioneers of this technique, having debuted one of the first public displays of projection mapping onto 3D objects in 1969, when Disneyland opened their Haunted Mansion attraction, which featured singing three-dimensional busts in the graveyard scene and the floating crystal ball in the seance room. Unofficially it was knows as the Madame Leota effect.

Fast forward to Mickey’s Not-So-Scary Halloween Parties and Mickey’s Very Merry Christmas Parties, where simple projections of pumpkins and snowflakes, similar to those that can be purchased at a big box hardware store, were utilized.

In 2015, “Disneyland Forever” a show created for Disneyland’s 60th Diamond Celebration, was the first time projection mapping was used on Main Street, U.S.A. However, it had been previously utilized at Walt Disney World during the “The Magic, The Memories, and You” show which started on January 18, 2011, at Cinderella Castle. This show combined photographs and videos of park guests taken by Disney’s PhotoPass employees with projections of Disney characters and attractions, along with pre-selected music.

Watch “Disney Enchantment” in its entirety below.

The debut of projection mapping on Main Street U.S.A. at Walt Disney World was anticipated as early as 2019, but it wasn’t until the premiere of “Disney Enchantment” that it finally happened.

Are you excited for the return of “Happily Ever After?” Let us know your thoughts in the comments below.

3 thoughts on “BREAKING: Happily Ever After Returning to Magic Kingdom on April 3”