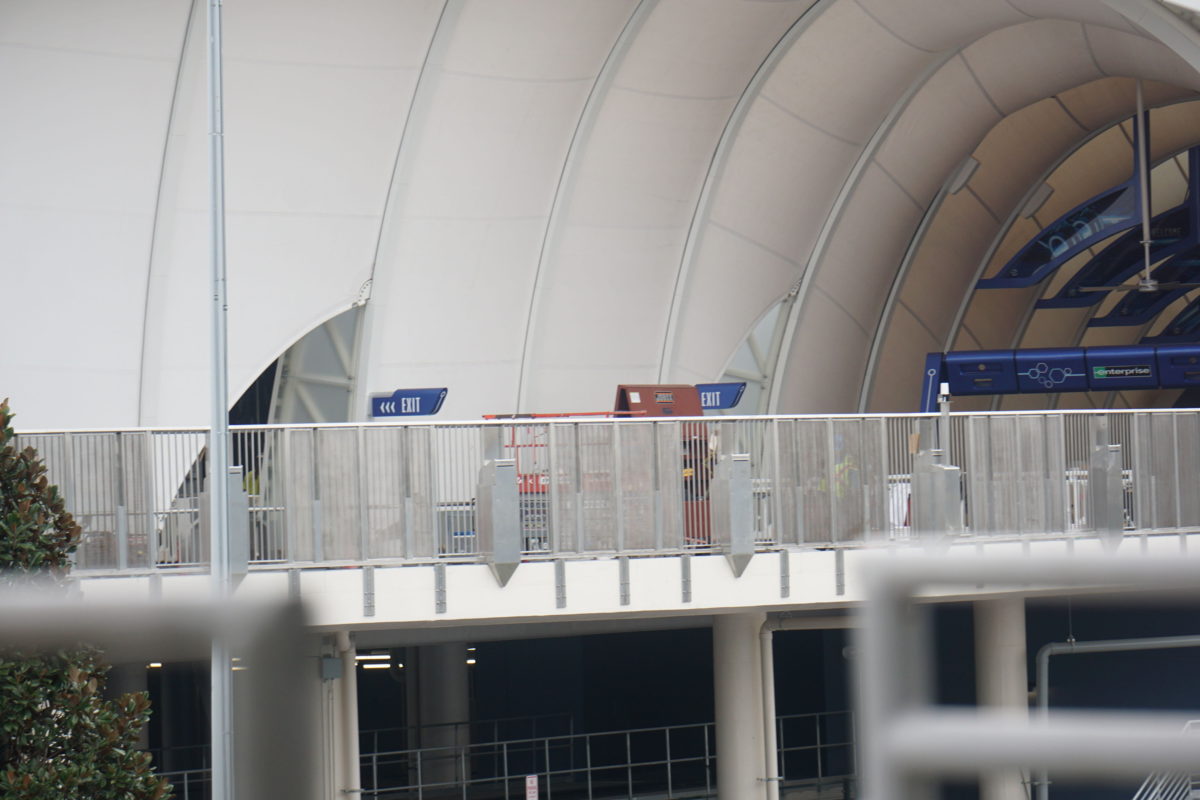 We’re officially in the same year as the opening of TRON Lightcycle / Run at Magic Kingdom, although an exact date has not been announced. Construction is starting to wrap up as testing of the attraction amps up.

The new roller-coaster is right behind the Tomorrowland Speedway, which briefly closed to be rerouted earlier in the construction process.

We now see TRON Lightcycles running frequently, although still not usually with people. We have also seen the cars full of dummies and weights.

There were many Imagineers on the ground today. Paving seems to be completed in the area in front of the walkways. One walkway is elevated, leading to the coaster’s entrance. The other is on the ground, leading to Storybook Circus. Railings now line the lower walkway.

Crew members were working on the planter at the front of the elevated walkway, where a sign for the attraction will eventually sit.

The sign in its planter is visible in the above concept art.

A blue archway featuring the logo of sponsor Enterprise is near the entrance to TRON Lightcycle / Run.

Exit signs have been installed near openings in the canopy.

From Storybook Circus, we saw some other crew members still working on a section of the elevated walkway.

Meanwhile, gift shop Tomorrowland Light & Power Co. remains closed and under construction. It will act as both the Space Mountain and TRON store so is getting an updated look.

The overhang above the side doors has been fixed up since the decorative towers were removed last spring.

Some black sheathing is still exposed between the doors, but for the most part, construction on the side looks complete.

Gear theming, including the large clock, has been removed from the store’s entrance.

We could just barely see the gutted interior of the store through an open set of doors. A crew member was working inside.