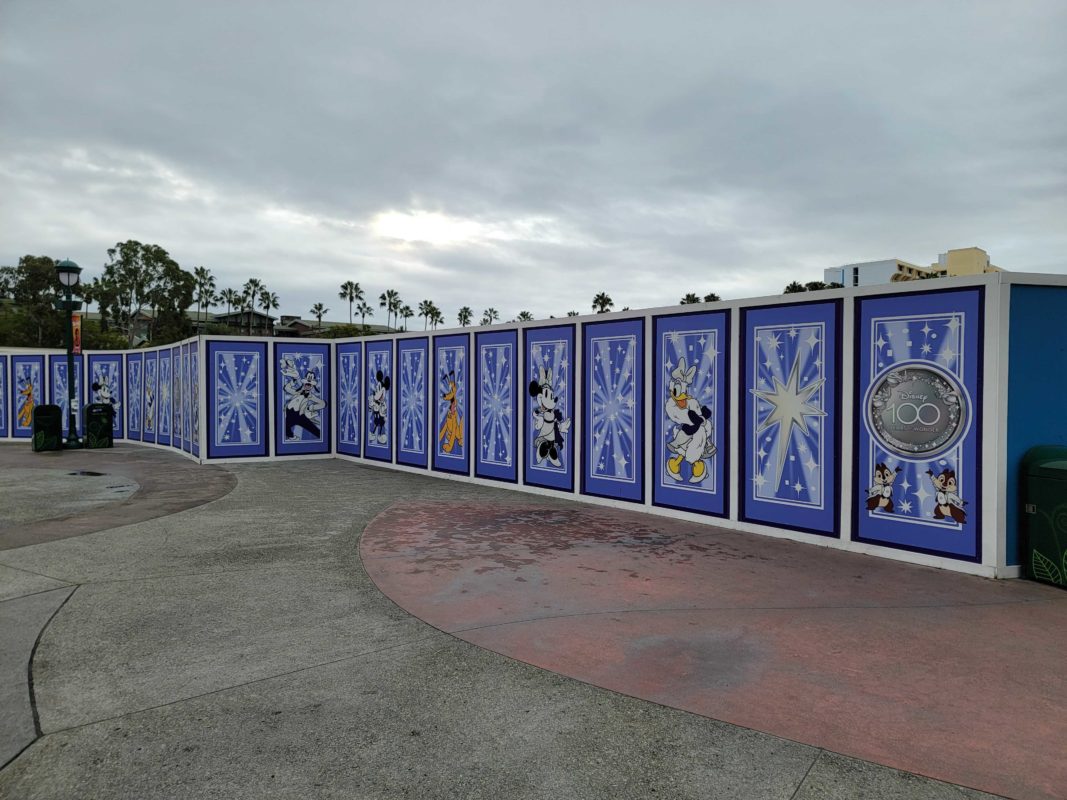 Even though we haven’t seen much progress in the actual construction of Downtown Disney District’s reimagining, the construction walls blocking the flattened land has been jazzed up for the Disney 100 Years of Wonder Celebration.

These walls block the construction zone for the reimagining of Downtown Disney District. It will be the future homes of Earl of Sandwich, Din Tai Fung, and other shopping and dining locations.

The walls have received new art featuring characters in their Disney 100 best. The official celebration for Disney 100 Years of Wonder begins on January 27.

The Fab 8 are depicted in their Disney 100 costumes.

Chip and Dale are shown presenting the Disney 100 logo.

A large platinum sparkle is taking up one of the panels.

Daisy Duck is shown with a feathered, platinum boa and platinum heels.

Another panel features a bunch of platinum sparkles. This could be acting as a photo backdrop but, do you really want to take pictures in front of a construction site?

You can purchase plushes of Mickey, Minnie, Pluto, and Chip and Dale in their Disney 100 costumes.

Even Tinkerbell is sprinkling some pixie dust on this construction site to get the ball rolling.

Will you snap a photo with these new walls? Let us know in the comments below!