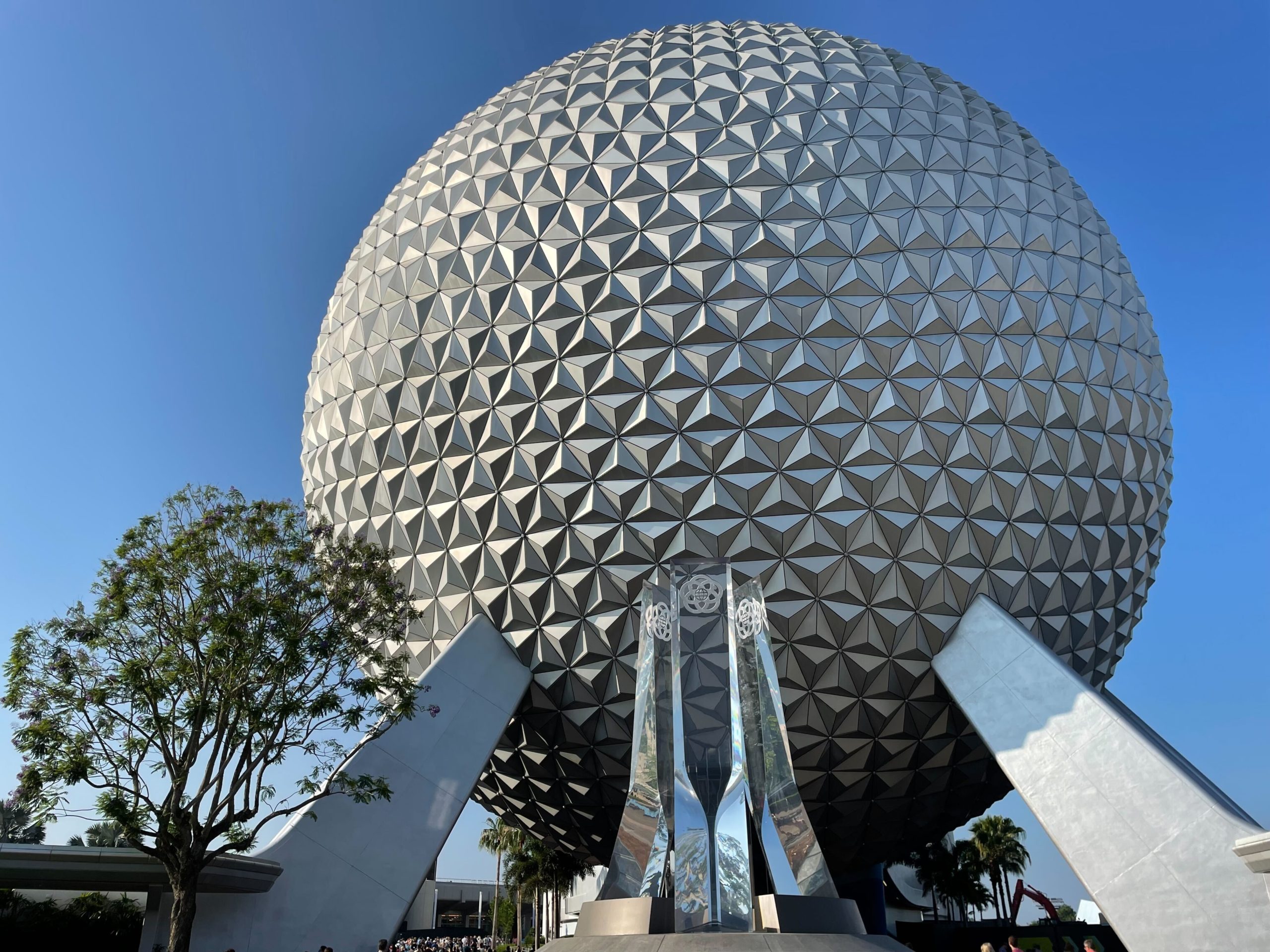 Spaceship Earth is a slow-moving, gentle, relaxing ride. No one has ever accused it of being an exciting thrill ride. On September 6, 2022, most of the action at Spaceship Earth happened in the line for the attraction.

Two men got into a physical fight that began over a wheelchair, according to an Orange County Sheriff’s report that was released this past week. One man said the other clipped him while pushing a family member with disabilities in the wheelchair.

The incident report captures the ugly side of humanity at Walt Disney World. Since no one was arrested or charged with a crime, we’re not identifying the men by their full names.

Darren, a 57-year-old man from Missouri, was standing in line for Spaceship Earth with his wife and his son, who was using the wheelchair. The report does not say how old the son is.

Darren gave his version of events to the sheriff’s department.

“While pushing his son’s wheelchair in line, Darren accidentally clipped the ankle of a male (James) in front of him with the wheelchair. The two men got into a verbal altercation, but eventually separated and got onto the ride. Darren stated James was waiting for him when he exited the ride,” the report said.

“A second verbal argument ensued. James was still upset, and Darren told him to stop being a wimp and to get over it. Both men argued one final time, outside the exit of the ride. Darren stated it was at this time that he shoved James with the palms of both hands. Darren recalled that James called him ‘piece of shit’ and got into his personal space, which was why he shoved him. Darren stated he was not afraid or fearful of James in that moment.”

The sheriff’s department also interviewed James, 48, who lives in Seminole County, to hear his side of the story.
James recounted how he and his wife, who uses a mobility scooter, waited for the ride in the wheelchair accessible line.
James said he got clipped in the ankle by Darren pushing his son in the wheelchair. Even though he thought he was struck unintentionally, James said he was upset Darren didn’t apologize, and he “verbally berated him but continued onto the ride.”

The two men’s feud continued after the ride was over, and the situation escalated.

“When James stepped outside, the male followed him, pushed him against the building with both hands, and struck James on the right side of his neck, with his left fist. James separated himself from the situation to find security,” the arrest report said. “James felt that the subject was waiting to confront him after getting off the ride, but also clarified that they got off the ride within minutes of each other.”

After speaking with law enforcement, James decided against pressing criminal charges against Darren.

“All parties were allowed to go their separate ways,” the incident report said.

Another incident where a guest waited at the exit of an attraction to start a fight occurred at the Magic Kingdom last year.

9 thoughts on “Not-So-Grand and Miraculous: Guest Gets Bumped by Wheelchair at Spaceship Earth, Waits at Exit for a Fight”