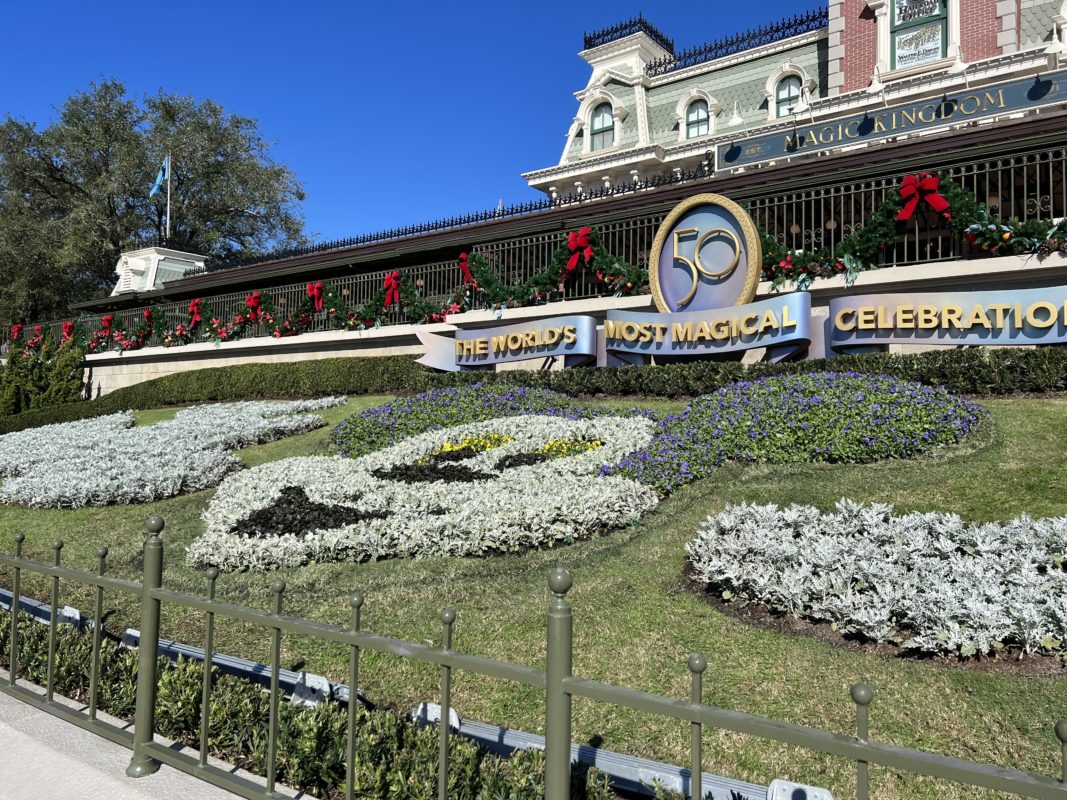 Mickey’s face is once again smiling out of the flower bed at the entrance to Magic Kingdom, just before guests pass under the Main Street, U.S.A. train station.

While a Mickey-shaped section of flowers has remained throughout “The World’s Most Magical Celebration,” Mickey’s facial features were absent.

His eyes, nose, and mouth are now clearly visible from the Monorail as it approaches Magic Kingdom.

Large golden 50s were placed in the flower bed at the beginning of “The World’s Most Magical Celebration,” along with the still remaining ribbon and 50 plaque. The 50s were later moved to the grass around the “hub” of Cinderella Castle.

Mickey’s ears are decorated with blue-purple flowers that match the remaining celebration signage. The celebration began back in 2021, for the park’s 50th anniversary on October 1 of that year.