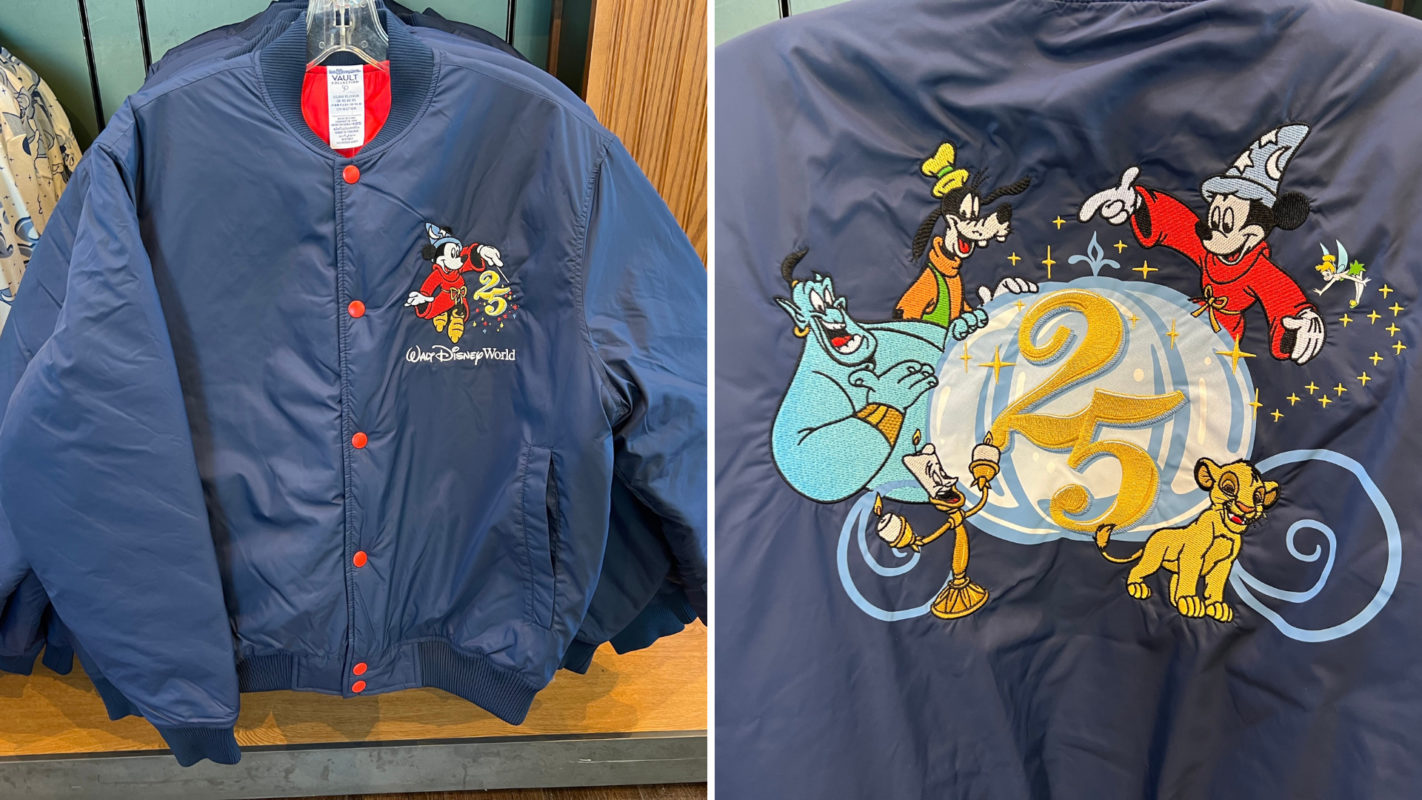 The last series of the Vault Collection keeps on delivering, with a new 25th Anniversary Bomber Jacket coming just in time to bring home for winter after a trip to Walt Disney World! We found this delightful new number at Port of Entry in EPCOT.

This is a navy bomber jacket with a red metal button snap front enclosure. It also has pockets and a 25th anniversary logo embroidered on the front chest, complete with Sorcerer Mickey as he was depicted back in 1996!

Mickey is casting his magic spell!

The back of this jacket has a beautiful embroidered pattern featuring Mickey Mouse, Simba, Lumiere, Genie, and Goofy in front of Cinderella’s carriage. This pattern was also often used during the 25th Anniversary.

We’ve seen lots of 25th Anniversary merchandise come from the Vault Collection this year as the 50th Anniversary celebration comes to an end. We’ve seen a giant rubber keychain themed to the Castle Cake, a commemorative pin, and a cap and shirt.

Do you plan to add this jacket to your collection? Let us know in the comments.