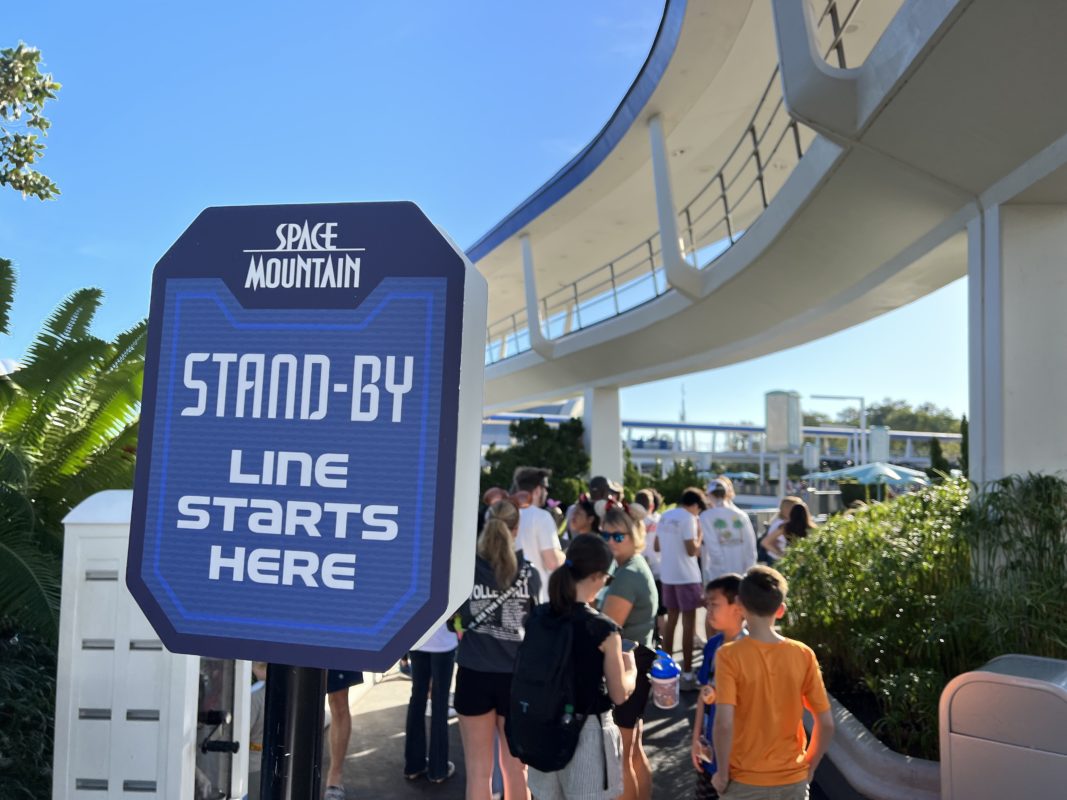 Good morning from a sunny Magic Kingdom! We have some ground to cover today so let’s get started.

We made the first stop of the day inside the Emporium, where we found a cool and spooky Haunted Mansion model kit. We found the Cinderella Castle and Space Mountain model kits last month.

While the Celebration room still had quite a few of the 50th anniversary grand finale Spirit Jerseys and Starbucks tumblers, they were completely sold out of the new holographic 50th anniversary castle Loungefly backpack. The ears have still not arrived.

A rather festive new Morocco pavilion pin is along the pin wall near the back of the shop for $14.99. We previously found Mexico and Canada and await the remaining new country designs.

Hey, Oswald! The lucky rabbit is holding on to the bracelet in the Disney 100 Years of Wonder Pandora Charm set.

More curbs are being refurbished in the hub near the churro cart. A few along Main Street, U.S.A., and the opposite side of the hub have already been done.

Workers at TRON can be seen near the roped off area where the attraction’s new sign will be installed at some point. Workers laid a solvent along the pathway leading up to the attraction.

We hopped aboard the Walt Disney World Railroad soon after our visit to the PeopleMover to check out some of the construction views from the ground. The areas on either side of the tracks leading up to TRON are still in need of a lot of work.

Not much has changed at Tomorrowland Light & Power Co since a few days ago when the gear clock was removed. Doors to the shop were propped open today to reveal an empty interior.

As we made our way into Fantasyland, the line for Space Mountain stretched far down to Tomorrowland Speedway, although the posted wait was 75 minutes.

Seven Dwarfs Mine Train was not much better. The ride had a posted 120 minute wait and wrapped around the attraction down towards The Little Mermaid.

Hundred Acre Goods has a new quilted Winnie the Pooh Loungefly wallet. One side has “Disney Loungefly,” and the other has Eeyore, Piglet, Pooh, and Tigger hanging out in the Hundred Acre Wood.

It appears as though the stand-by entrance sign above Princess Fairytale Hall has been repaired. Earlier this week, the small screen with the posted wait was covered with what looked like a black trash bag.

Inside Sir Mickey’s, Isabel from “Encanto” has a pretty floral purple dress perfect for playing dress-up.

Frontier Trading Post had a slew of new pins today, like this one that read “it’s time to remember the magic” from the 25th anniversary collection.

Sparkling platinum and purple 100th anniversary pins arrived today as well. This is a large 100 Years of Wonder pin with some of the popular characters on it, like Mickey, Minnie, and Tinker Bell.

There is also a limited release Avatar The Way of Water pin with bright oranges and blues for $17.99.

A large 50th anniversary pin joins the 100th and 25th anniversary pins. Mickey and friends surround a large Magic Kingdom banner with various instruments. The pin is a limited edition of 4,000 and is $59.99.

To finish the pins we found, there is another Snow White 85th anniversary limited edition of 2,050 pin set. We can see Snow White and her wishing well, the Prince, the Evil Queen, and the Huntsman in various scenes from the movie. The set is $34.99.

Long lines plagued Frontierland, where Big Thunder Mountain Railroad posted an 85 minute wait with the line extending far past the bridge. Splash Mountain had just reopened from a temporary closure, so guests flocked to the stand-by entrance.

After a quick walk around the park, we headed over to Disney’s Contemporary Resort. Race weekend transportation signs were posted around the hotel, and a new ride share waiting area sign was posted up outside near the main entrance.

We then made our way over to Disney’s Wilderness Lodge, where we saw work continuing on the Boulder Ridge Villas. Patio Chairs sat wrapped on the lower level of the resort building waiting to be placed.

Our final stop of the day was at Disney’s BoardWalk, where demolition is now moving rapidly on the future Cake Bake Shop. Workers can be seen above cutting out sections of the roofing as they continue to gut the old ESPN building.

That’s all for us here; thanks for following along today!