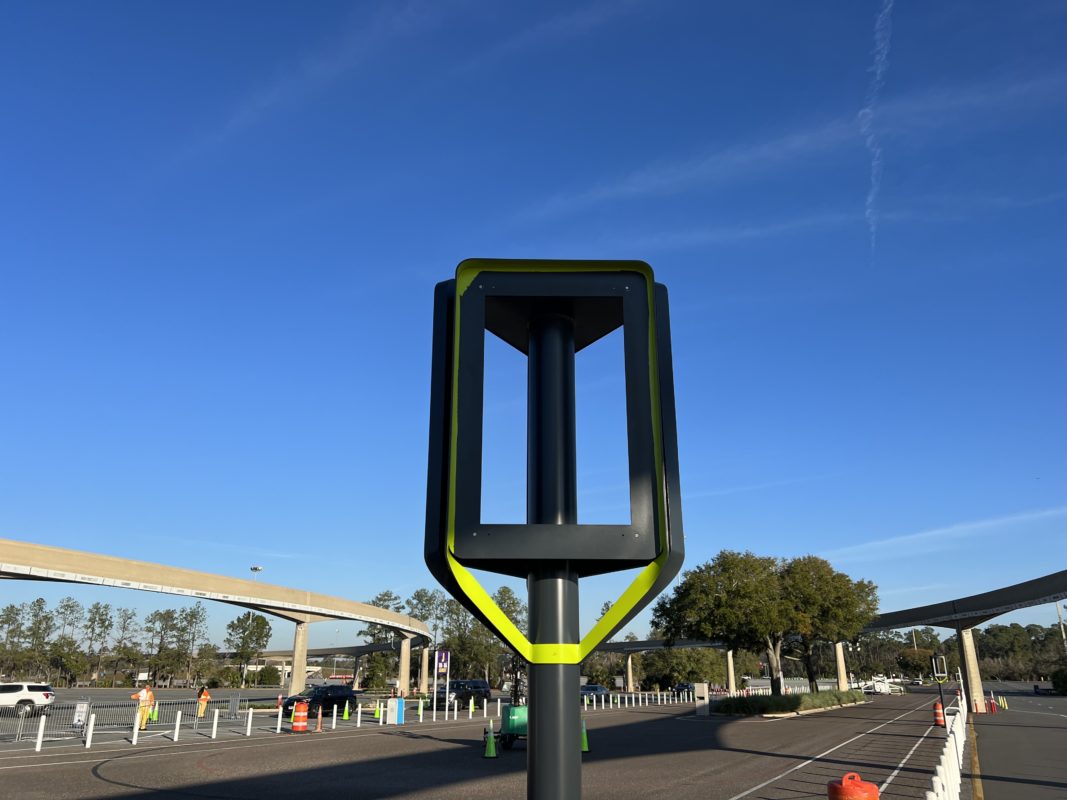 Additional pieces painted green or blue have been added to the frames for signage recently erected in the EPCOT parking lot.

The three-sided frames are on black poles next to the tram lane. Walt Disney World didn’t follow through on their promise for trams to return to all four parks in 2022, but these new frames indicate they could return to EPCOT sooner rather than later.

On this side of the parking lot, the new pieces added around the frames are painted green. These are next to the Discover lot.

There are no frames next to the Journey lot, while the frames by Imagine and Wonder have blue accents.

The lots don’t necessarily correspond to the neighborhoods, but the colors match all the new signage installed in and around EPCOT.

In December 2021, it was announced that parking lot trams would return to all Walt Disney World theme parks in 2022. At that time, the service had been absent for 19 months. That promise was quietly revoked in November 2022.

Two years and nine months later, neither EPCOT nor Disney’s Hollywood Studios are providing complimentary parking lot trams. It’s been more than a year since Disney promised their return. The new signs in the EPCOT parking lot could be tram-related or just label each lot and point towards the park.