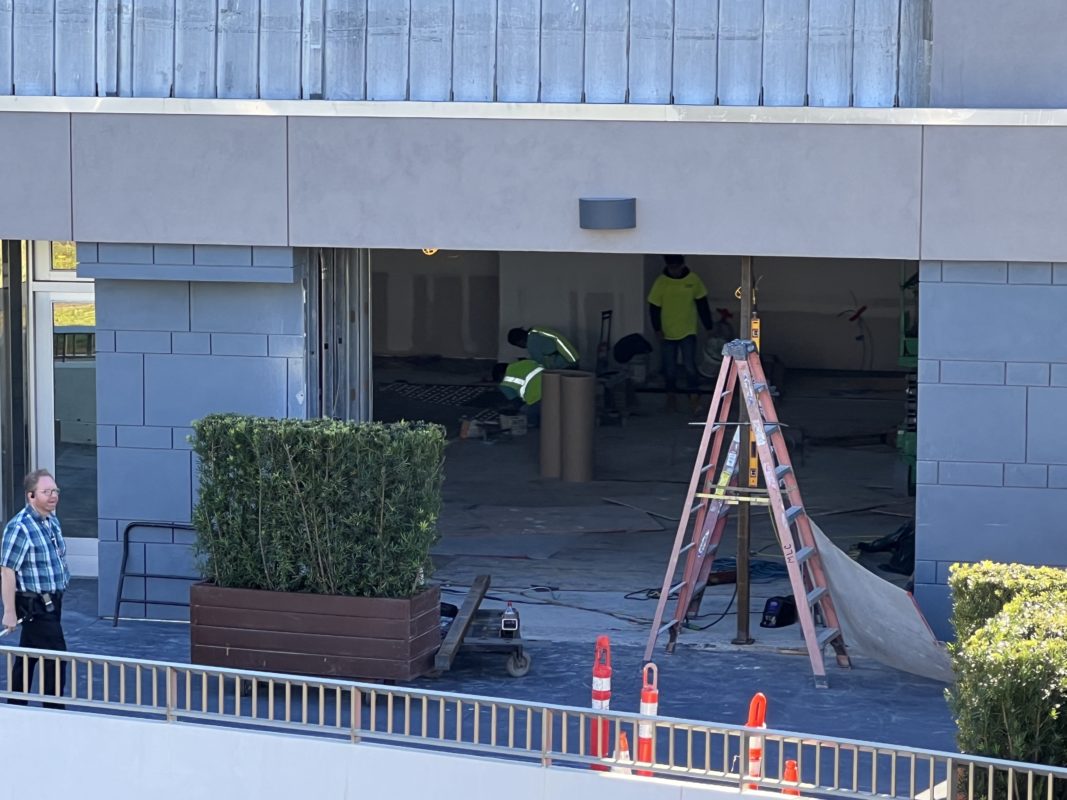 The interior of Tomorrowland Light & Power Co. at Magic Kingdom has been completely gutted, likely to become a TRON Lightcycle / Run gift shop. The store, which has been the Space Mountain shop, closed last summer, and the Space Mountain exit was rerouted.

We haven’t been able to see inside the store much as work was focused on its exterior. Decorative towers were removed from the side of the building, opening up the walkway that will lead to TRON Lightcycle / Run.

Now that construction walls have come down, we can better see into the building from the Tomorrowland Transit Authority PeopleMover. We saw several crew members inside during our recent trip.

The interior has been completely gutted, so we can expect a total retheme, either completely to TRON or to something in line with both the new coaster and Space Mountain.

It looks like crew members were working on a section of the floor that had been ripped up. A cherry-picker vehicle was also parked inside, meaning they are working on the ceiling or high sections of the walls.

Even the walls are being repainted.

Some of the final gear-like elements were removed from the front of Tomorrowland Light & Power Co. last month. They were the last remnants of the 1994 refurbishment of Tomorrowland, which also included gear patterns in the pavement.