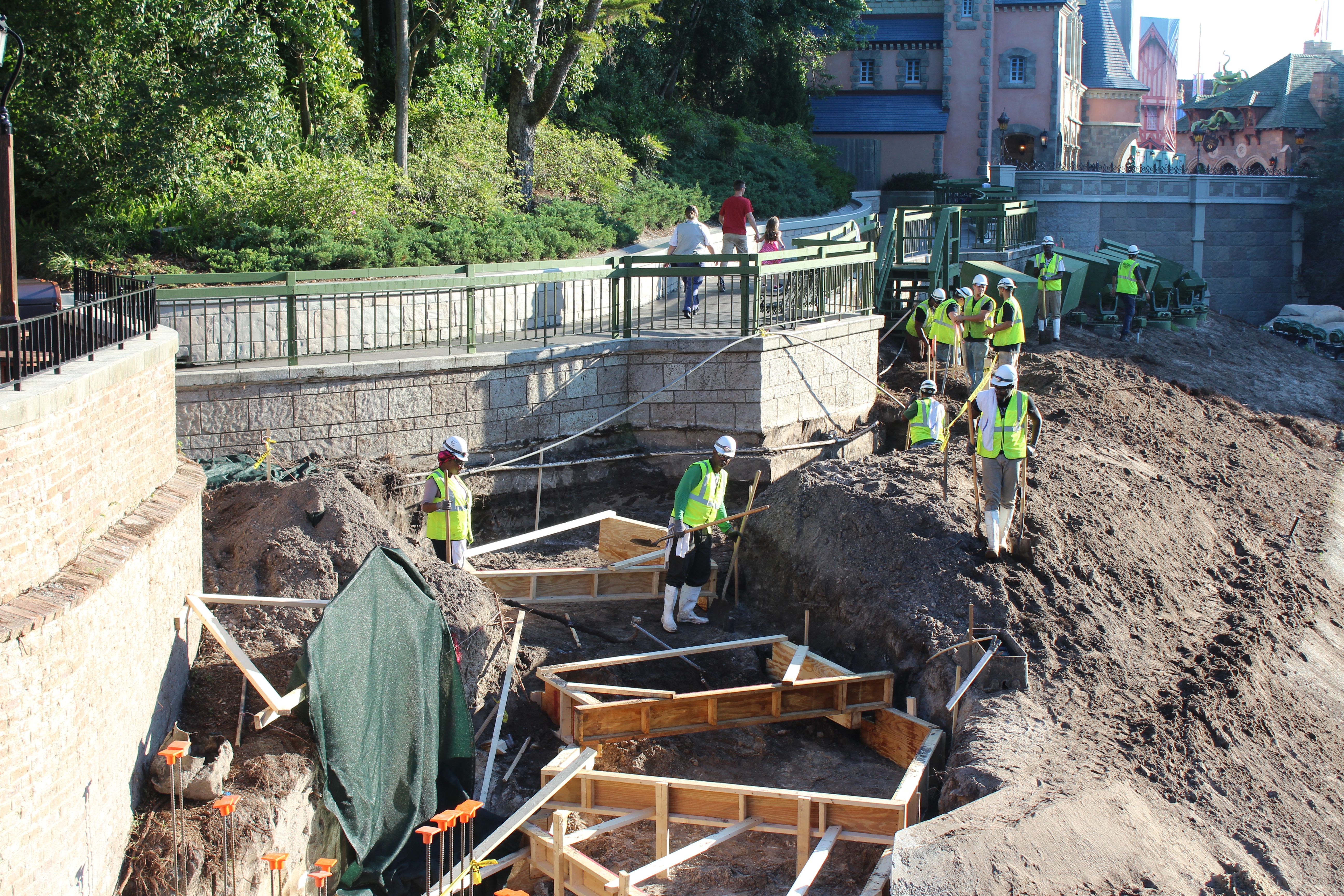 Swift progress is being made on the west side of Cinderella Castle. The planned expansion of the pathway between Liberty Square and Fantasyland started less than a month ago, and foundations are already being prepared. We saw the very beginnings of concrete work in our last update, but now it’s really taking shape. 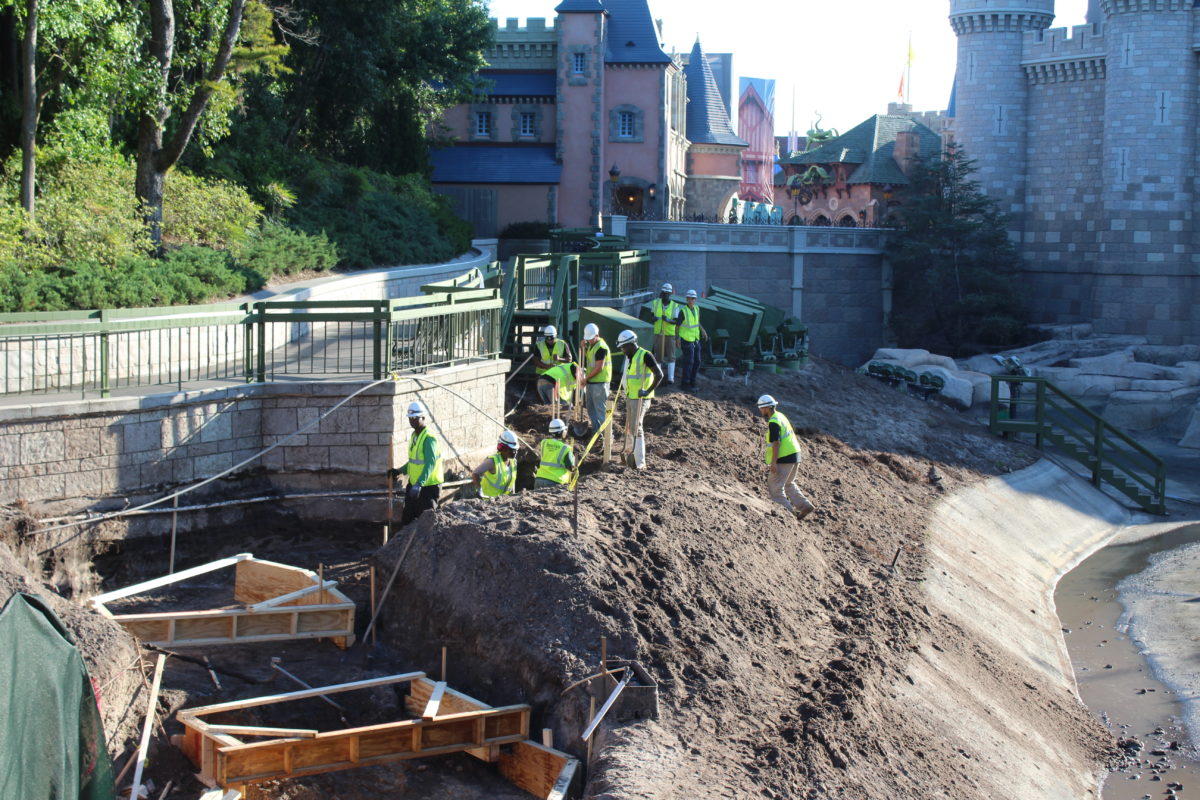 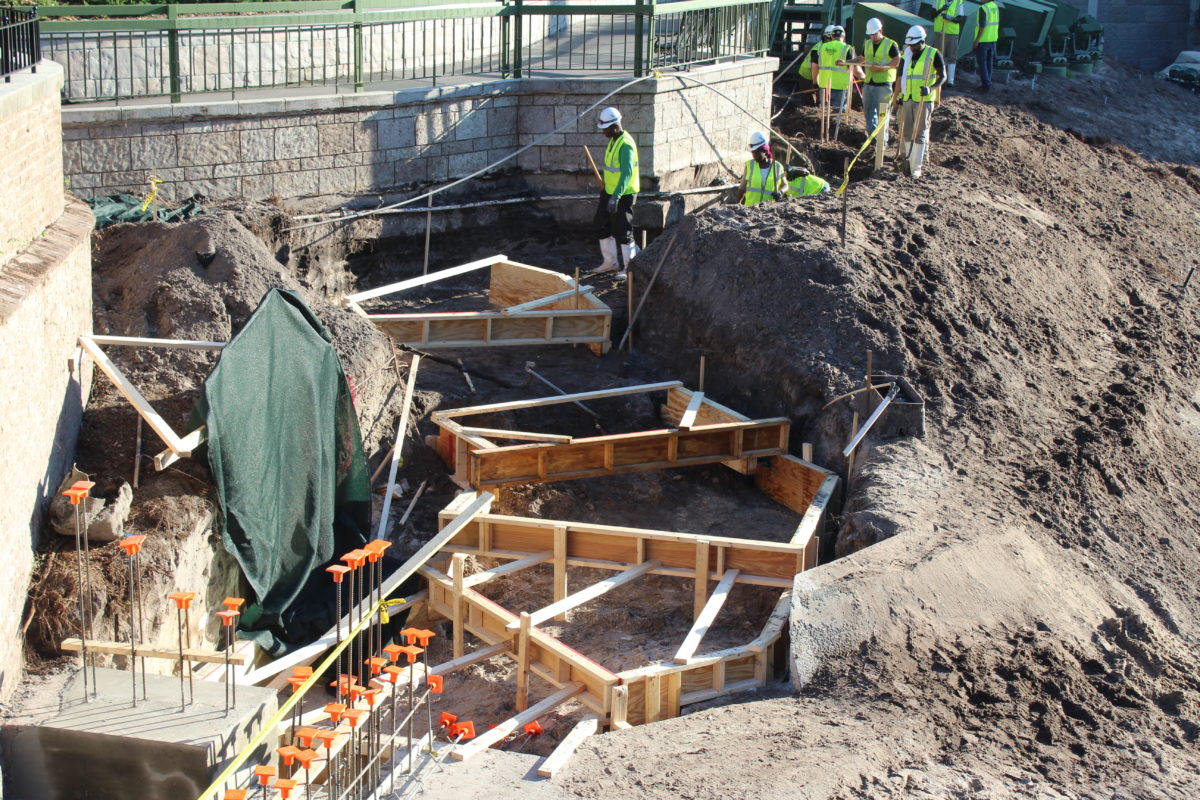 Disney hasn’t released any concept art or information about this project, so we can only speculate on the final result. This looks like simple framing for concrete supports. 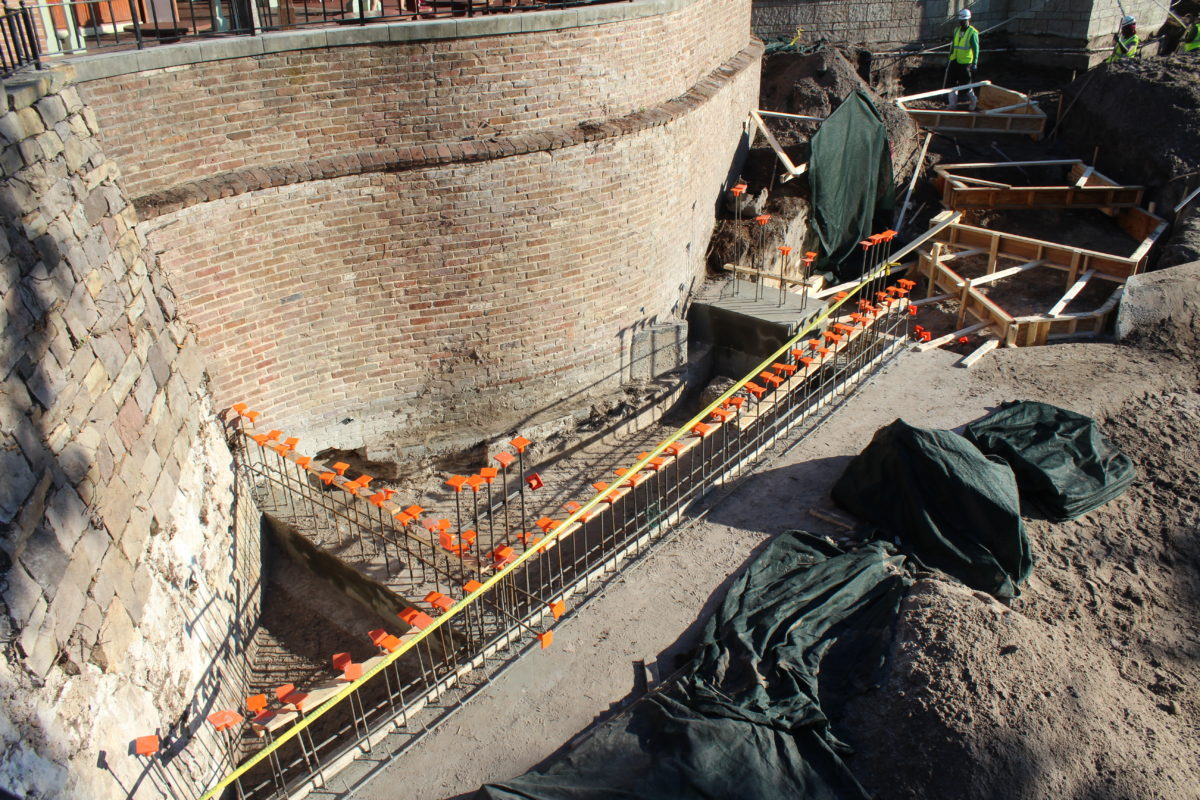 These metal wires have been installed in just the last couple days. 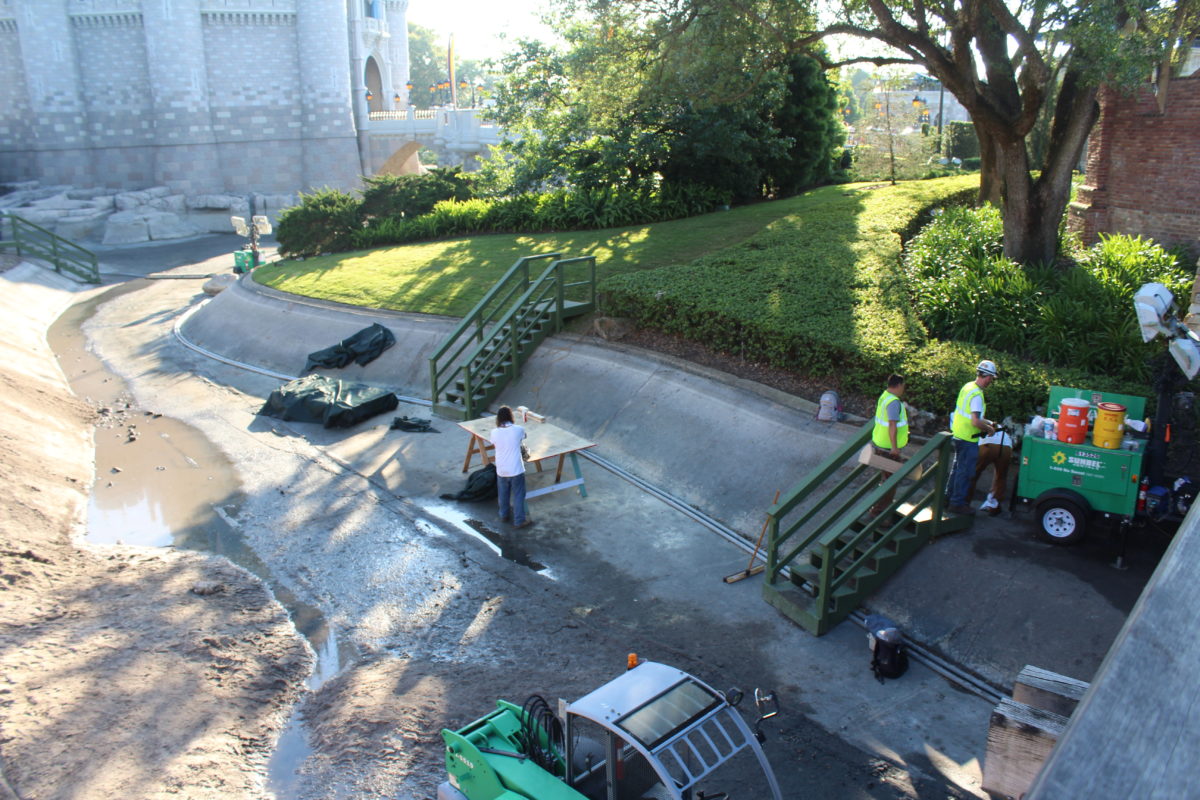 The entire northern half of the moat is drained for construction purposes. On the Tomorrowland side, they’re using this time to do some painting. This side is all staging for the pathway project. 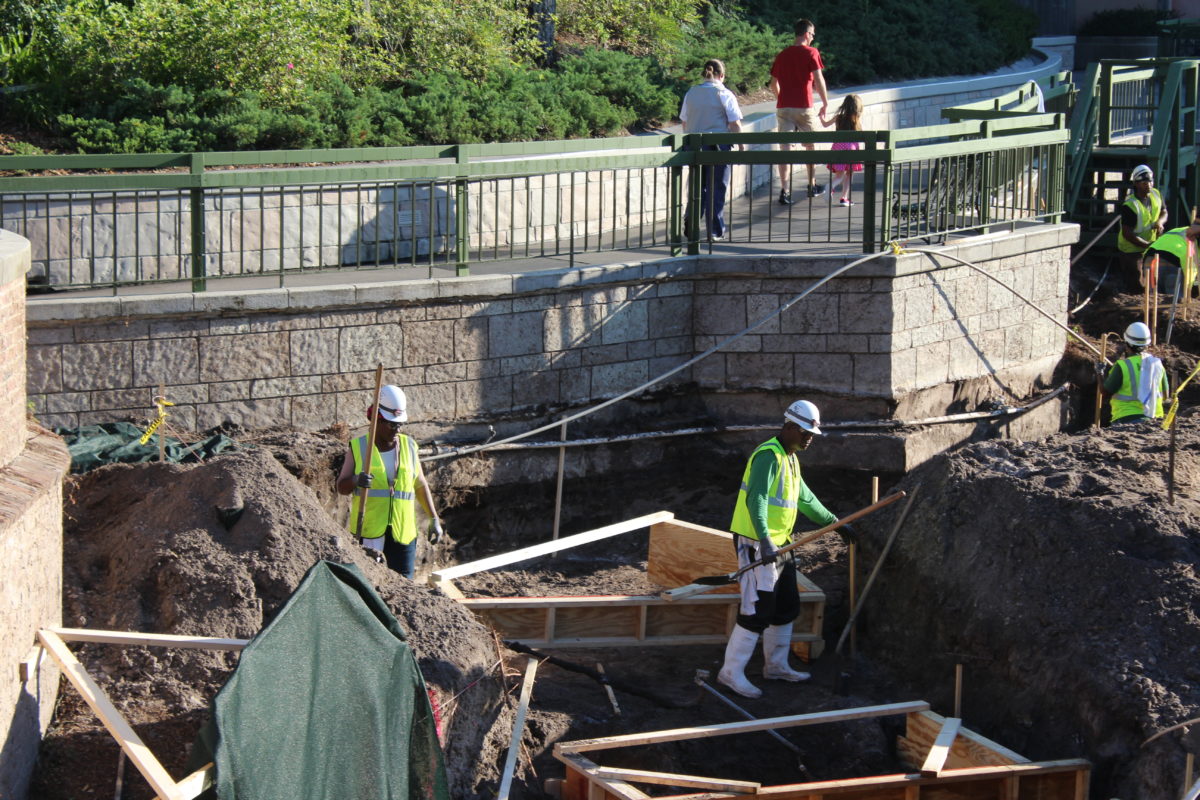 It’s a pretty substantial project which requires about a dozen people. 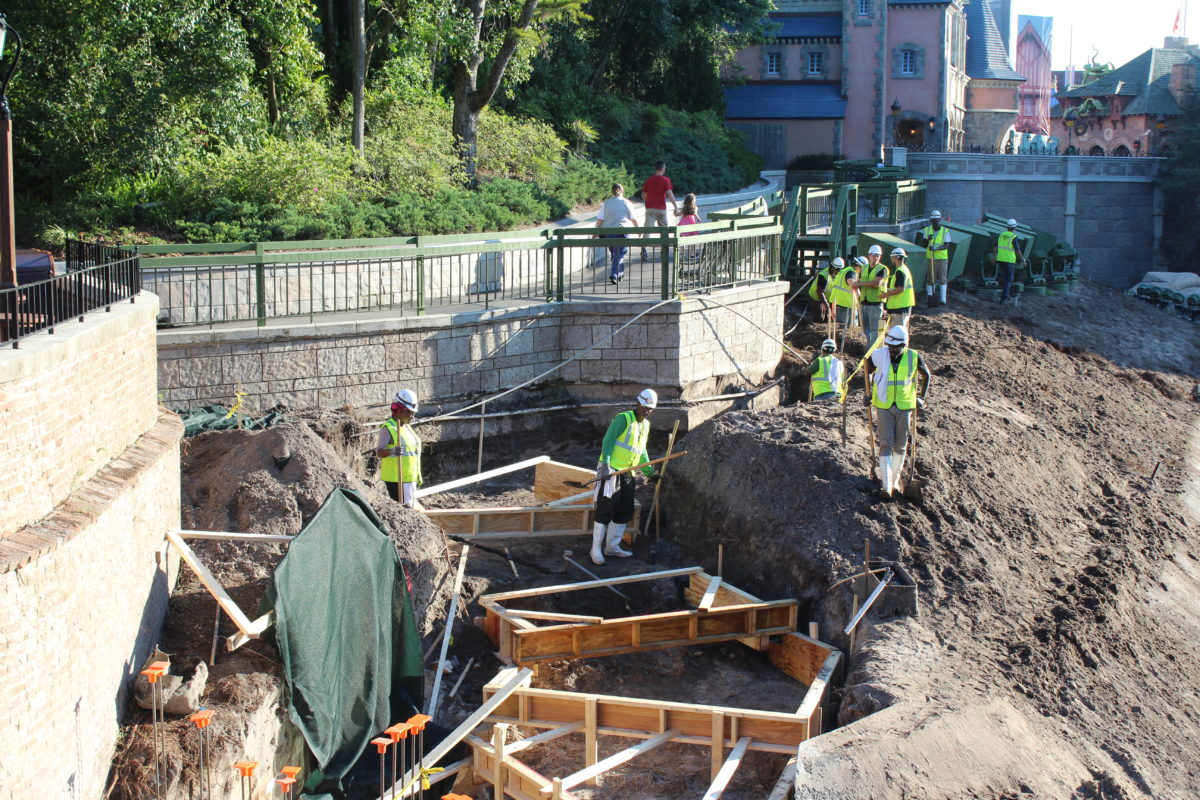 I wouldn’t be surprised if concrete starts being poured within the next two weeks. 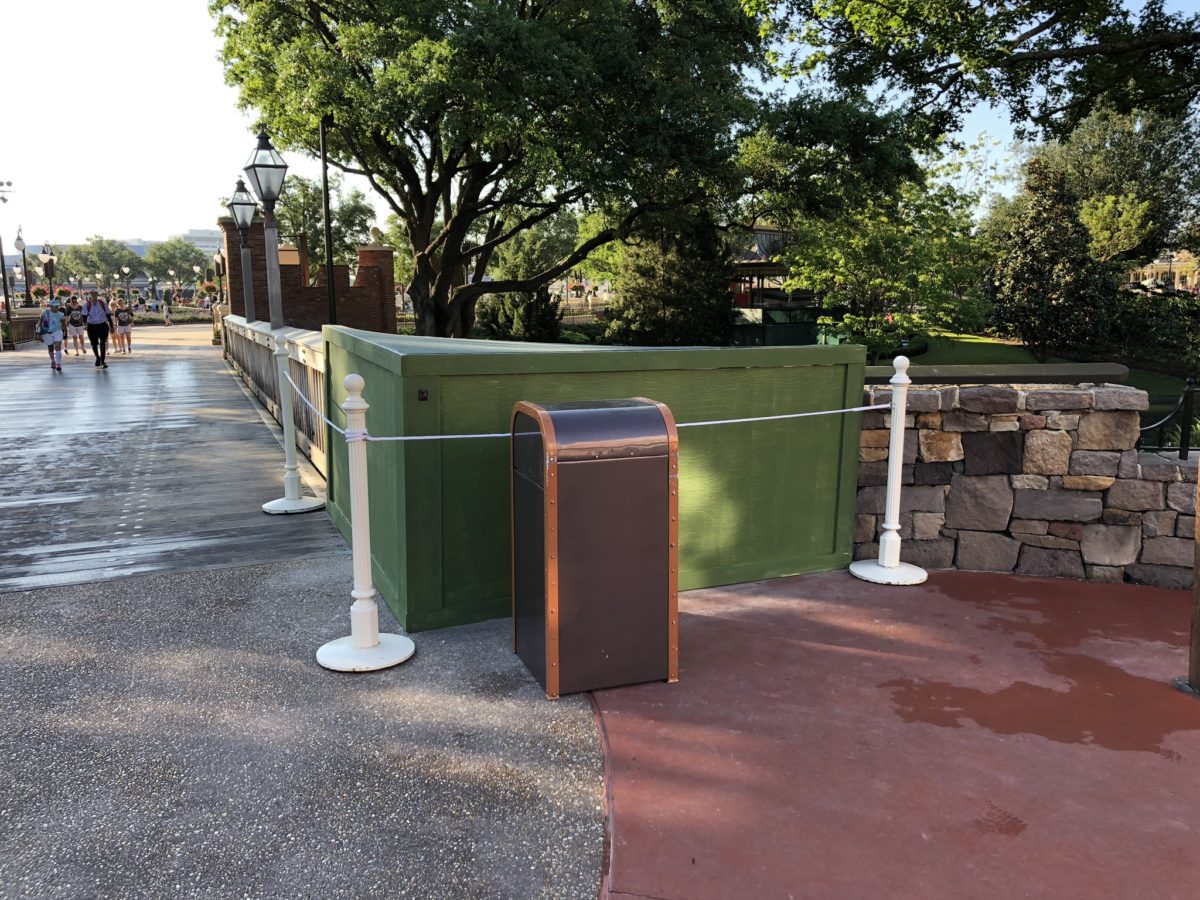 They either already started doing some work on the railing here on the other side of the bridge, or this is an extra safety precaution.

There’s no official timeline for this project, but you can expect that they want it finished as soon as possible. This is a high-traffic area at certain times of day, and is one of the only shortcuts around Cinderella Castle that’s consistently open. The path through the castle is closed during stage shows daily, and the eastern pathway is closed several months out of the year whenever the crane is installing/removing lights from Cinderella Castle. Having a reliable pathway that can handle more than one stroller at a time is a high priority.

We look forward to seeing the finished project! Keep with us for more updates.