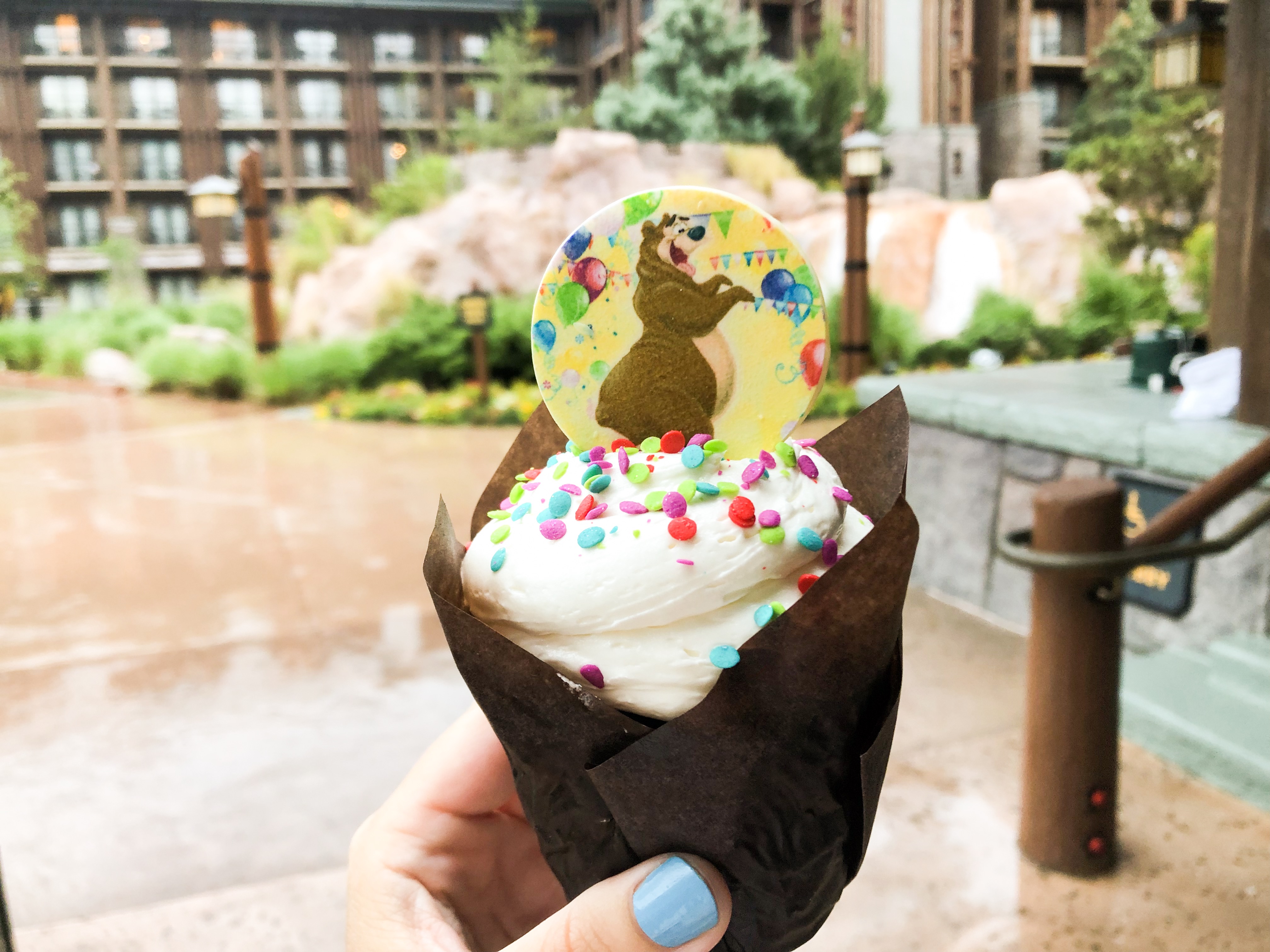 We’ve seen a lot of cute character themed cupcakes lately. We’ve tried Tinker Bell Cupcakes, Rapunzel Cupcakes, and Merida Cupcakes among others. In a world full of princess cupcakes, be a Humphrey the Bear Cupcake. 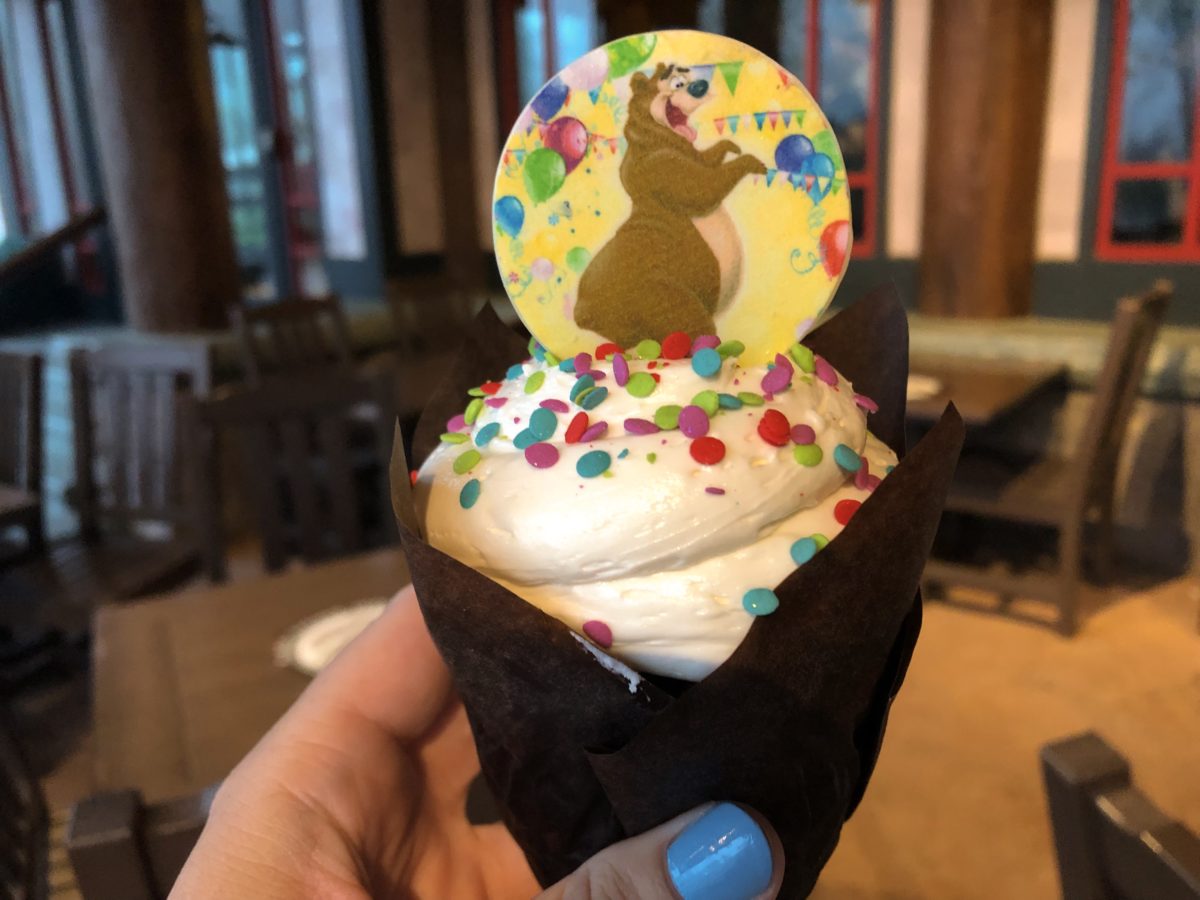 That’s right. Humphrey the Bear has his own birthday cake cupcake over at the Roaring Fork in Wilderness Lodge. While not a lot of people may not run to the display case shouting, “It’s Humphrey!” (except for us), it is definitely a cupcake you do not want to miss out on. 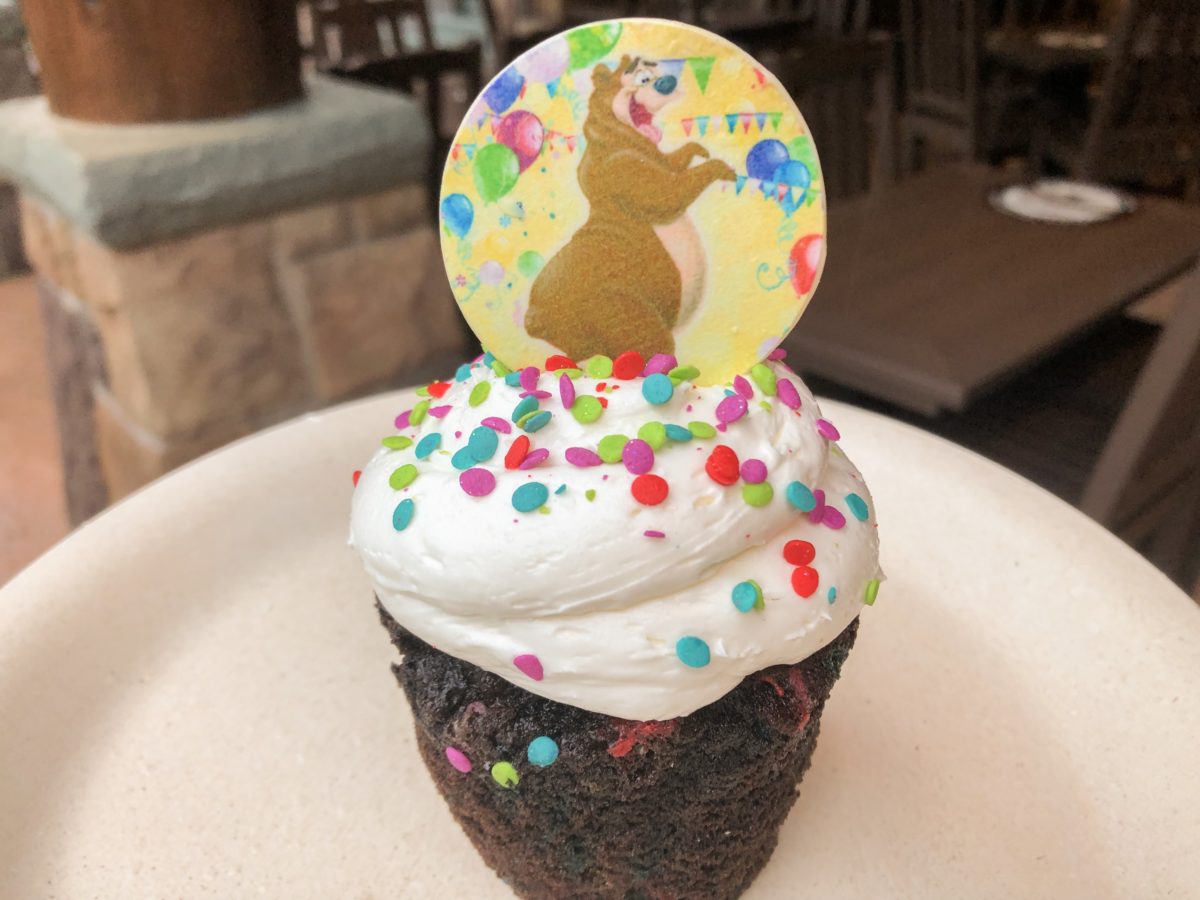 This cupcake is topped by colorful sprinkles and a white chocolate disc. Humphry the Bear is the life of the party, dancing among balloons and streamers on the edible image. The buttercream also has a smooth, creamy texture that just looks so appealing for some reason. 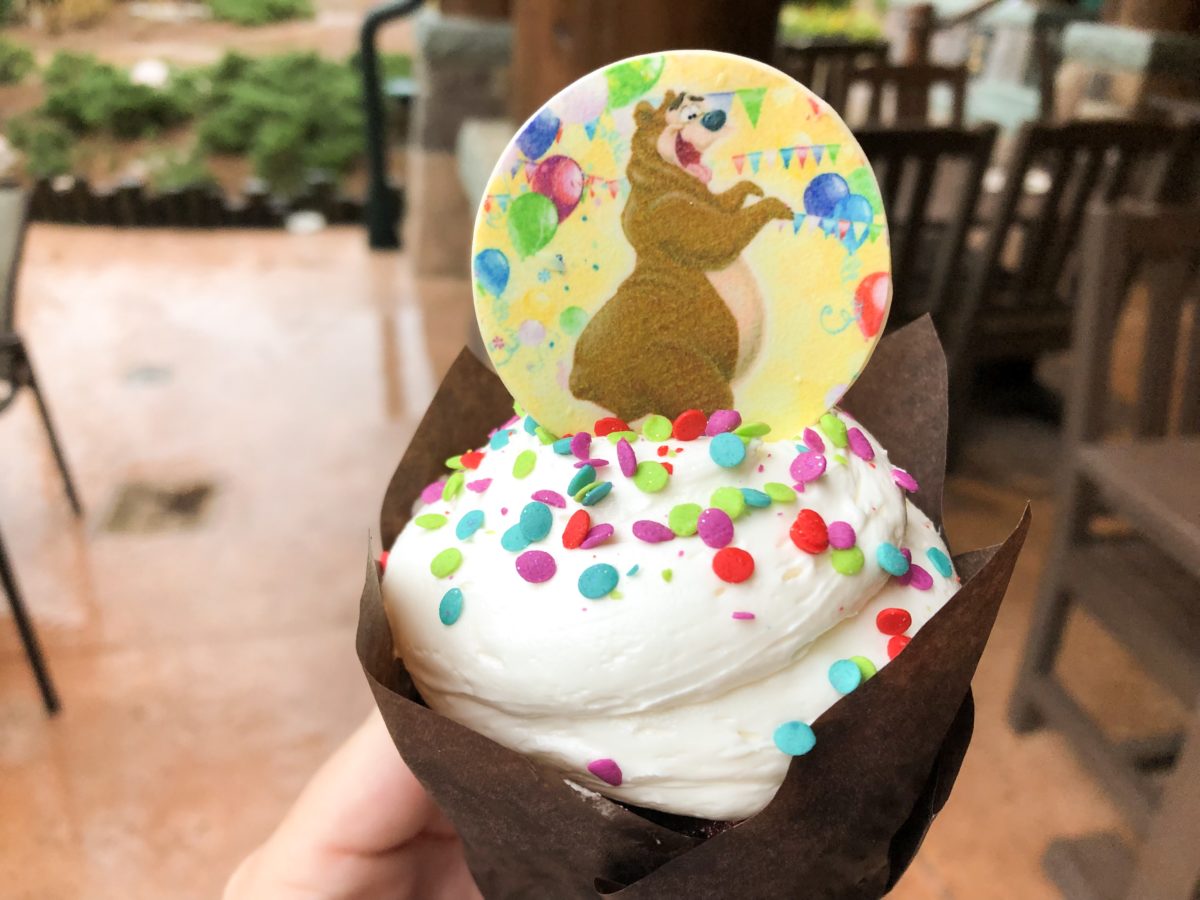 When you take the cupcake from the wrapper, you’ll be able to see all the colored funfetti sprinkles mixed into the chocolate cake. Who doesn’t love a good birthday cupcake? When we cut it in half, it’s got a sweet caramel center. 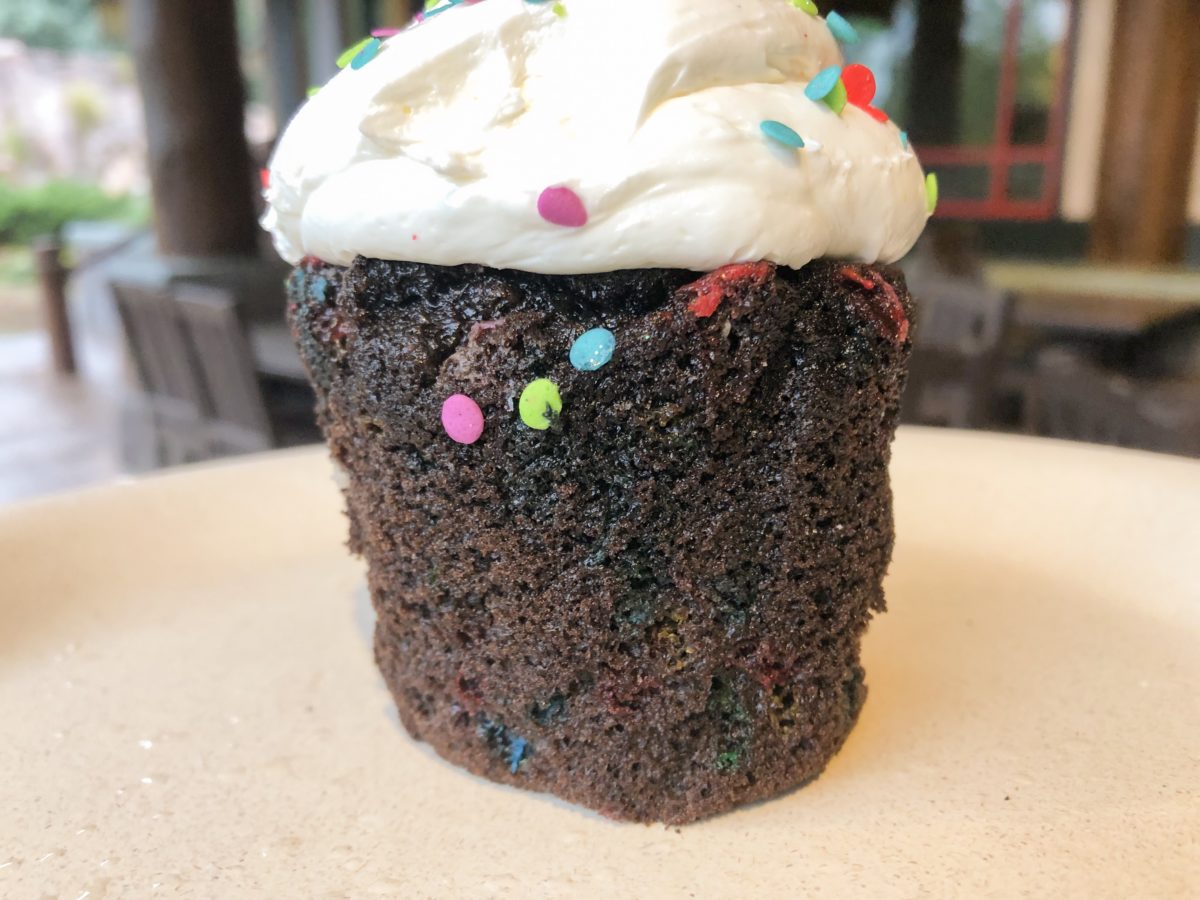 The caramel in the middle isn’t running like a filling. It was solid, almost like a Rollo candy, with a chewier consistency. This was a nice change from oozing caramel. The caramel has a strong, buttery taste to it as well. It’s a very nice texture combined with the chocolate cake. 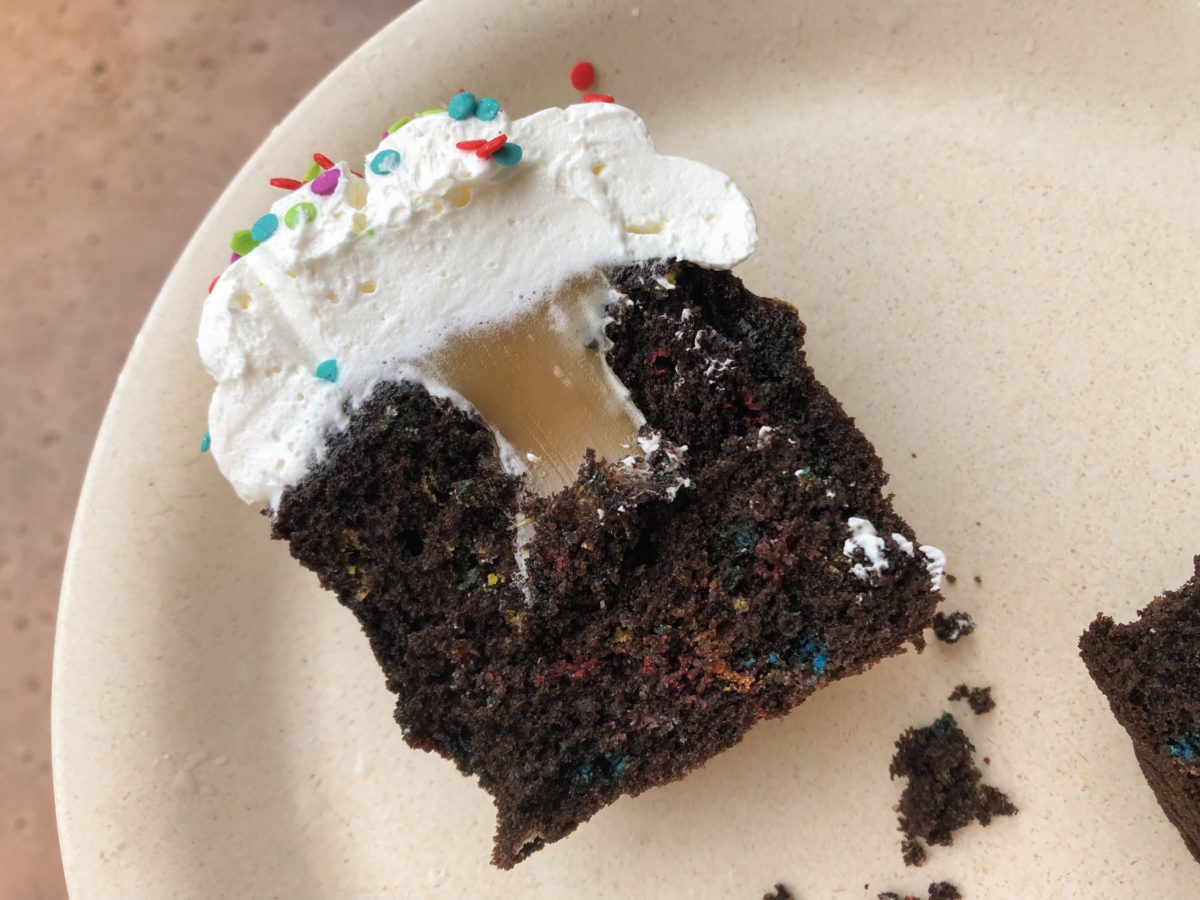 As I eat my way through Disney cupcakes, I find the chocolate ones have been most enjoyable. This cupcake is no exception. Add in the fact that there are confetti sprinkles throughout the cake and you can’t go wrong. 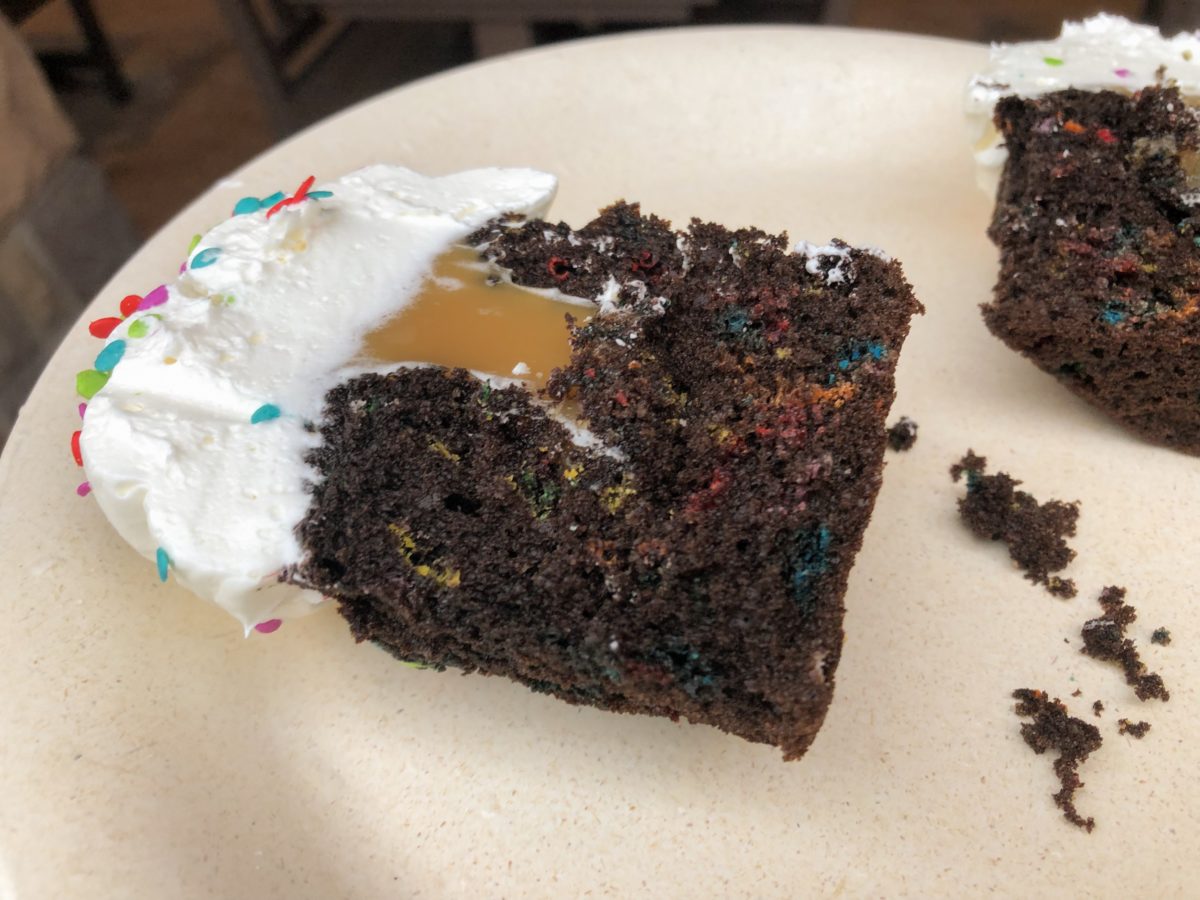 As basic as a chocolate caramel cupcake sounds, Humphry is no basic bear. This cupcake stands out among the current offerings around the resort, so we suggest you hike on over and give it a try!