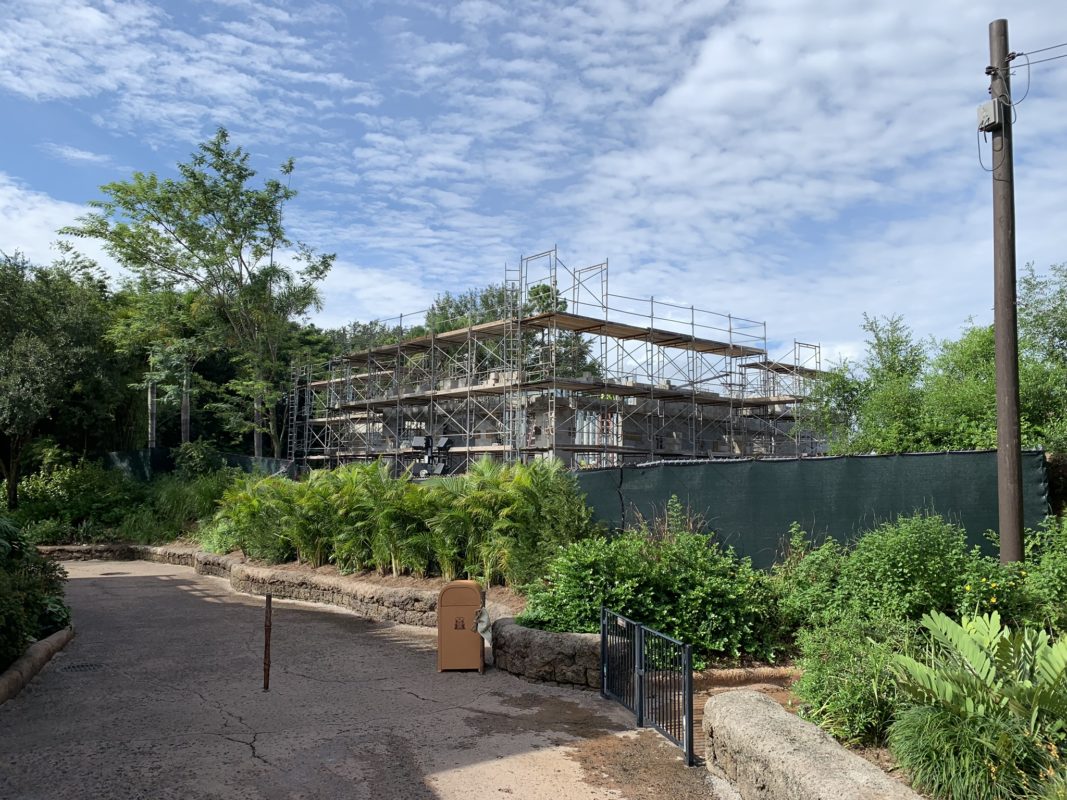 When it was revealed that Club 33 would be coming to each park in Walt Disney World, the big question on everyone’s mind was where on earth they were going to put them. Since then, the Club 33 lounges have quietly opened in retrofitted locations in each park. Animal Kingdom, however, was a different story. We first assumed the club would go in the old McDonald’s corporate lounge above Dinosaur, but for one reason or another that fell through and work began on a brand new structure to house the club. Let’s see how the project is coming along since our last update! 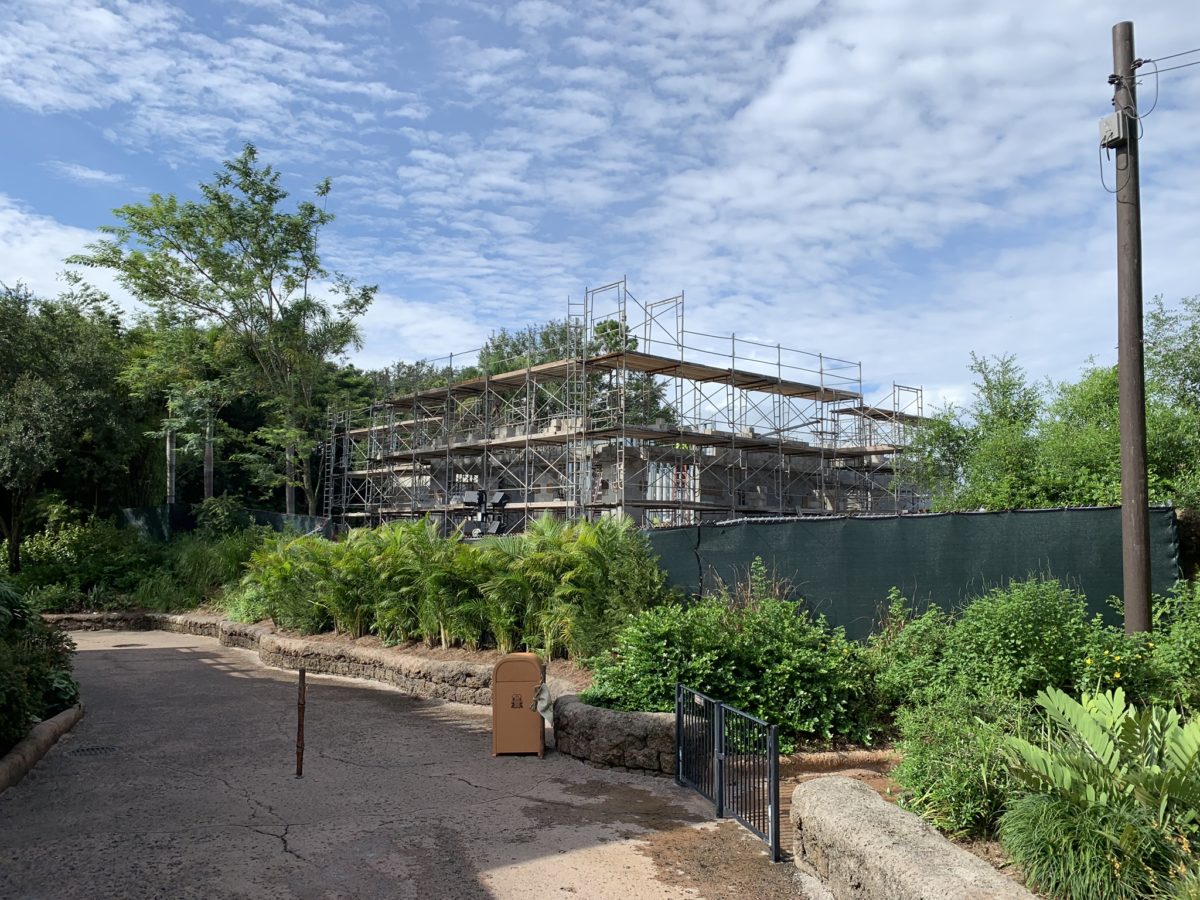 The site of the new club is located in Africa, along the path that leads from Harambe to Pandora: The World of Avatar. 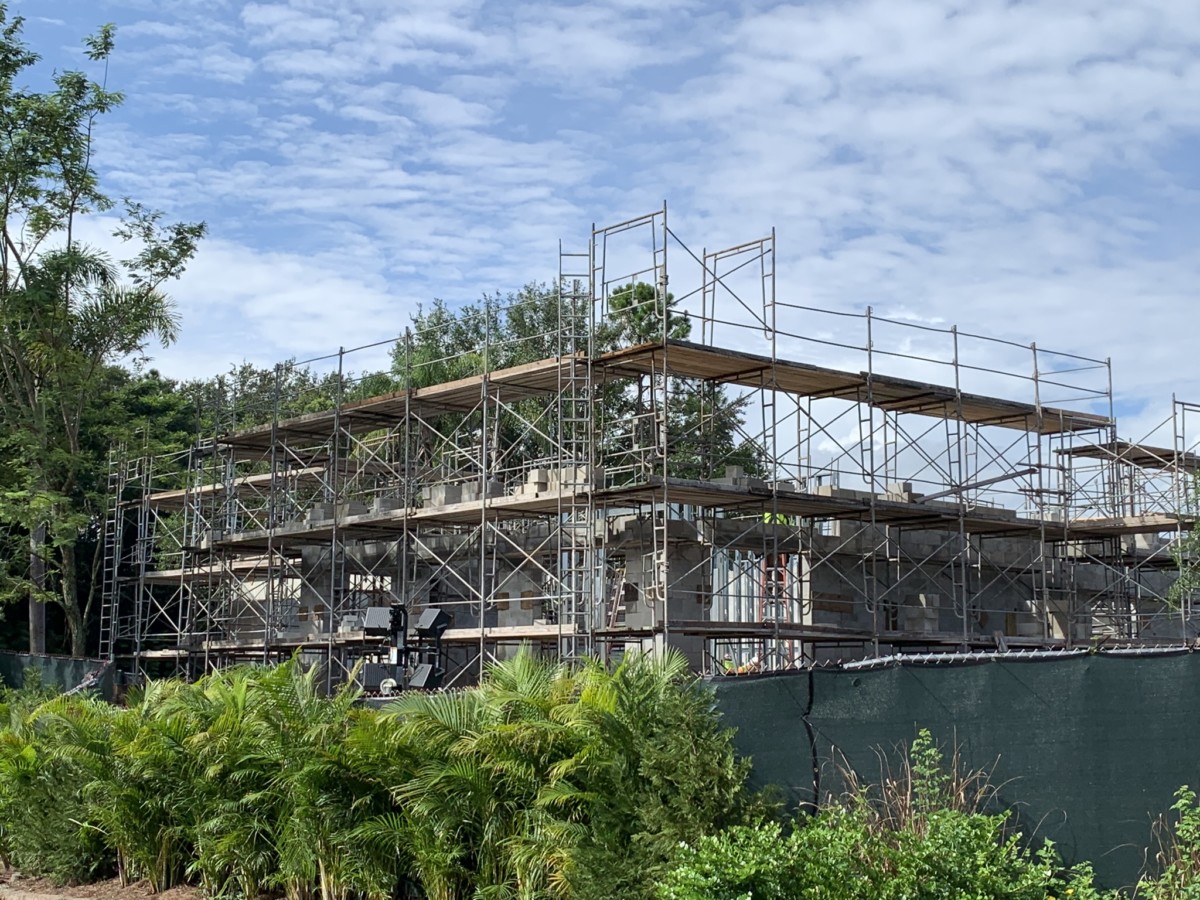 Cinderblocks are rising towards the sky as the projects moves along. We’re not sure how tall the building will ultimately be, but the idea is for guests to have a relatively unobstructed view of the Tree of Life. 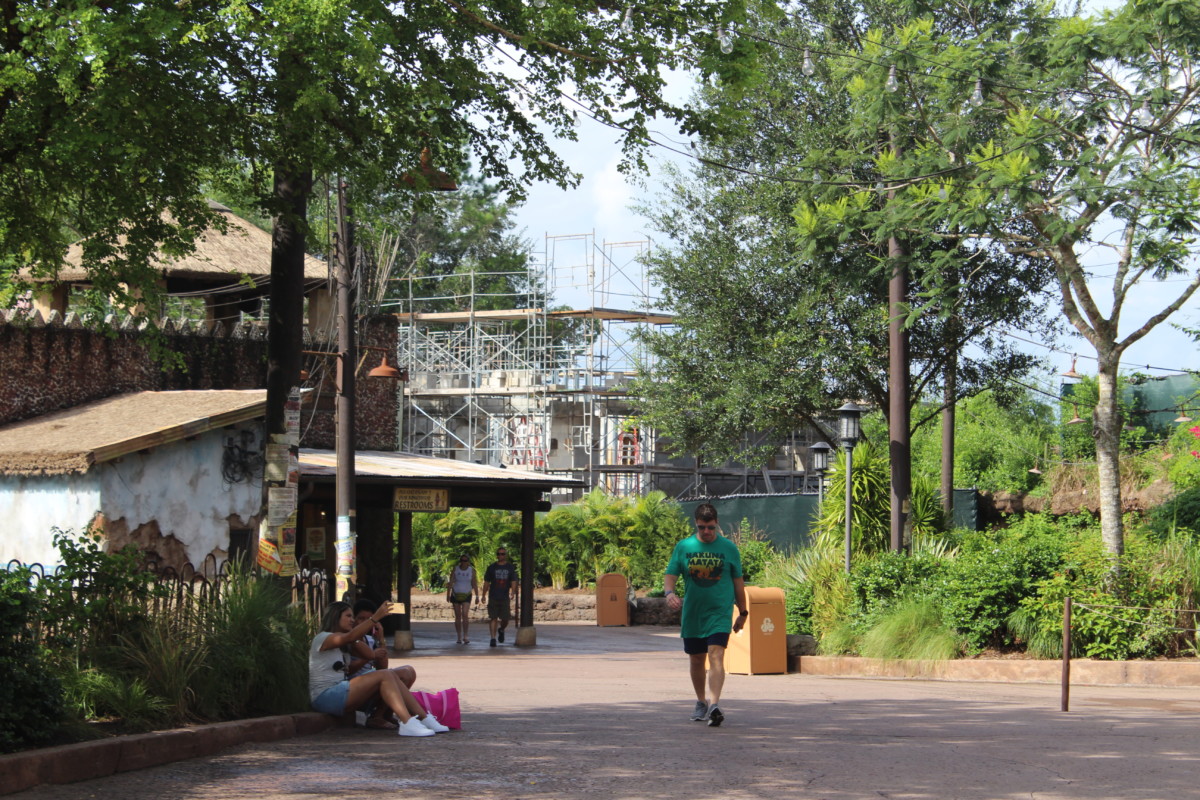 One can safely assume it will at least be as tall or taller than the restrooms across the path from it. 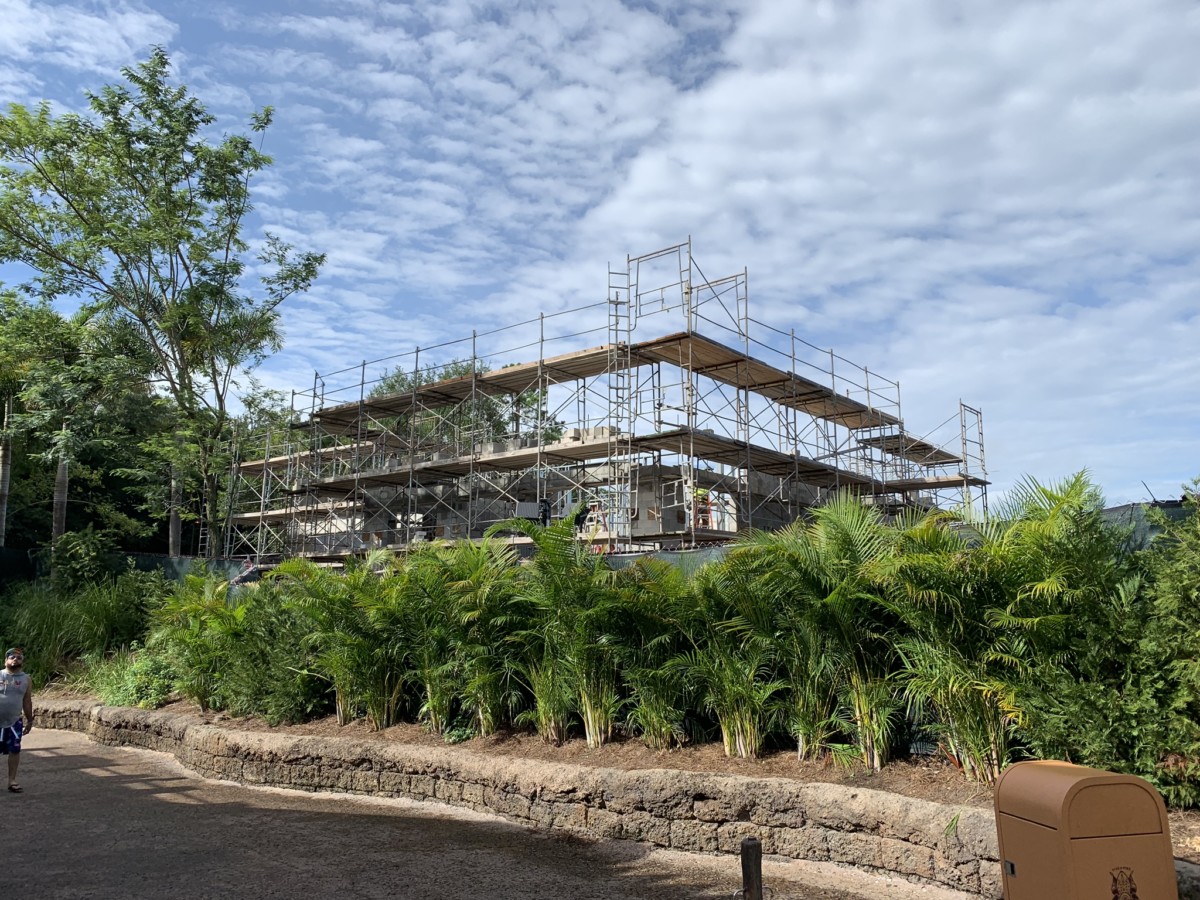 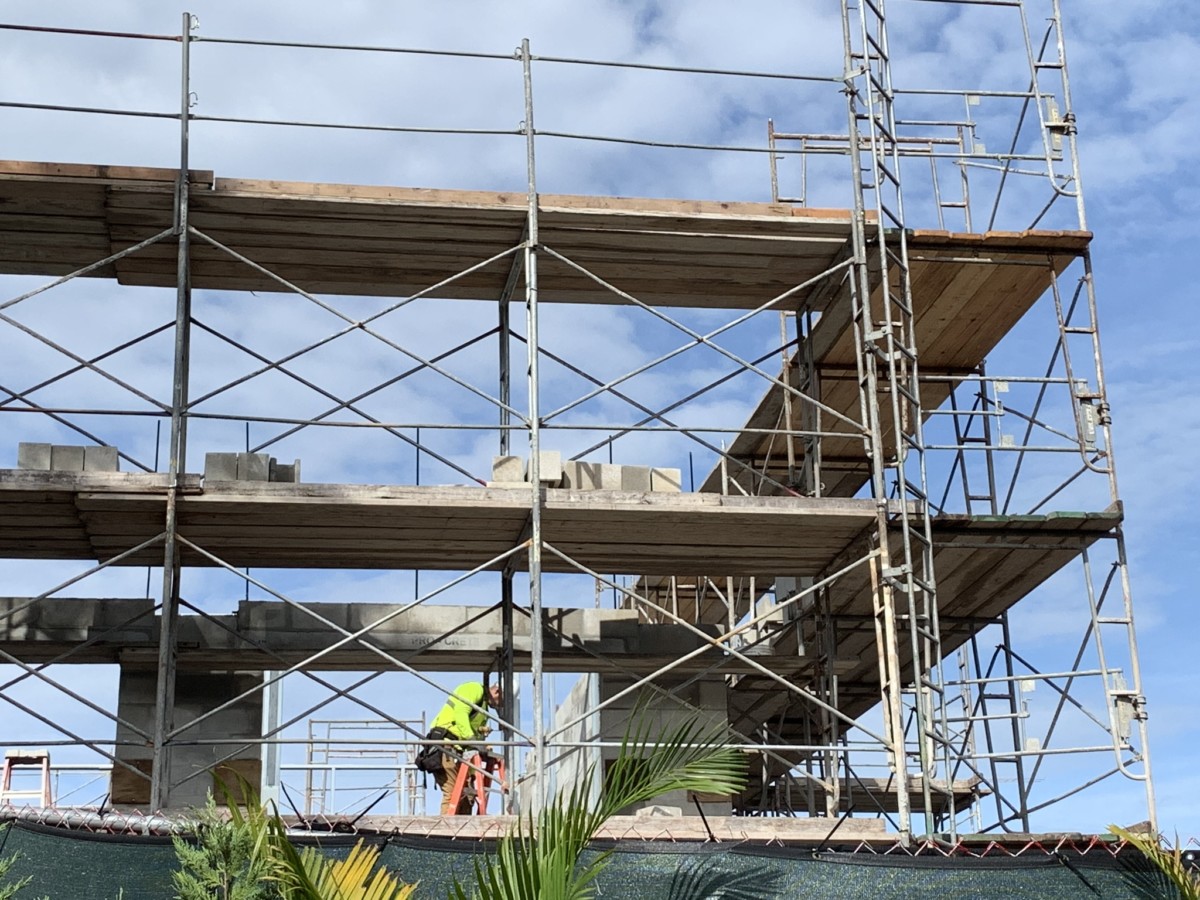 It appears to just be the main frame of the building so far. It’s hard to tell from this side how far back it goes. 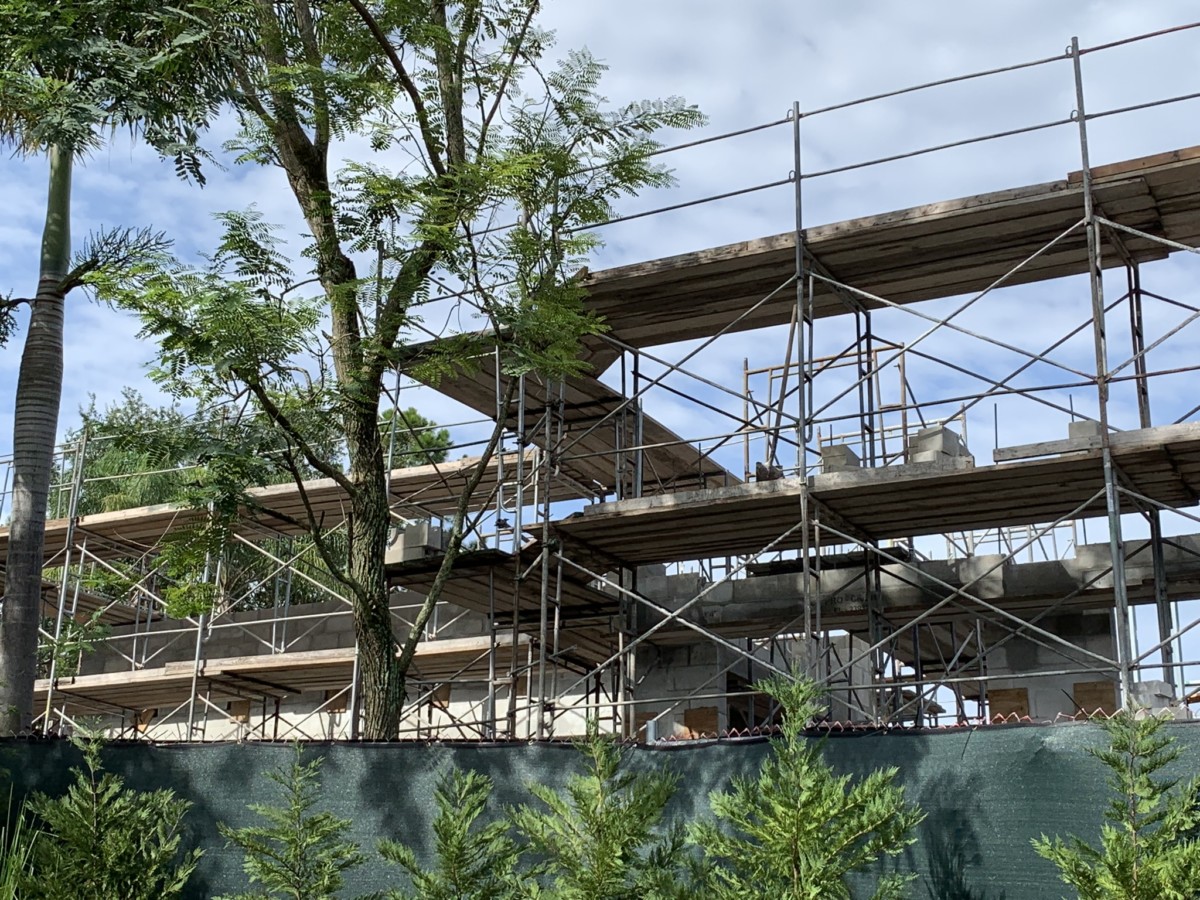 The section of the building on the left doesn’t appear to have holes for windows, so it’s possible it’s a kitchen or backstage area. 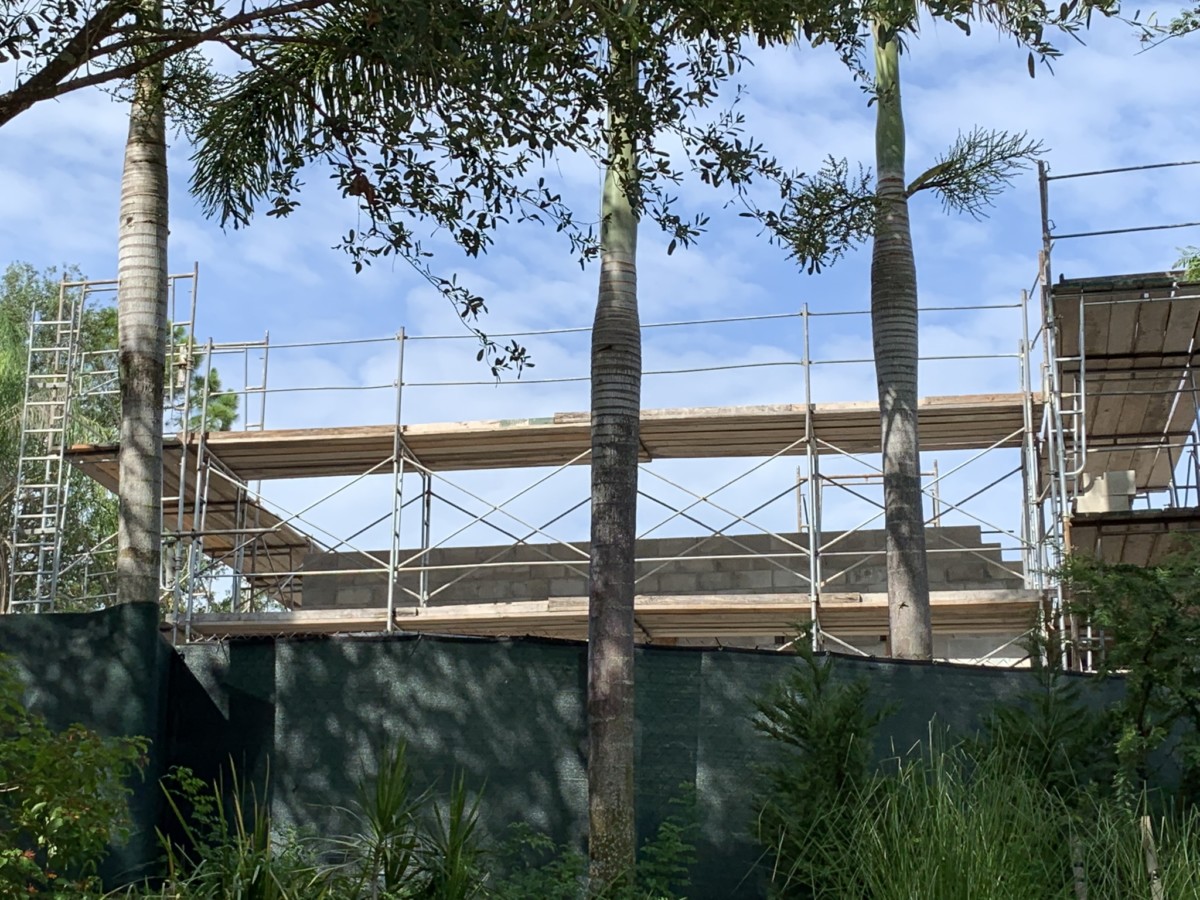 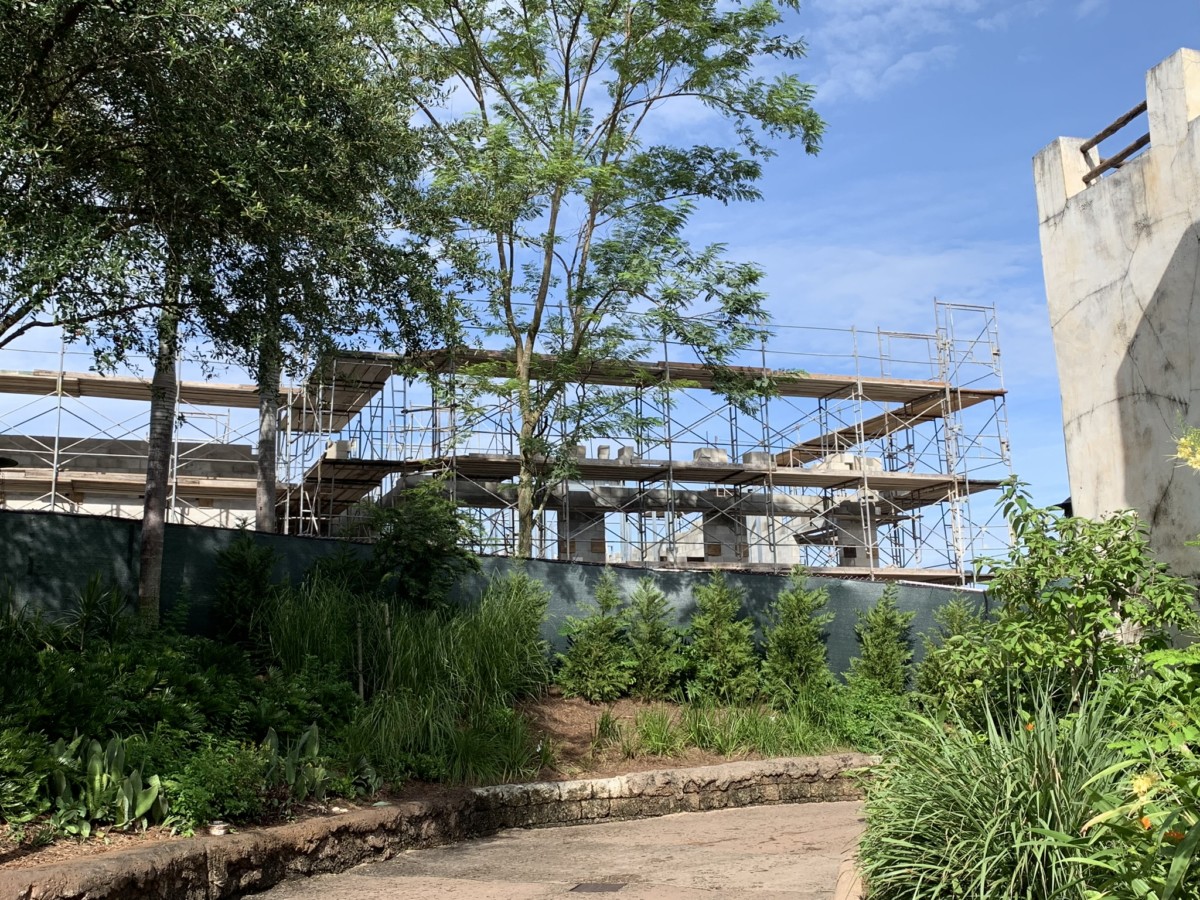 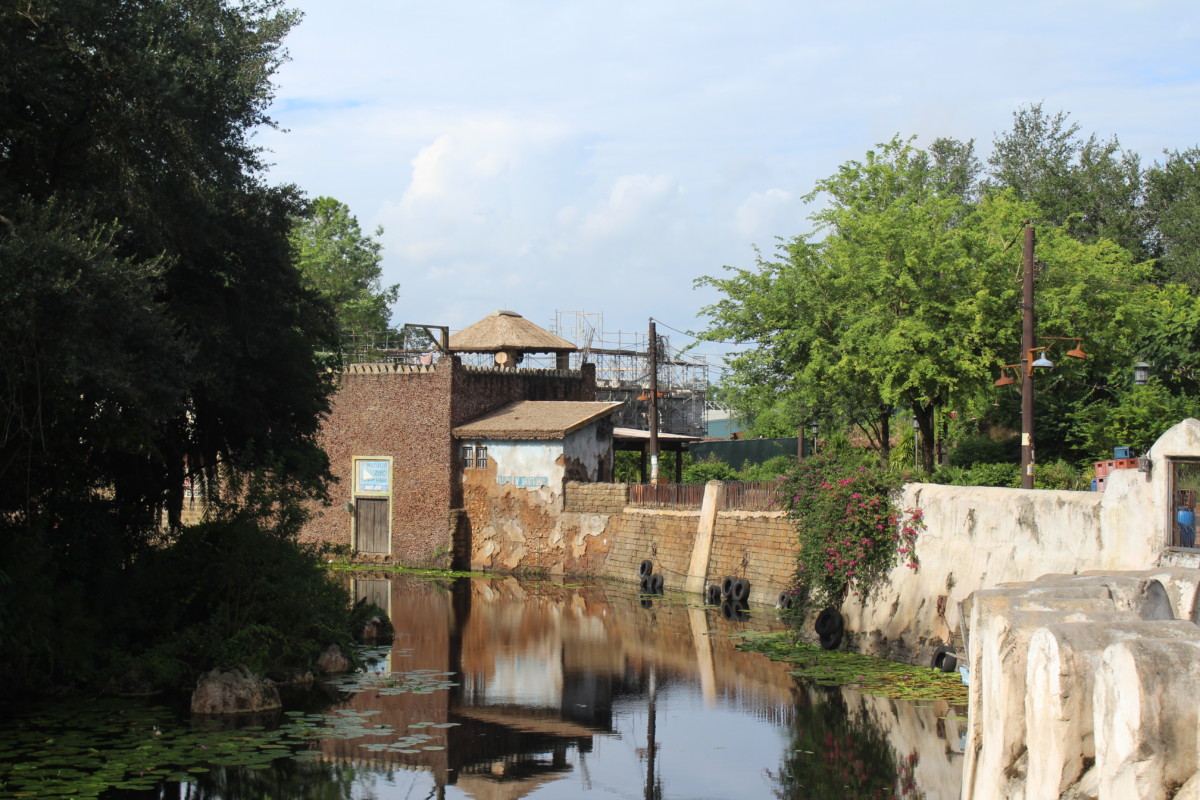 It’s visible now from the bridge leading into Harambe. I’m very curious to see how the final design fits into the rural African aesthetic of the village.

We’ll keep you updated on this and all projects at Disney’s Animal Kingdom as they continue!