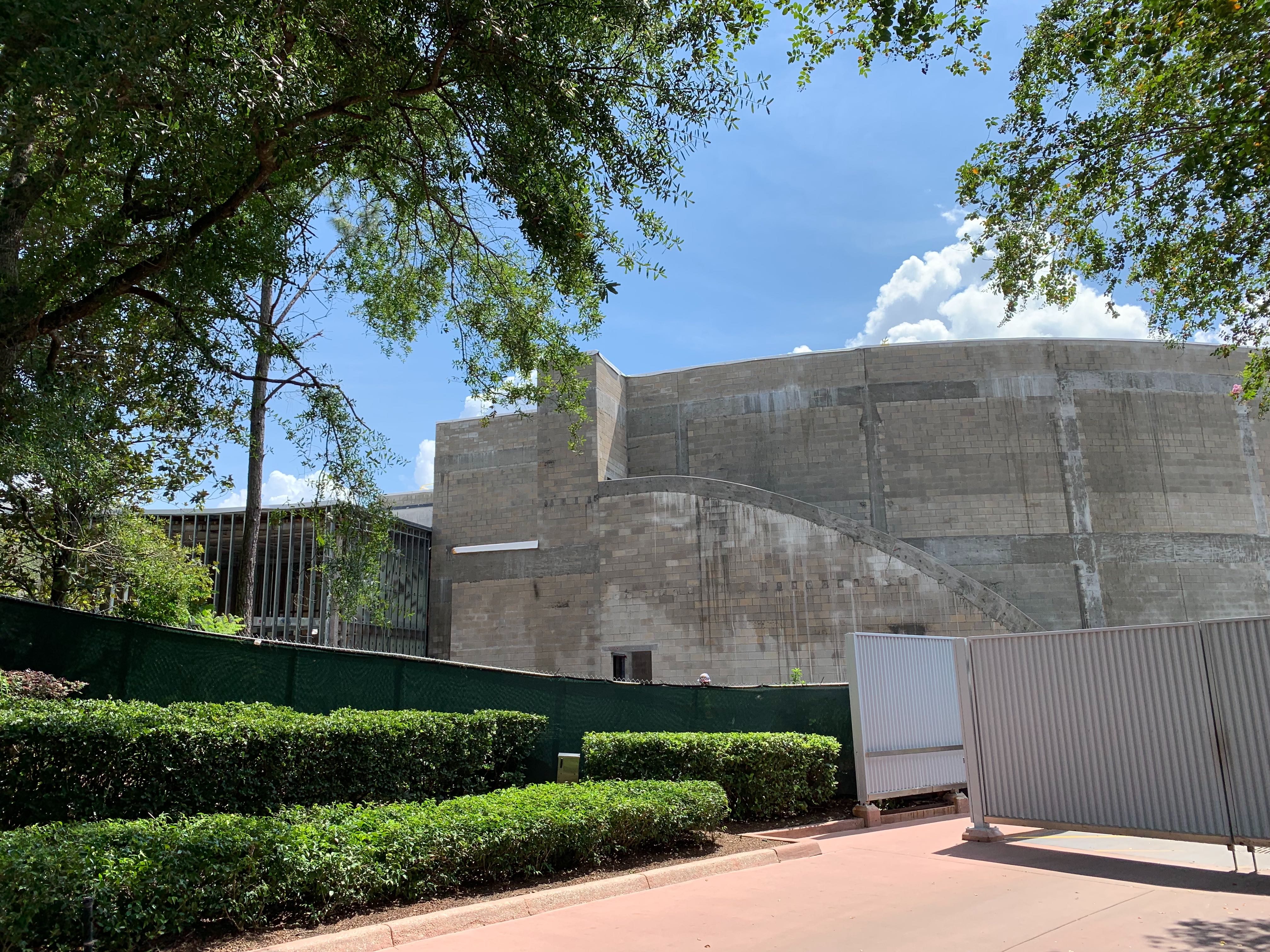 Greetings from Space! Or actually just Epcot. Scaffolding is down around the side of Future World’s very own Space Restaurant, revealing a curved exterior that mirrors the restaurant’s own curved paneling.

If you’re unfamiliar with the Space Restaurant concept, it was initially announced during the D23 Expo in 2017. Framework for the restaurant went up this January, and in May, it was announced that the restaurant would in fact open sometime this year.

We broke some details on the restaurant last year, including the guest experience once inside the restaurant. Guests will enter the venue through the far right side of the Mission: SPACE facade (where paper FastPass distribution was located many years ago), very similar to how guests get to The Coral Reef Restaurant at The Seas with Nemo and Friends. The dining space is tiered just like the Coral Reef, but in this case, it looks out into a large projection of faux-space rather than an aquarium. 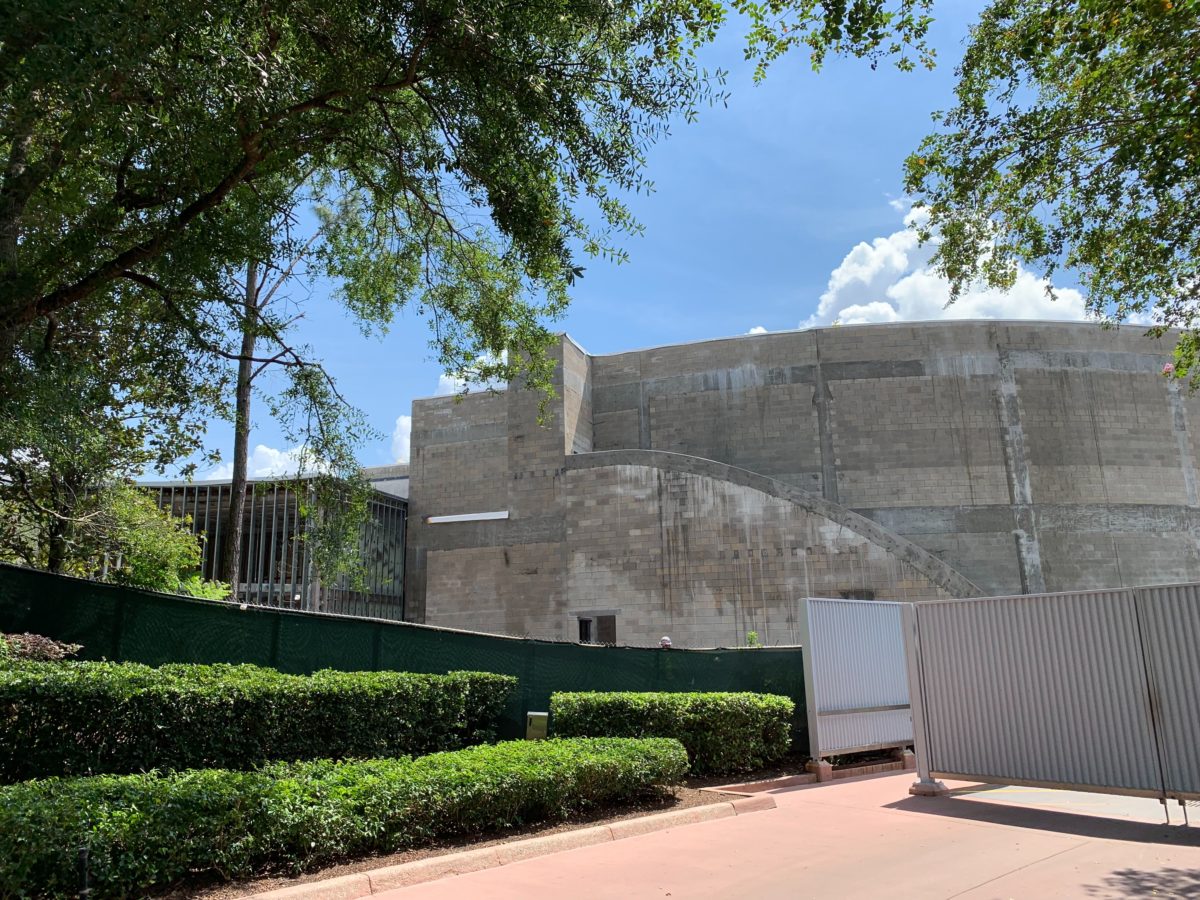 Here’s a look at the latest construction on the restaurant. Up until now, there was scaffolding on this side of the building, covering whatever could be seen from this corner. 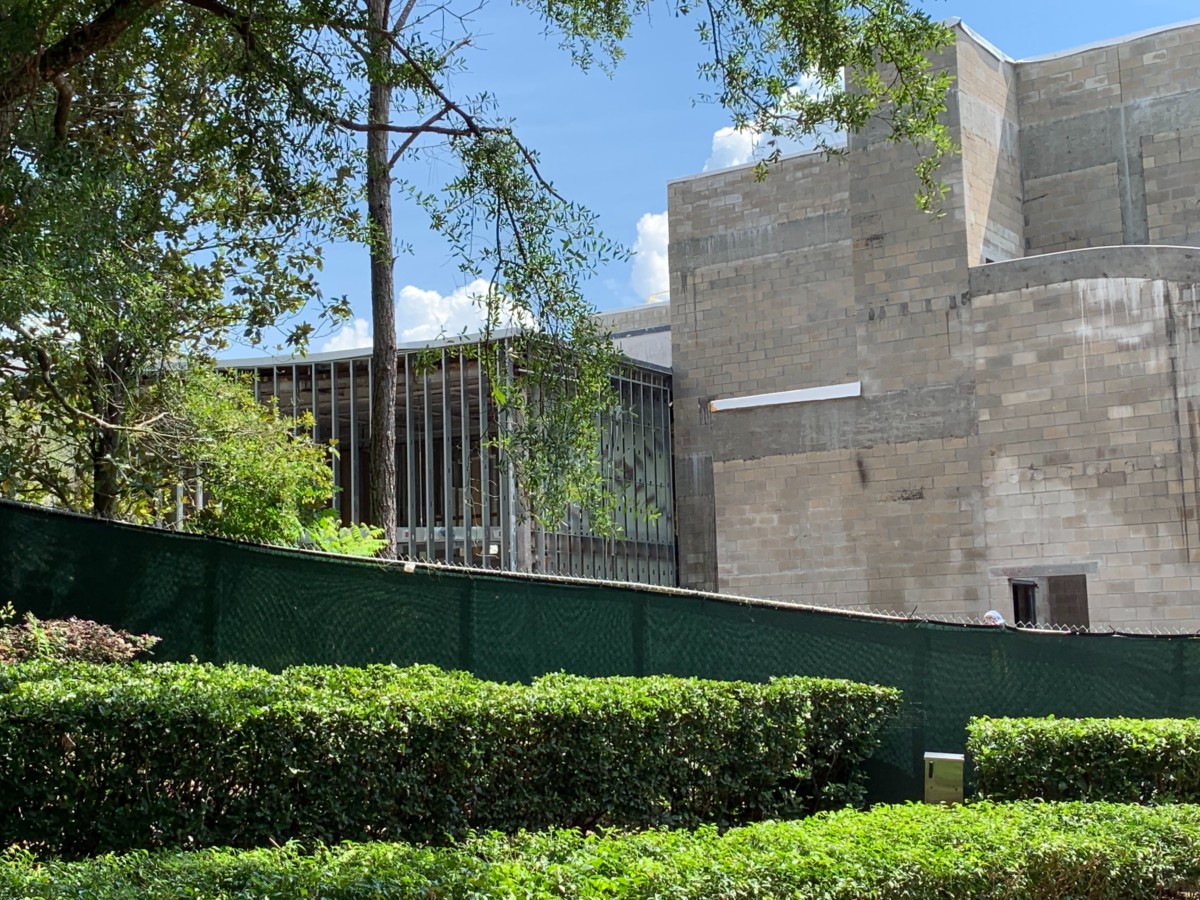 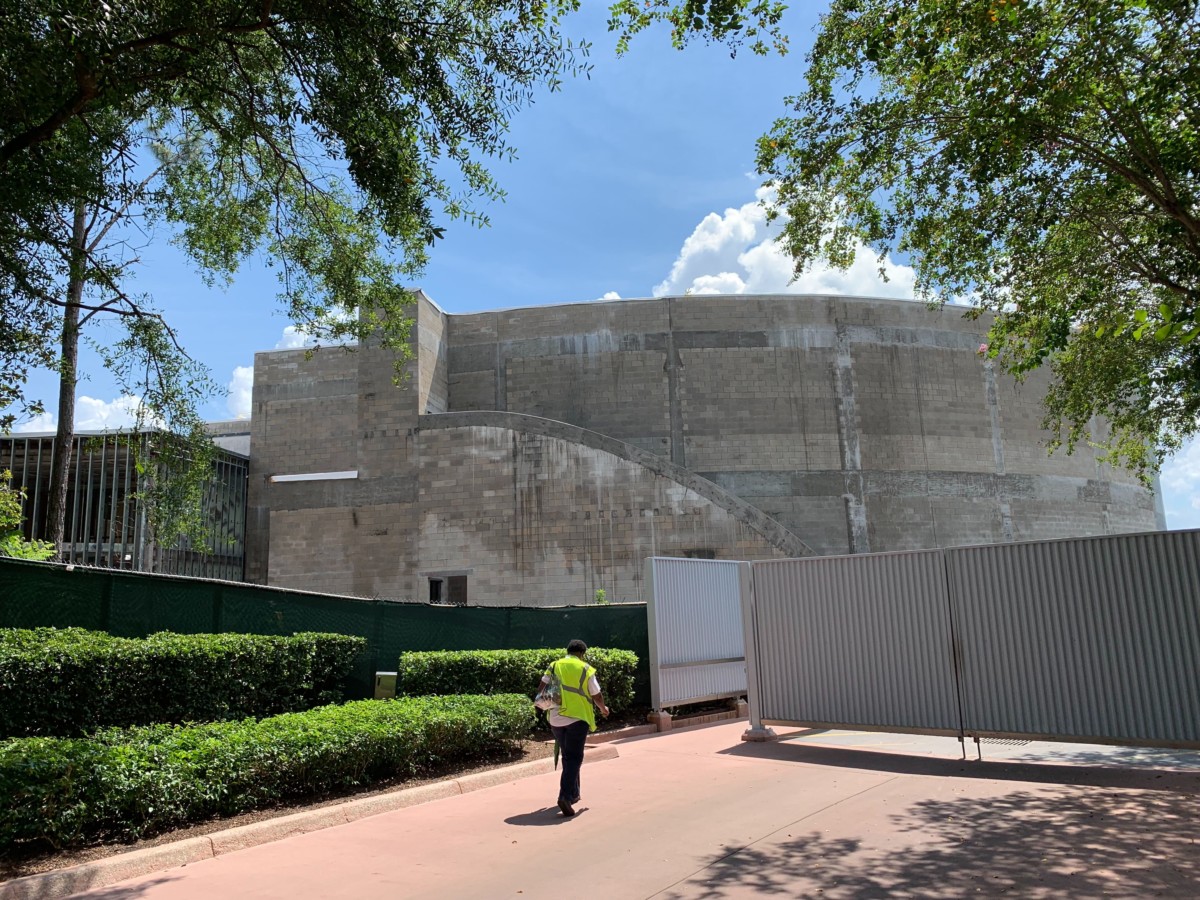 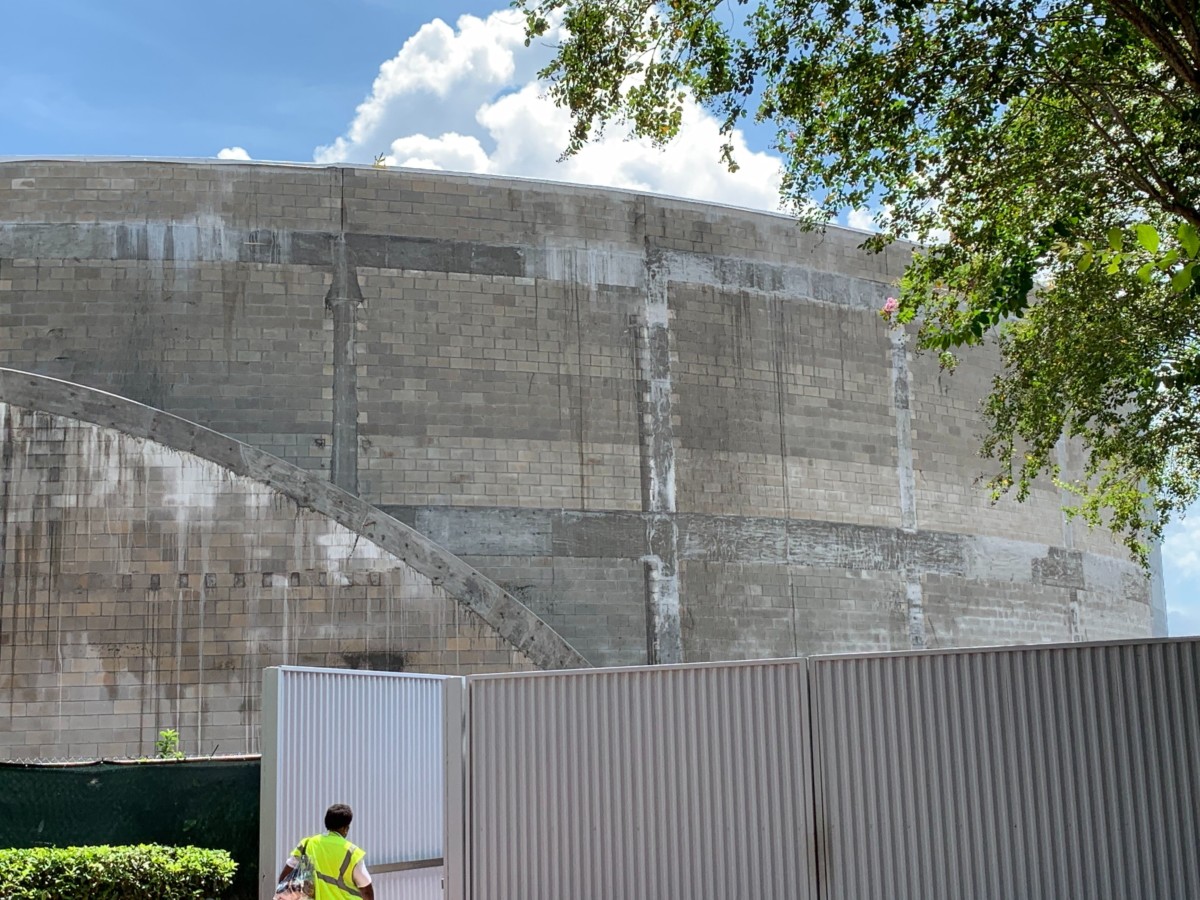 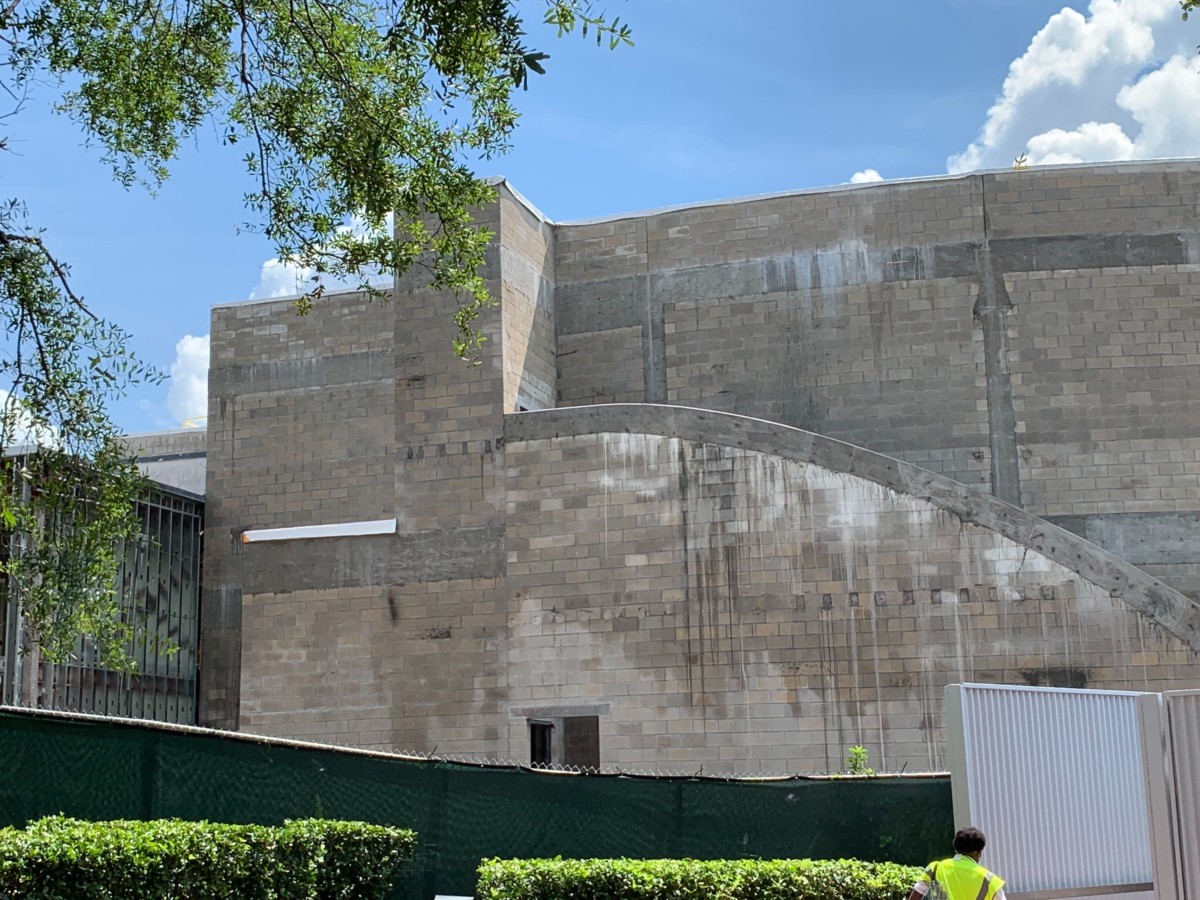 No official name has been announced for this restaurant, but I propose Alien Dining Encounter as a potential title.