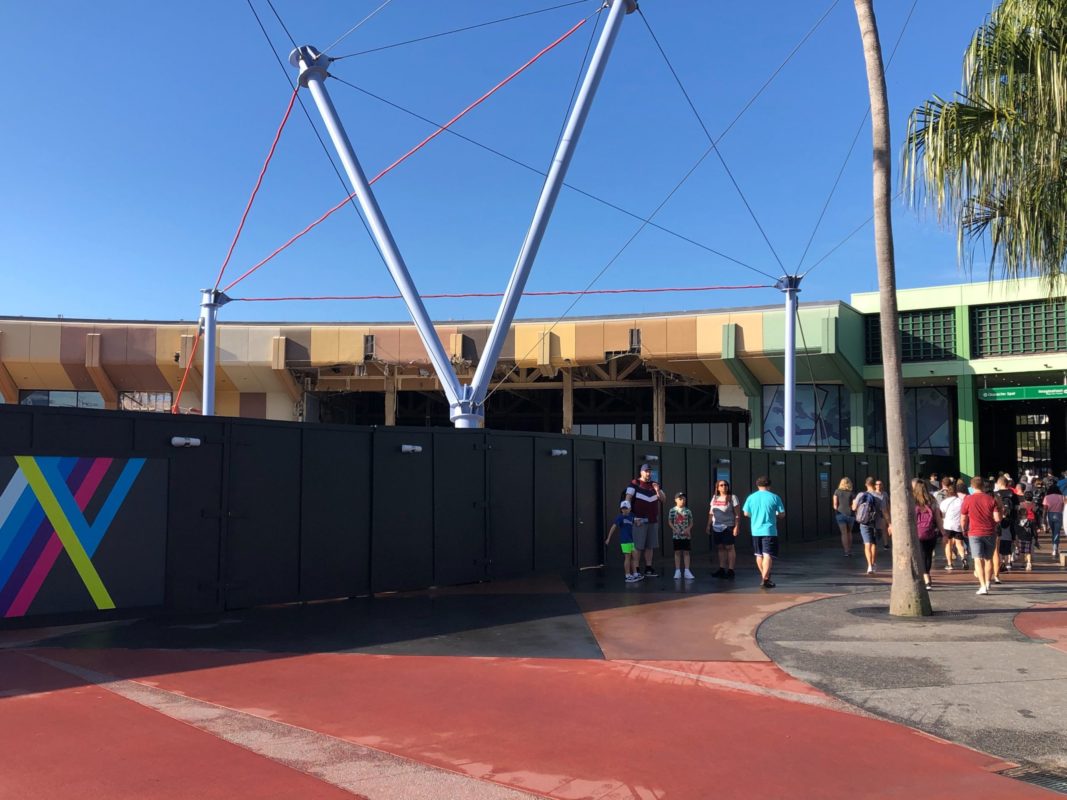 Construction walls went up around Fountain View at EPCOT back in September just days after it had closed. Since then, demolition in the area led to the complete removal of the Fountain of Nations, and work quickly moved on to the former Starbucks location in the park, known as Fountain View. Today, we saw that Fountain View is no more, as the columns and roof have since been demolished.

Demolition work has made its way through the former Starbucks, now ripping into the former Innoventions/CommuniCore structure. 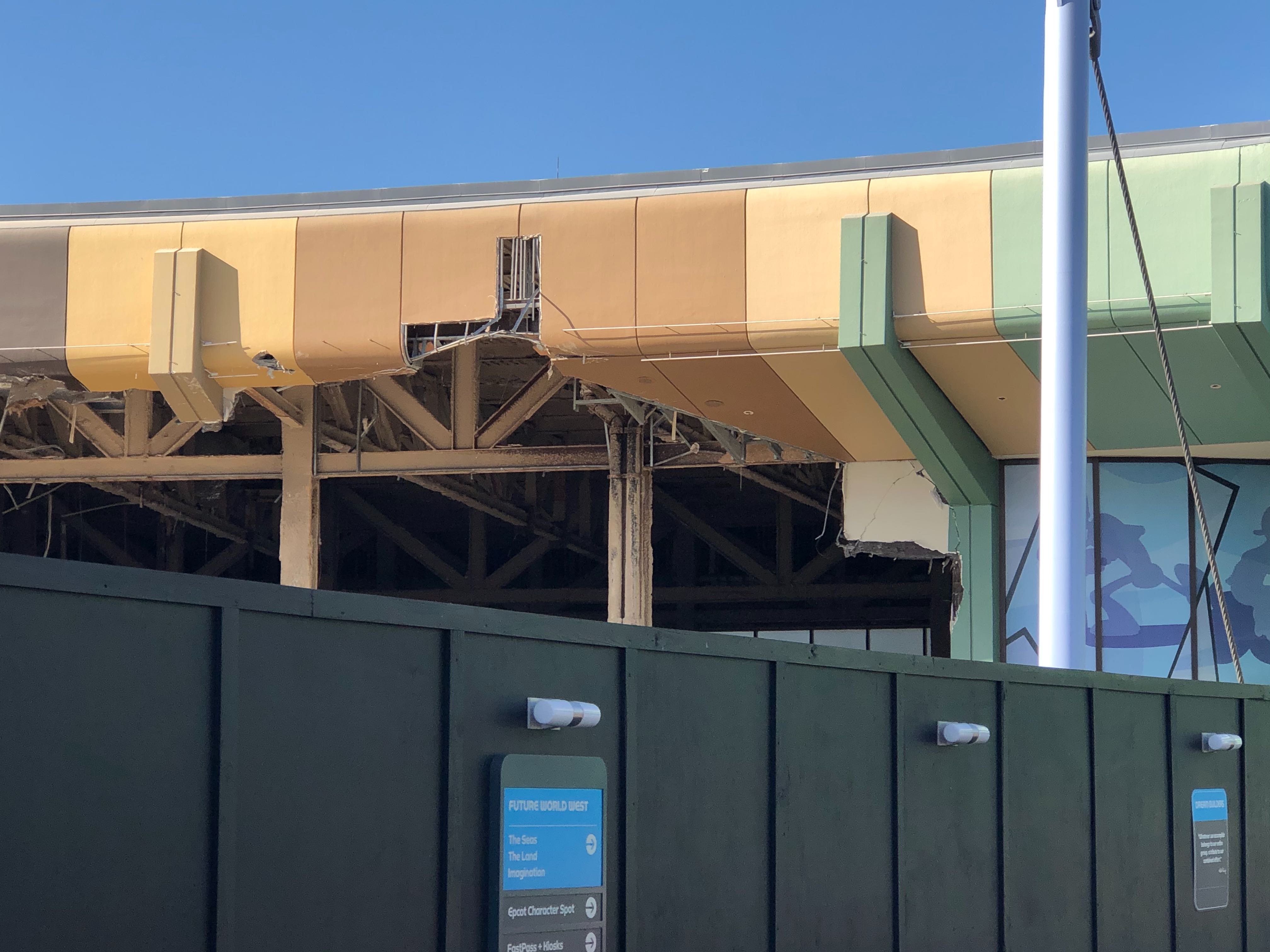 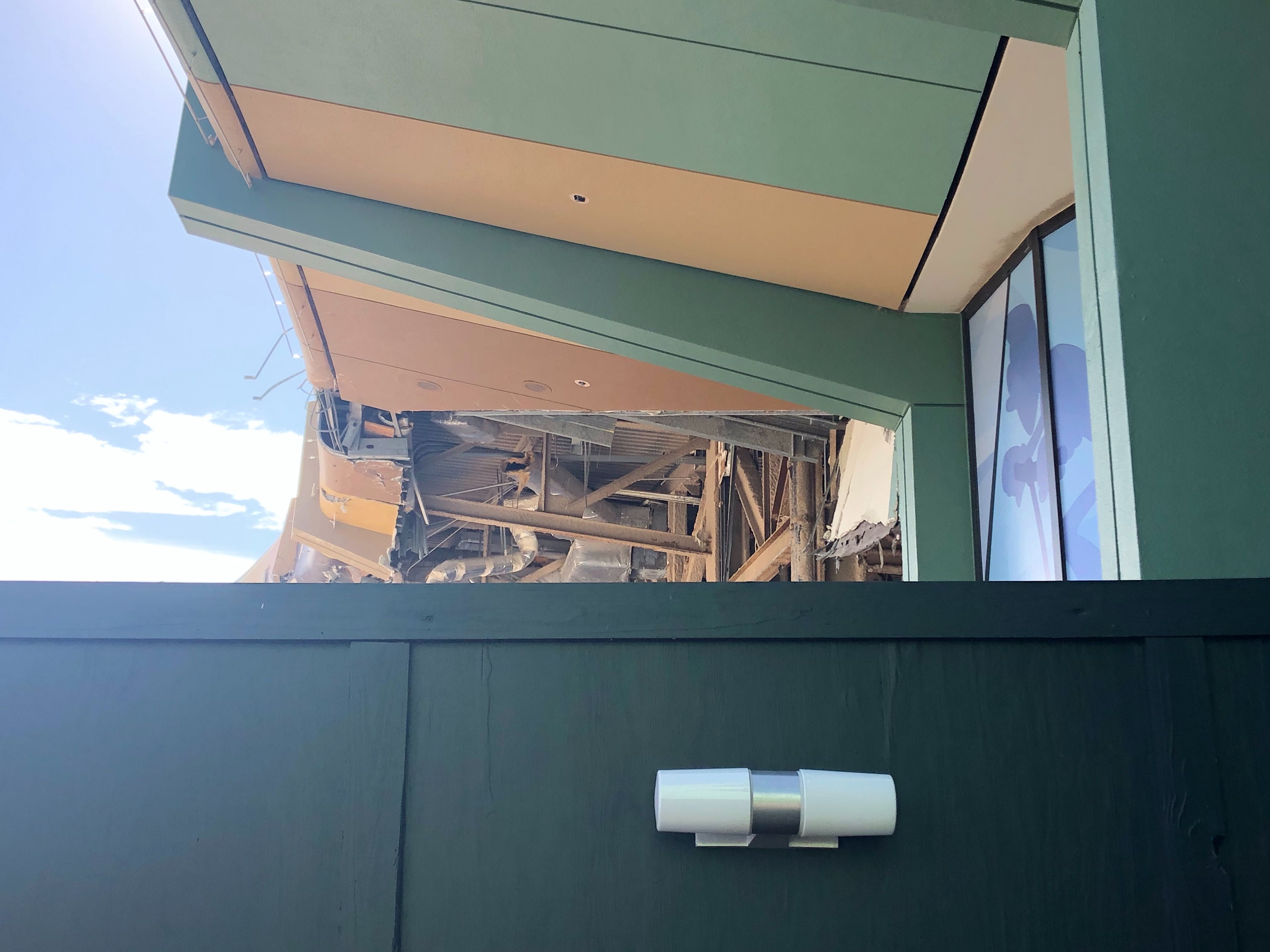 Some of the top Innoventions panels have been damaged in the demolition process. (Not that they’re going to last much longer, anyway.) 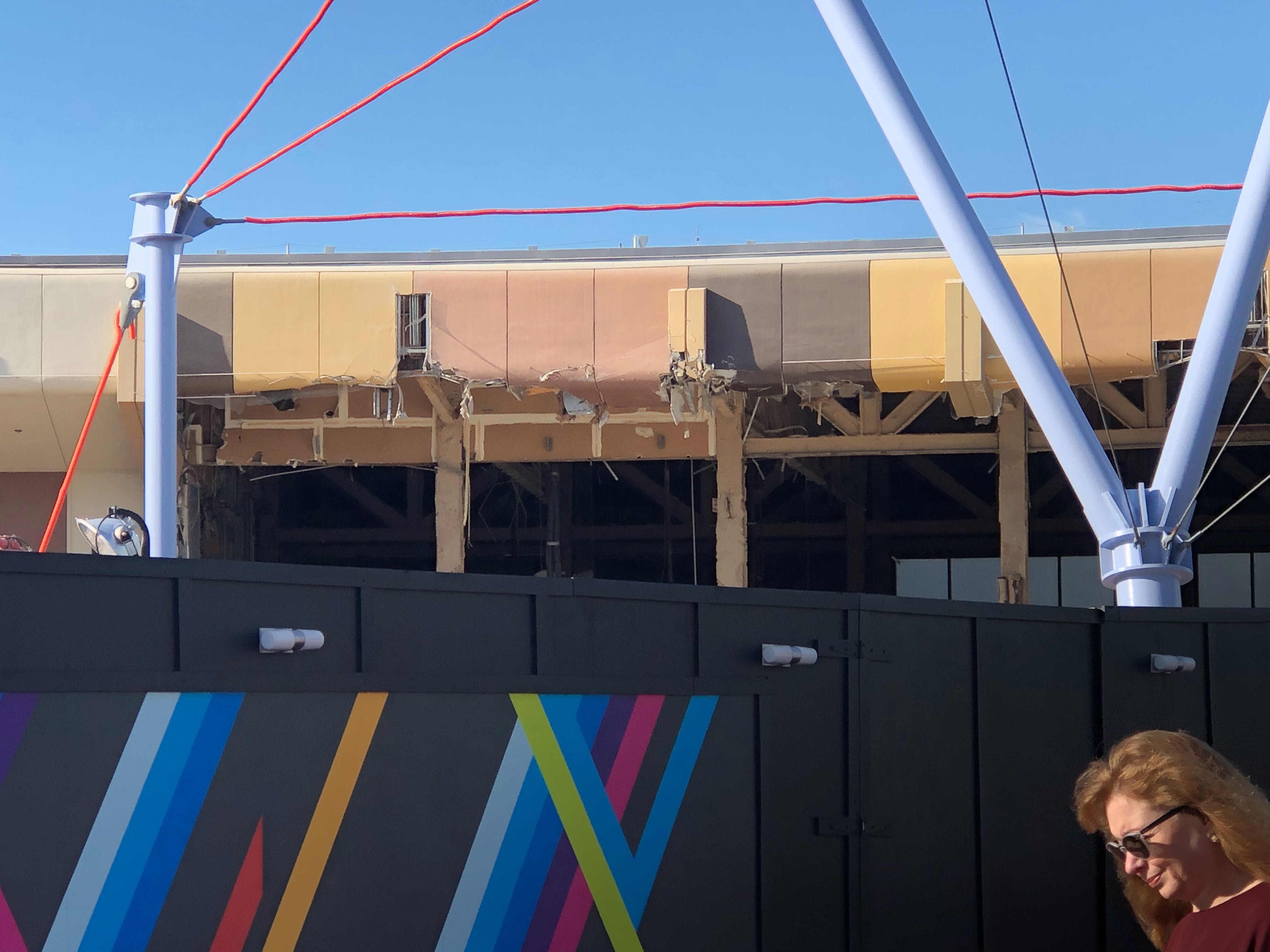 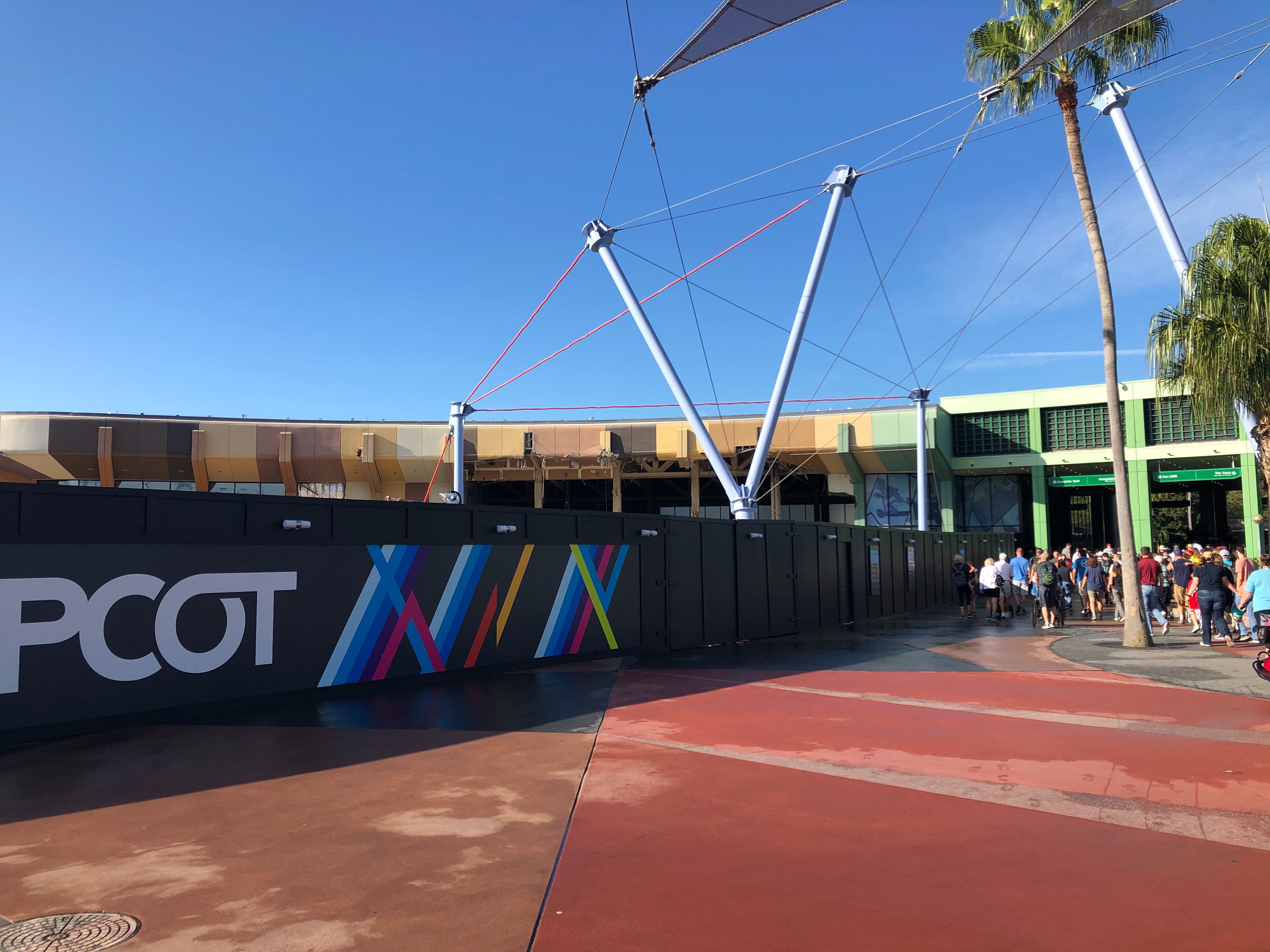 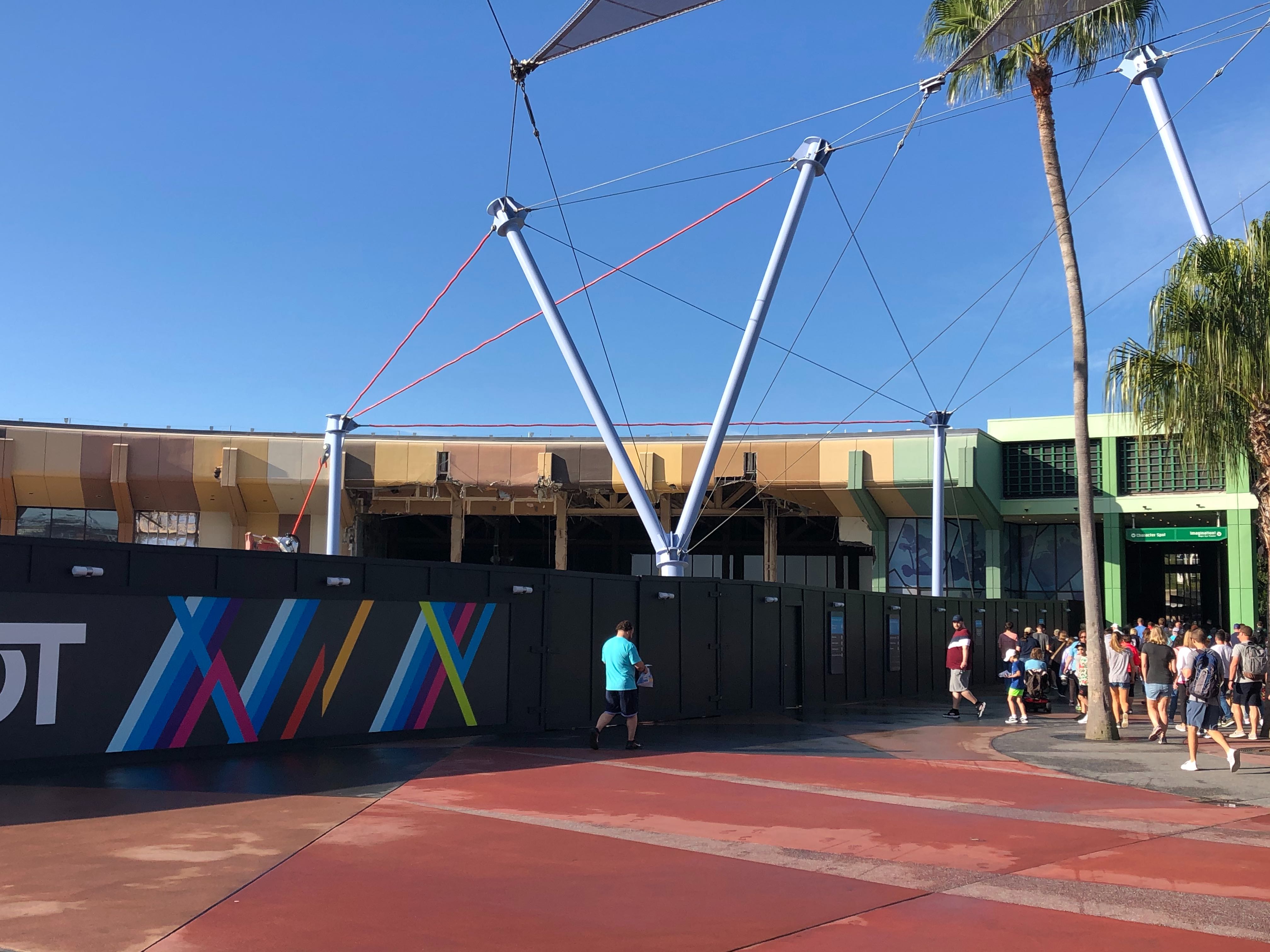 The gutted building is quite jarring even from afar, a view that is only bound to get more intense as demolition continues on Innoventions West. 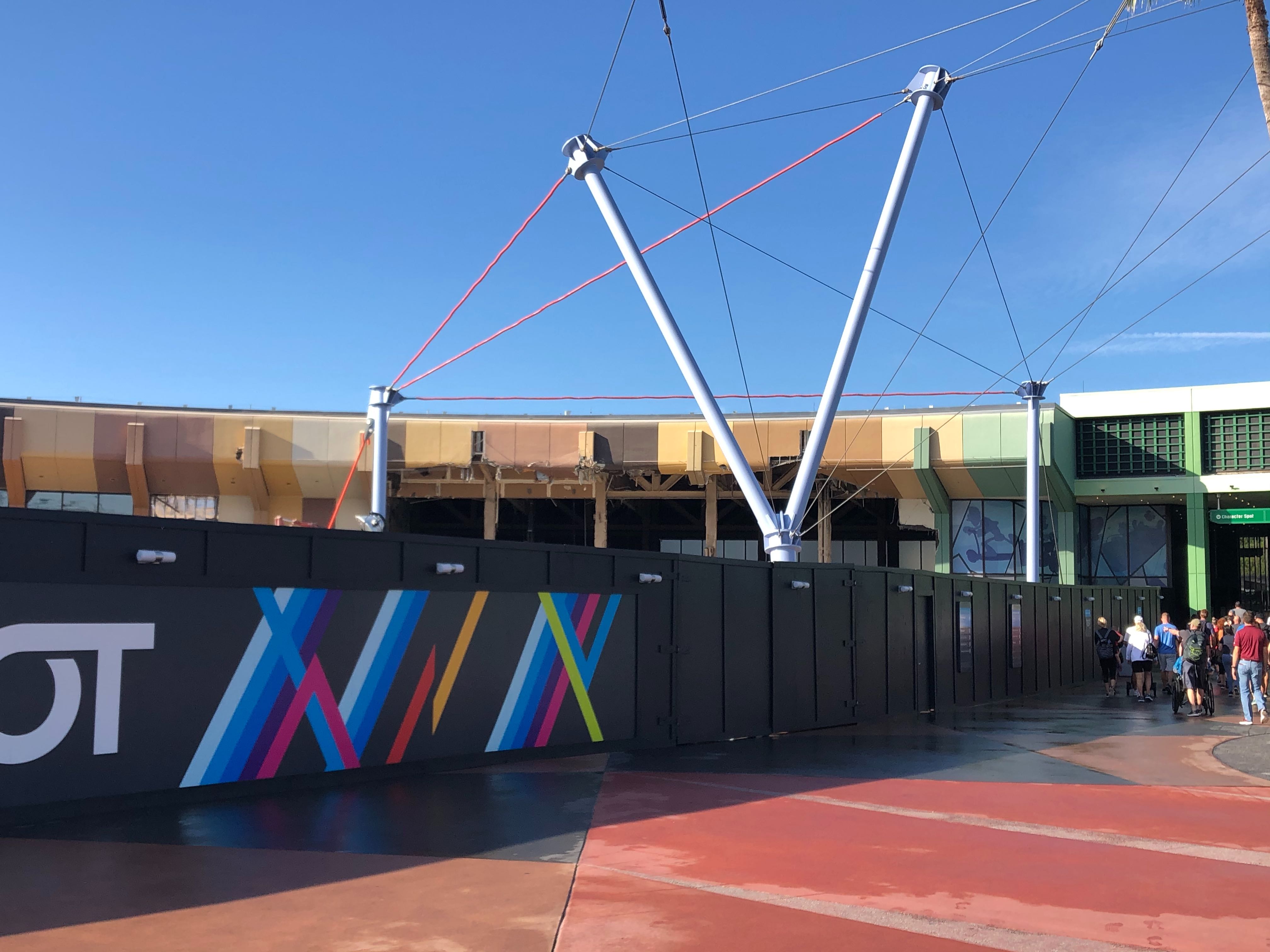 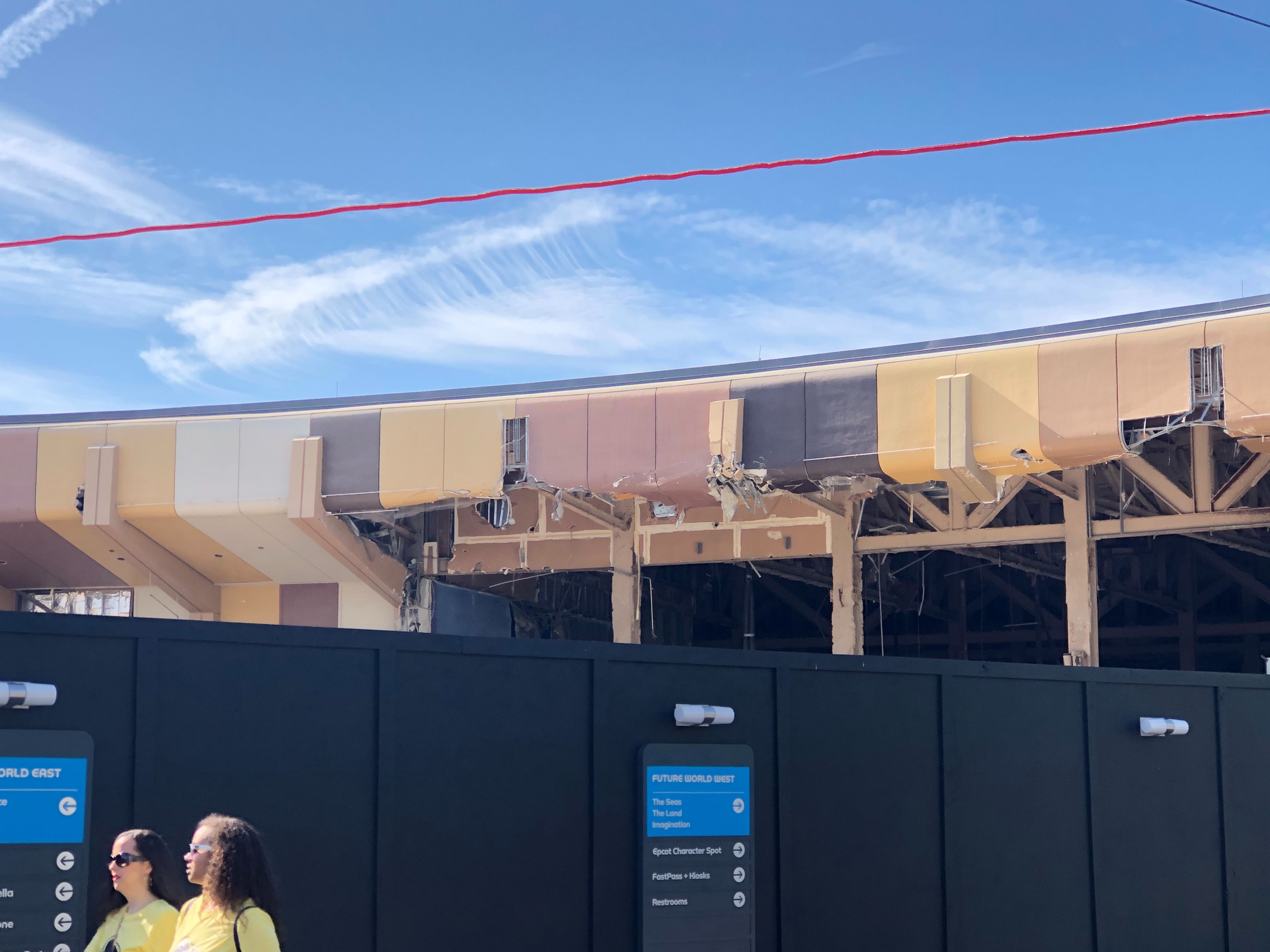 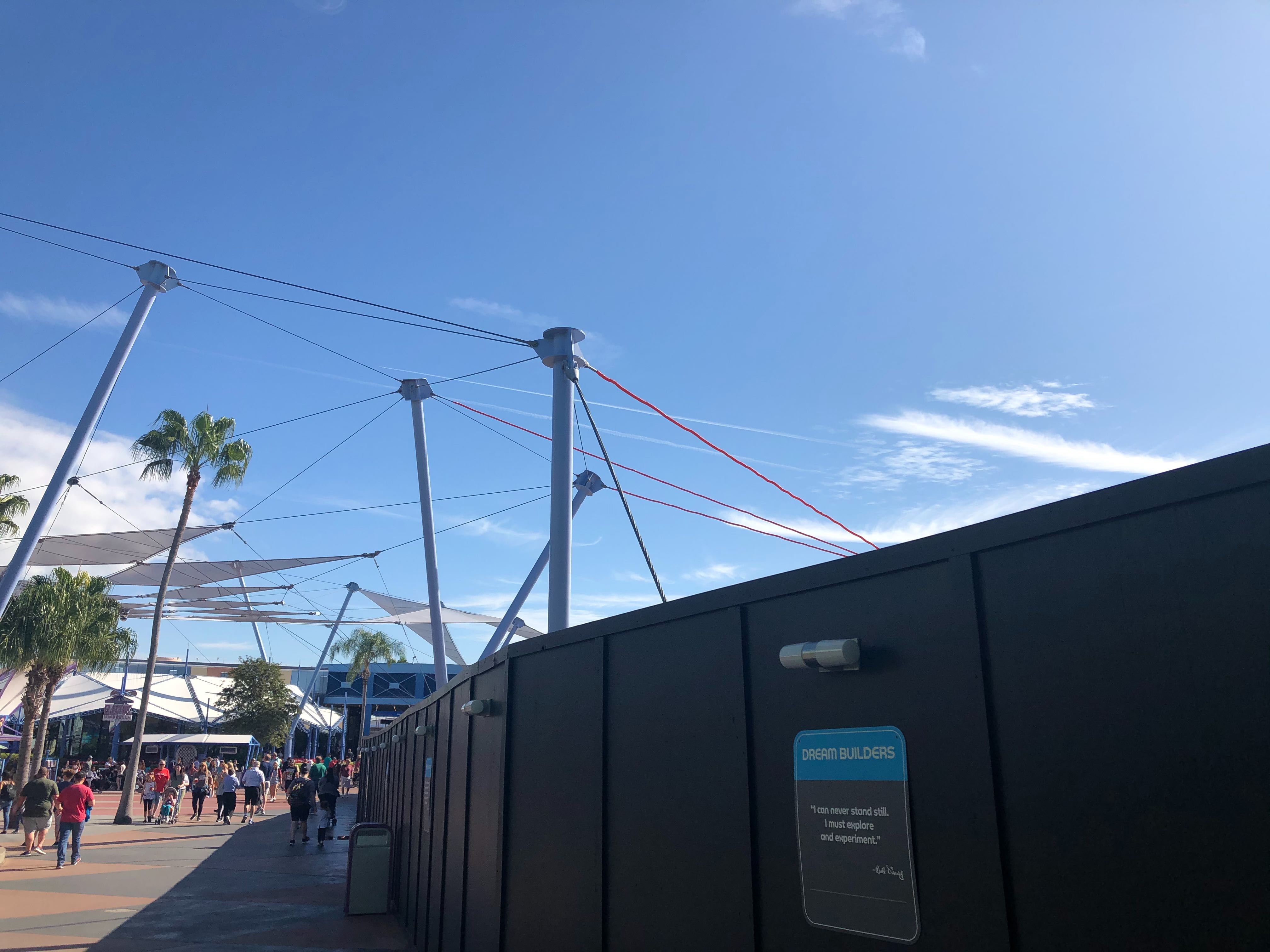 Red-orange protective sleeves have also been added to the wires that make up the Pin Central canopy. 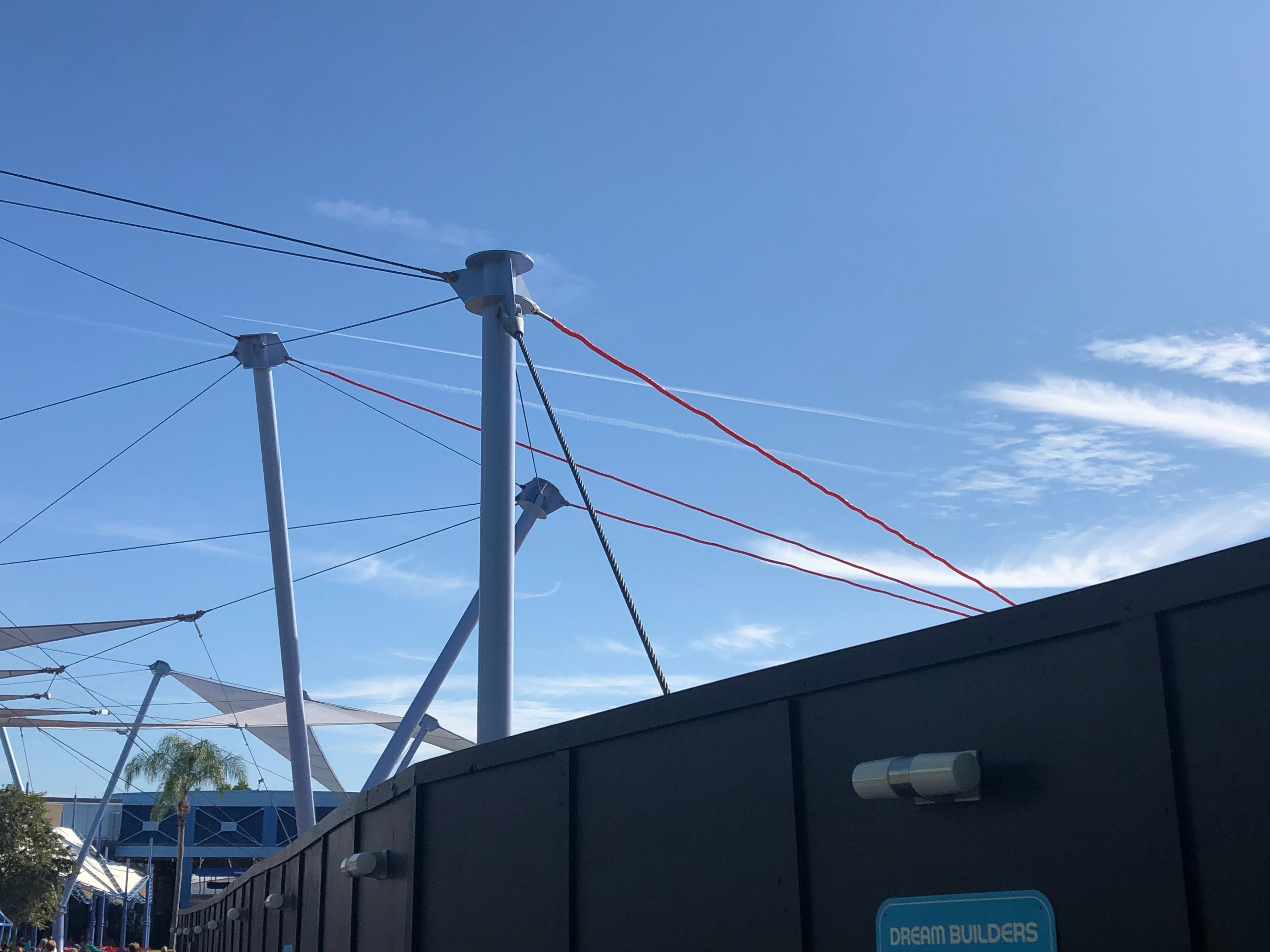 Thankfully, Fountain View should be returning in the near future, with a temporary Starbucks set up in the meantime to hold over coffee lovers. (In the meantime, they’ll just have to make do with Joffrey’s.) This entire area of Future World is slated to become a part of the new World Celebration neighborhood once the transformation of EPCOT is complete.