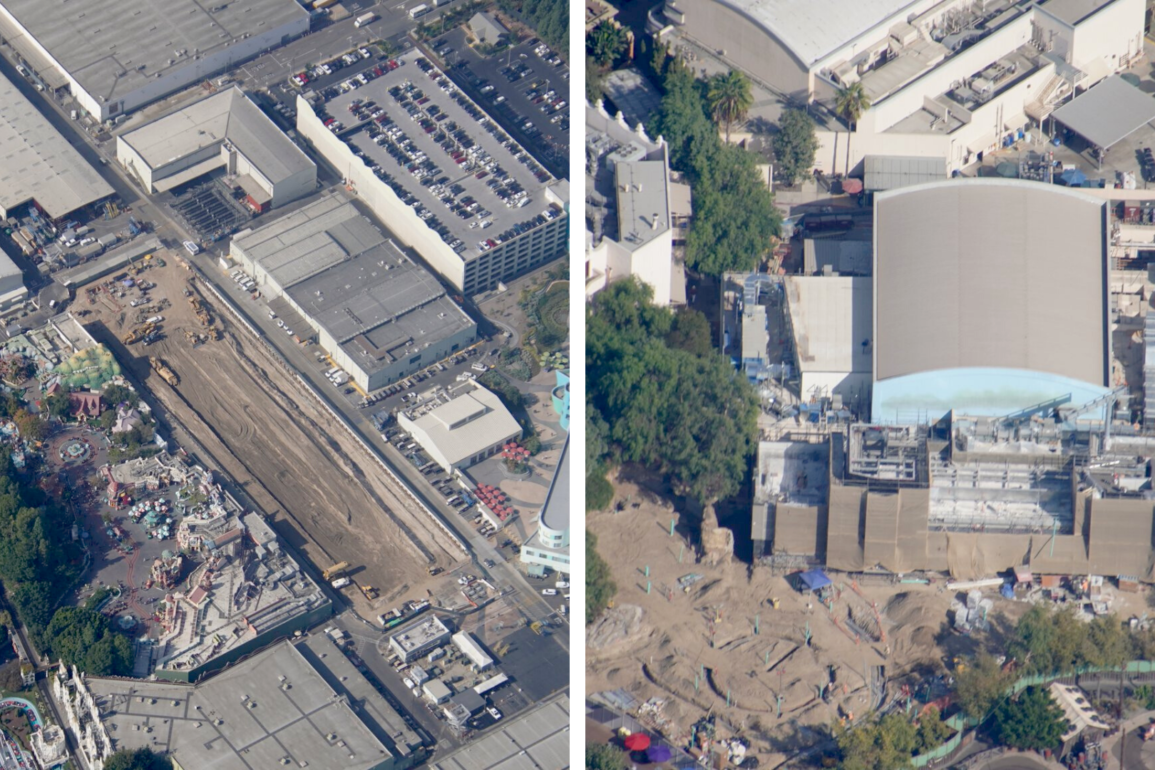 Most of the construction progress taking place across Disneyland Resort is happening backstage and out of sight––with the exception of the errant new construction wall at Galaxy’s Edge––but thanks to photos from aerial enthusiast @bioreconstruct on Twitter, we have a new view on progress for two of the resort’s major upcoming projects: Mickey and Minnie’s Runaway Railway in Disneyland and the Avengers Campus in Disney California Adventure. Close-up shots of each construction site reveals that they are matching up perfectly with the blueprints we recently revealed, so let’s delve in and analyze how each project is coming along.

We start with this stunning overall shot of the Disneyland Resort, immediately surrounded by the nearby homes and hotels of Anaheim. The resort is compact and without much “blessing of size”, yet Imagineers continue to expand or revamp spaces to fit new attractions and lands. On the right, you have Disneyland Park, and on the left is Disney California Adventure. We’ll start on the left, with the Avengers Campus, or MARVEL themed land.

As you can see, the Avengers Campus MARVEL themed land spans across from the corner of Carthay Circle to Guardians of the Galaxy: Mission Breakout!, with Cars Land directly adjacent to the land. The land will be accessible from Cars Land and Hollywood Land, just as “a bug’s land” was. 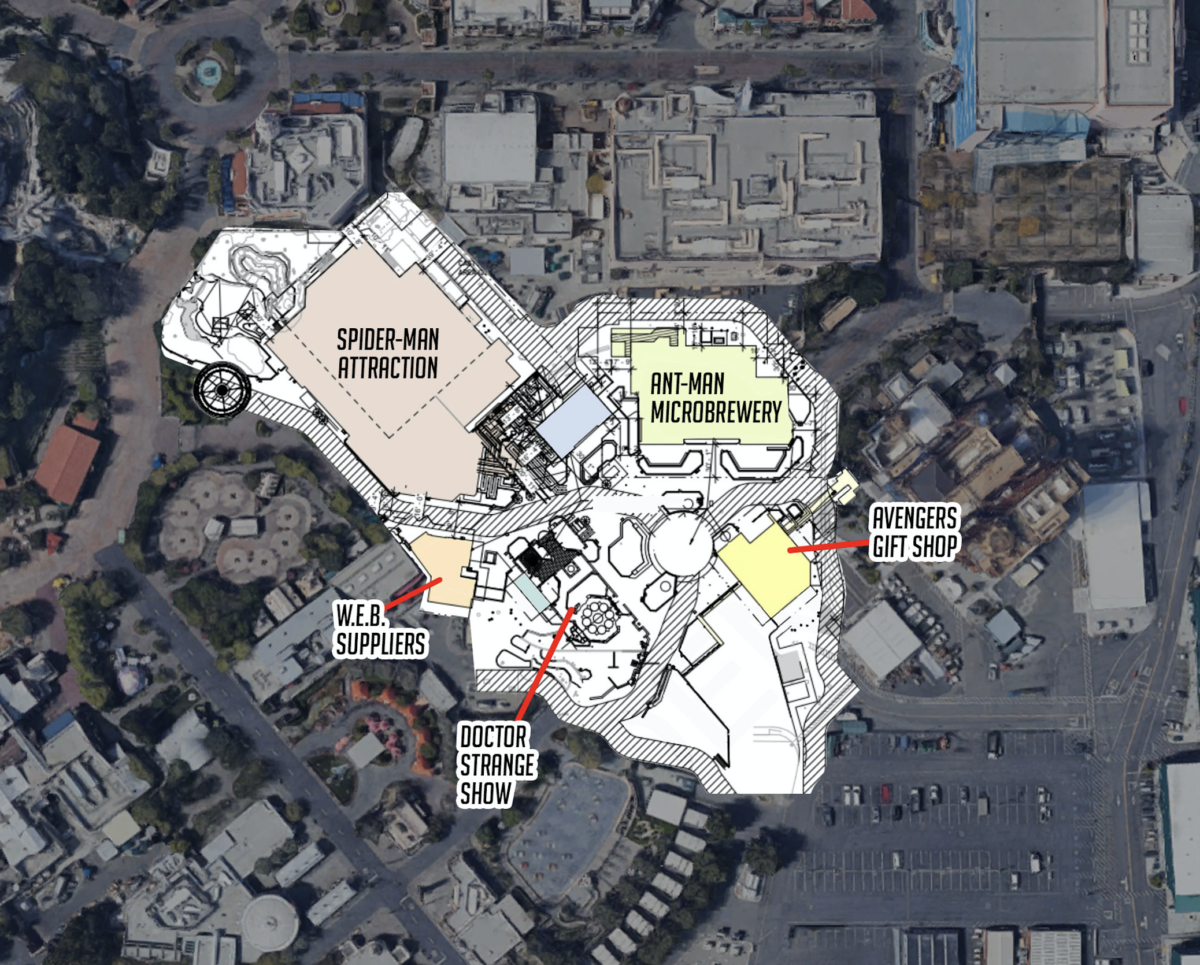 You can check out more of the land’s layout in this comprehensive post here.

The circular outline by the bottom center of the shot is to become the themed entrance portal for the land, with the Spider-Man attraction building taking up most of the central space above it. If you look off to the far right lower corner of the image, down by where Mater’s Junkyard Jamboree is, the polygon-shaped building surrounded in scaffolding is to become the new W.E.B. Suppliers Store. In the upper right-hand corner, you have the former “a bugs land” bathrooms (orange) as well as the Ant-Man Microbrewery (purple). Beyond the microbrewery will be the new Avengers Campus shop, where we should also hope to find a Quinjet stationed nearby, if the concept art comes to fruition by the time the land opens in 2020. 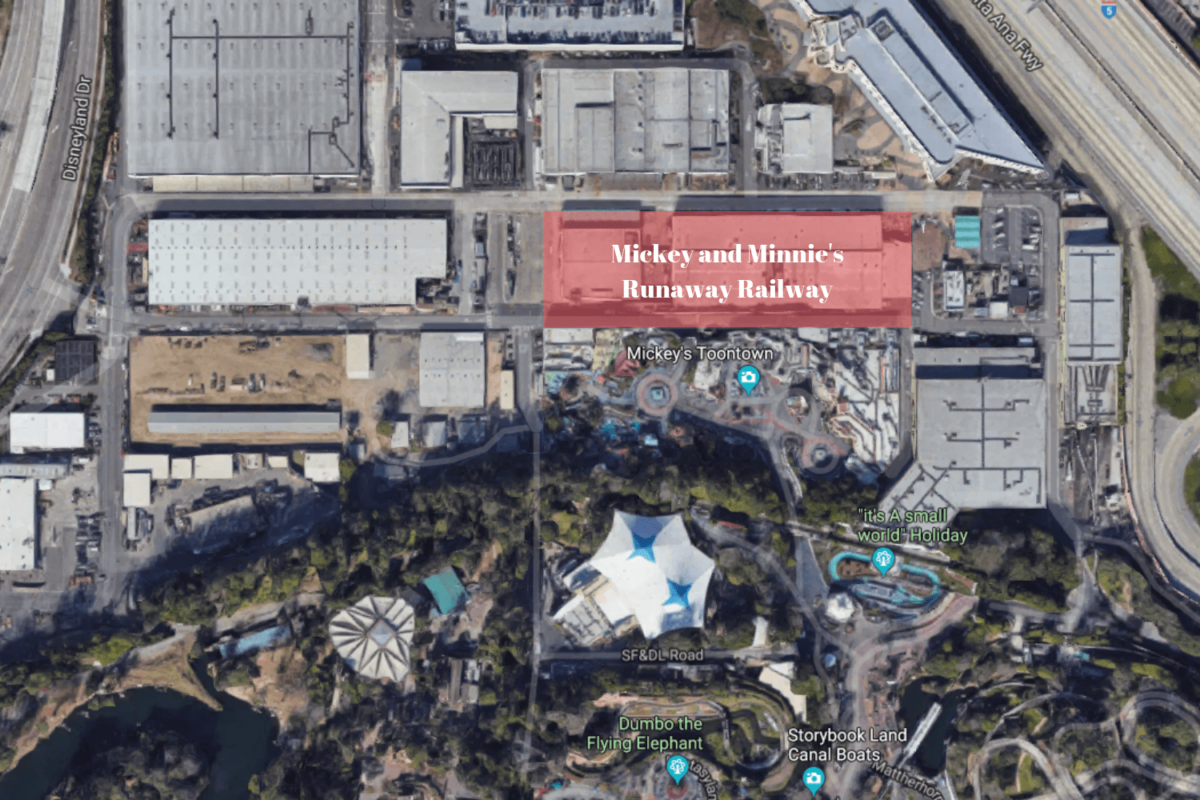