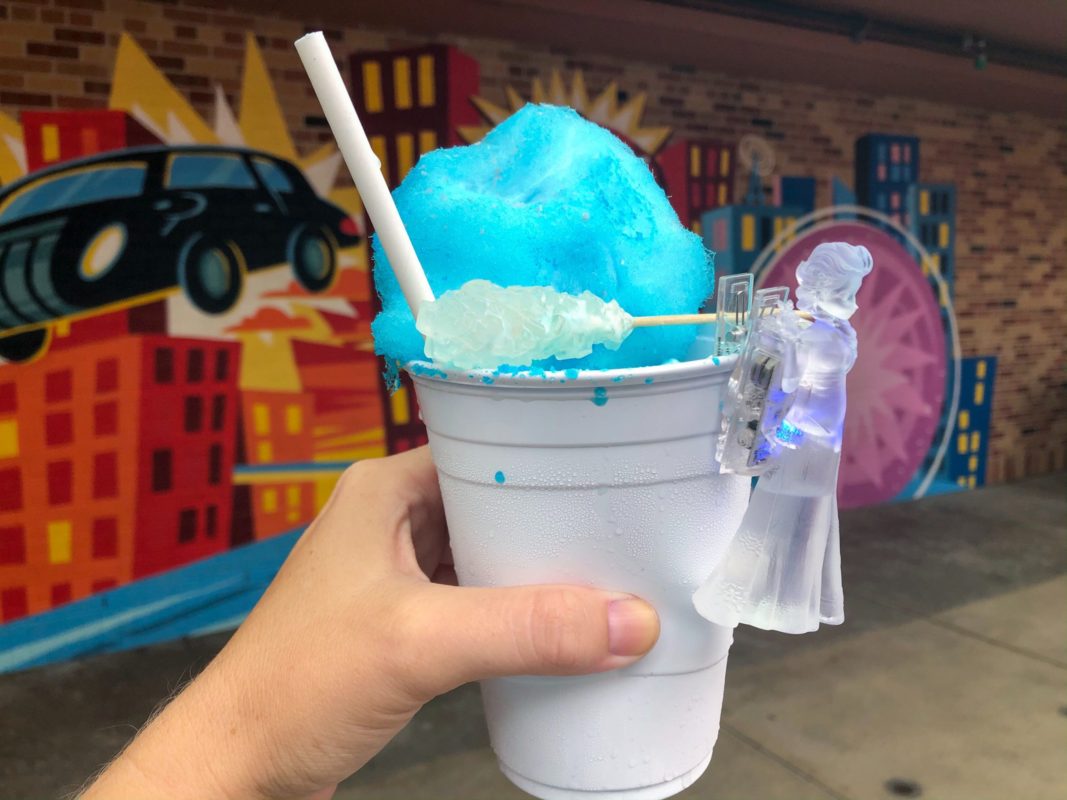 Disney’s Hollywood Studios has had a flurry of new treats lately. We’ve tried everything from Elsa’s Macarons to Olaf’s Hot Chocolate Verrine, but we’re back for some new frozen treats. Two new Frozen 2  themed beverages have arrived at Hollywood Studios and they’re sugar, ice, and everything nice. The Northern Lights comes with an Elsa clip and Olaf’s Snow Flurry comes with an Olaf clip. Let’s delve into the unknown and try them. 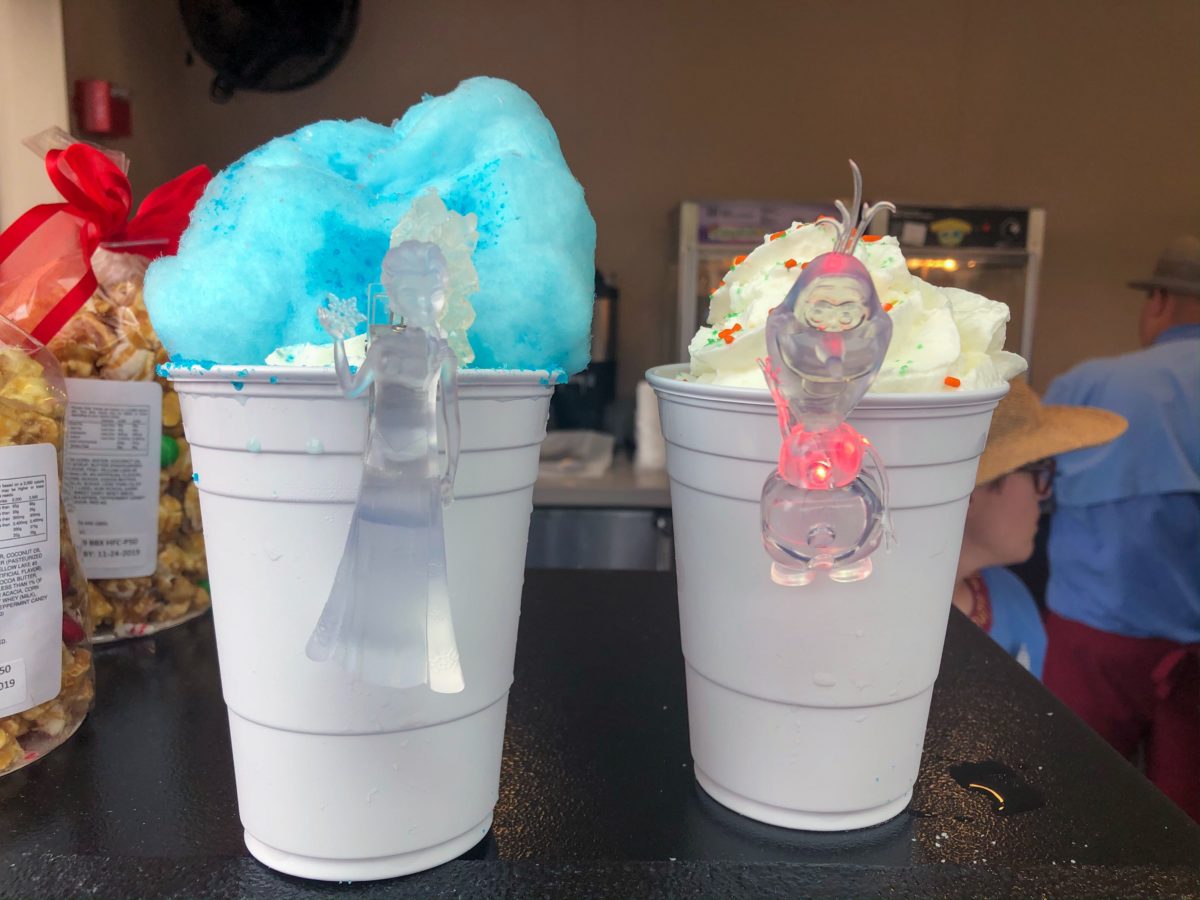 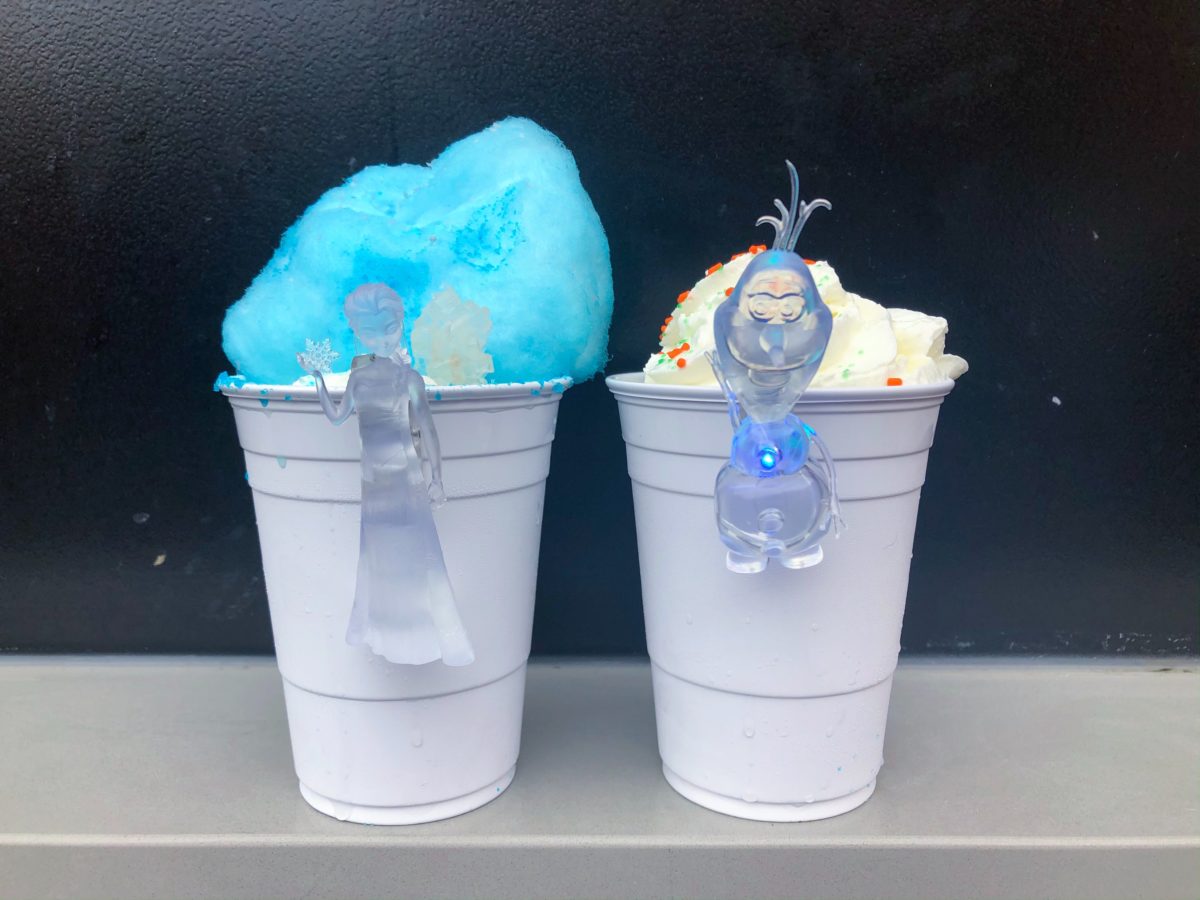 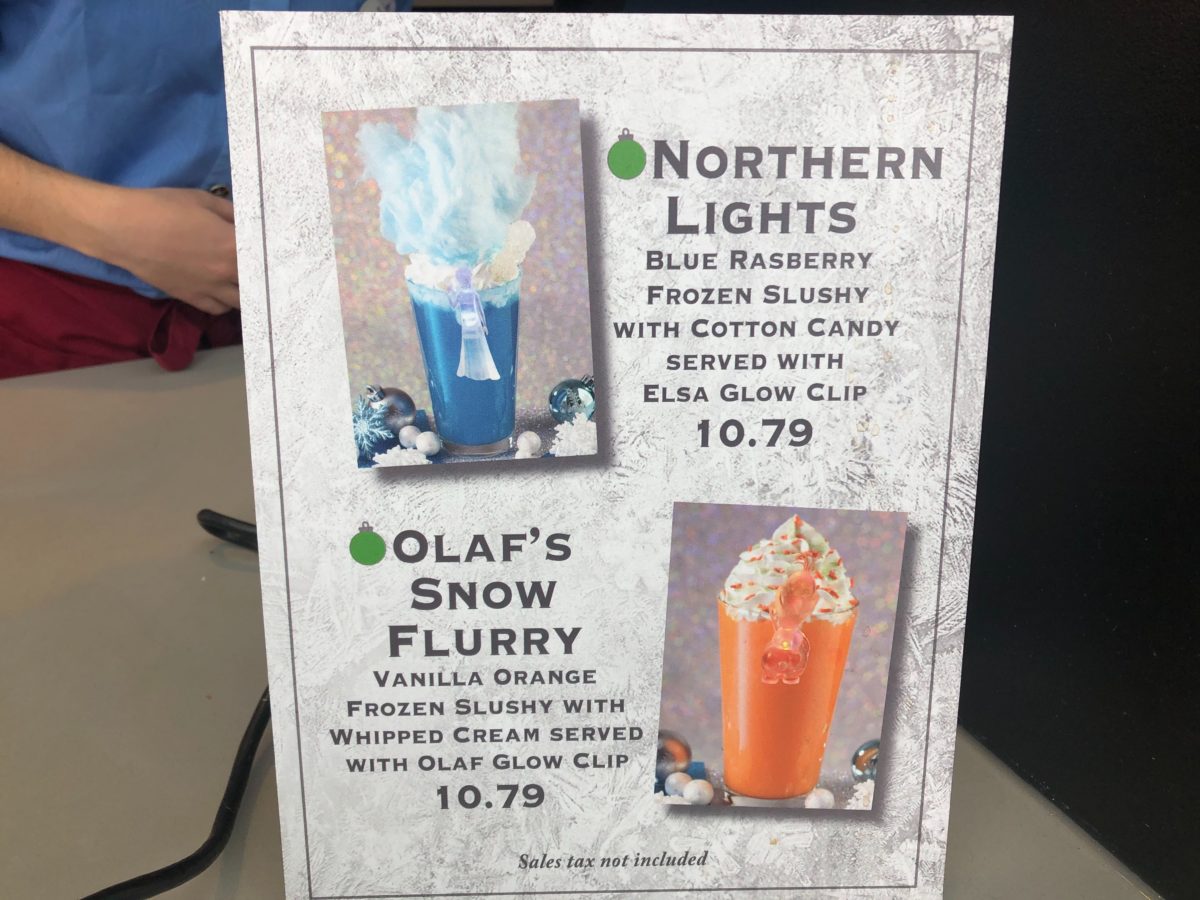 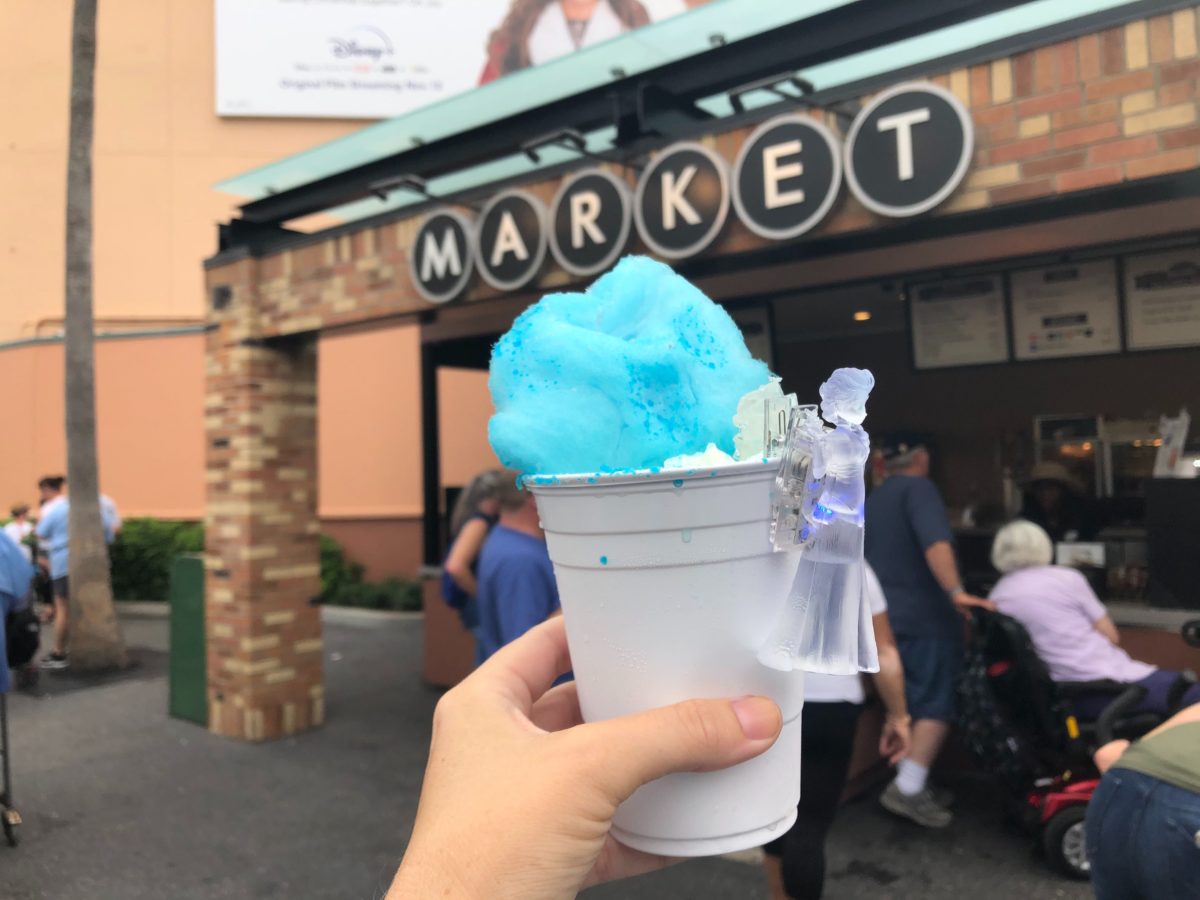 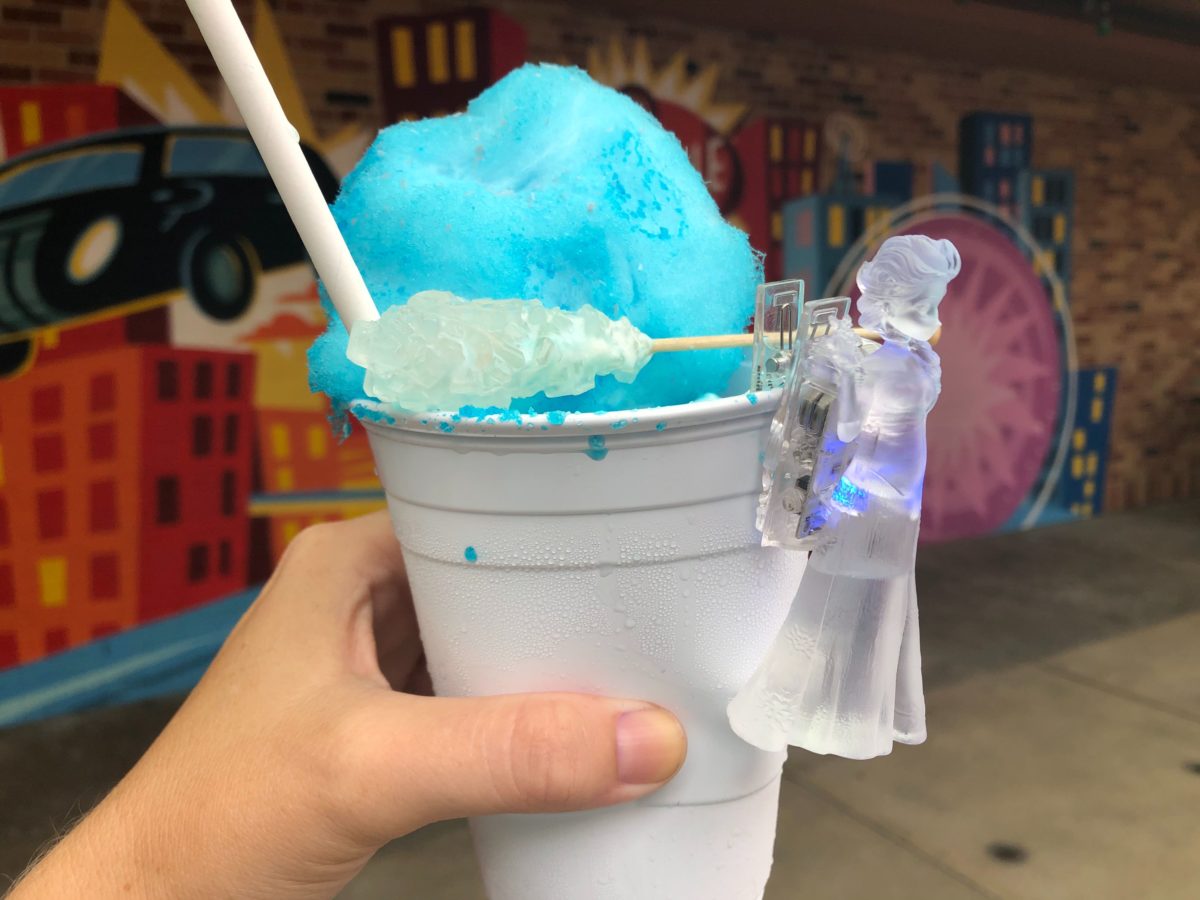 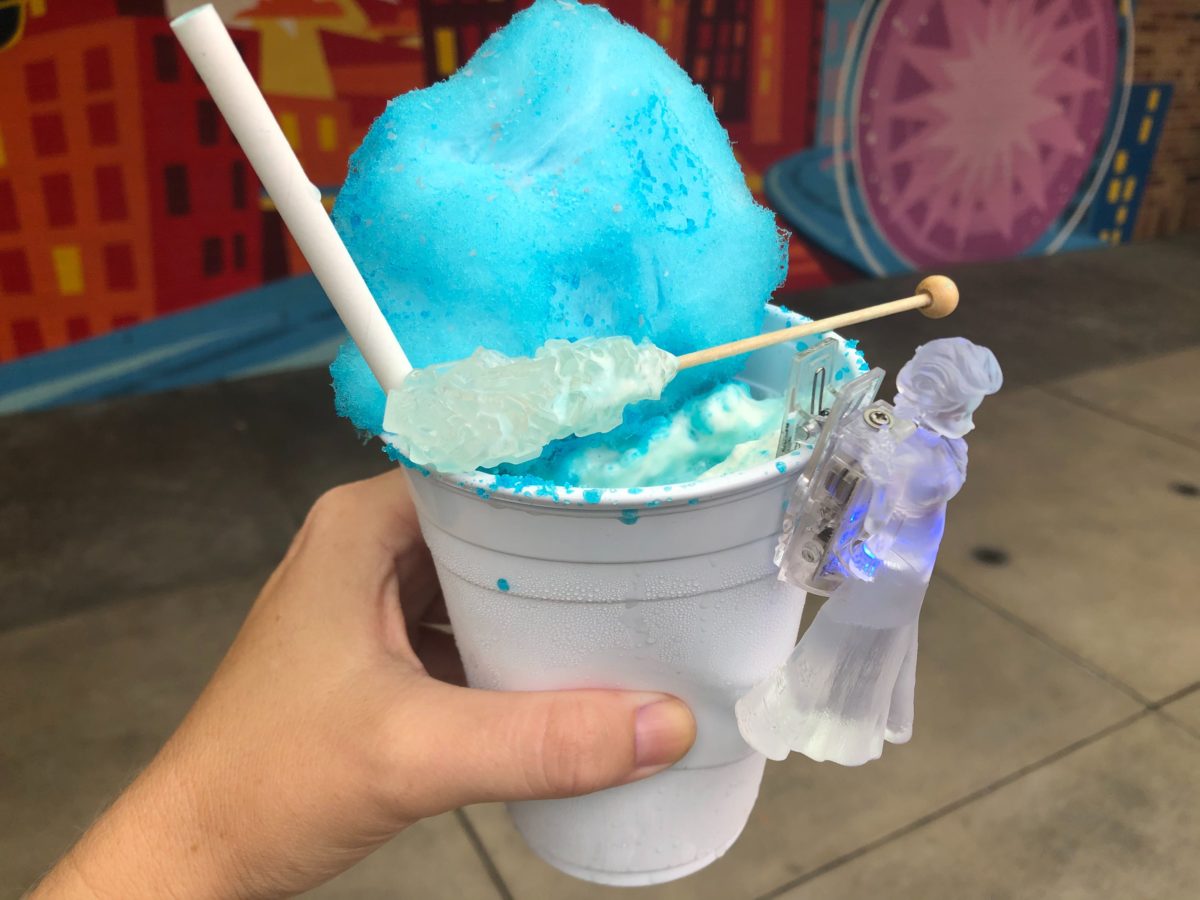 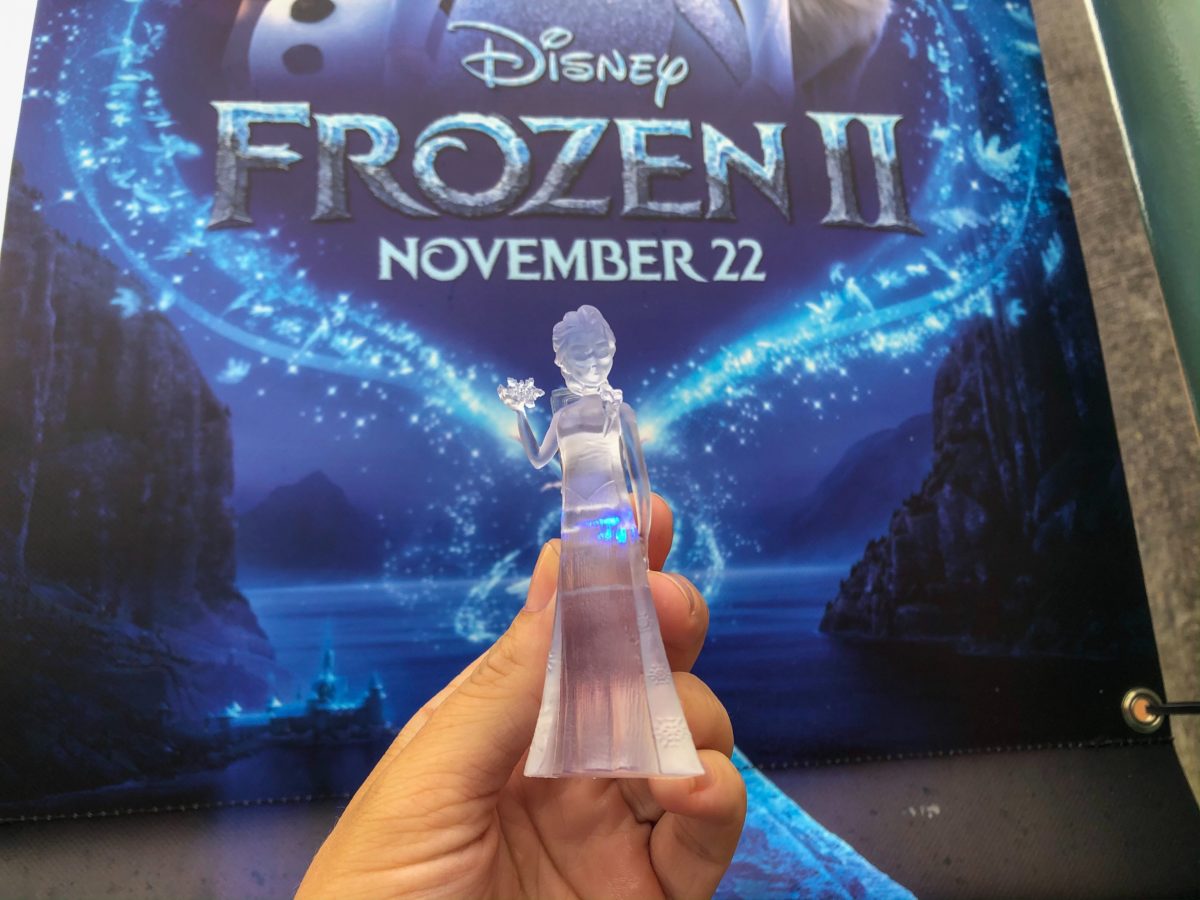 The Northern Lights is a blue raspberry slush topped with cotton candy, whipped cream, rock candy, and sprinkles. It’s an icy blue treat that is extremely sweet and comes with a light-up Elsa glow clip. This might be the more Instagrammable drink of the two (if you can get a shot before the cotton candy starts to disintegrate) but it’s probably the most difficult to drink. It’s good, but it’s just too sugary and sweet to be enjoyable, unfortunately. We used the rock candy stick as a spoon at one point, but that might have been a mistake. If you’re craving sugary sweets, this might be the best way to satisfy it. 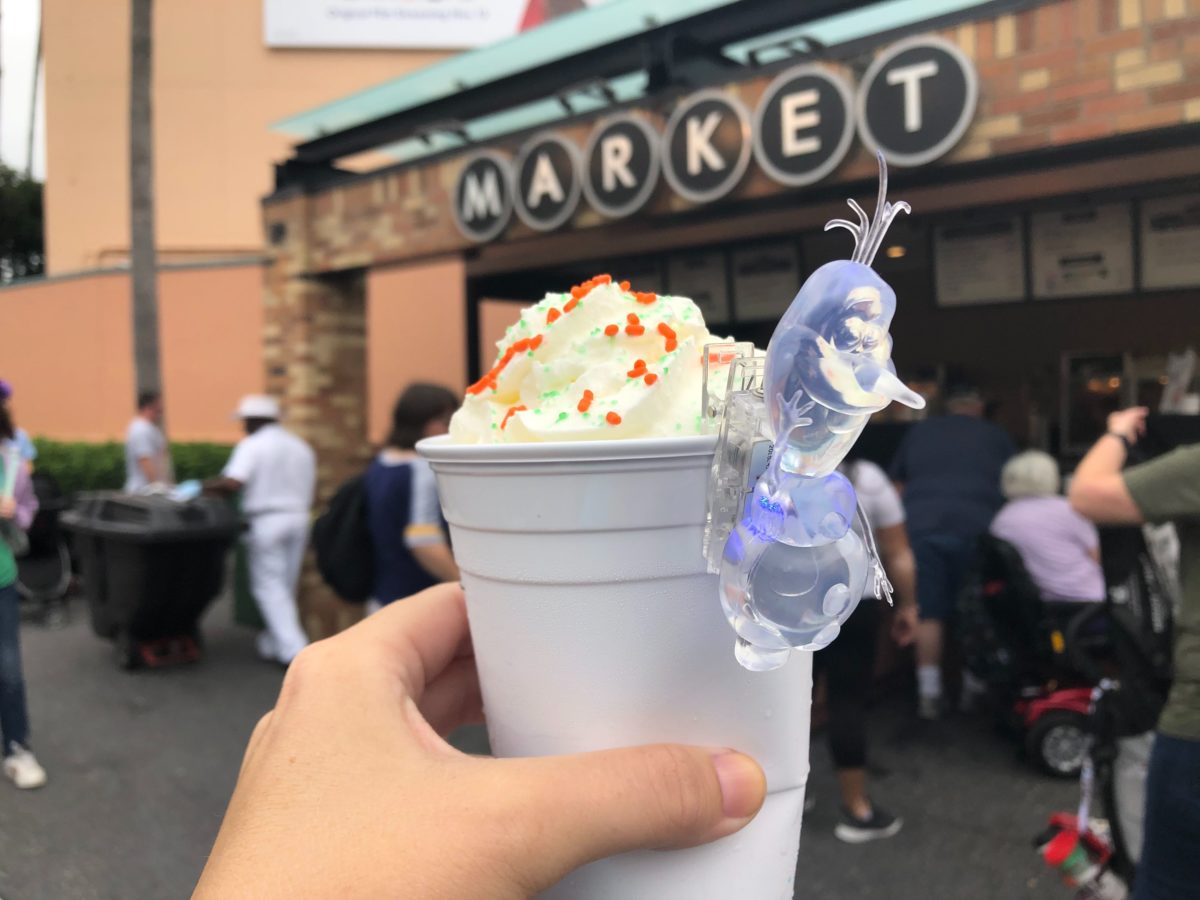 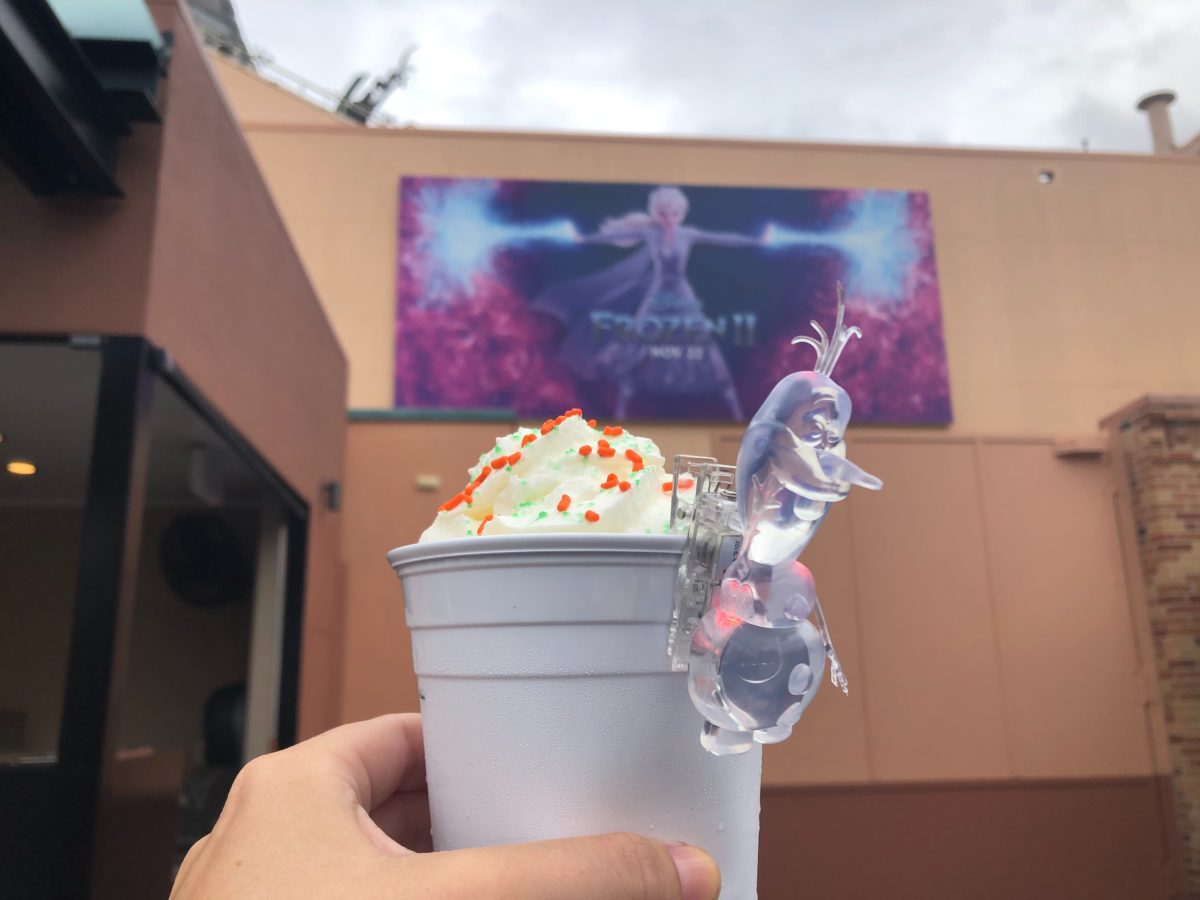 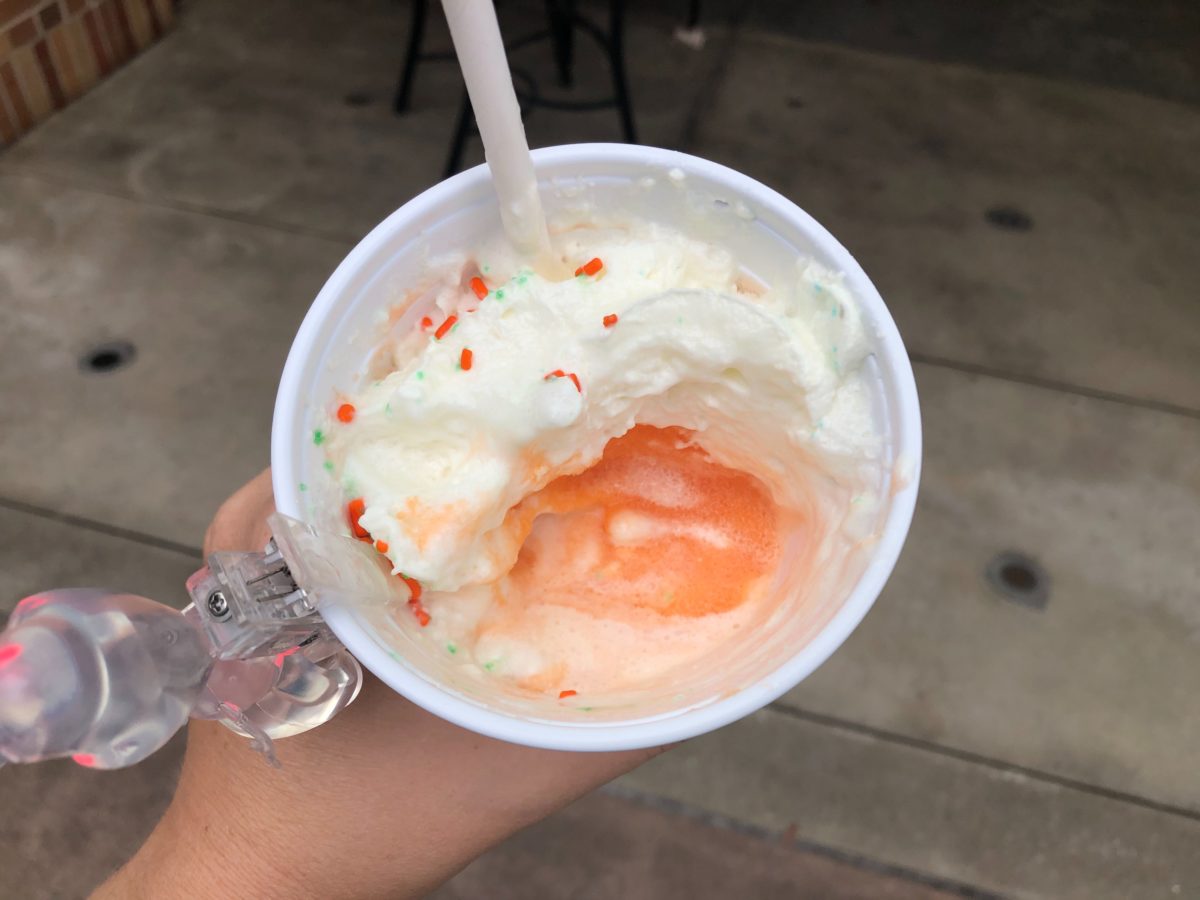 This might be the more basic of the two drinks, but it was far superior to the sugary Northern Lights. A creamy orange slush is topped with whipped cream, sprinkles, and an Olaf light up glow clip. This tasted like a melted creamsicle, and very similar to the Frozen Orange Cream Soda from Kingla Bakeri in EPCOT. 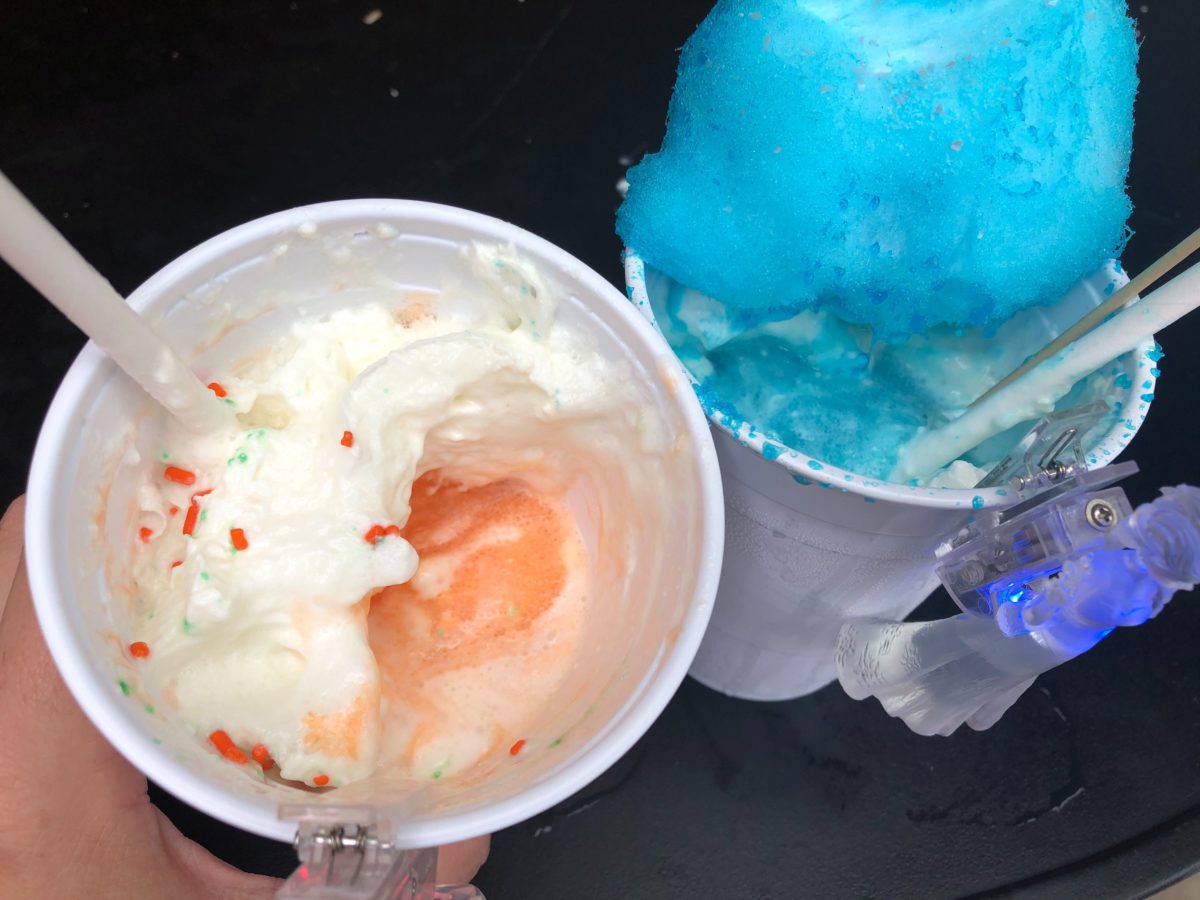 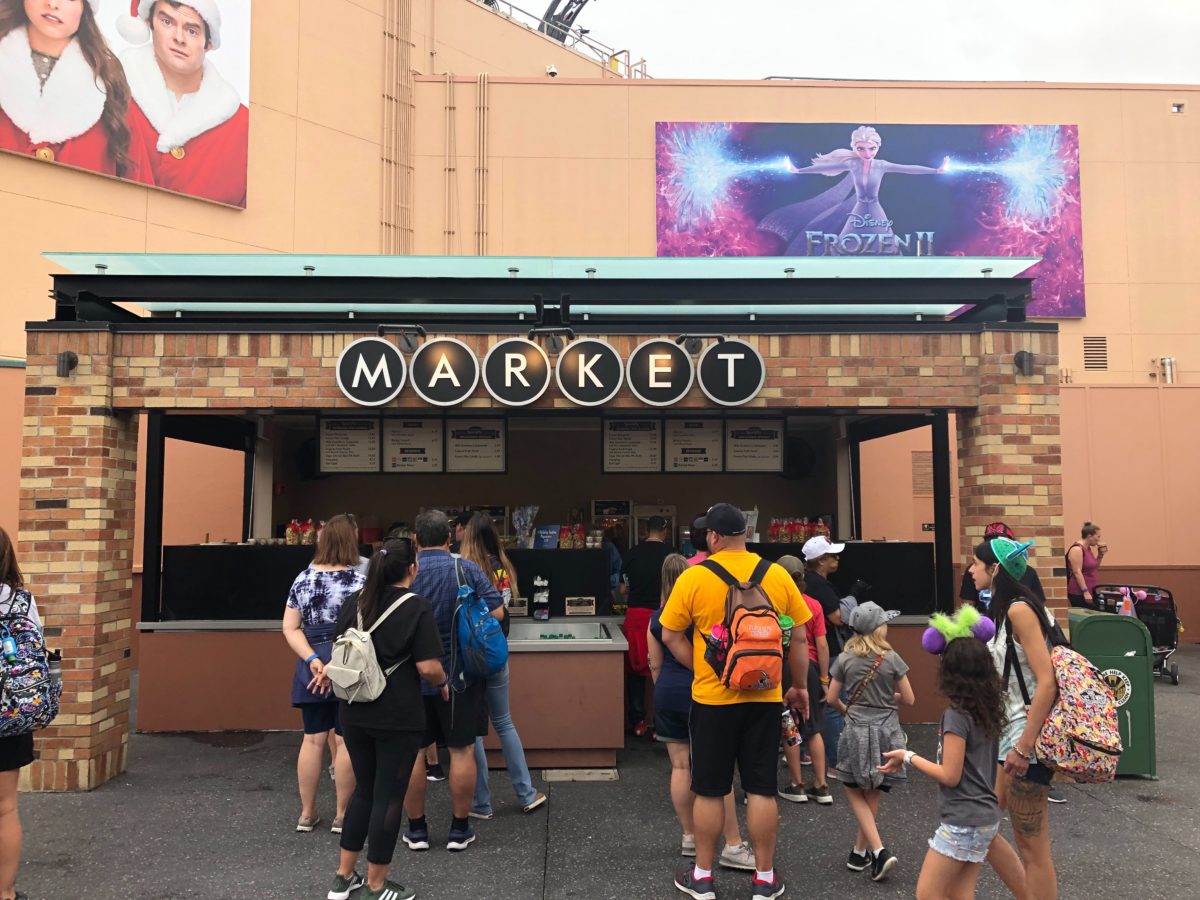 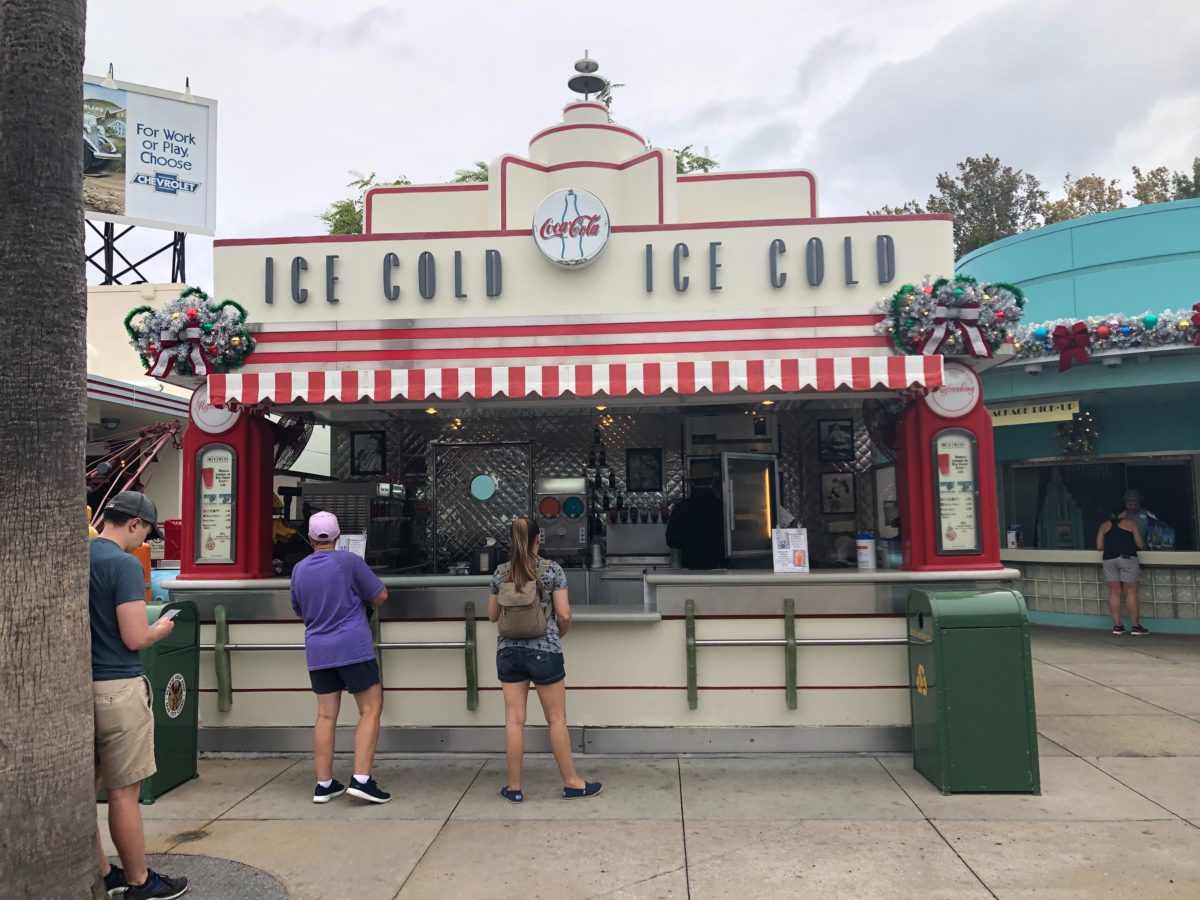 These new Frozen 2 themed beverages can be found at multiple locations around the park, including The Market and the Ice Cold Snack Stand at the entrance of the park. The glow clips are a fun souvenir to take home, so the price isn’t too bad for these drinks. Will you be making your way over to Disney’s Hollywood Studios to try either of these new Frozen 2 treats?