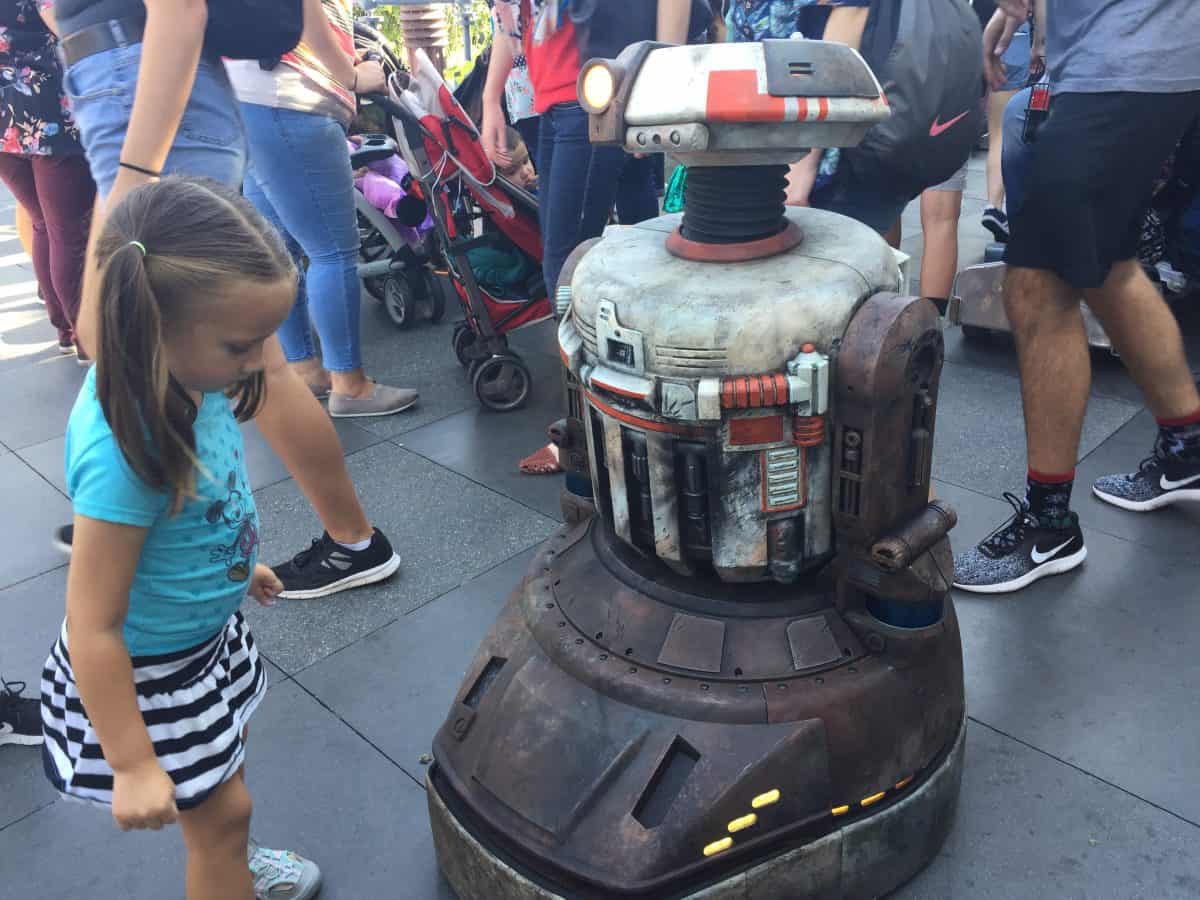 So far on Batuu, we’ve seen build-your-own droids, Coke Droids, and plenty of droids on stand-by for photo ops, but one glaring omission still remains months after the land’s opening on both coasts: the roaming, interactive droids that were promised when Star Wars: Galaxy’s Edge was first announced. 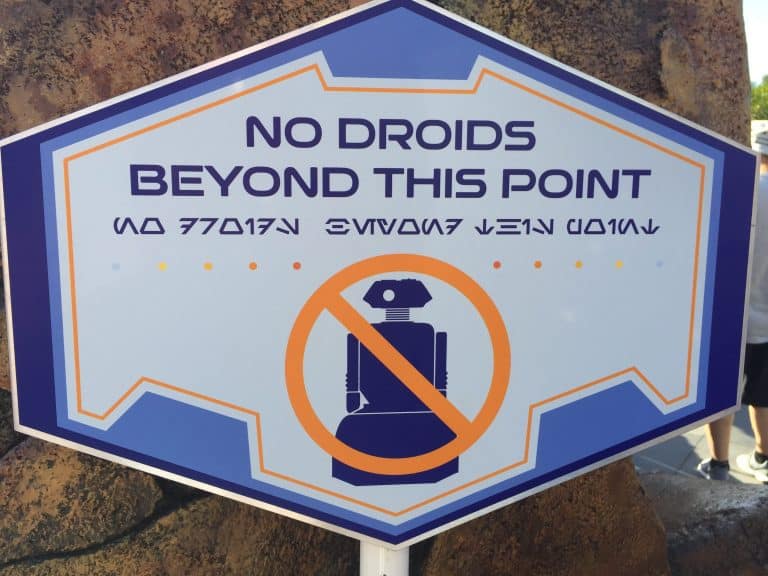 For the first few months of the land’s opening, heavy crowds were cited as the reason to not roll out these autonomous droid characters, but in a recent piece by the Orange County Register asking when the elusive droids would be debuting at Galaxy’s Edge, it appears Imagineering has no plans to use autonomous character technology in Star Wars: Galaxy’s Edge.

You may recall that Disney has tested these autonomous droids several times at Disneyland Park and even at the last D23 Expo. The most famous of these is Jake, or J4-K3, which has more sensors than a self-driving car, according to Walt Disney Imagineering research and development manager Ashley Girdich.

In the Register piece, Imagineering went on to explain that the Jake project was merely exploratory and independent from anything that was being developed for Star Wars: Galaxy’s Edge, and no decisions have been made on where or when the droid will be used again.

While J4-R3 is constantly being updated and recoded, any and all plans to have him or any other droid roaming future lands, and Galaxy’s Edge, are currently on the backburner.

PHOTOS: Guardians of the Galaxy: Cosmic Rewind Gets New Walkway Concrete at EPCOT

18 thoughts on “Disney Now Has No Plans for Roaming Droids in Star Wars: Galaxy’s Edge”