With Enchanted Rose now open (and serving up $20 cocktails) and the Grand Floridian Orchestra officially moved into an odd corner of the lobby, work continues as part of the resort’s redesign, now with Citricos set to undergo refurbishment. You might recall our piece from last summer where we stated that the second-floor restaurant is set to become “Victoria and Albert’s Bistro”, a slightly different dining concept that still retained the signature aspect of the restaurant. 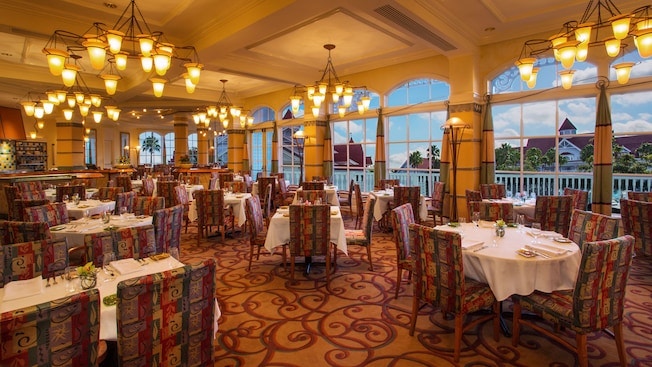 The refurbishment for the restaurant will take place in phases, and while the space will remain open thoughout, the bar will close in February and the menu will be slightly modified while work takes place in the kitchen. Dining room renovations will begin sometime in May, with the project expected to be completed by Summer 2020.

You may recall a story from a few years ago where we told you that Bob Chapek was not a fan of the look and feel of Disney’s Grand Floridian hotel. Here is an excerpt from our story in January 2017:

It appears Chairman of Disney Parks and Resorts Bob Chapek is not a big fan of the current Disney’s Grand Floridian Resort and Spa, Walt Disney World’s flagship hotel and often most expensive per night. Similar to the recently initiated shakeup in housekeeping for Disney World, Chapek feels as if the Four Seasons Resort Orlando is putting them to shame when it comes to what a luxury resort on-property should be. So, what’s the solution? To completely gut the 28-year-old Magic Kingdom area resort, of course.

Should it come to fruition, all of the rooms and the lobby of the resort will be completely gutted and rebuilt with a more modern-luxury theme, perhaps along the lines of the new hotel being constructed at the Disneyland Resort.

As it stands now, this project may not even be in the design phase as of yet, but it seems as if it will come to fruition should Chapek remain at helm of Parks and Resorts for the foreseeable future.

While the next phase includes Citricos, we also know that the concierge level lounge in the lobby building will be getting an overhaul imminently, likely followed by the Grand Floridian Cafe.

The space that today is Citricos was once Flagler’s Restaurant, which opened on June 28, 1988. It featured Italian and continental cuisine. It closed on July 6, 1997, to become Cítricos on November 8.