Rise and RESIST! We’re here for all of the early-morning action at Disney’s Hollywood Studios. With the opening of Star Wars: Rise of the Resistance, it’s necessary to arrive at the park between 6 and 6:30 a.m. to snag a boarding group in the attraction’s virtual queue. In the words of Mando, “This is the way.” 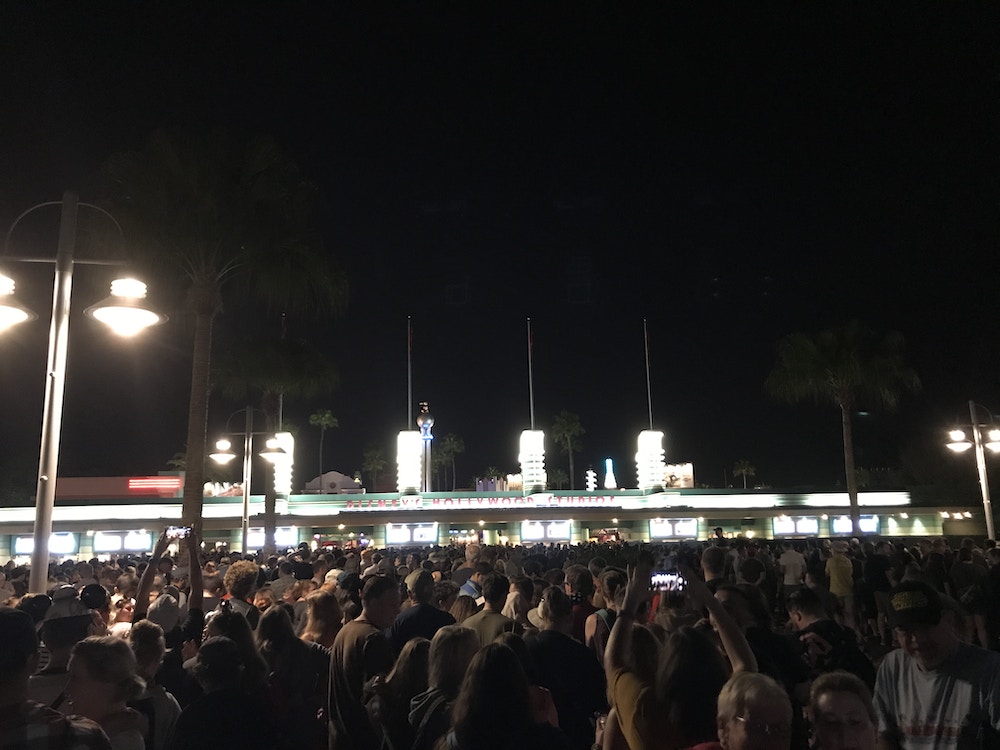 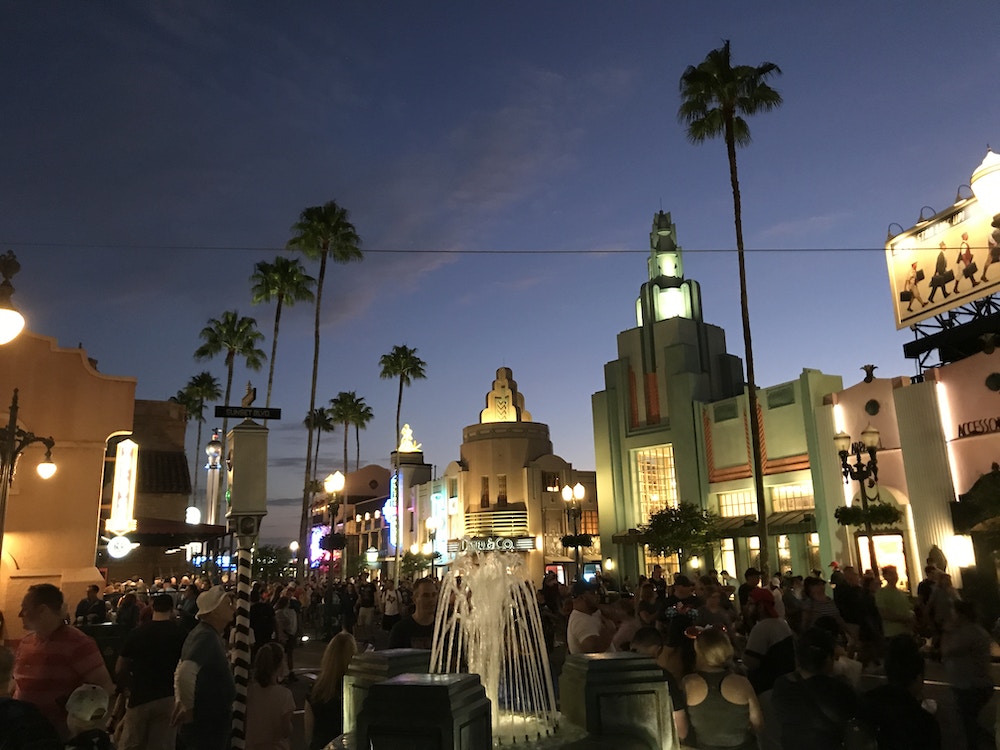 When the sun began to rise this morning, there was a beautiful view on Hollywood Boulevard. 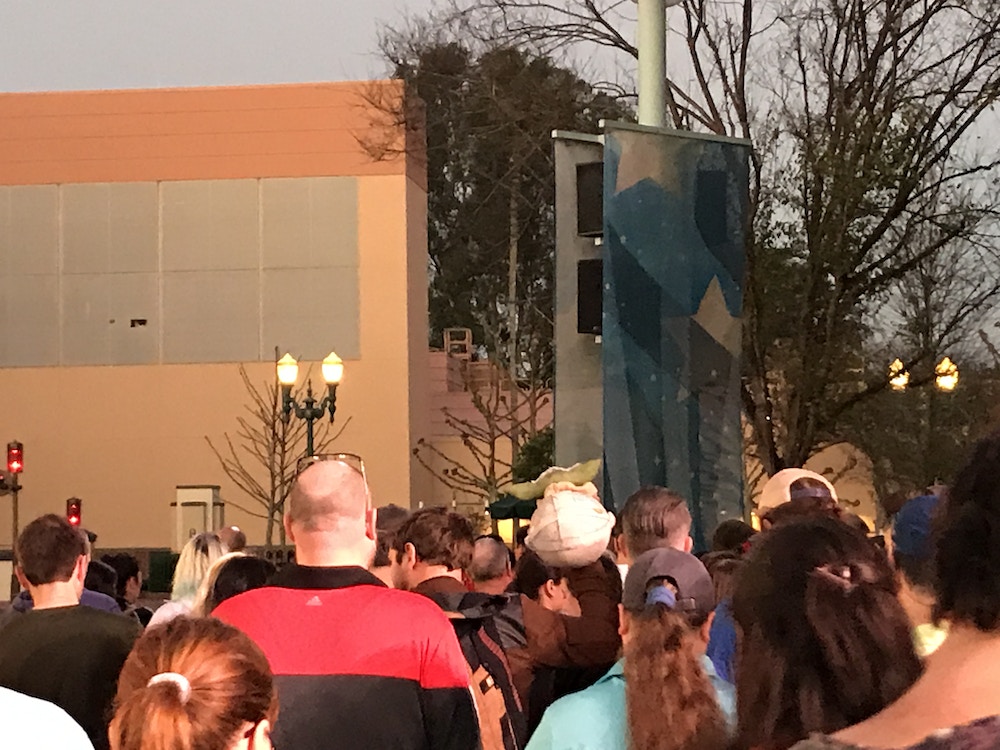 In the morning chaos leading toward Toy Story Land, we spotted a Baby Yoda (or, “The Child” for the sticklers) hand puppet floating above the crowd. Of course, we followed behind as closely as we could, because we would follow Baby Yoda to the ends of the galaxy just to hear his/hers adorable coos. 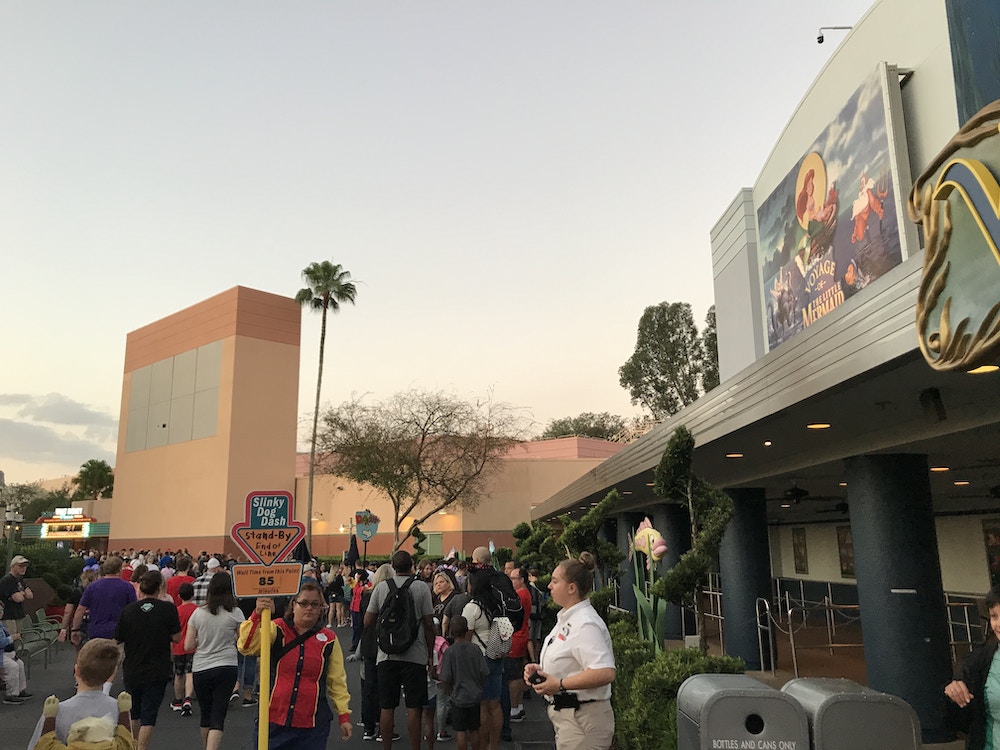 Yikes! Right after park opening, the line for Slinky Dog Dash stretched in true slinky fashion out of Toy Story Land and all the way back to Voyage of The Little Mermaid. 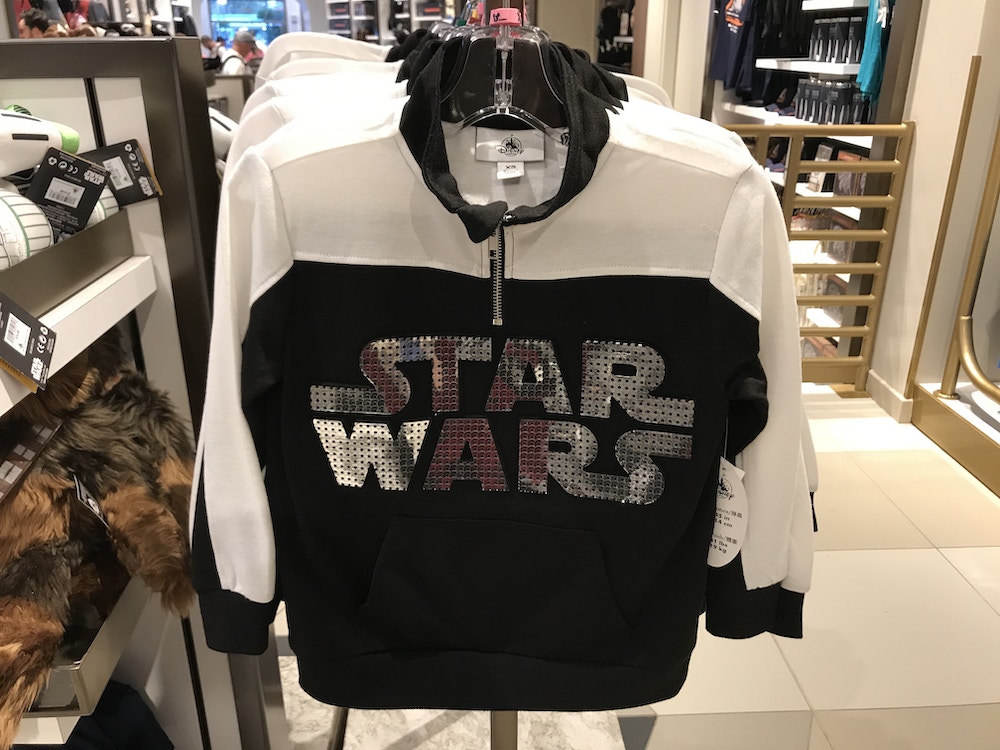 Over at Keystone Clothiers, we spotted some new Star Wars merchandise. We found this black-and-white youth quarter zip sweatshirt. The Star Wars logo is constructed out of silver sequins. It retails for $44.99. 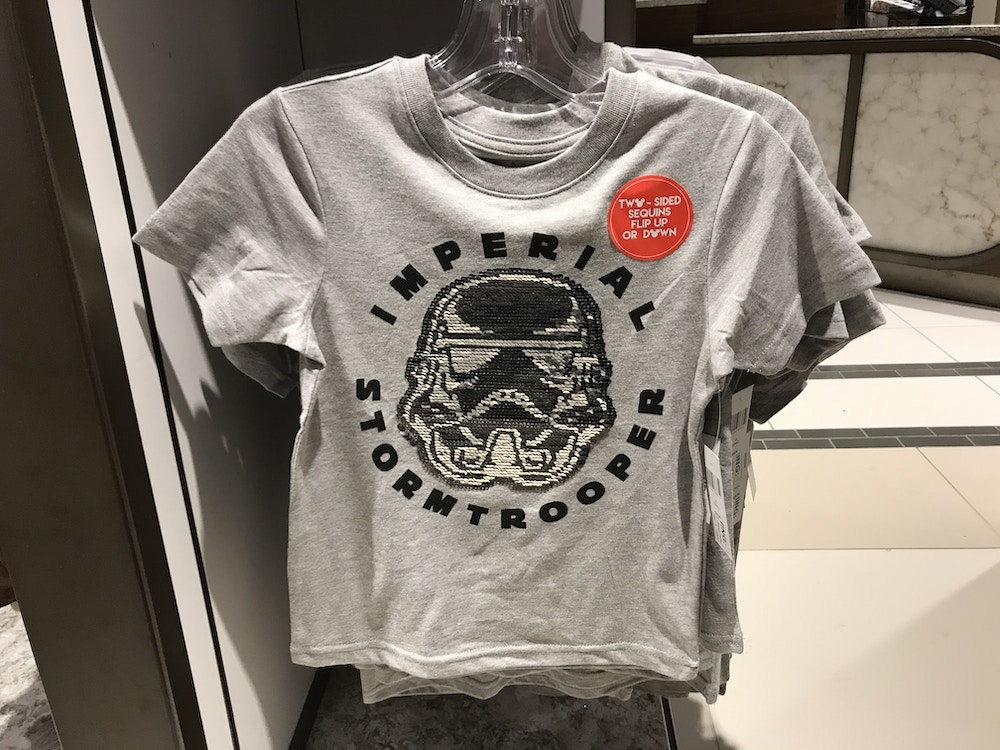 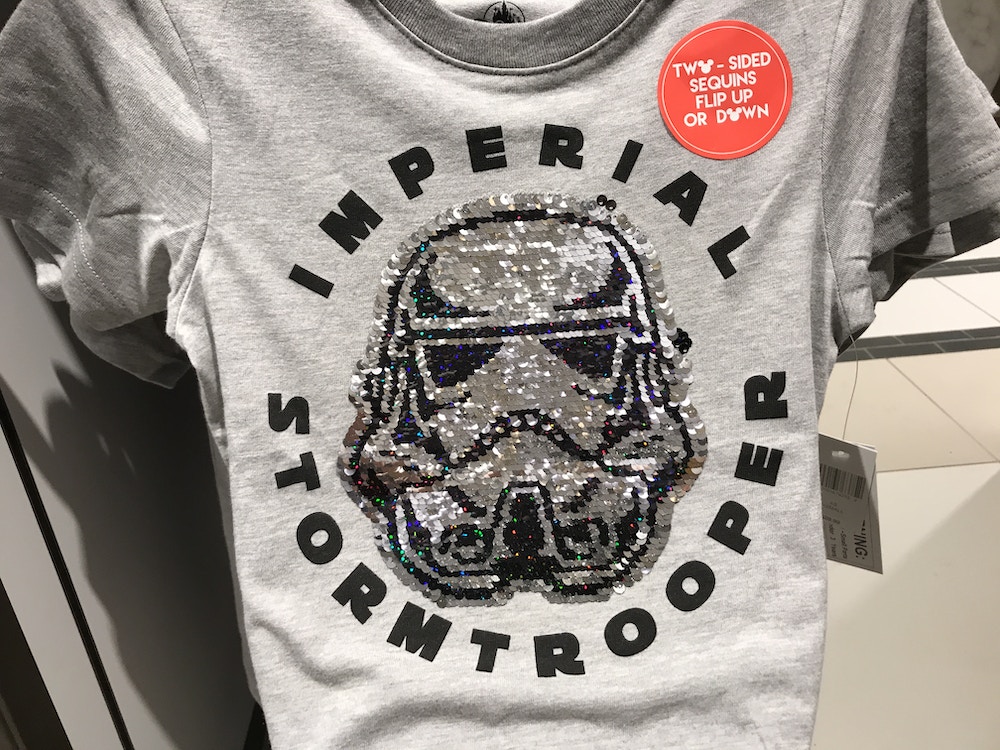 The first is a gray youth shirt and has a sequin stormtrooper helmet. It reads “Imperial Stormtrooper.” 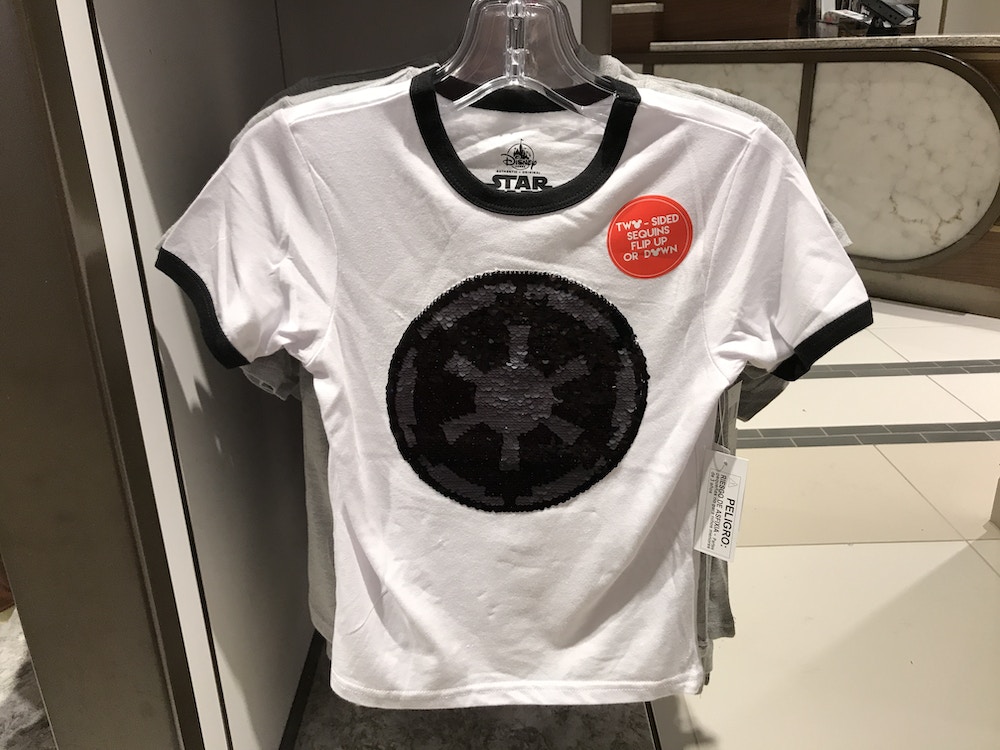 The second shirt is a youth ringer tee that’s white with black bands around the neck and arm openings. A sequin circle is in the middle. 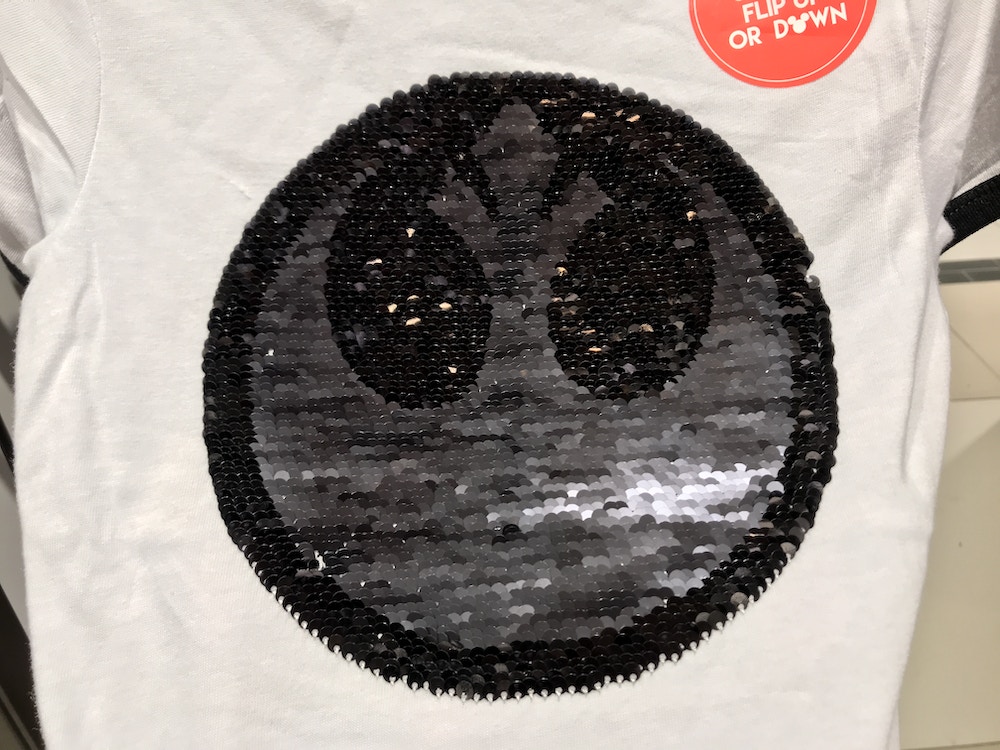 When flipped up, it shows the symbol for the Galactic Empire. When flipped down, the sequins show the Rebel Alliance symbol. Both two-sided sequin shirts are $29.99. 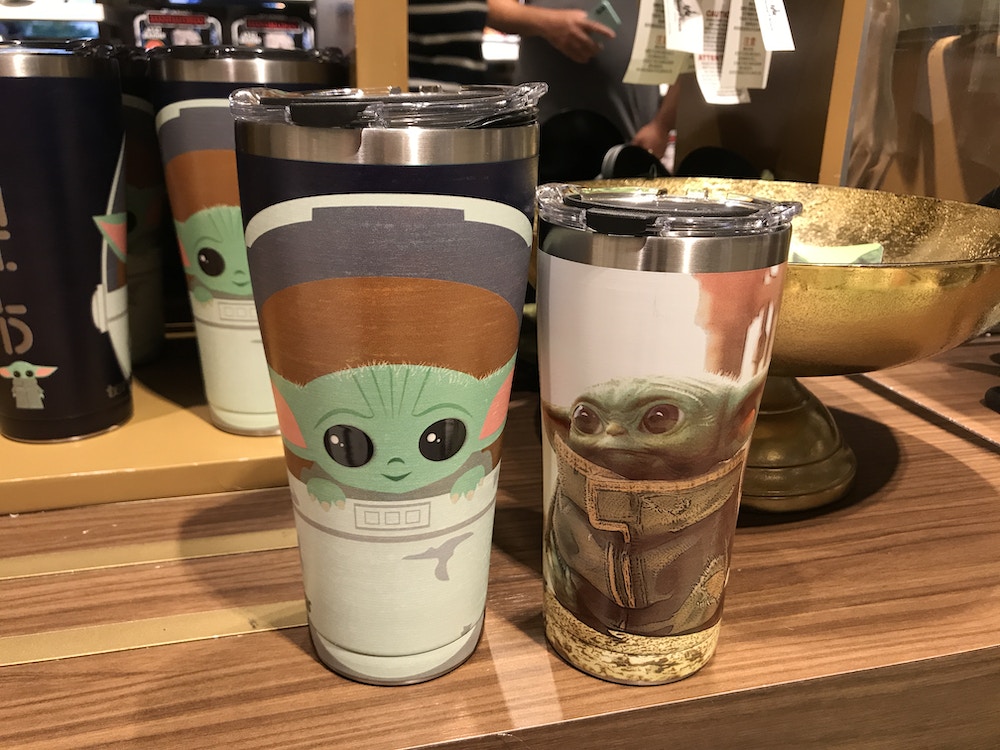 Baby Yoda Tervis tumblers have landed. Grab them while you can! 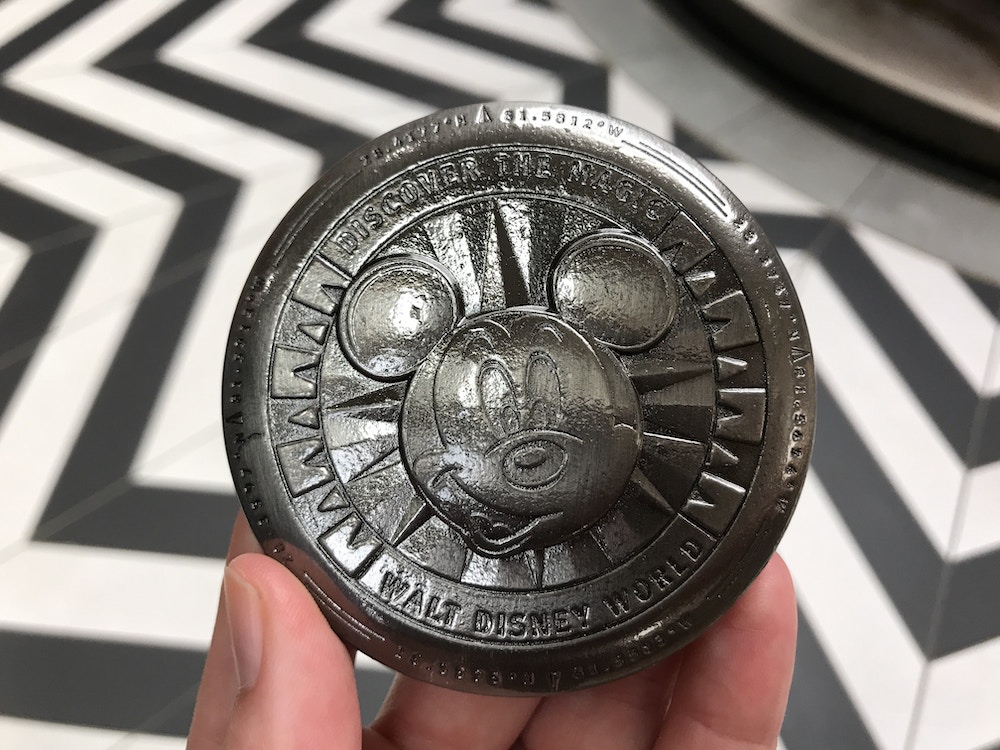 Over at Mickey’s of Hollywood, we found this very heavy Park Life bottle opener magnet. The magnet has a nickel finish and the appearance of a compass, with Mickey’s head in the center. 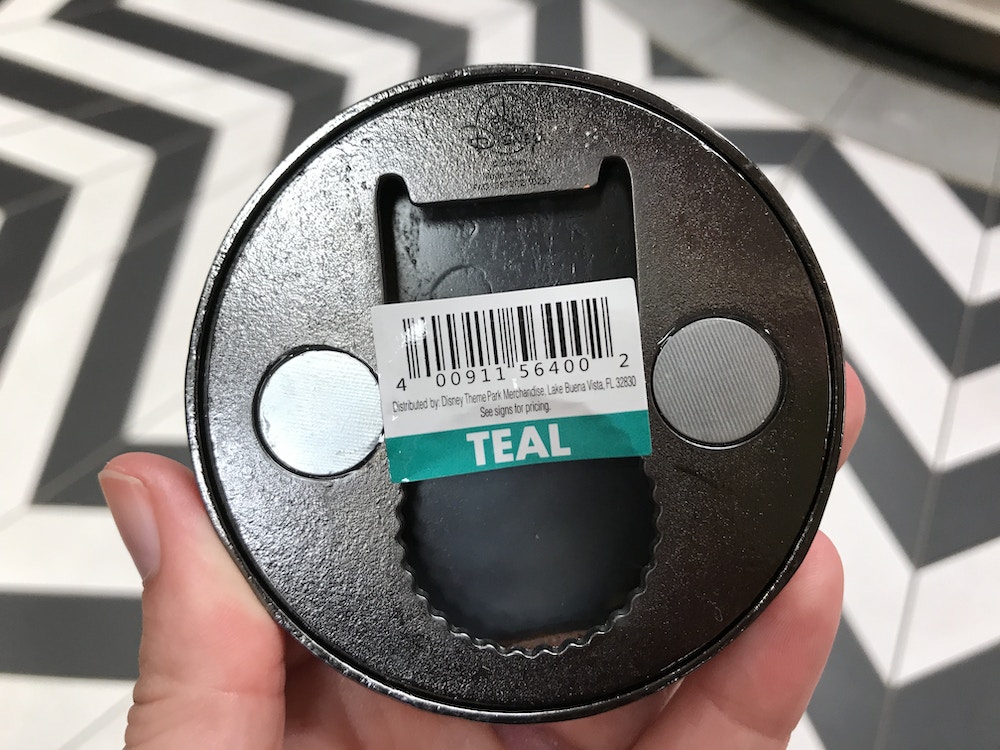 We tested it on the metal rack that the magnets were displayed on and it kept falling off due to its weight. The magnet is $12.99. 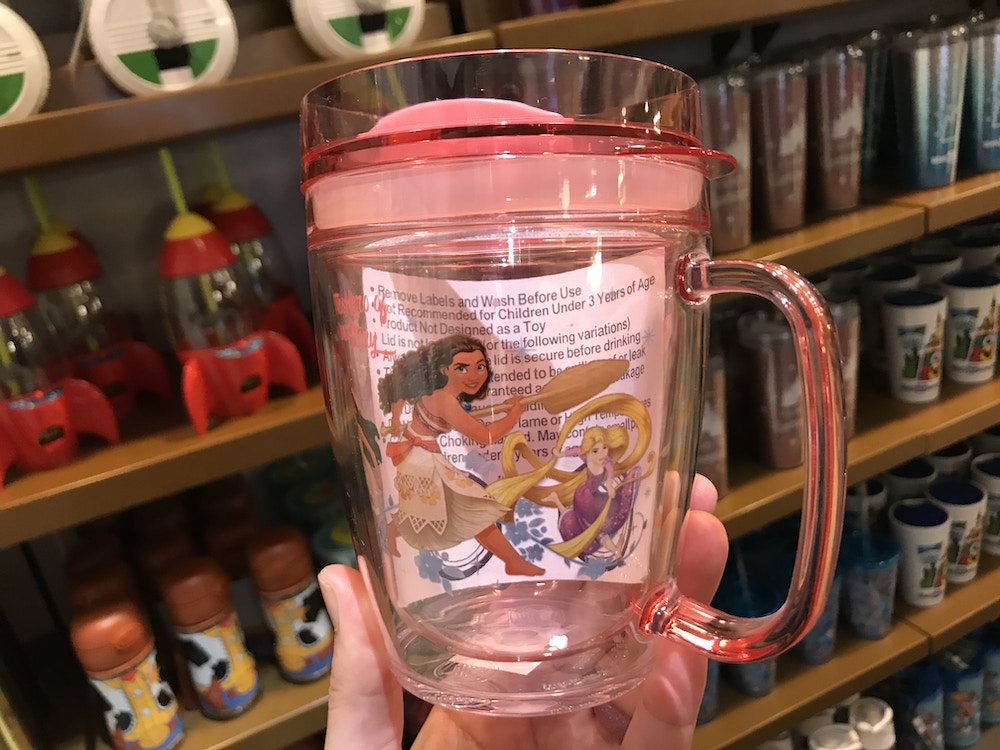 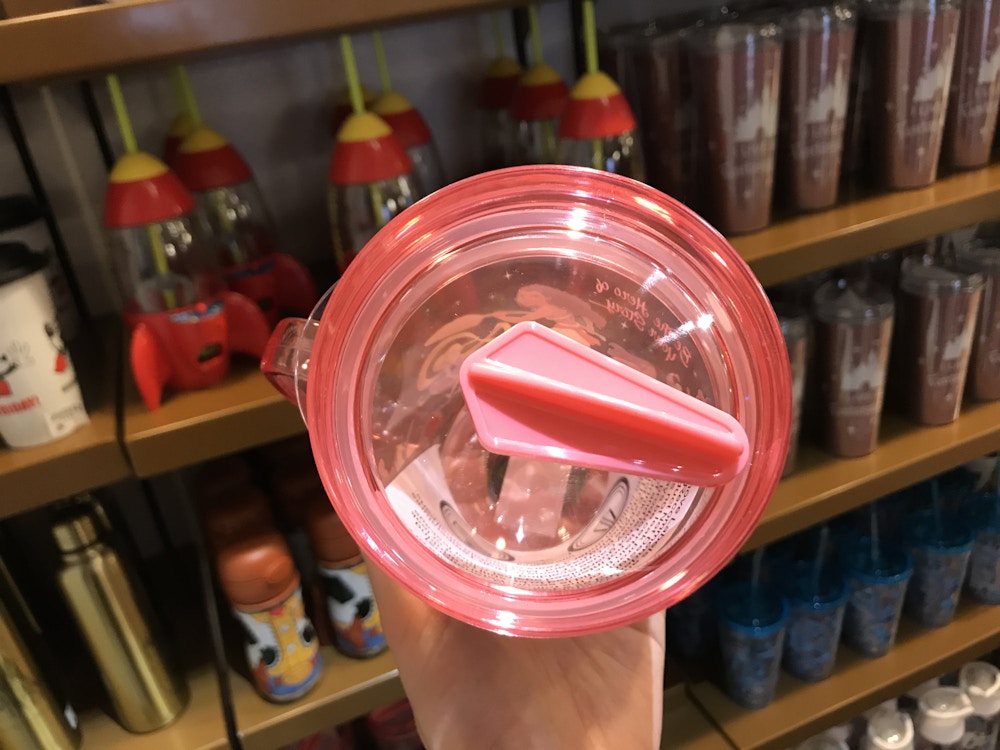 Across the street at Celebrity 5 & 10, we came across this pink transparent Disney Princess mug. 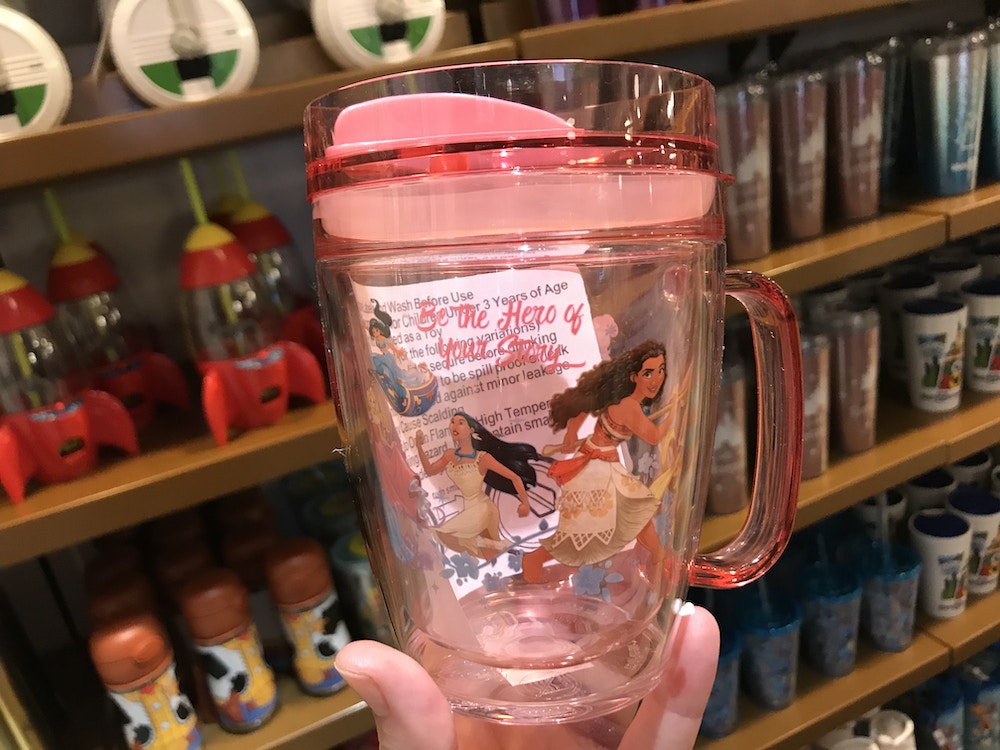 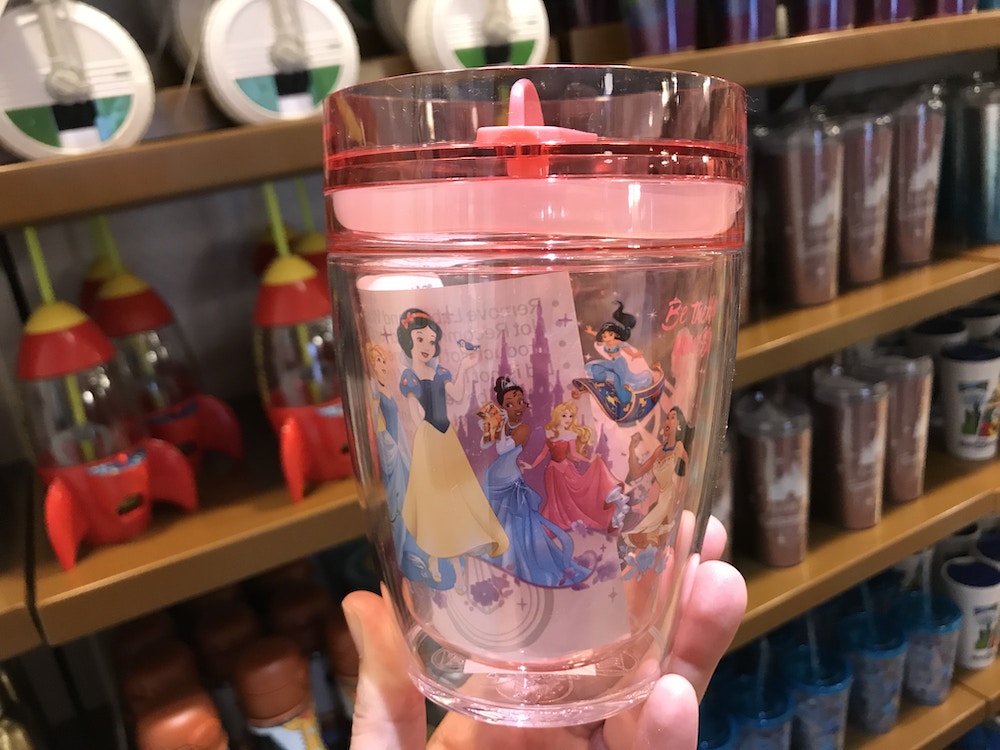 It features Rapunzel, Moana, Pocahontas, Jasmine, Aurora, Tiana, Snow White, Cinderella, Belle, Mulan and Ariel in what we can only call their power poses. 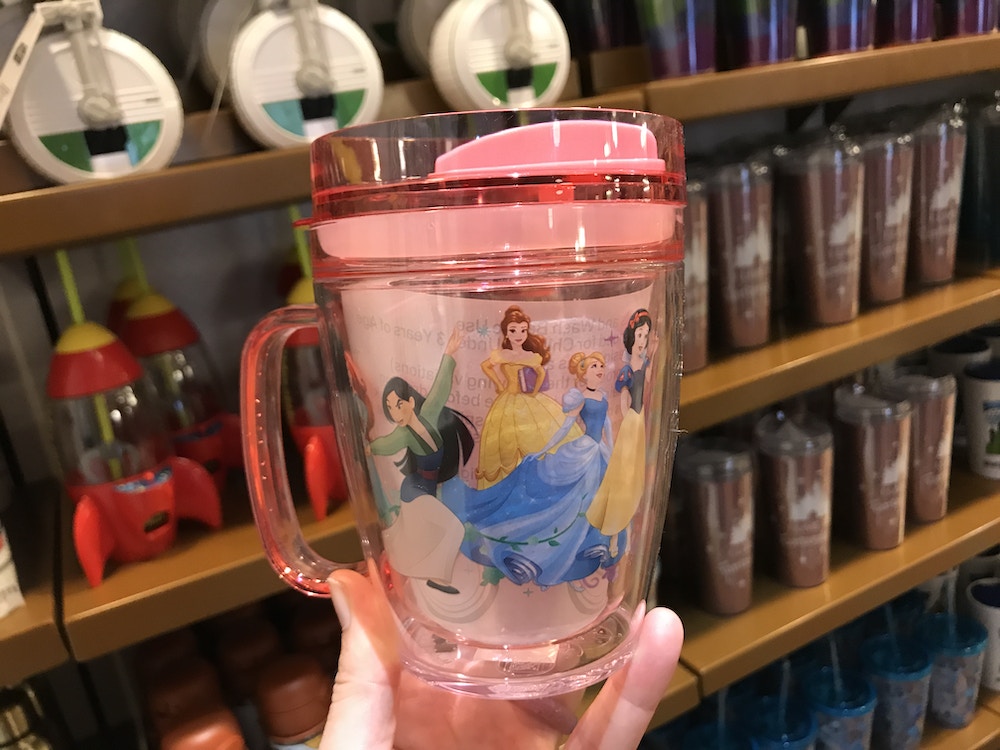 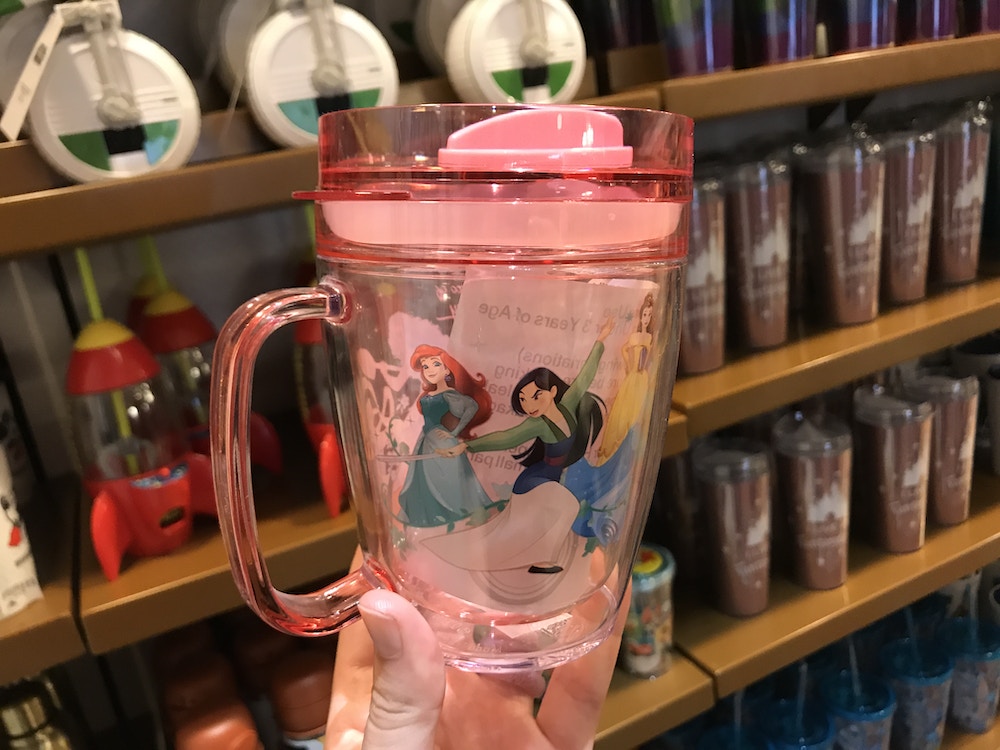 Ariel and Mulan look especially fierce! The mug is $14.99. 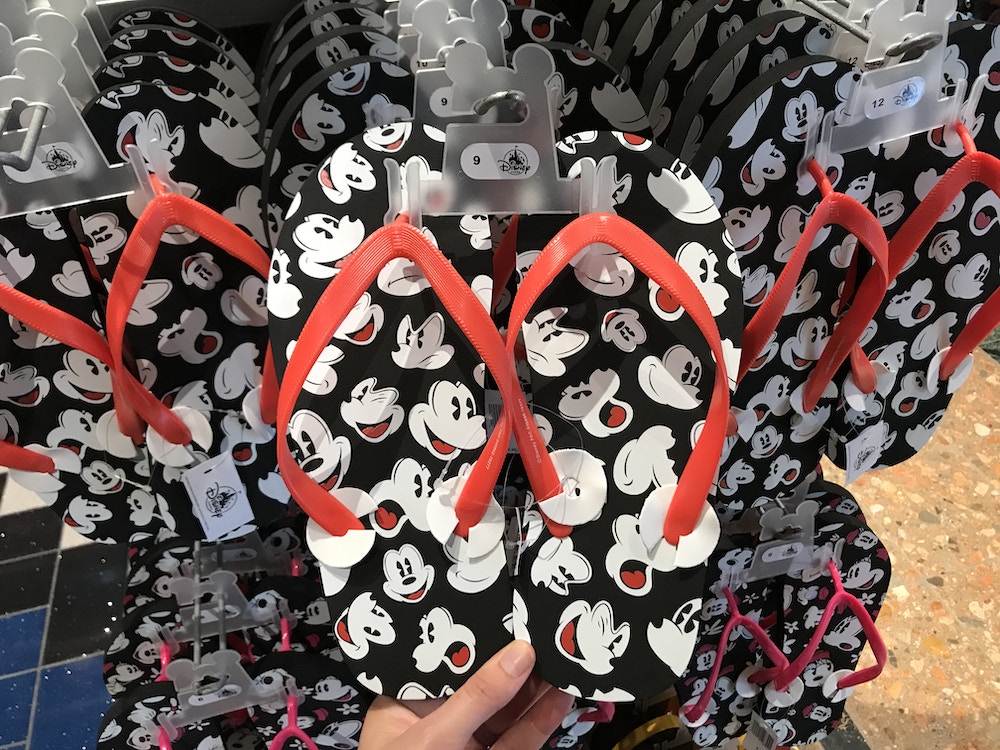 As we headed down Sunset Boulevard, we spotted these Mickey flip flops in Once Upon a Time for $14.99. They’re covered in vintage Mickeys making a variety of facial expressions. 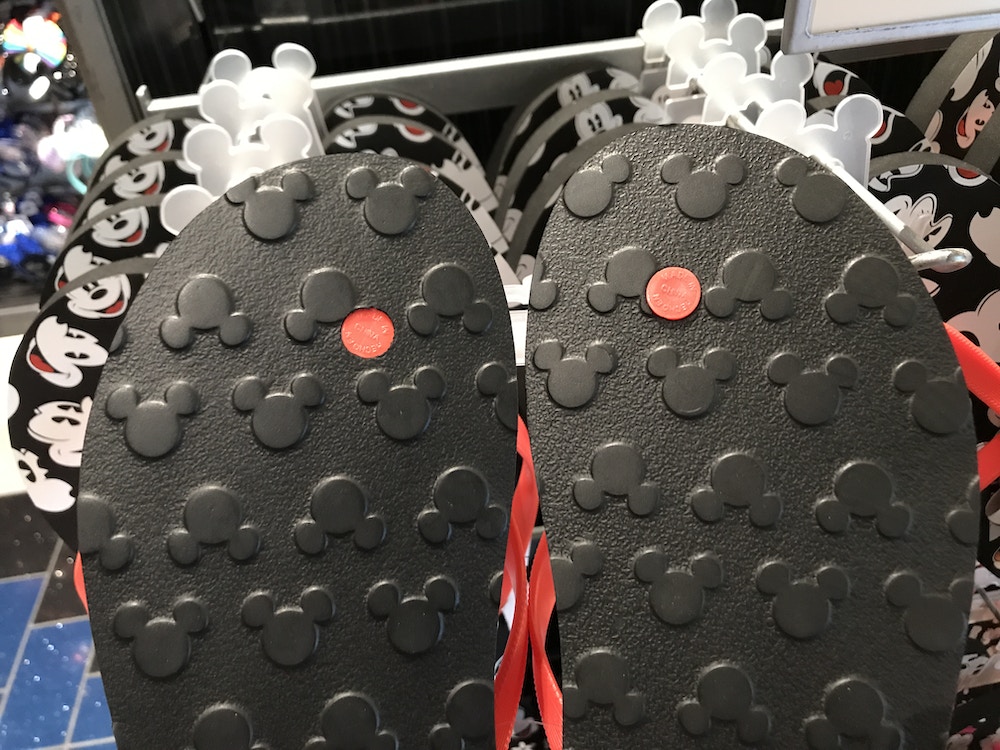 The soles have Mickey-shaped tread on the bottom. 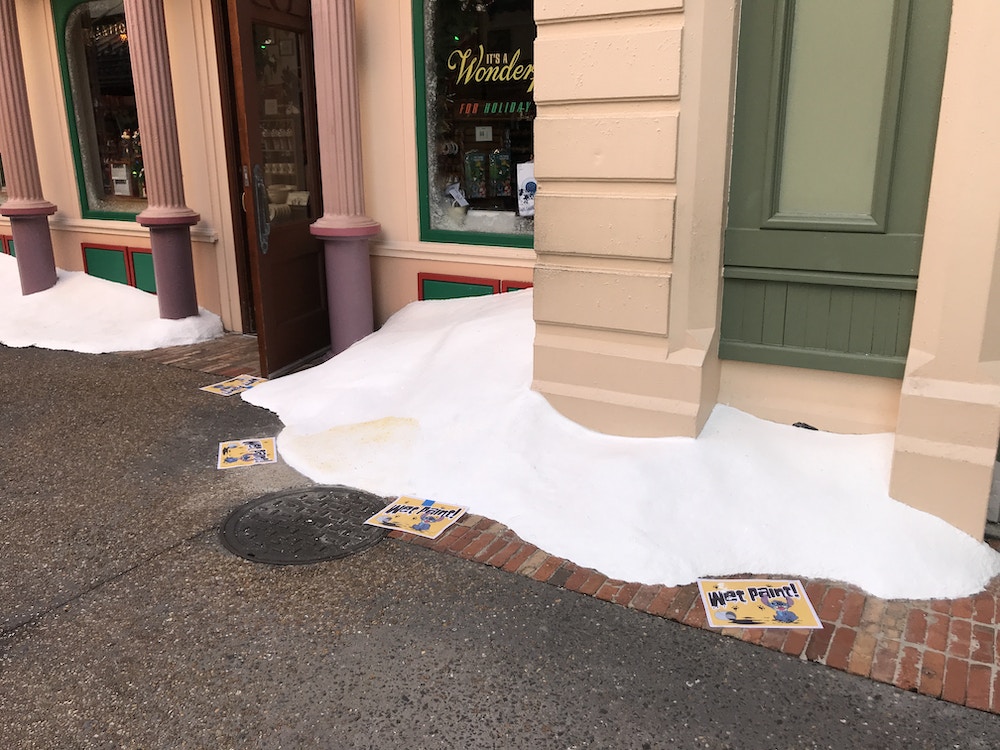 There was wet paint outside of It’s a Wonderful Shop on Grand Avenue. The signs make it look like the snow had been repainted. 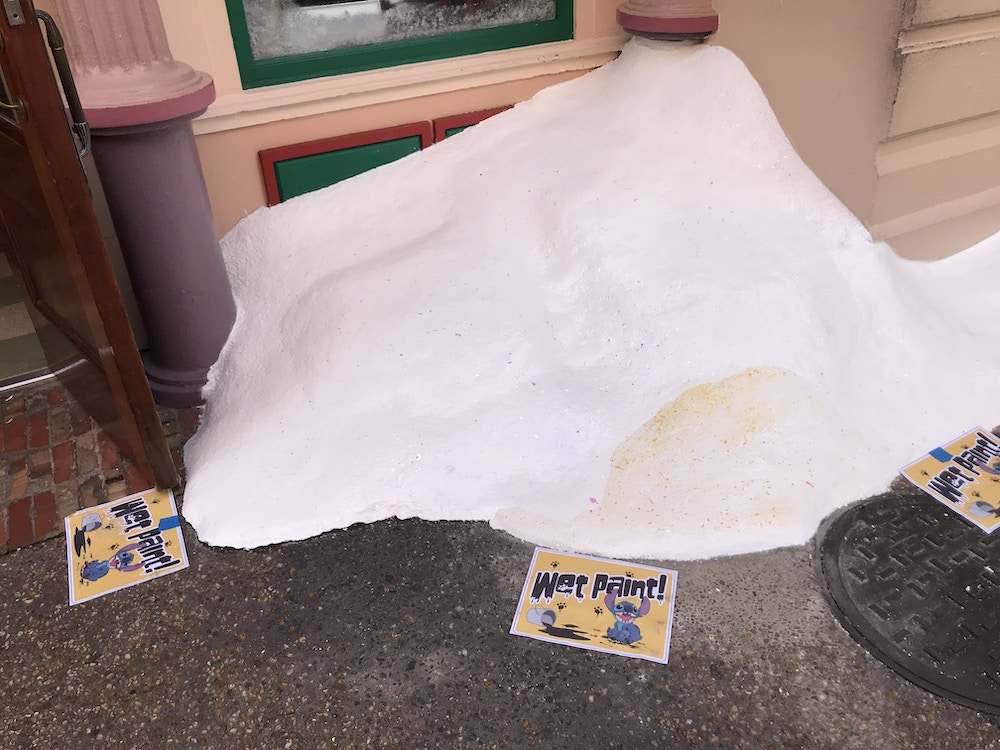 But then why was a section of the snow yellow…? 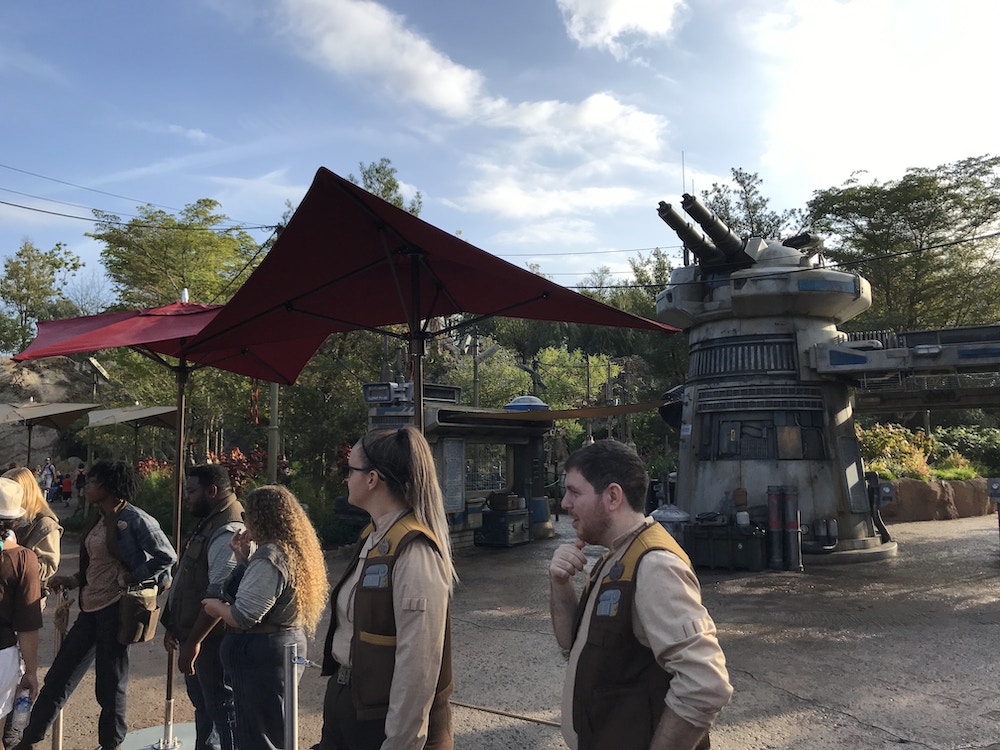 Star Wars: Rise of the Resistance had a delayed boarding process this morning. The first boarding groups weren’t called until almost seven (yeah, seven!) hours after the park opened. 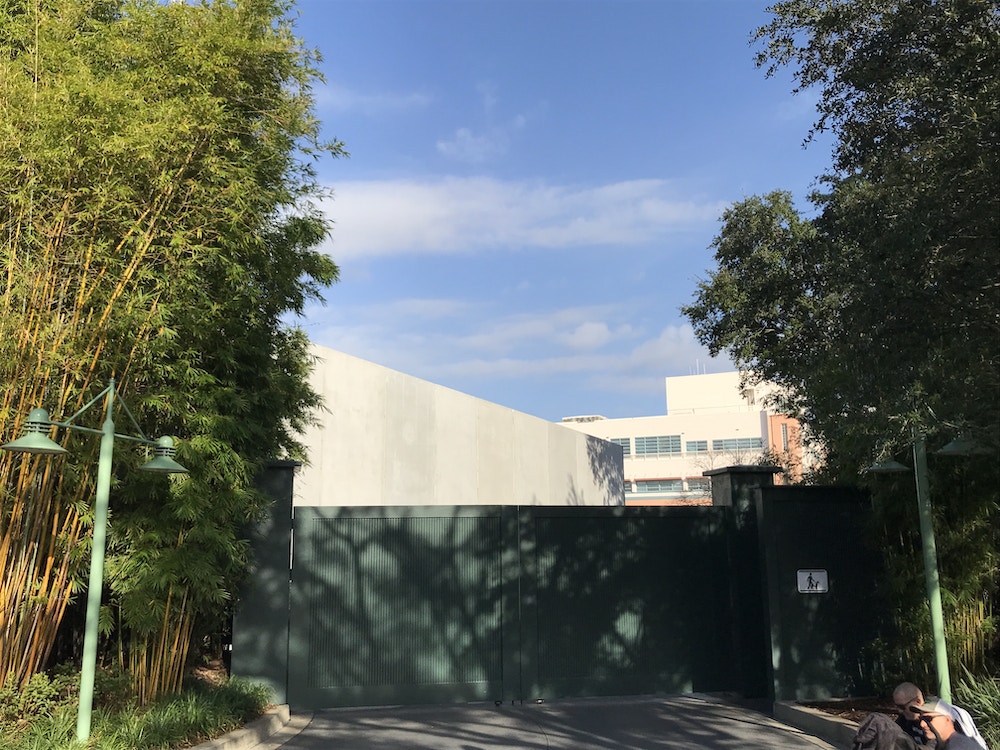 In Toy Story Land, we took a peek at the new table service restaurant, Roundup Rodeo BBQ. This site is well protected from prying eyes, making it difficult to track any construction progress. 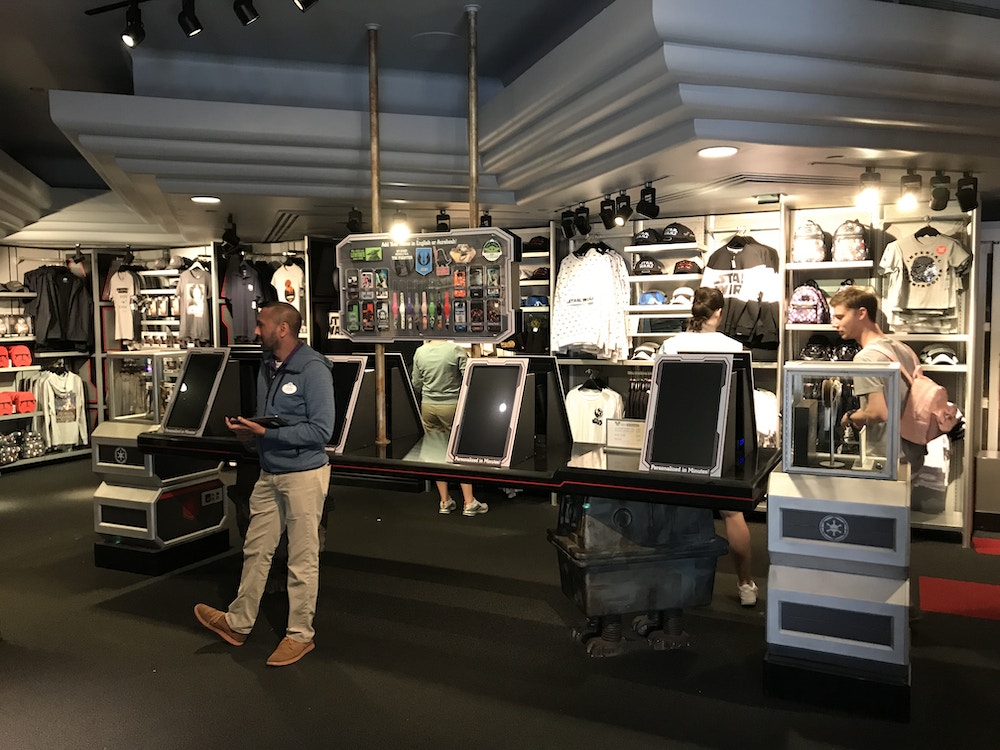 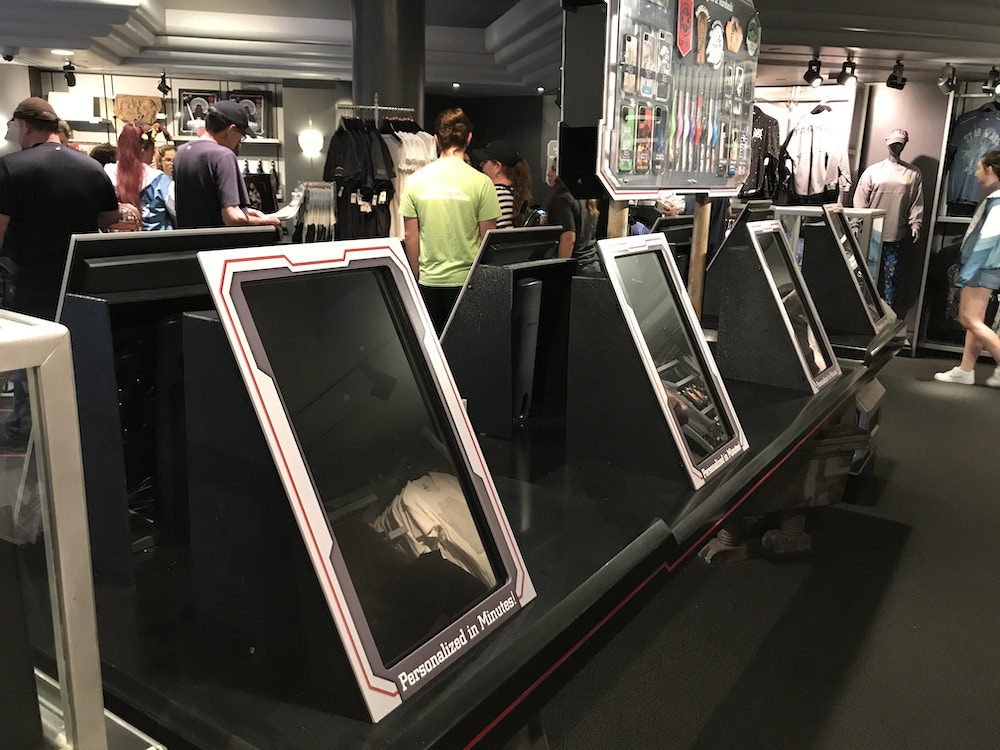 In Launch Bay Cargo, we noticed the D-Tech on Demand kiosks received an update with new, big screens. 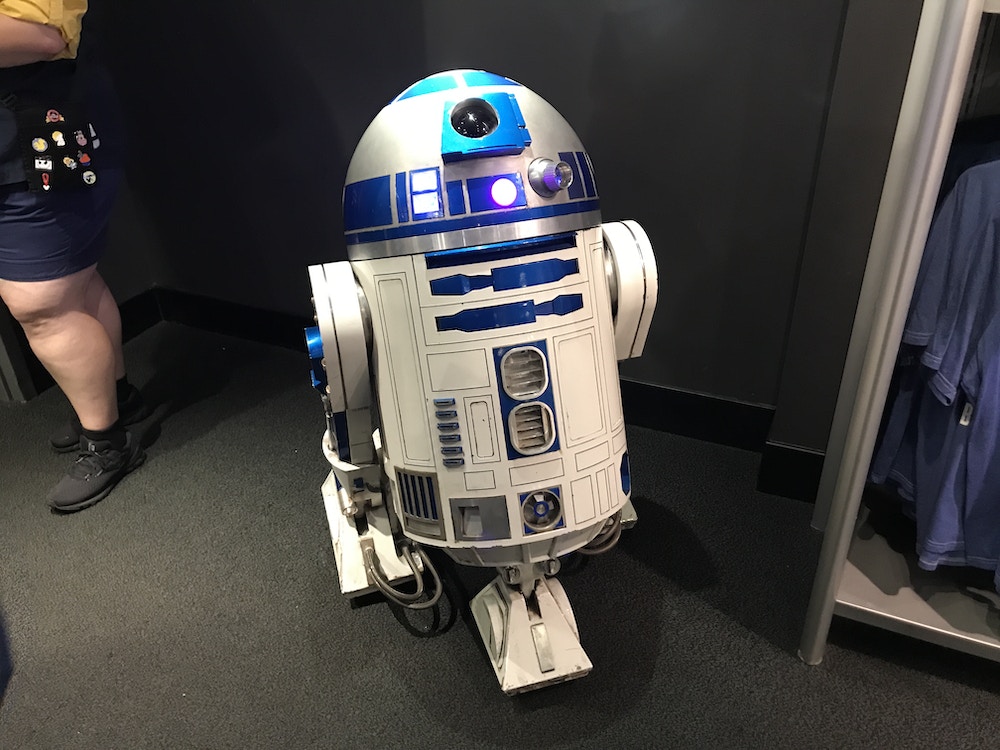 R2-D2 took a rest in the corner after roaming Animation Courtyard a few days ago.

That about does it for us from Disney’s Hollywood Studios. Thanks for following our day! Keep checking WDW News Today for all of the latest Disney Parks news!

Next
PHOTOS, VIDEO: Scaffolds Down, Progress Continues on New Fantasyland at Tokyo Disneyland (1/21/20)