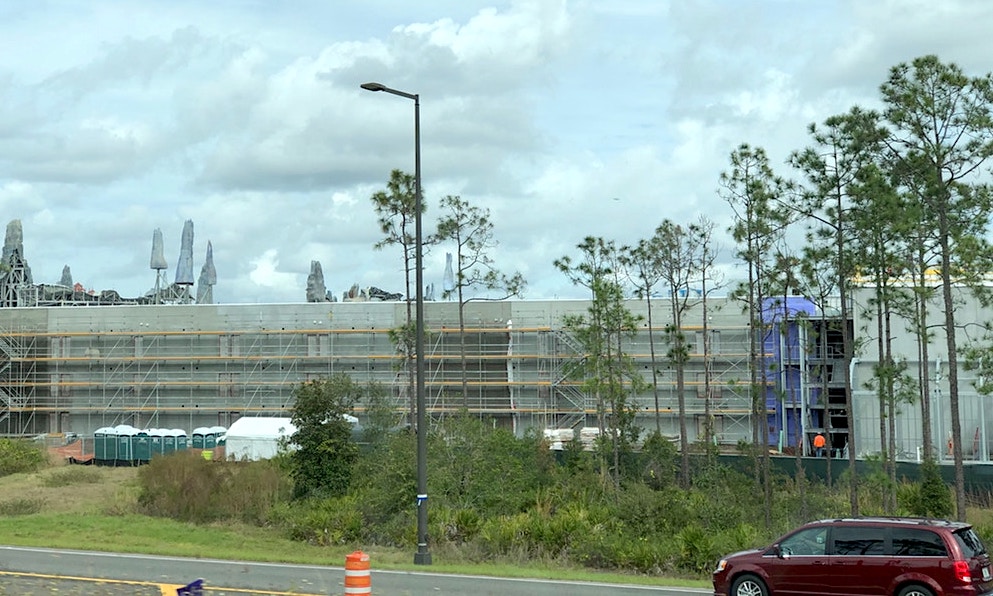 As much more than a hotel, Star Wars: Galactic Starcruiser will be a vacation experience unlike anything Disney has ever created. The hotel will offer a two-night itinerary where guests become immersed in their own Star Wars story. We are just as anxious as you to see it complete, so we stopped to see what’s new since our last update. 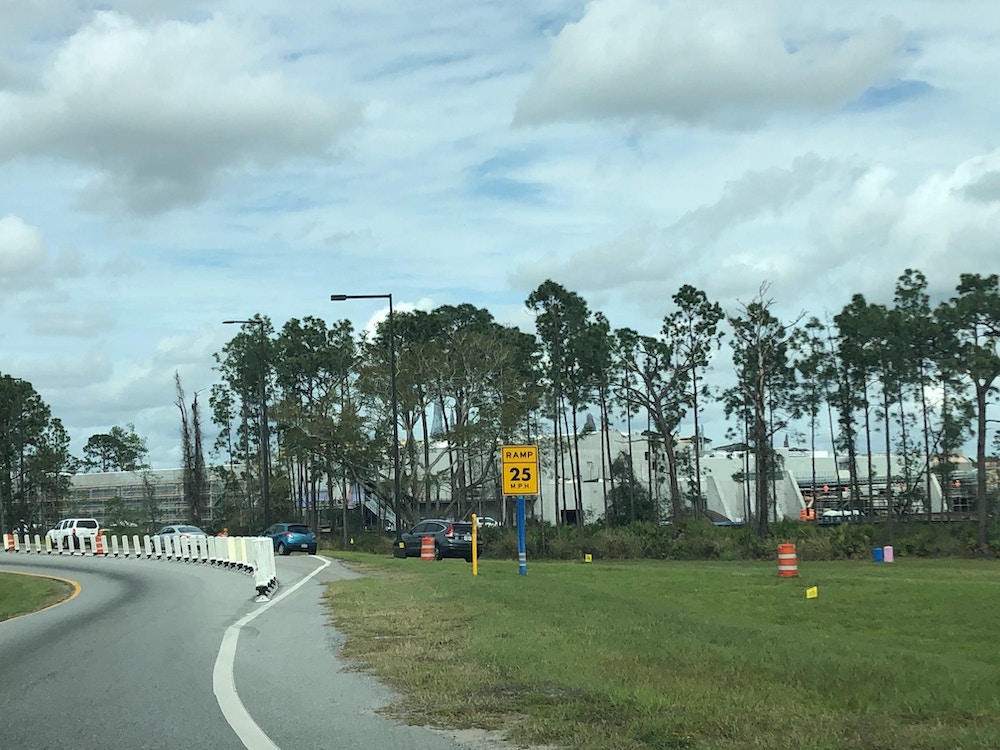 As you approach the hotel, it looks kind of drab. But spaceships aren’t usually pretty. We do expect more trees and greenery planted to camouflage the area. 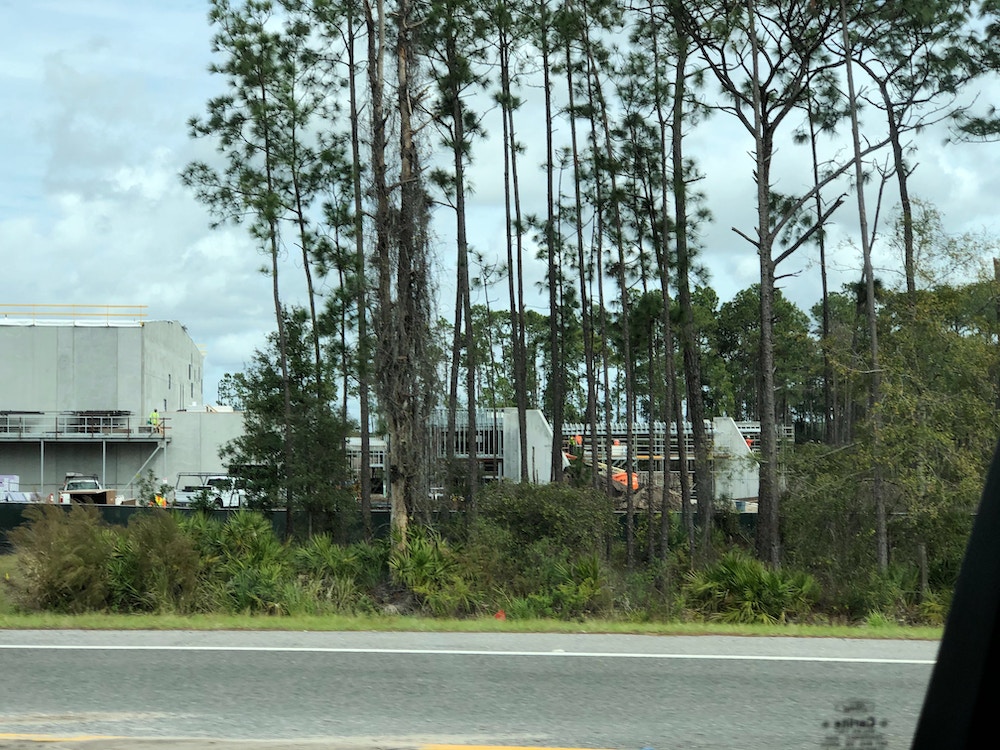 The first thing you’ll see when passing by is the Galactic Starcruiser Terminal. There has been a lot of progress on this area, which serves as both the main entrance where guests arrive/unload. (Do note that this is different from where guests will be transported to Batuu via intergalactic transports.) Workers are getting ready to build out the overhang, and the shape of the entrance is starting to grow. 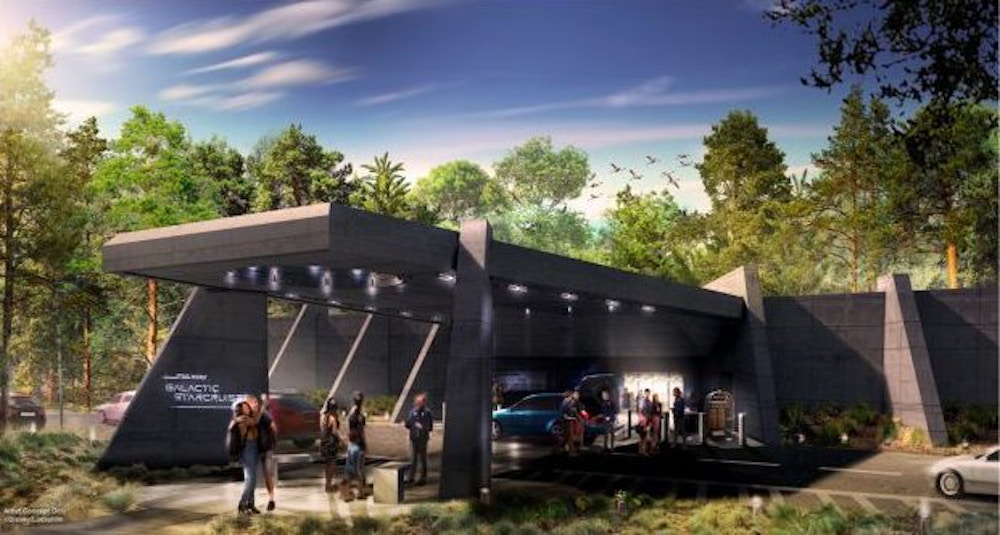 This is concept art of what the terminal will look when complete. You can already see the geometric pieces in our photos. 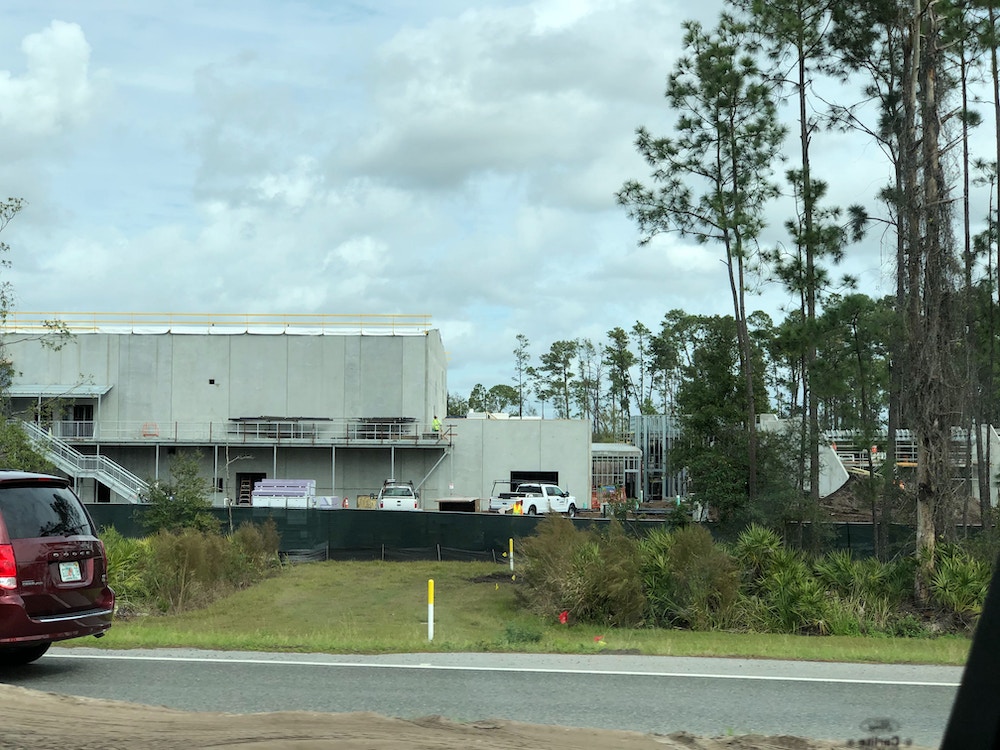 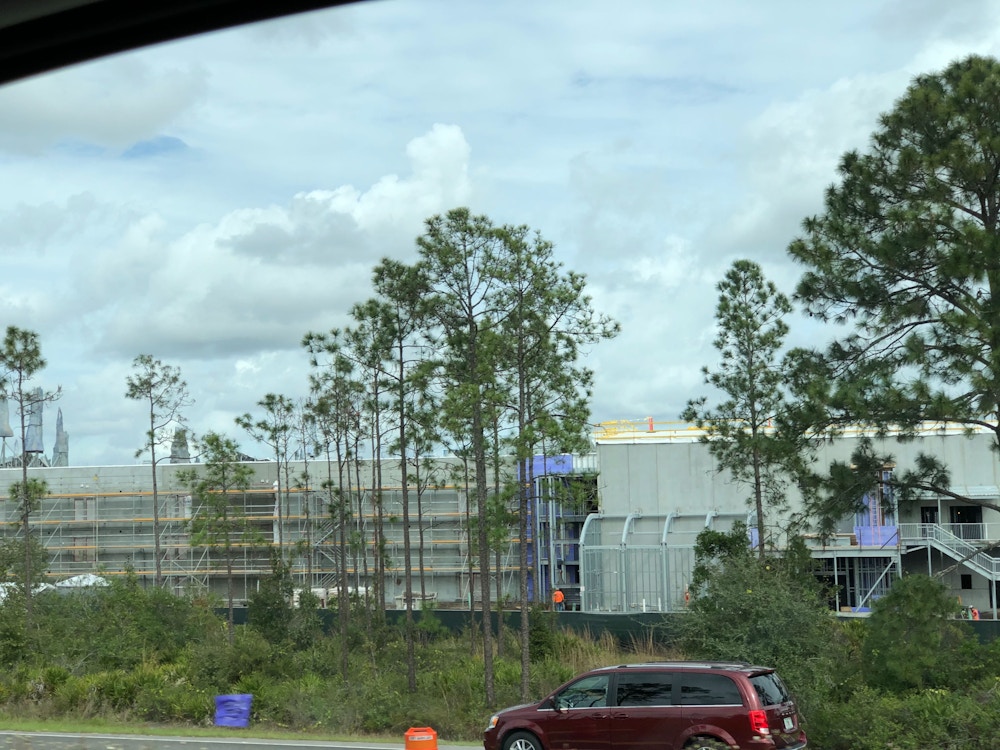 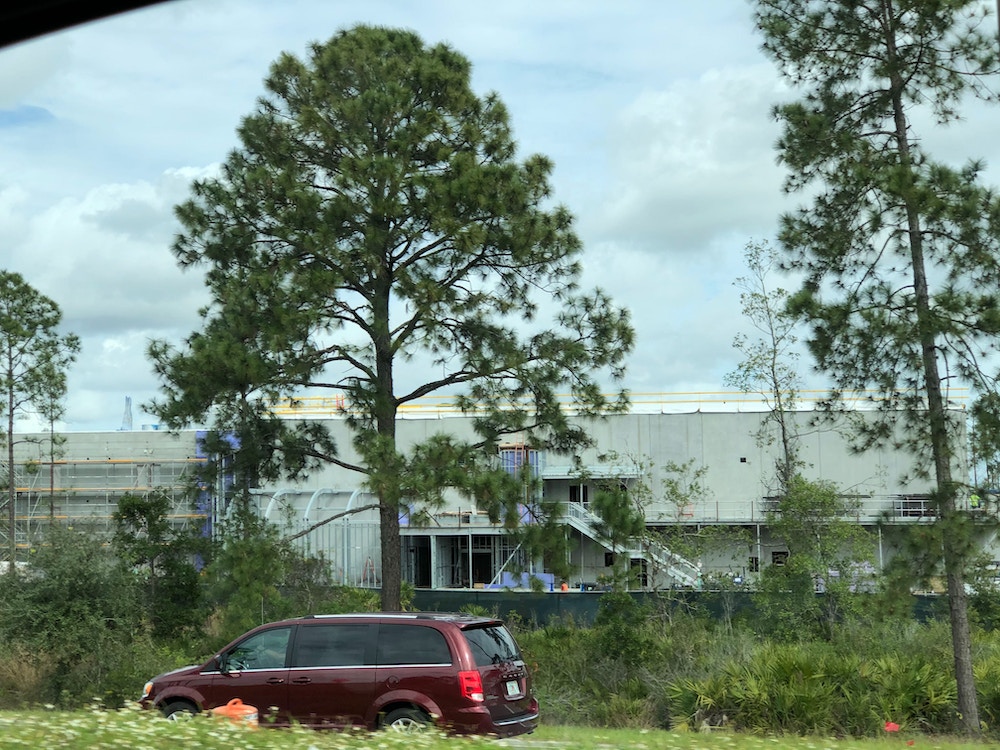 Moving further down the hotel, we saw that most of the purple siding we previously reported on is now covered with gray concrete. The rounded metal archway you see is where the intergalactic transports will wait to depart to Batuu. Not much work has been done to this section. 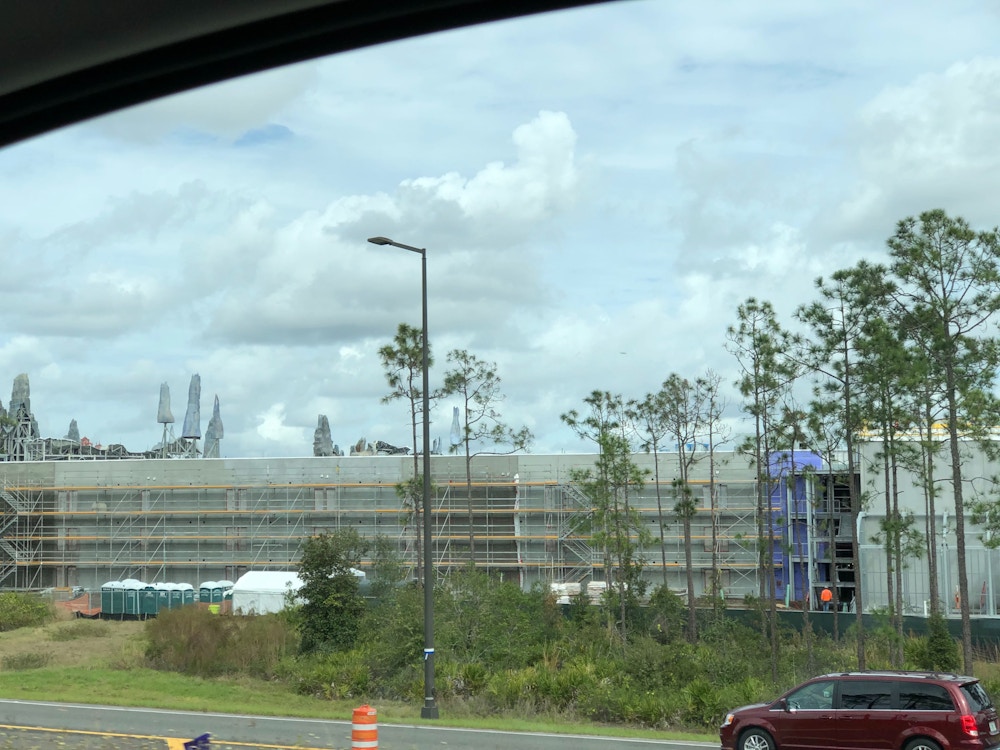 Continuing along, this is where the actual guest cabins (i.e., rooms) are located. Scaffolding still stands, and all the windows have been closed off as expected. Rather than windows, guests will see screens reflecting the galaxy, which will make you feel as if you’re really in space.

This makes me a little claustrophobic. But I’ve done an inside cabin on the Disney Cruise Line that has the magical porthole screens, so I think I can make it through. But really I won’t have to worry about that, as I doubt I’ll be able to afford staying here. 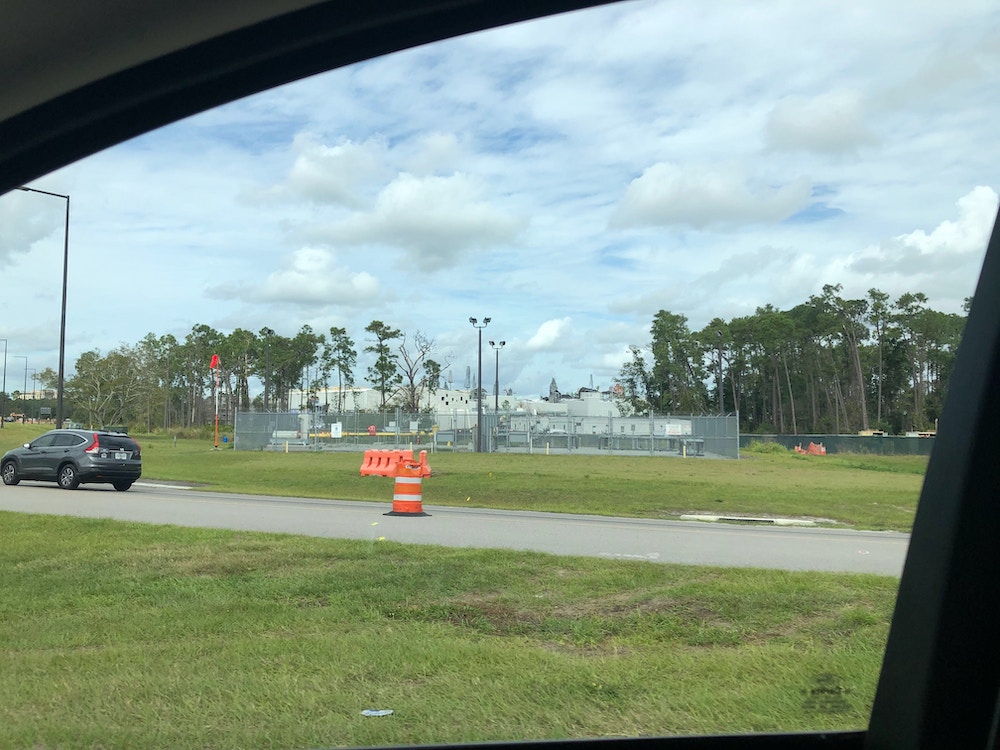 Even from further away on a guest road near Disney’s Hollywood Studios, you can see the hotel’s theming in the distance.