In a matter of days, Mickey & Minnie’s Runaway Railway will officially open at Disney’s Hollywood Studios, and in preparation for the attraction’s media event on Tuesday, March 3rd, the operating schedules of select attractions and entertainment will be altered for the day. 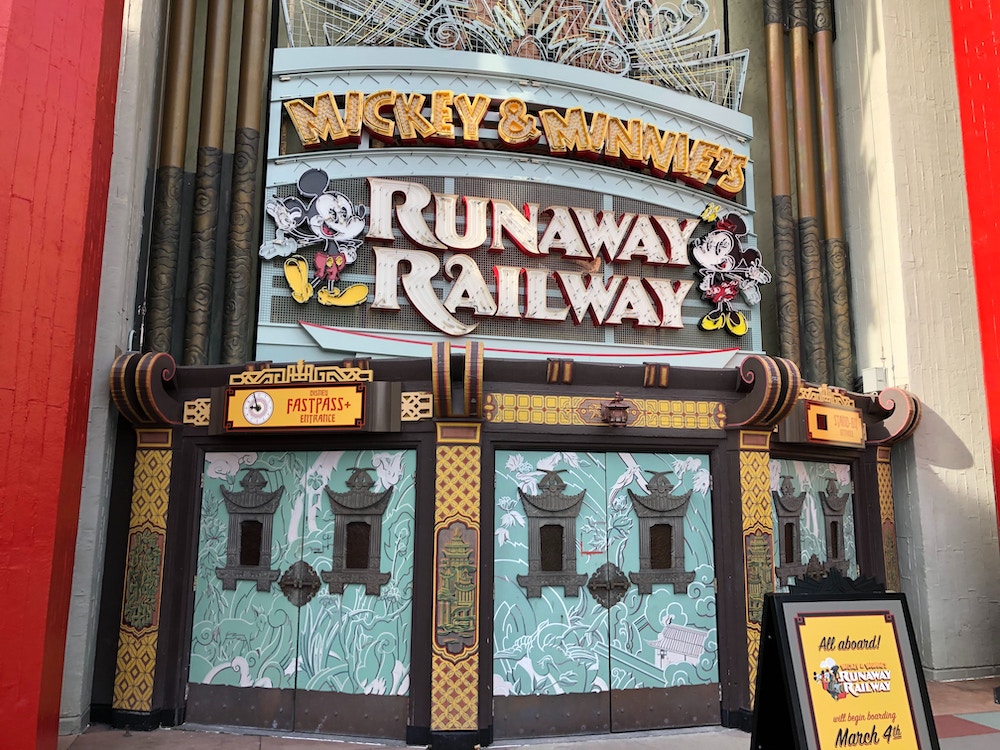 Because of the media event happening in front of the Chinese Theatre, The Wonderful World of Animation and Star Wars: A Galactic Spectacular will not shown on the evening of March 3rd. Fantasmic! will be performed as scheduled at 8 PM.

In addition, a number of other shows will perform on a reduced or altered schedule that day:

The 5 PM performance of Beauty and the Beast – Live on Stage has been cancelled and replaced with a 12 PM performance. Performances at 11 AM, 1 PM, 2 PM, and 4 PM will go on as scheduled.

Pyrotechnic tests will also occur in preparation for the media event from February 29th through March 2nd, though most of these will be occurring outside of park operating hours.

As of the writing of this article, Evening Extra Magic Hours are scheduled to take place at the park on March 1st from 8:30 to 10:30 PM, so guests may be able to see the early pyro test on that night. Guests staying at nearby resort hotels are not expected to be affected by the tests.