Howdy, partners! We’re coming to you today from a very busy Disney’s Hollywood Studios. As is the case with most long holiday weekends, crowds and wait times have increased — which means we don’t have a moment to lose. Let’s head on in! 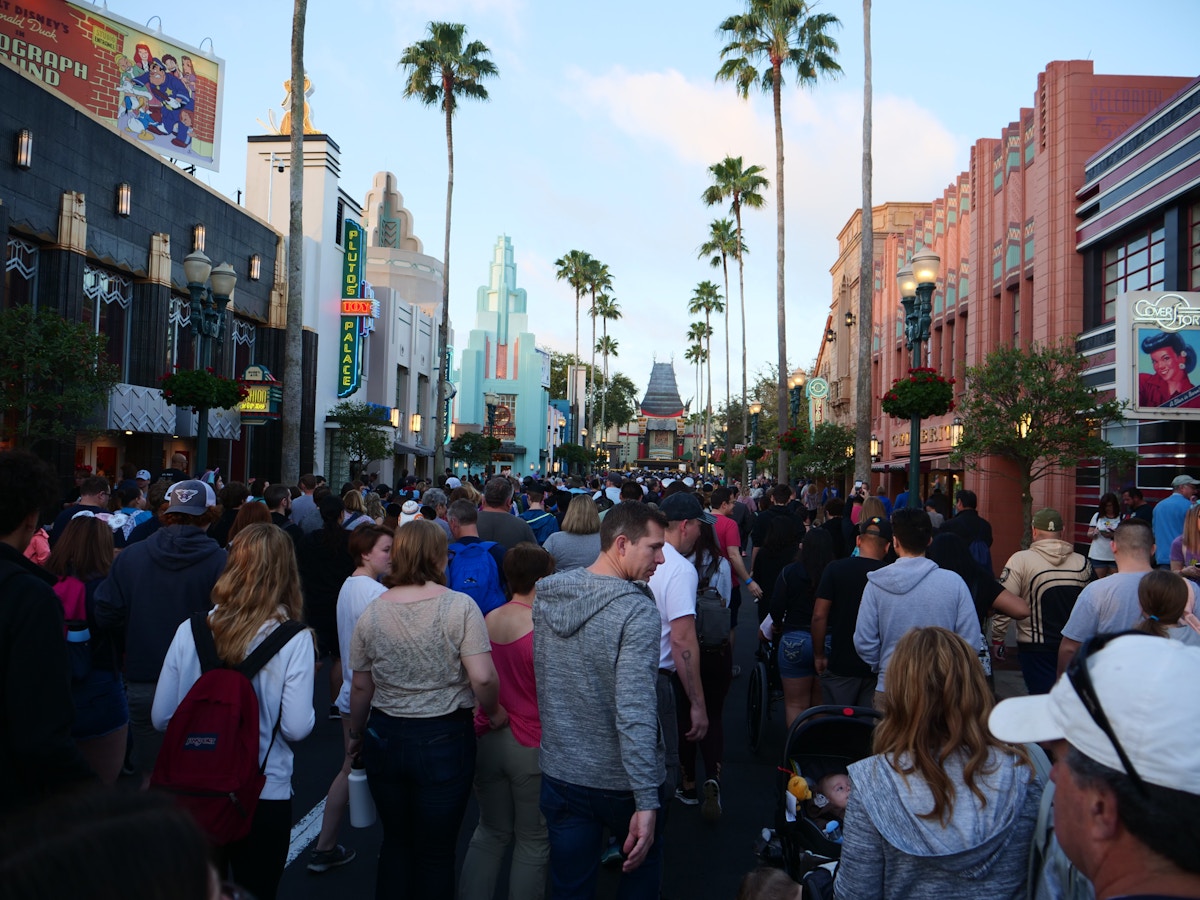 It was quite clear from the start of the day that it would be very, very busy. Guests were allowed into the park around 7:15 a.m. for an official 8 a.m. opening. 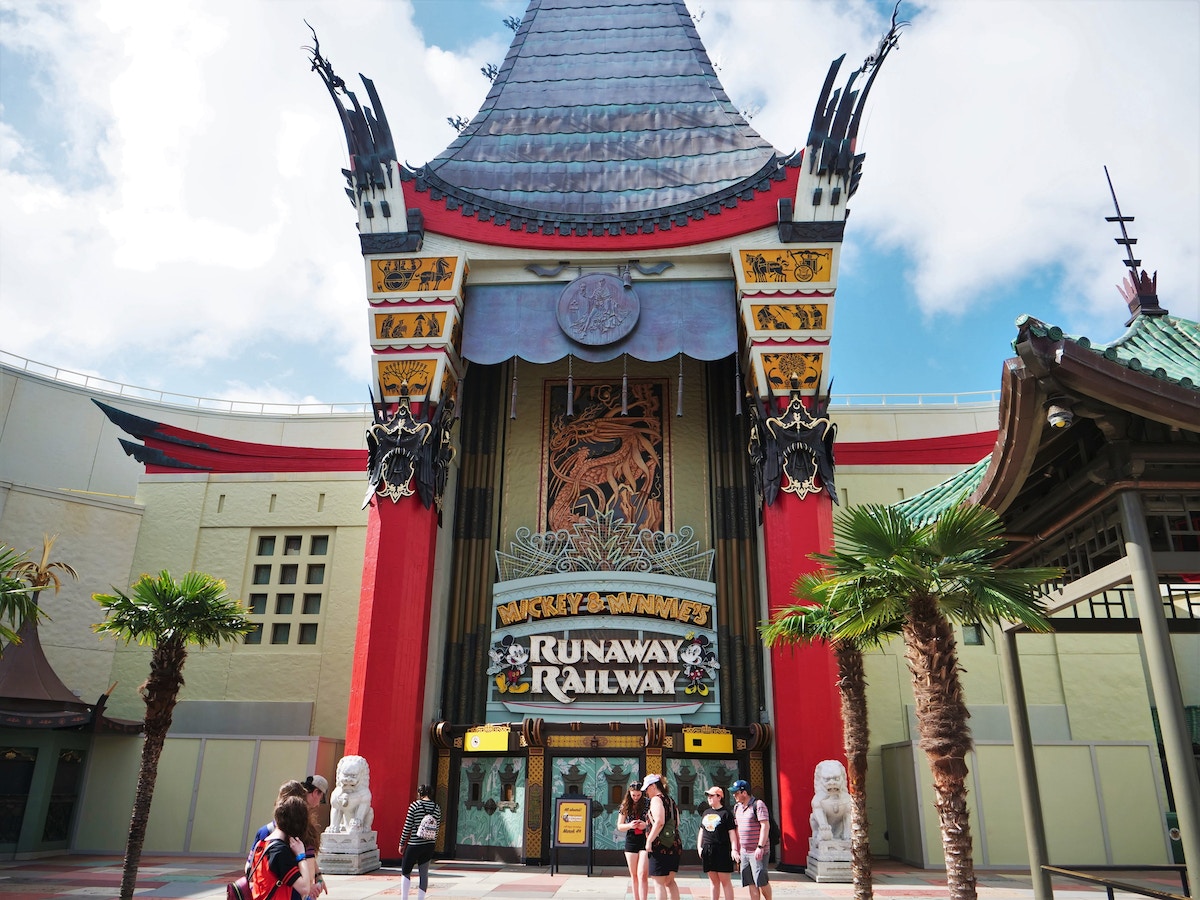 As has been the case since the Mickey & Minnie’s Runaway Railway neon sign went up, there’s little new to see outside of the Chinese Theater. However, cast member previews of the new attraction will begin soon. Read our post detailing the dates of the preview. 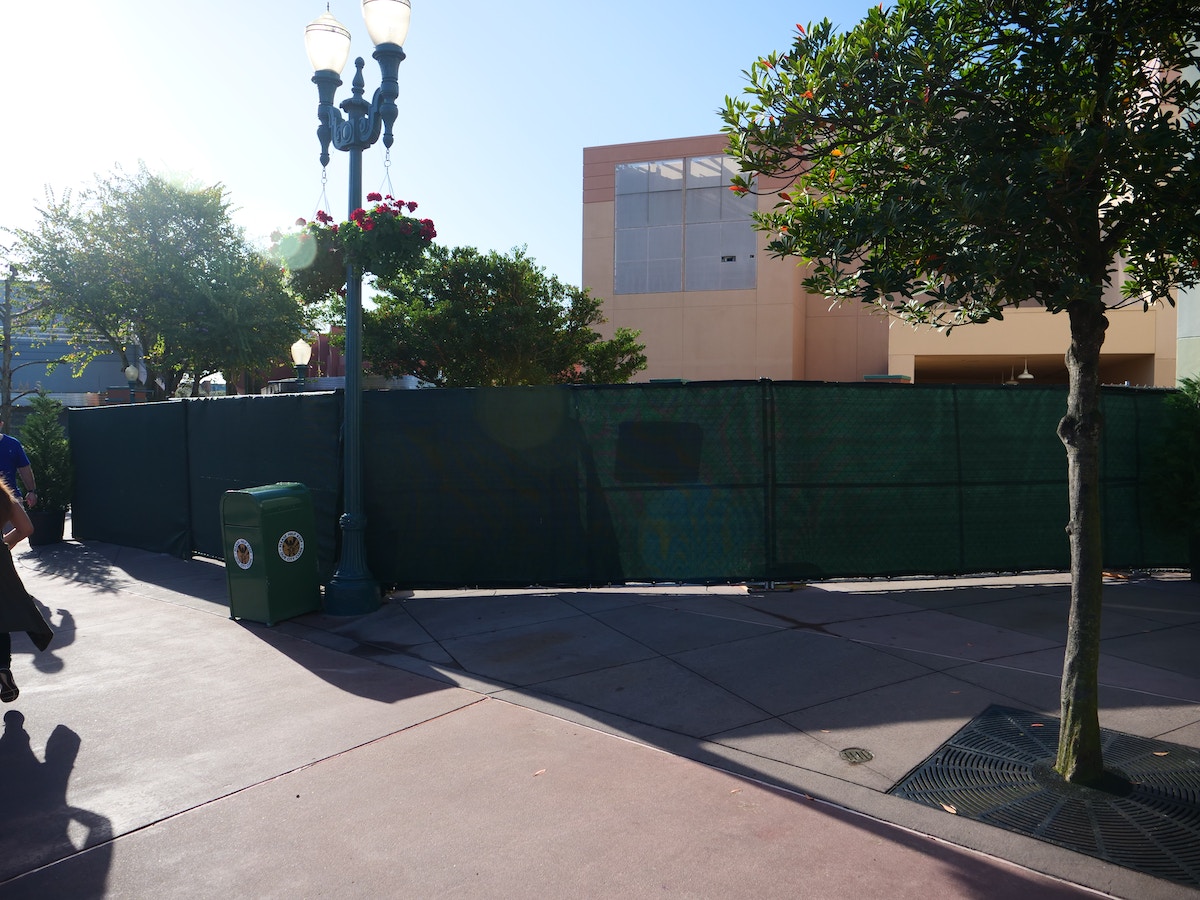 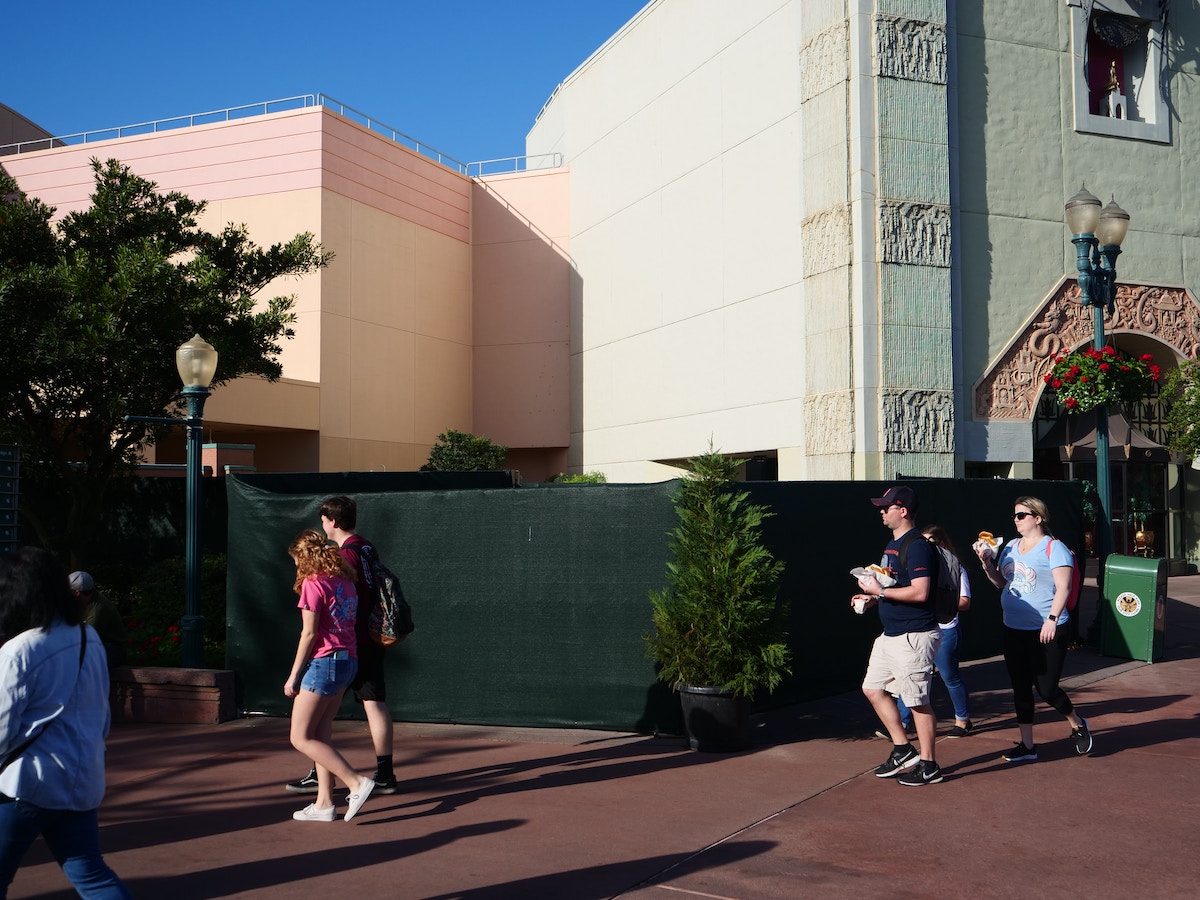 Immediately next to the Chinese Theater, these walls are still up around the area where the Mickey & Minnie’s Runaway Railway photo op was. 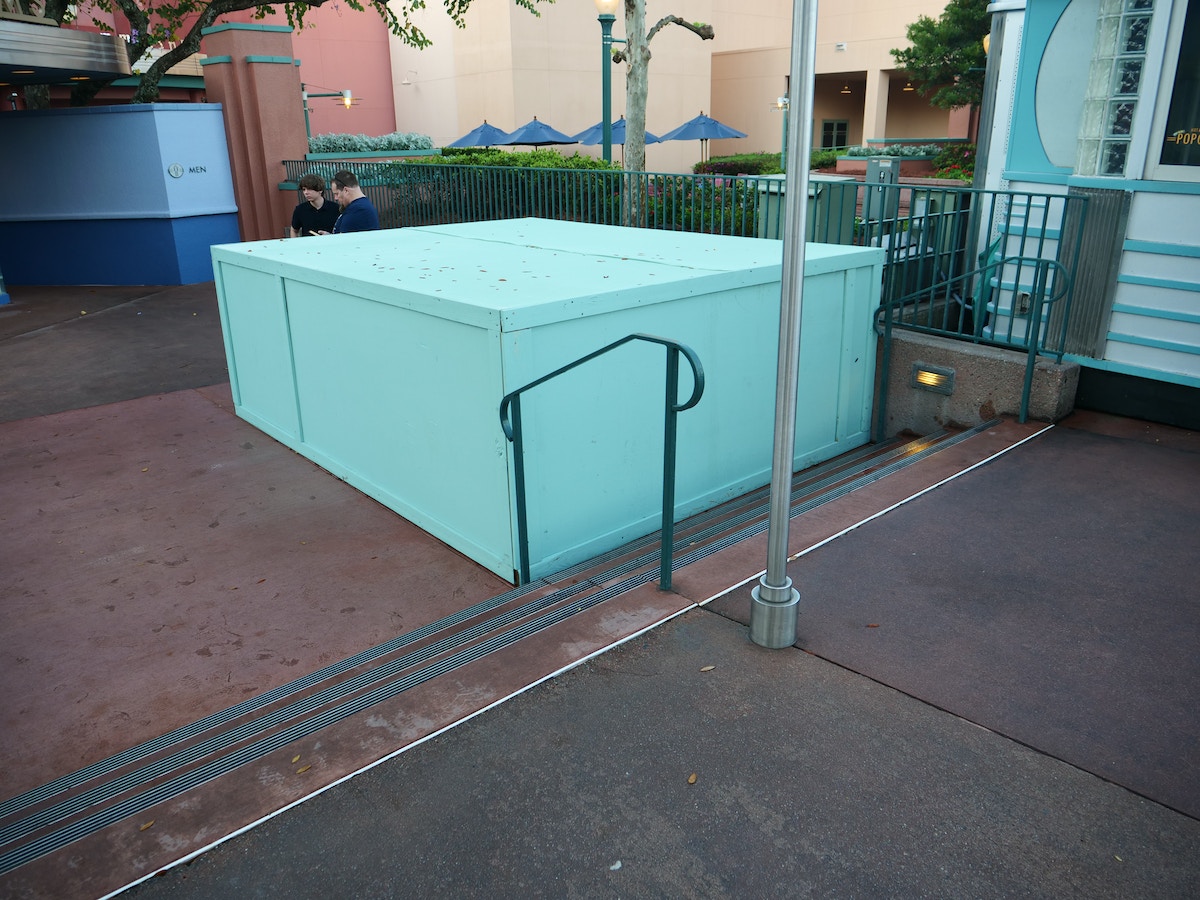 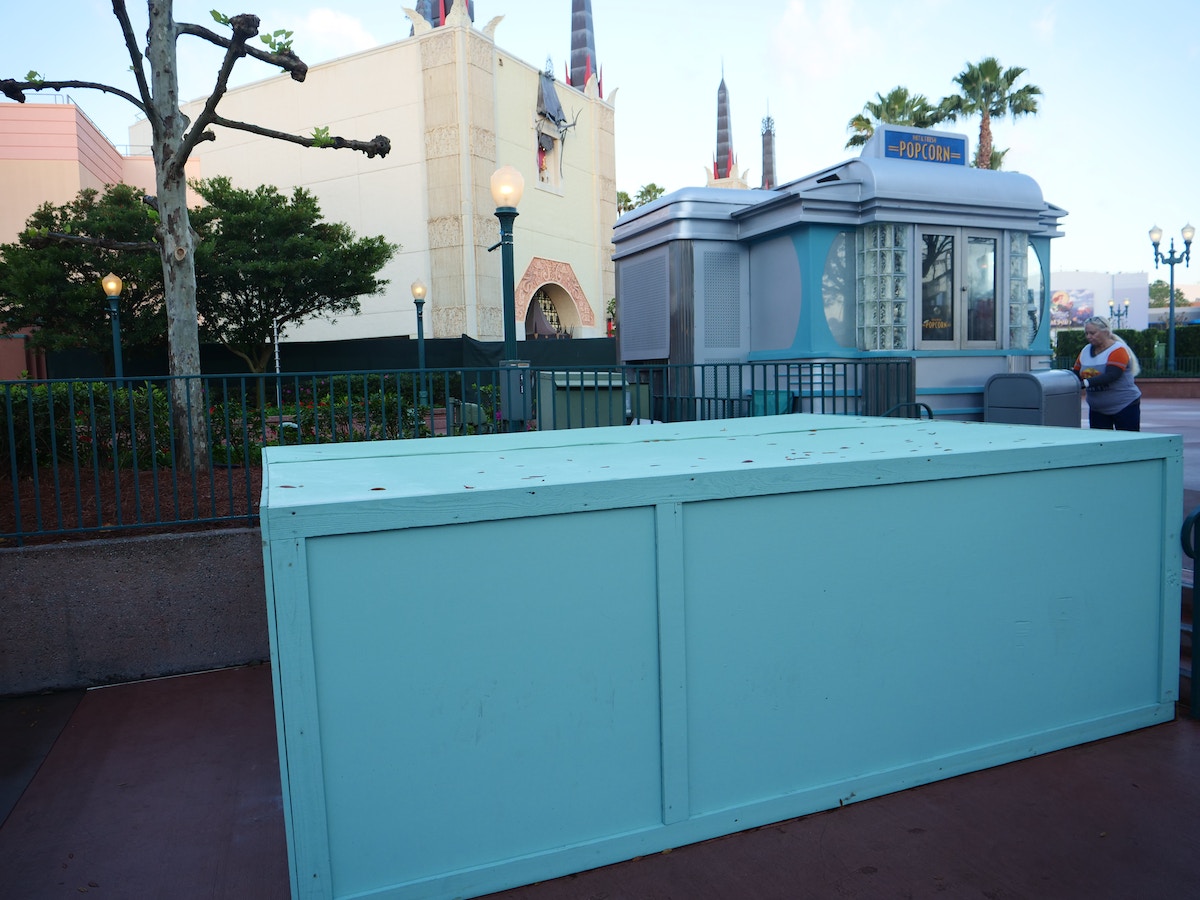 Just steps from those walls, this box has made an appearance next to a popcorn stand. 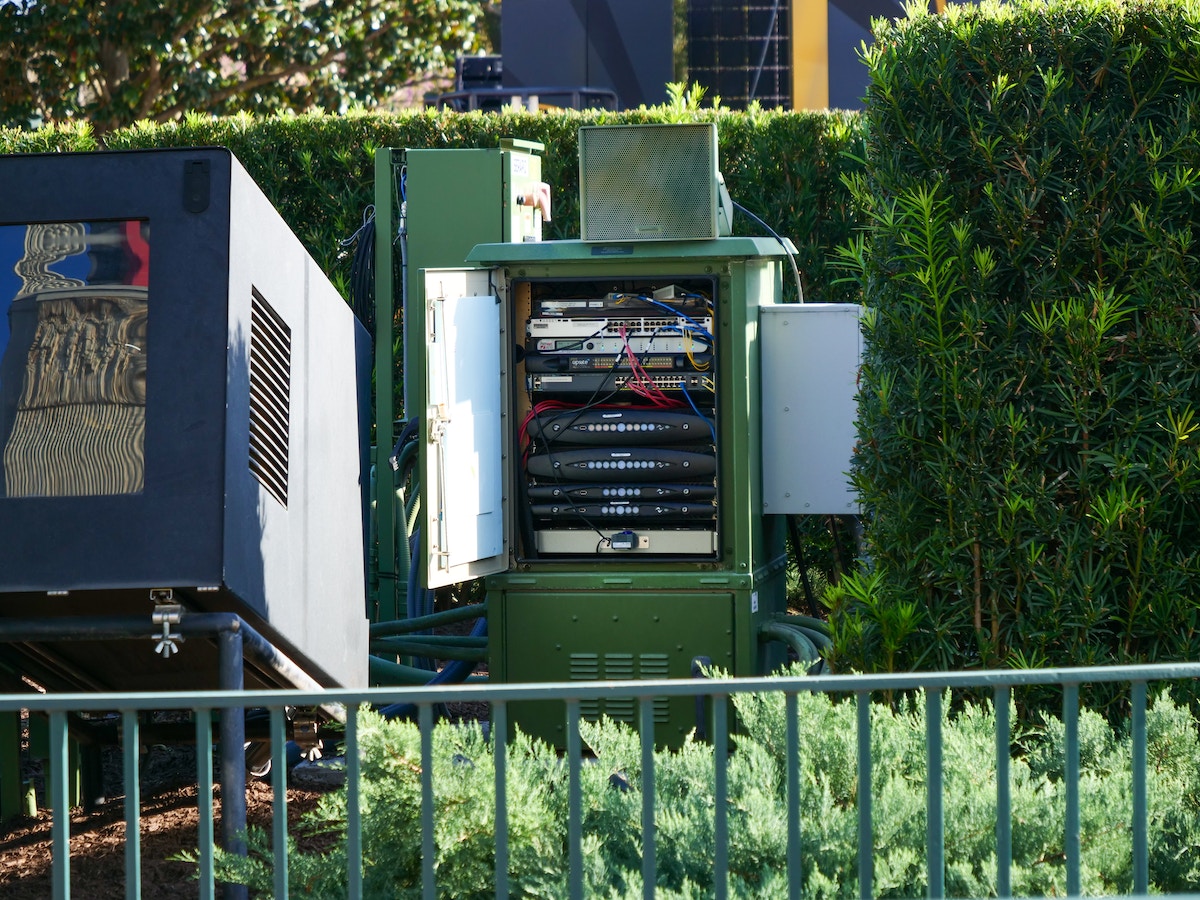 In front of the theater, this rack of audio-visual and networking equipment was left open. Maybe someone lost the remote? 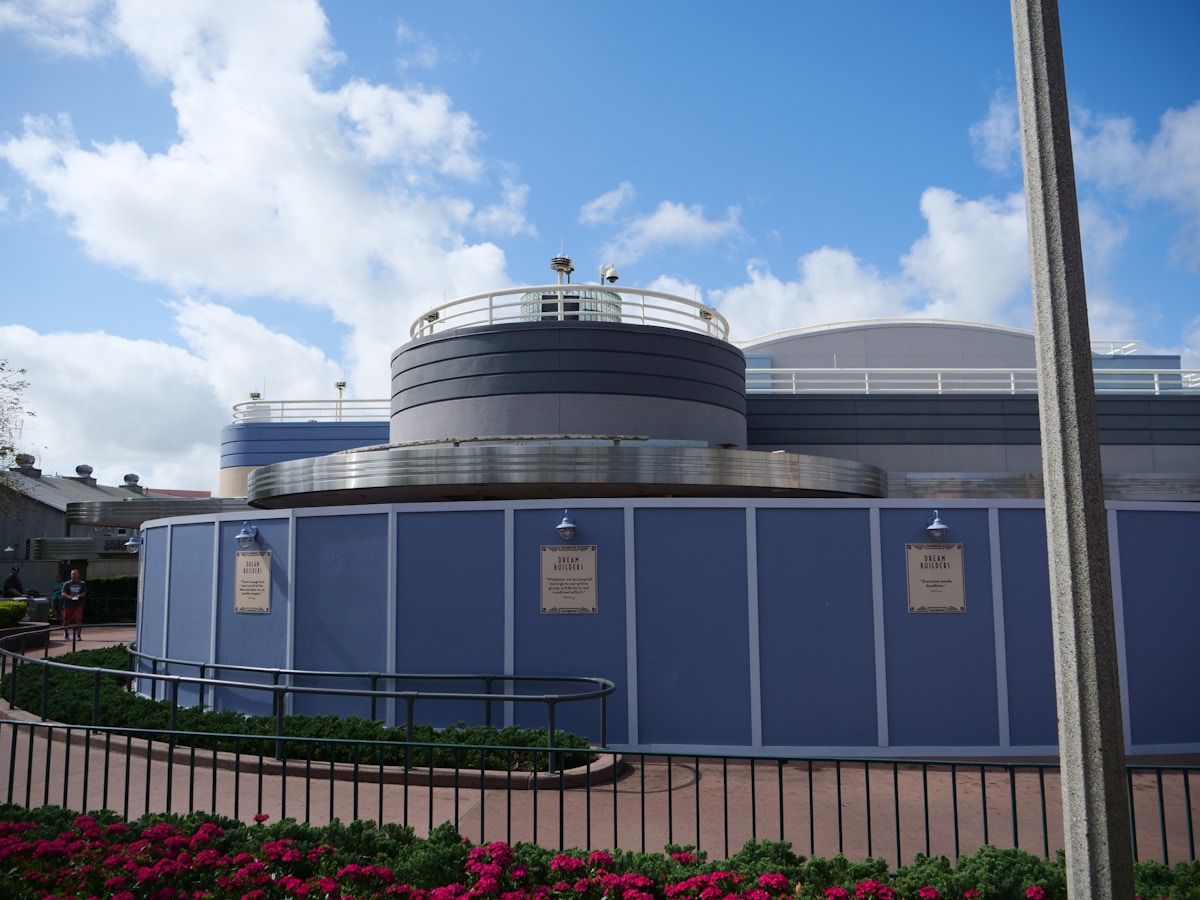 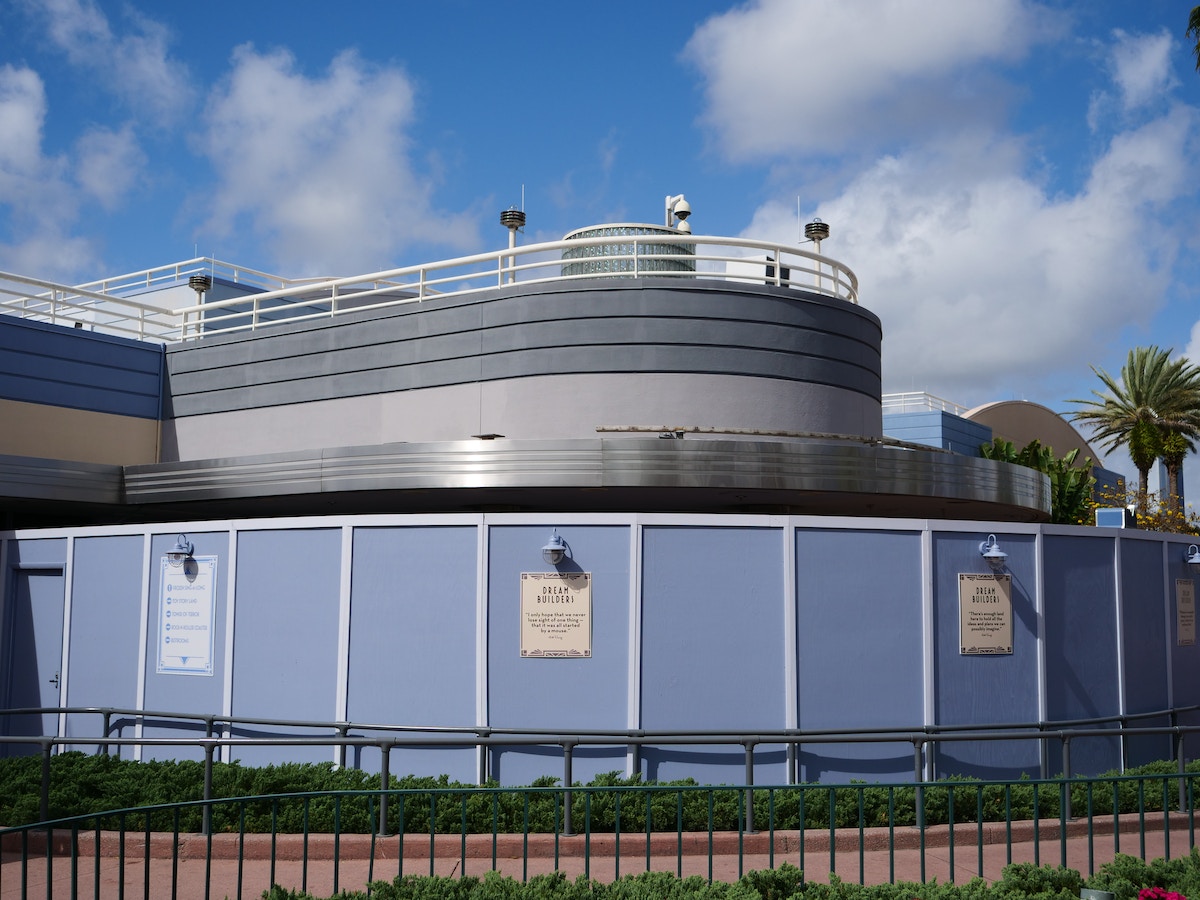 At the Mickey Shorts Theater, progress on the exterior has been fairly slow. For all the details on the updated theater, along with concept art, read our full post. 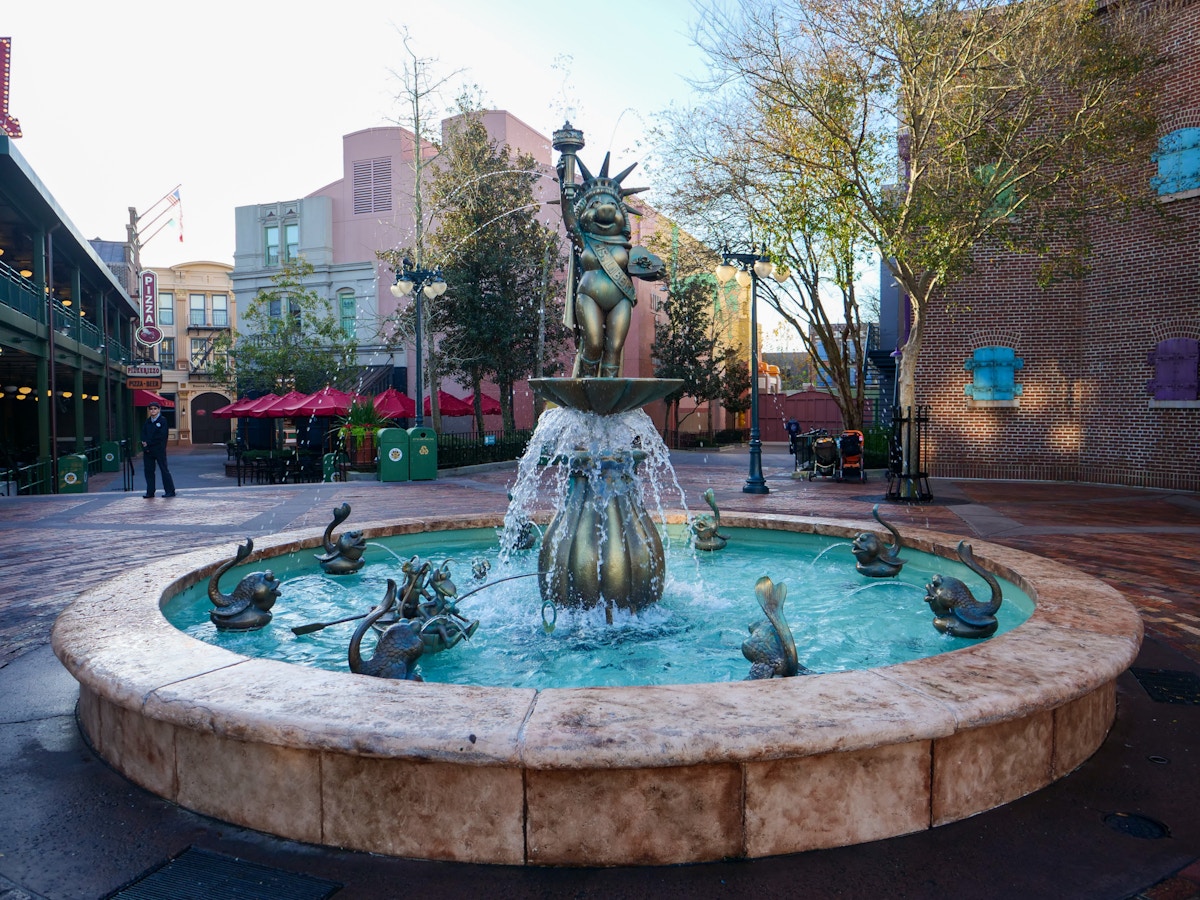 We stopped by Muppet*Vision 3D early to check out our favorite fountain. 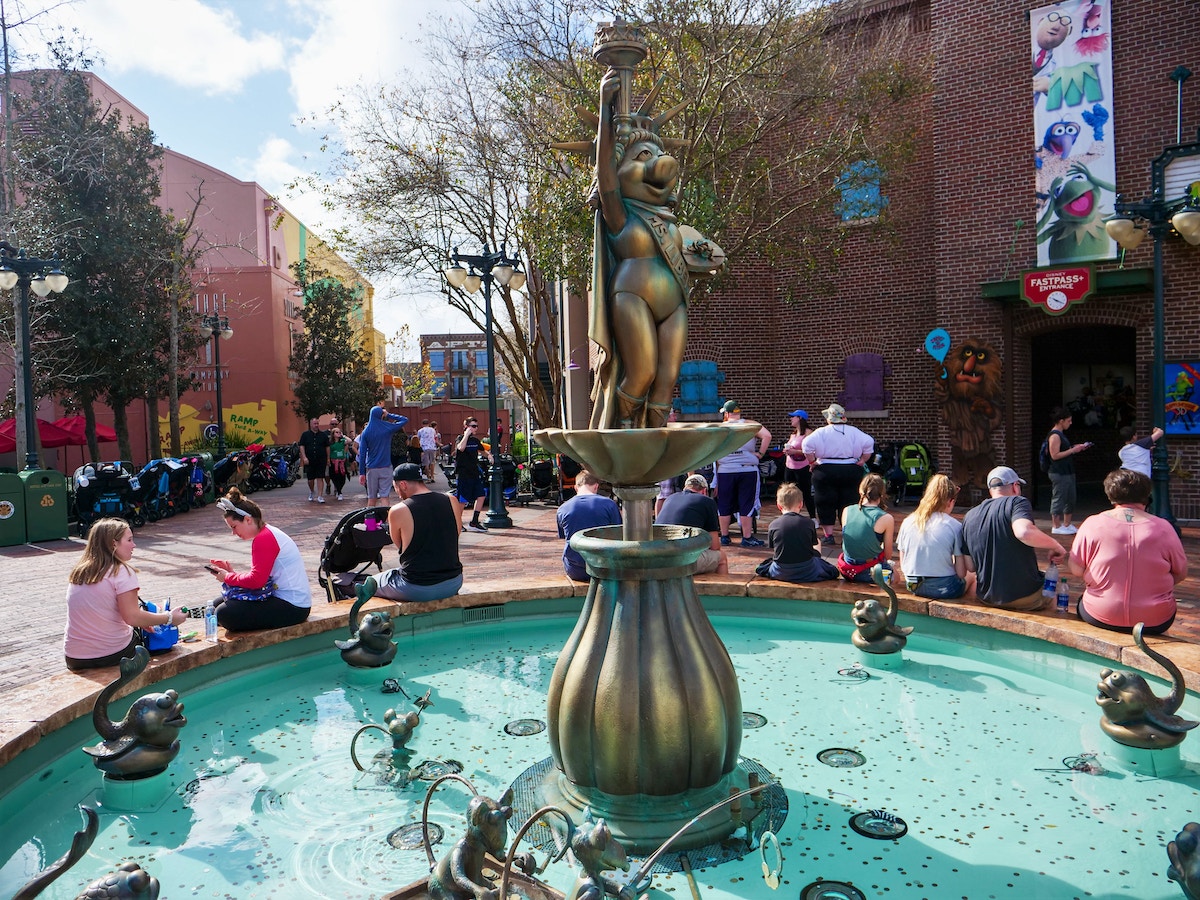 But only a couple hours later, the fountain wasn’t performing too well. Miss Piggy isn’t going to be happy about this. 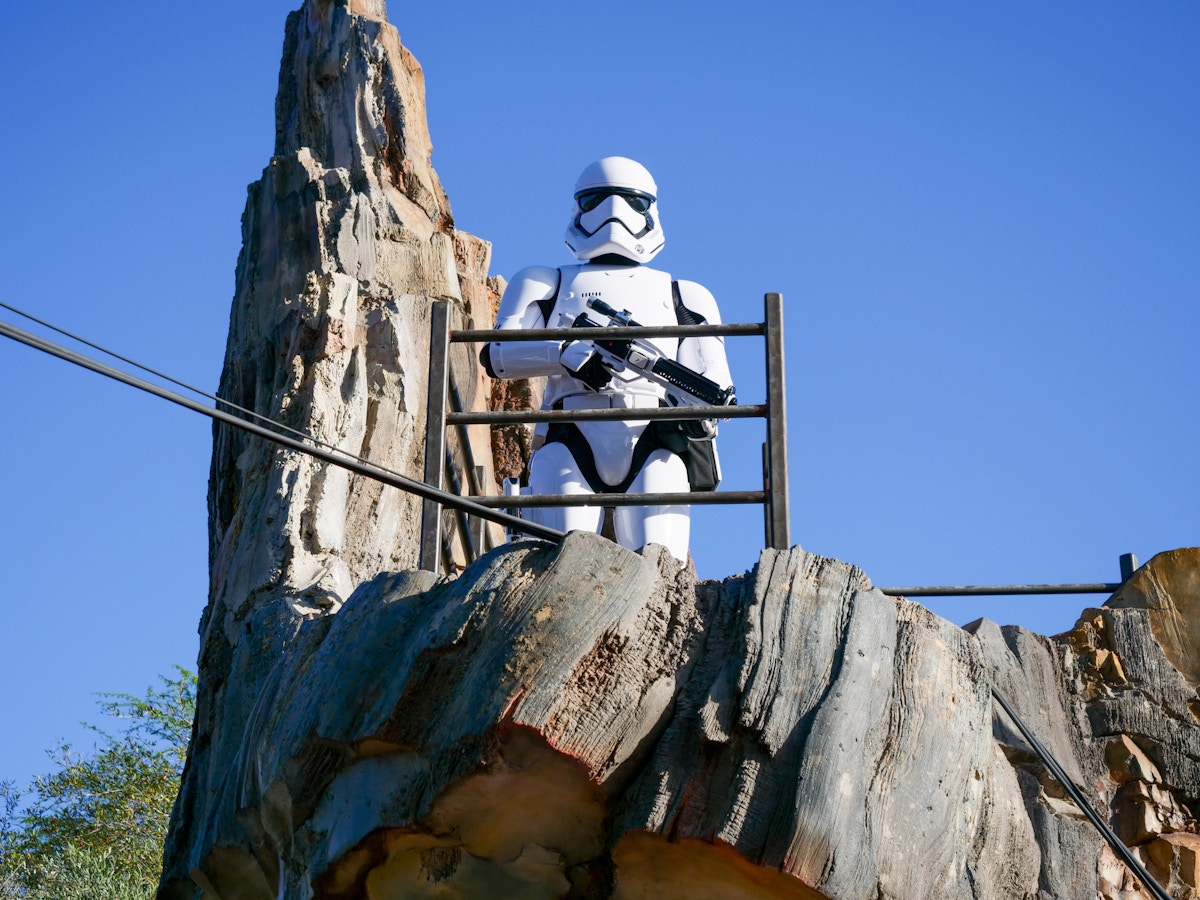 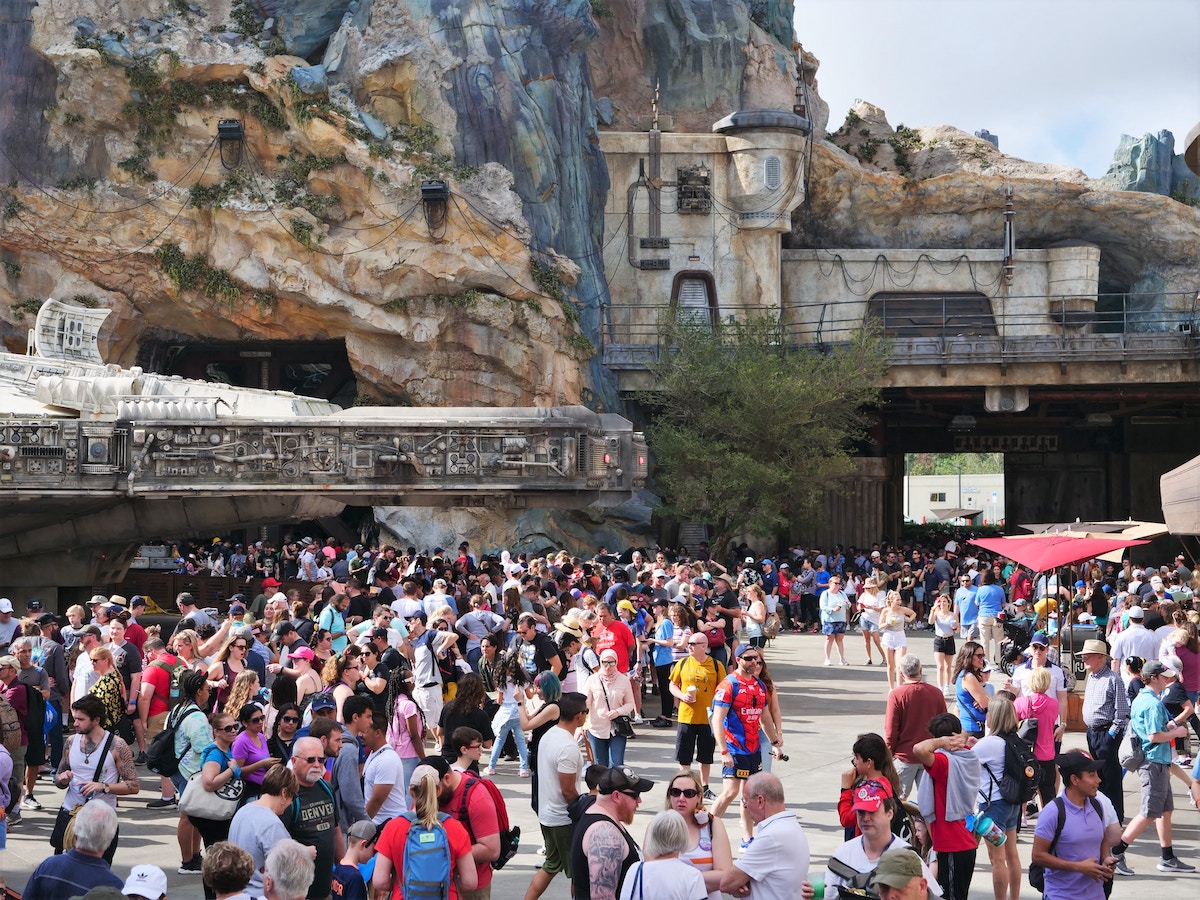 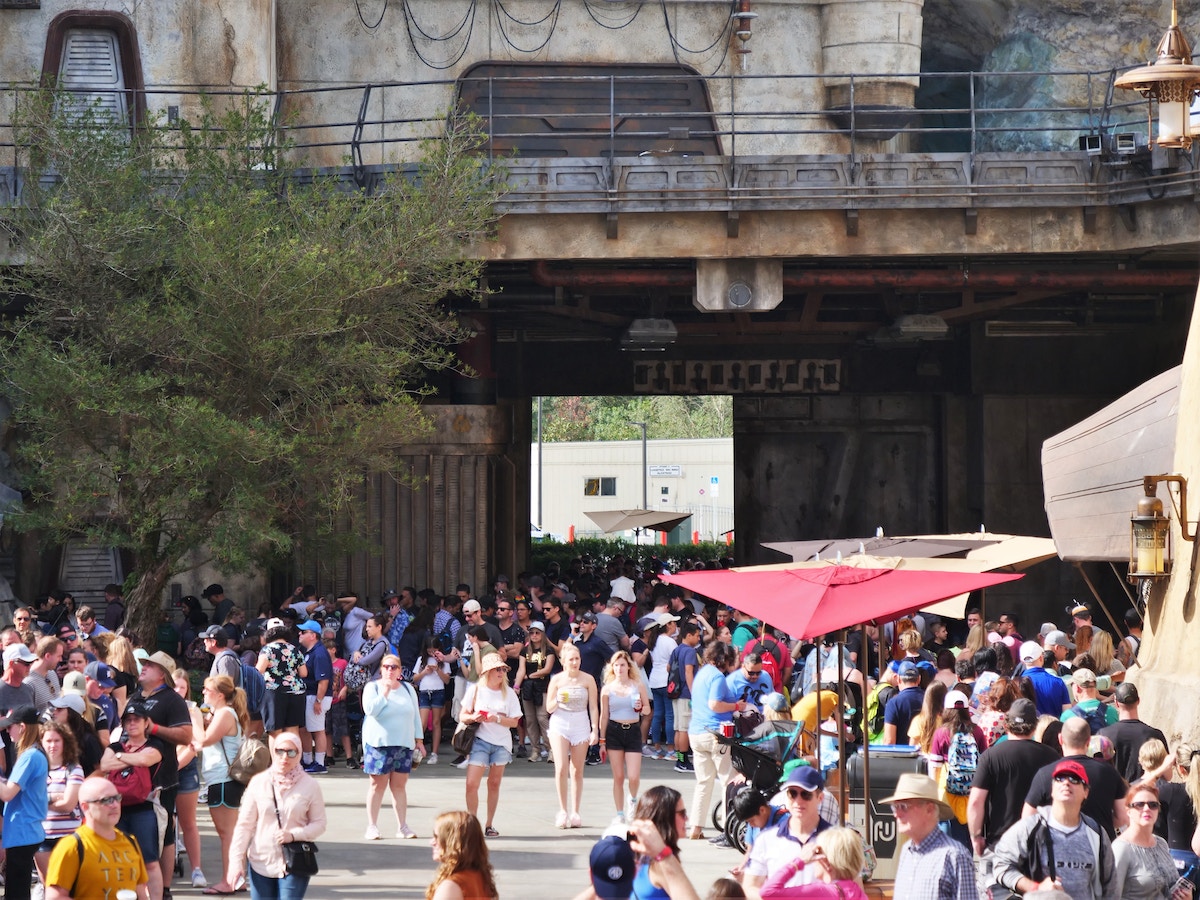 The crowds in Star Wars: Galaxy’s Edge were massive today, so much so that queues were being routed outside of the land to backstage areas. For the “most immersive themed land ever built,” this was a bit unfortunate. 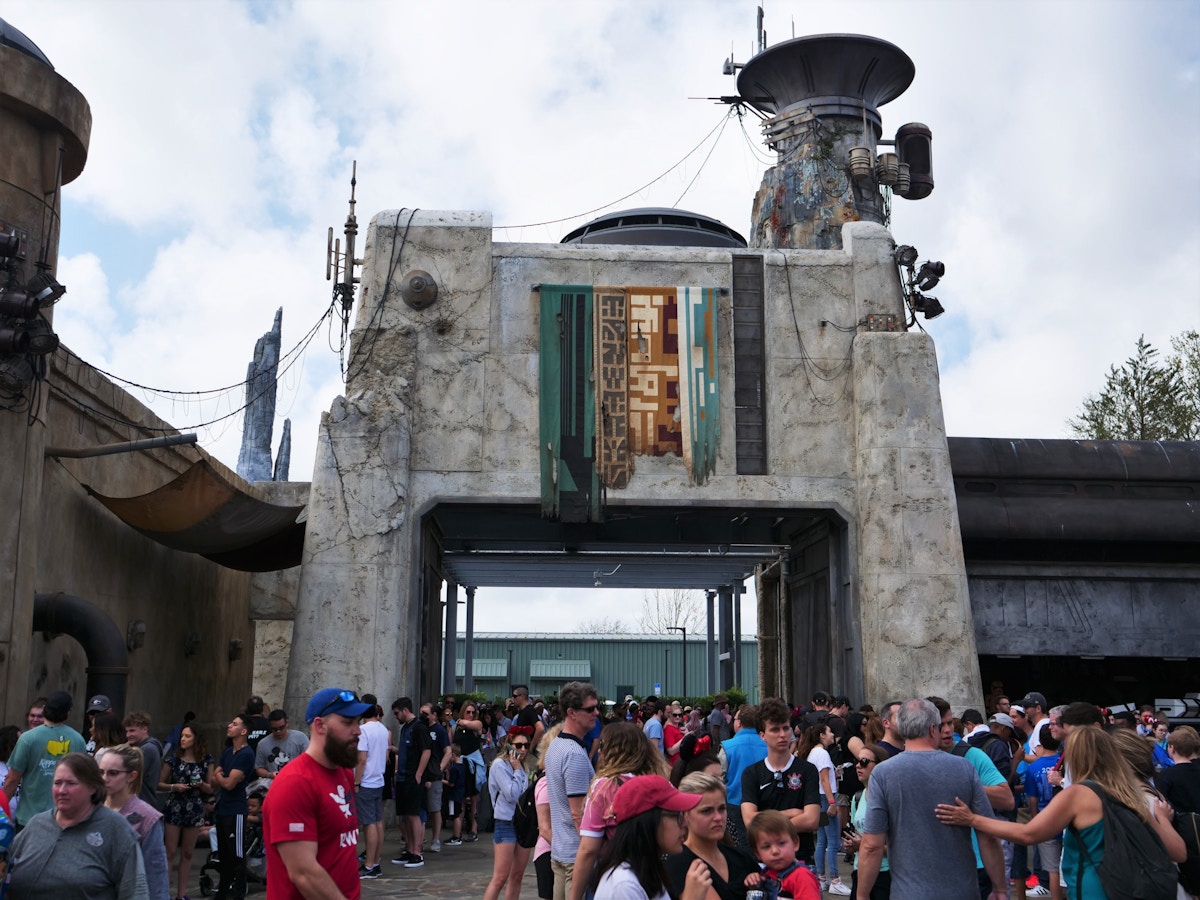 The same scenario was true in another spot in the land, where the Millennium Falcon: Smugglers Run queue was routed to backstage areas in a second location. 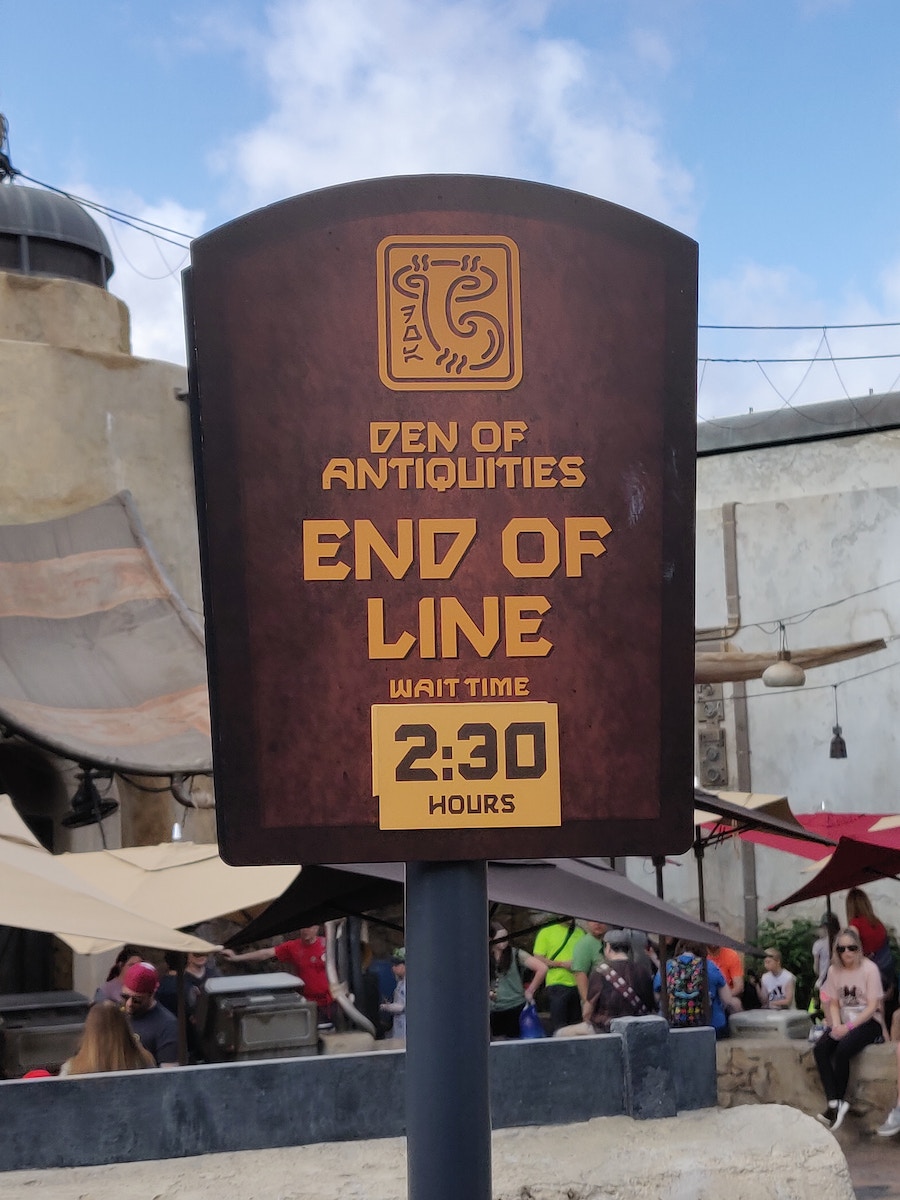 Outside Dok-Ondar’s Den of Antiquities, the queue to enter the store showed a wait time of over two hours. 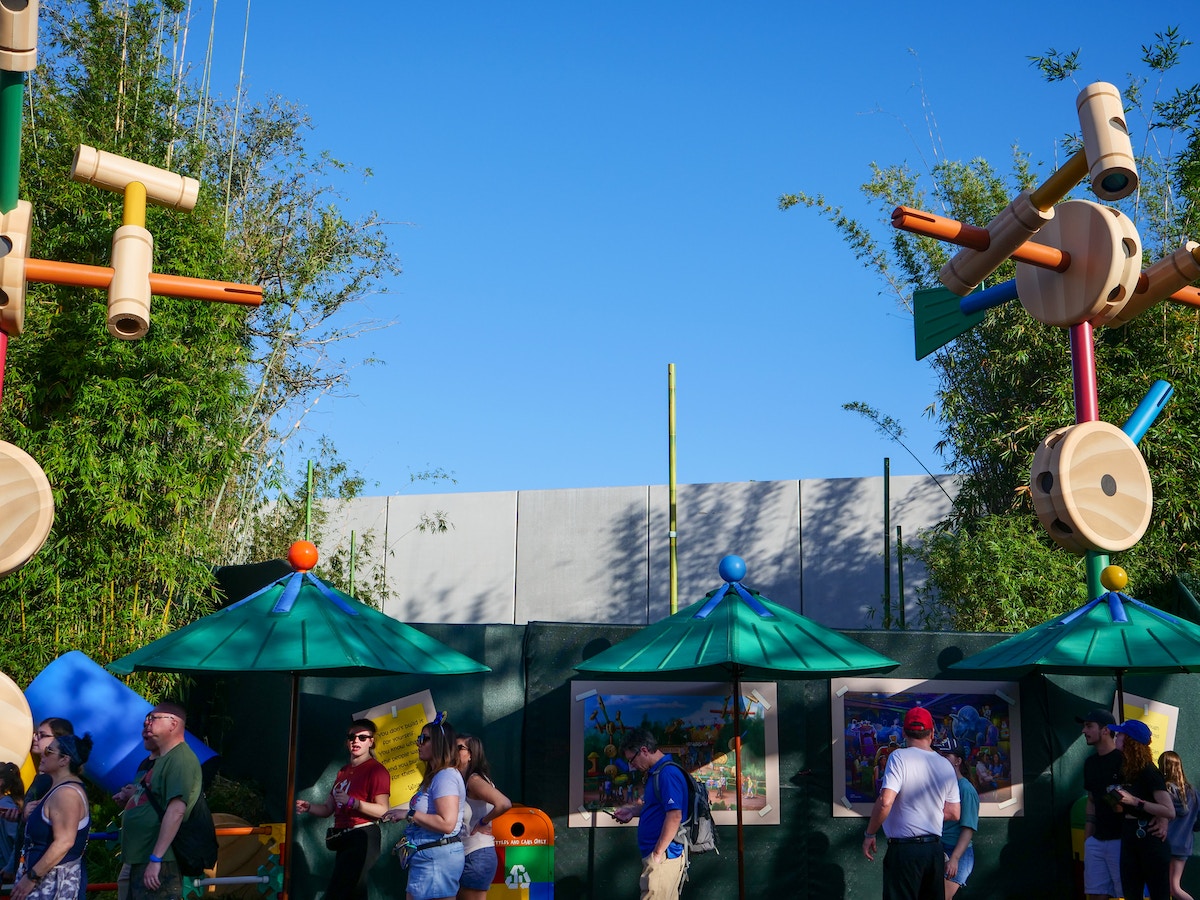 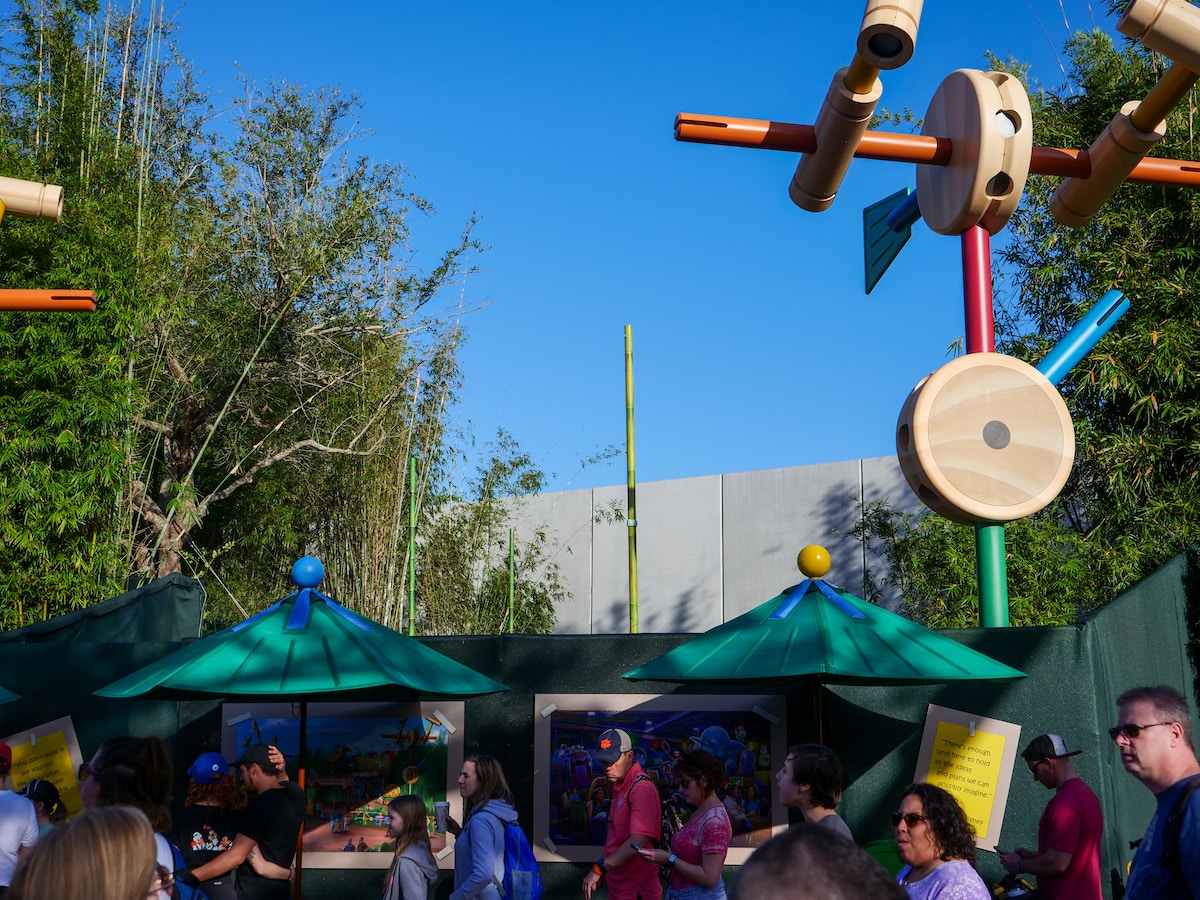 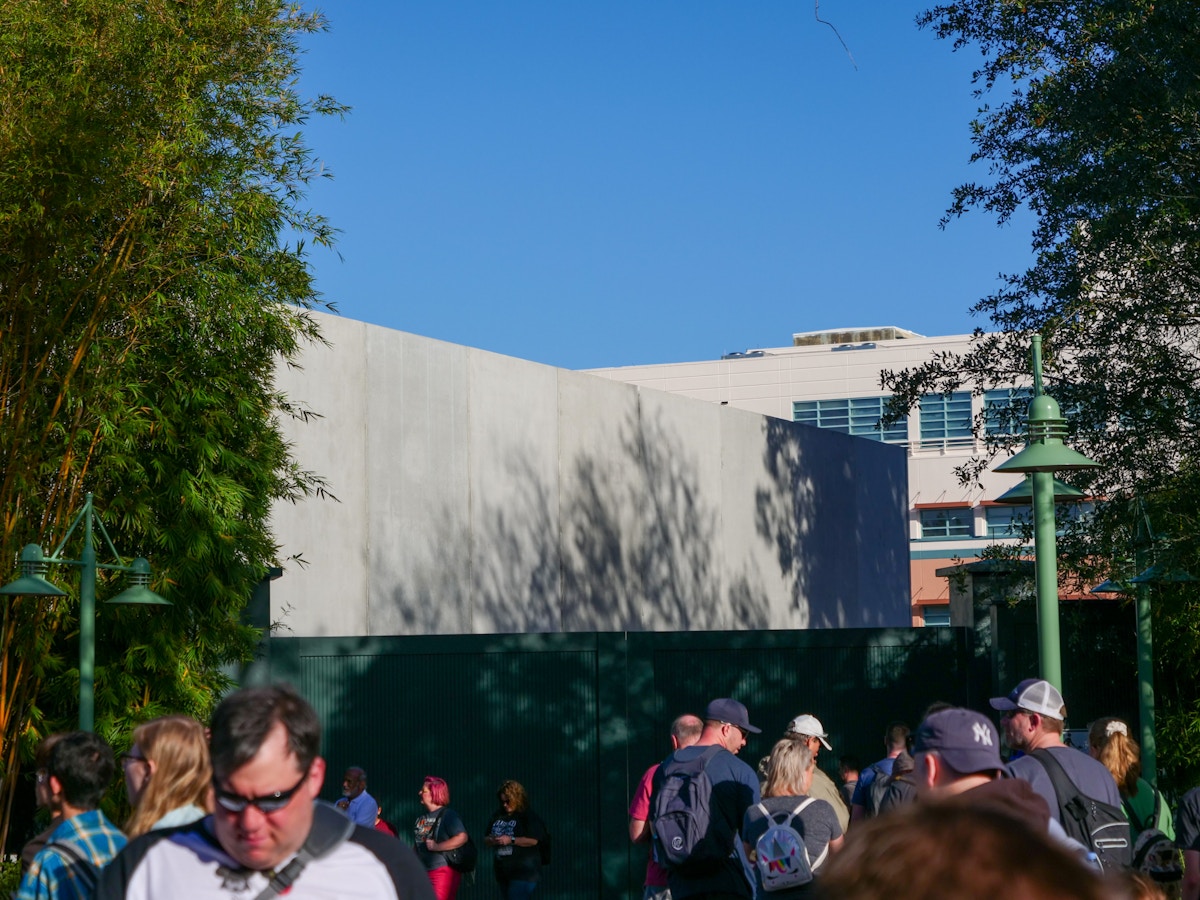 In Toy Story Land, we’re eagerly waiting for some theming to be added to the outside of the Roundup Rodeo BBQ building. As of now, only a 2020 opening has been announced, with no specific time of year mentioned. 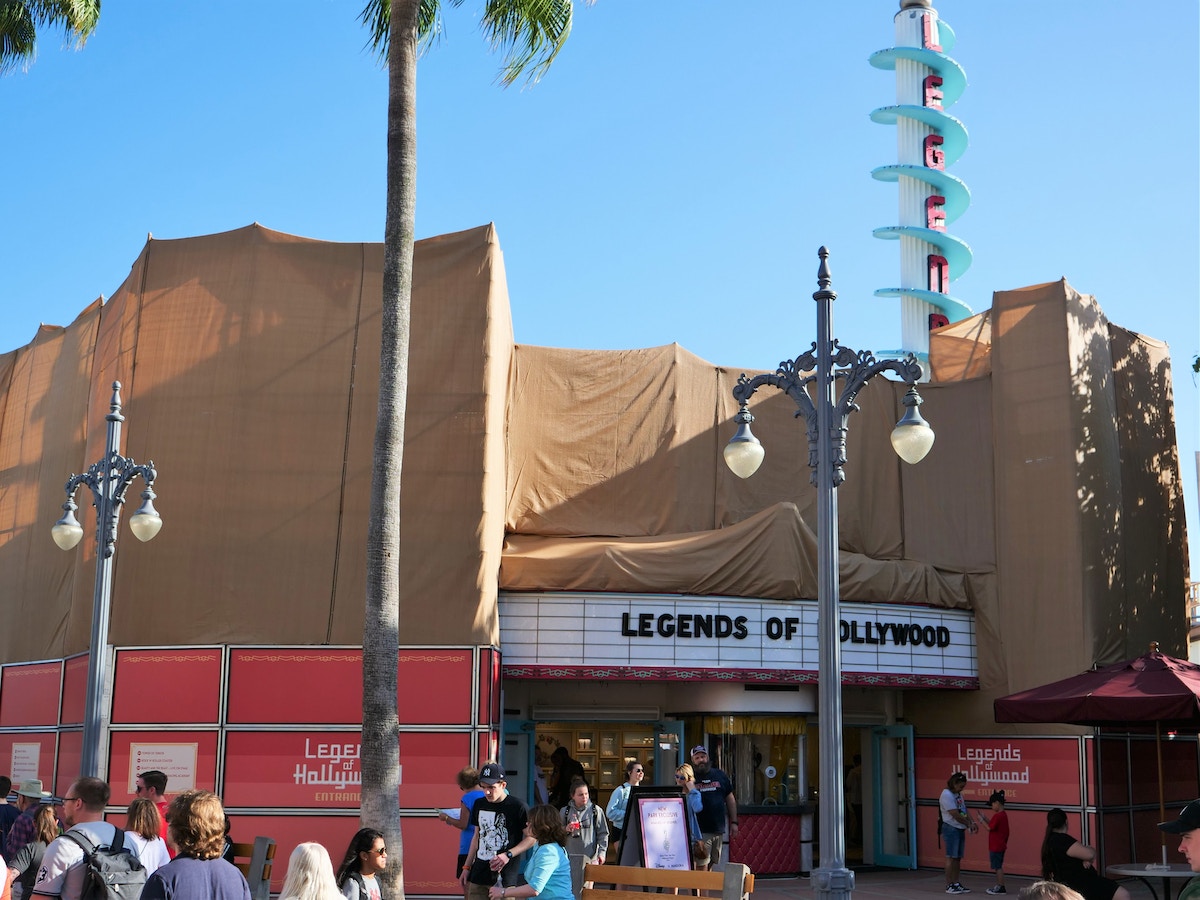 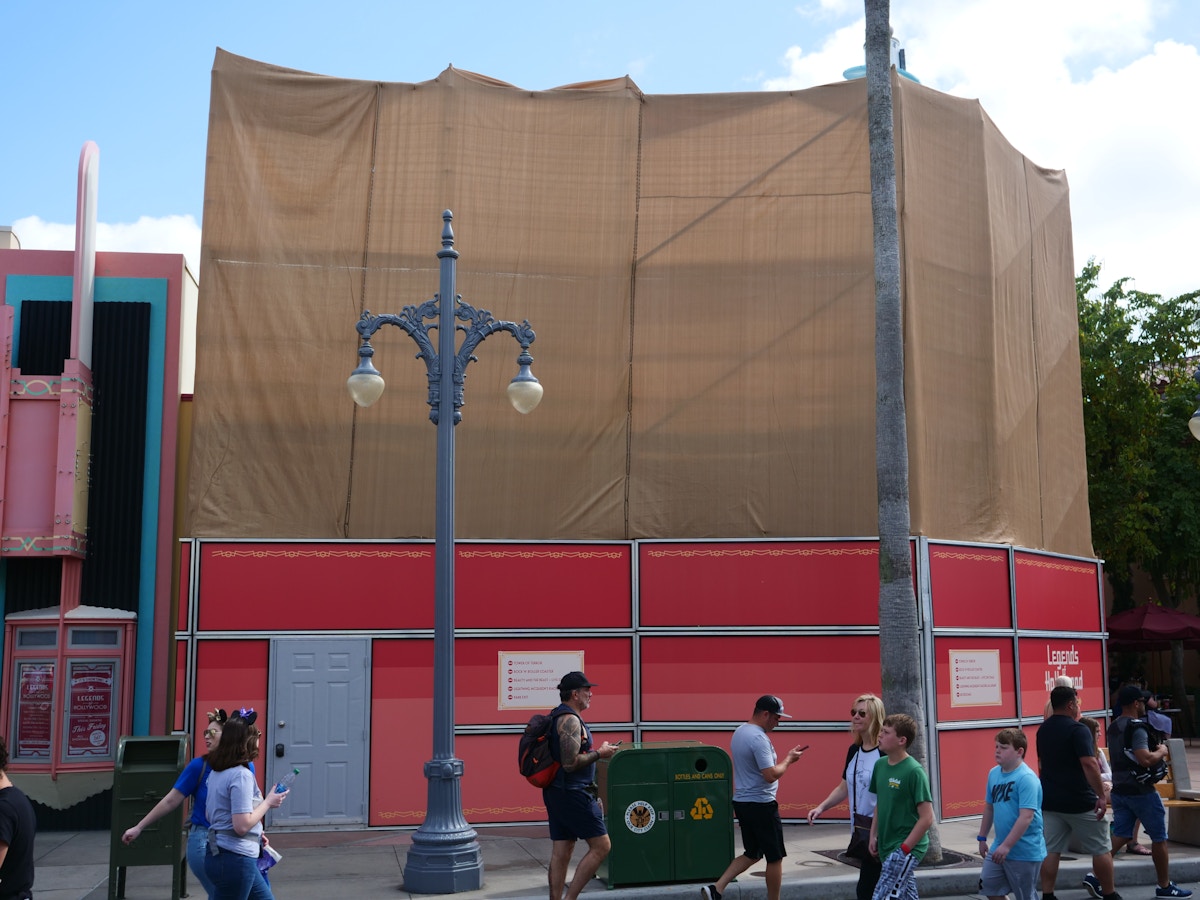 Off Sunset Boulevard, the exterior refurbishment of Legends of Hollywood continues. 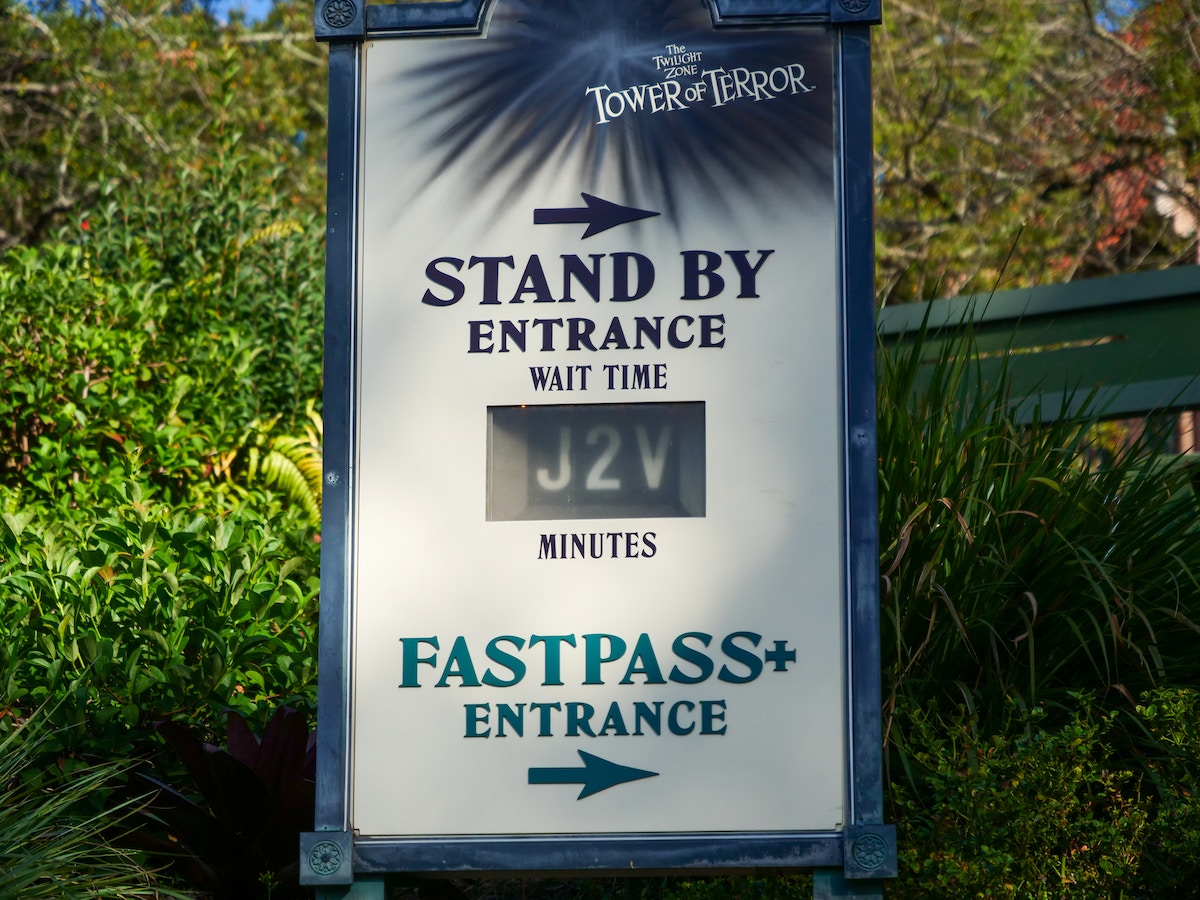 At the Twilight Zone Tower of Terror, the standby time seems to have come from the fifth dimension. “2:30 Hours” seems pretty normal compared to this. 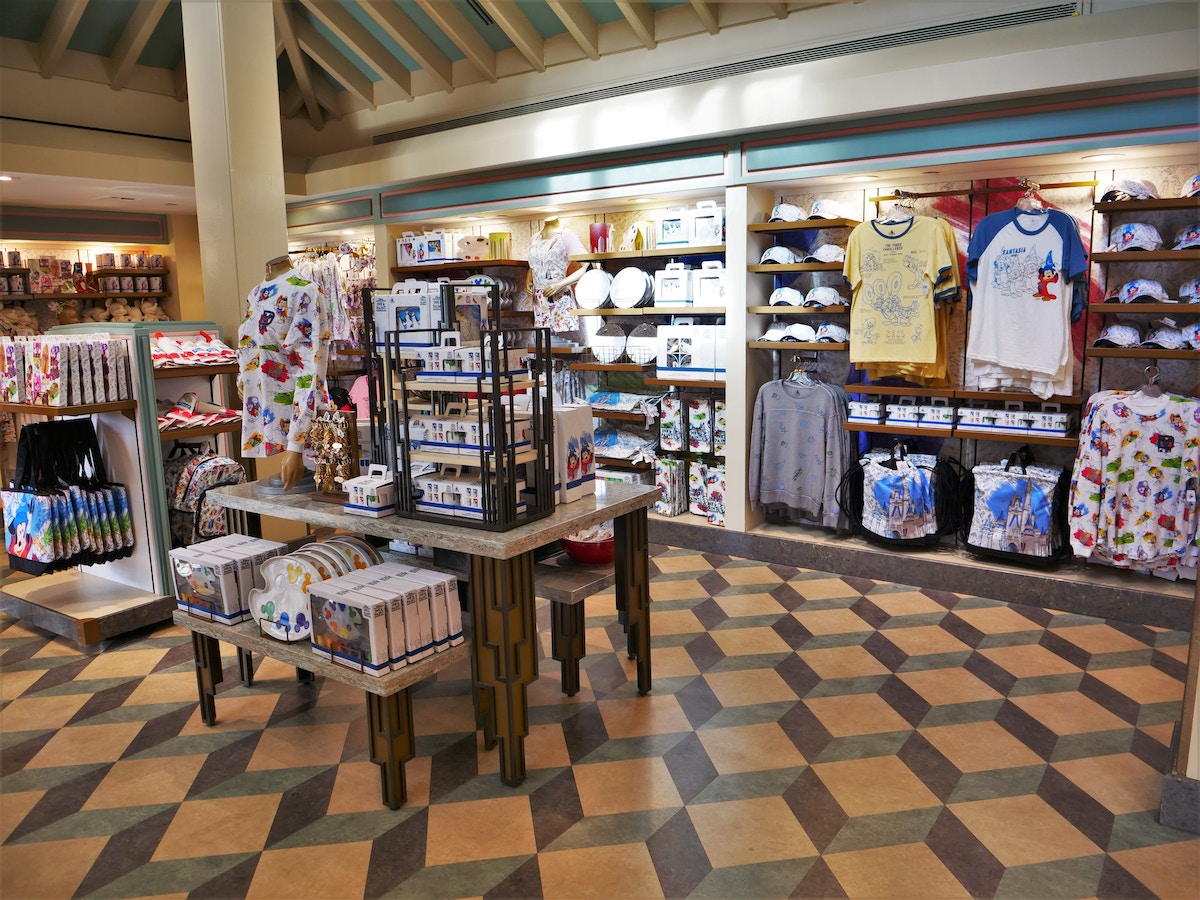 Back on Hollywood Boulevard, Adrian & Edith’s Head to Toe has been taken over by the Ink & Paint merchandise collection. 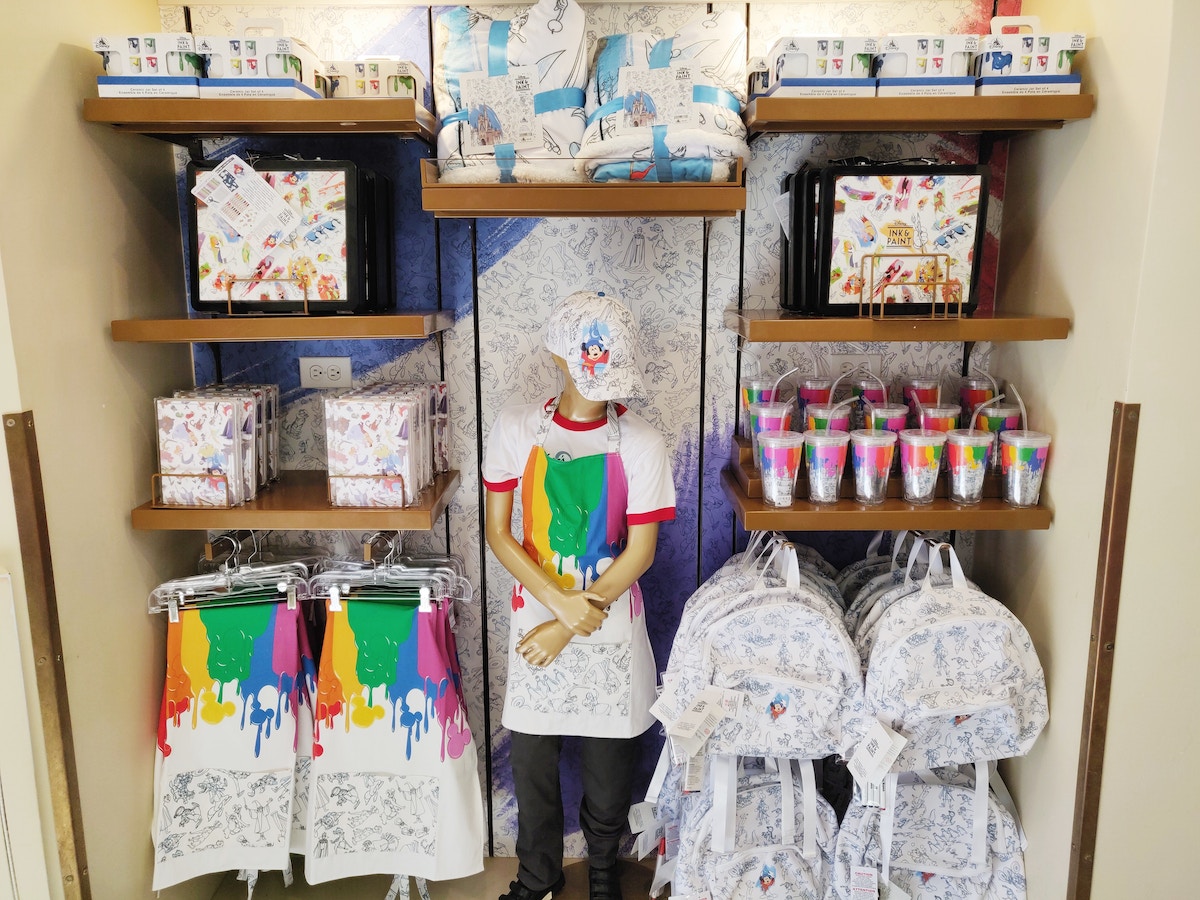 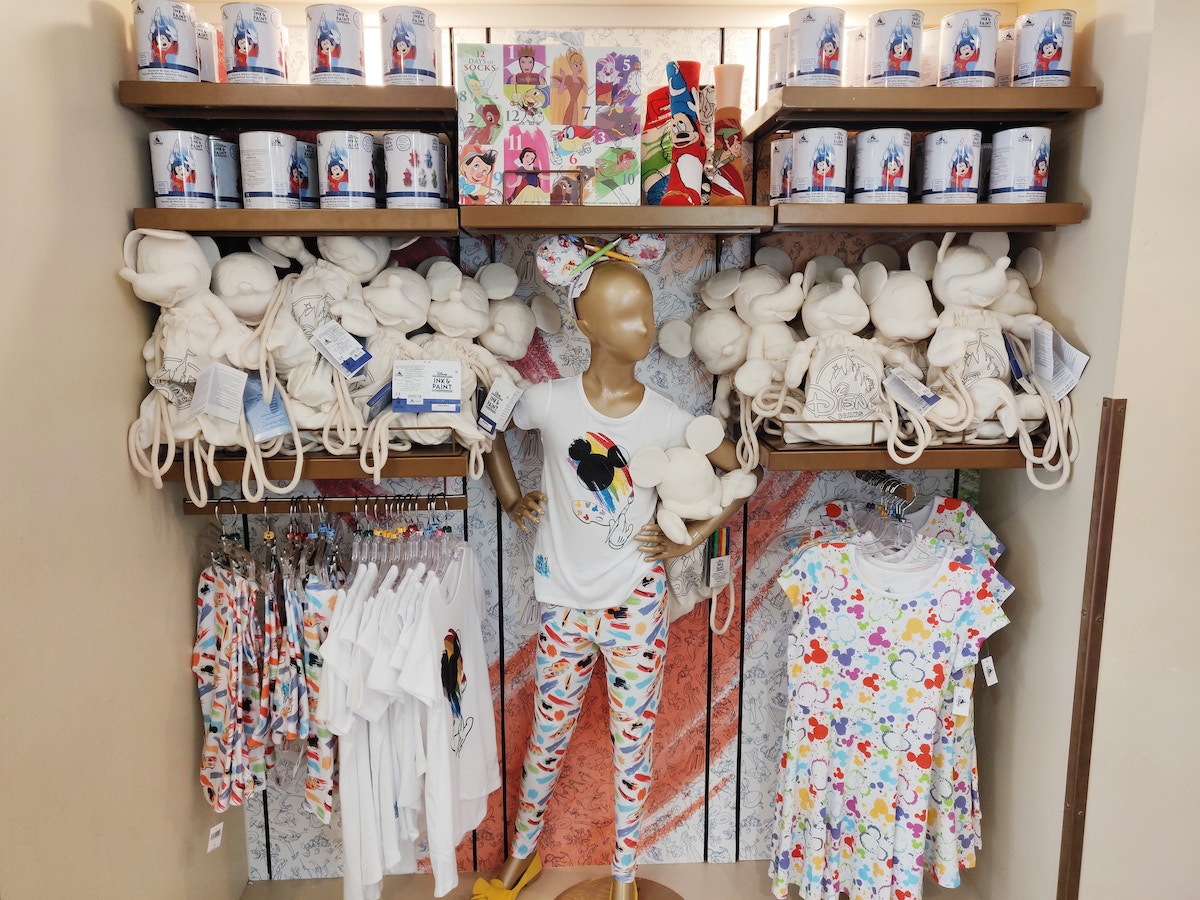 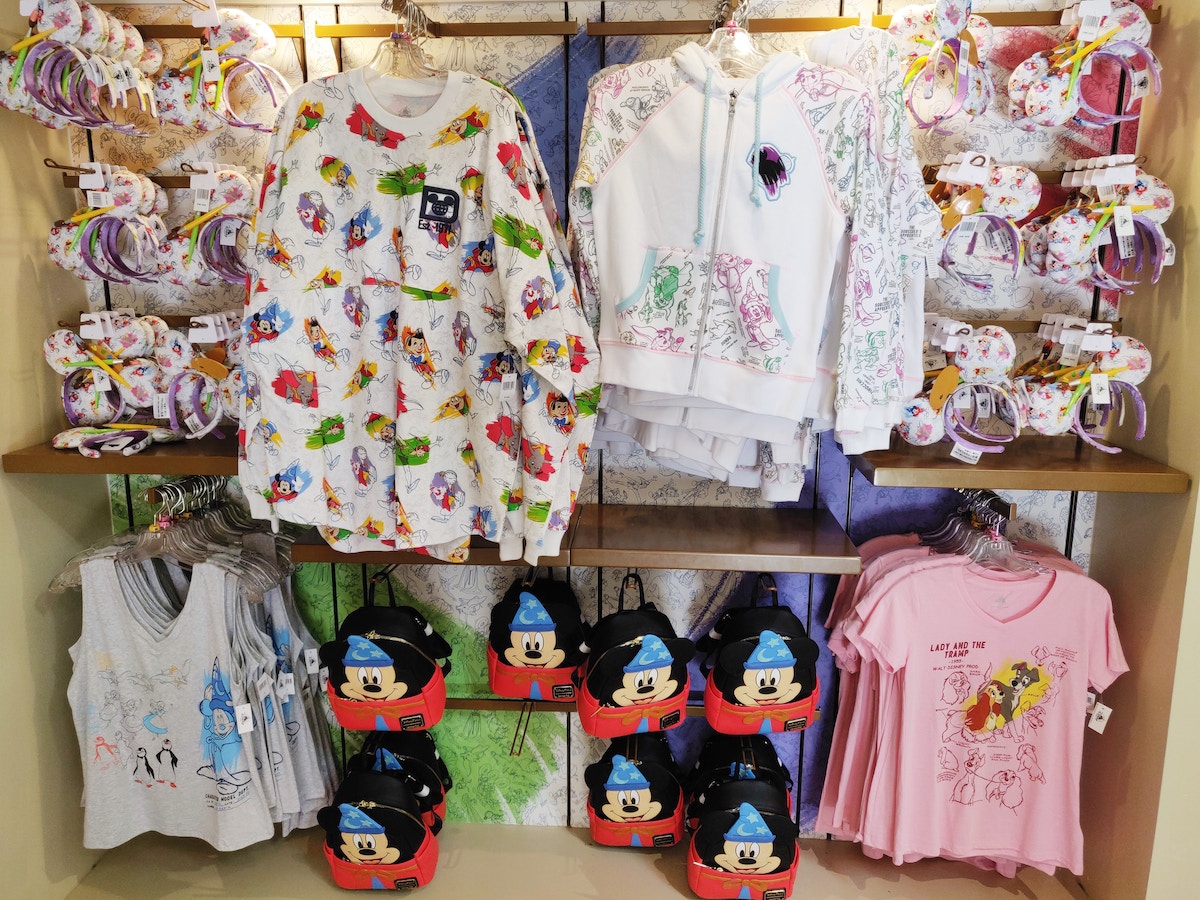 The collection has only been in Walt Disney World for about two weeks, but has grown into a vast assortment of products — everything from apparel, to plush, to home goods. 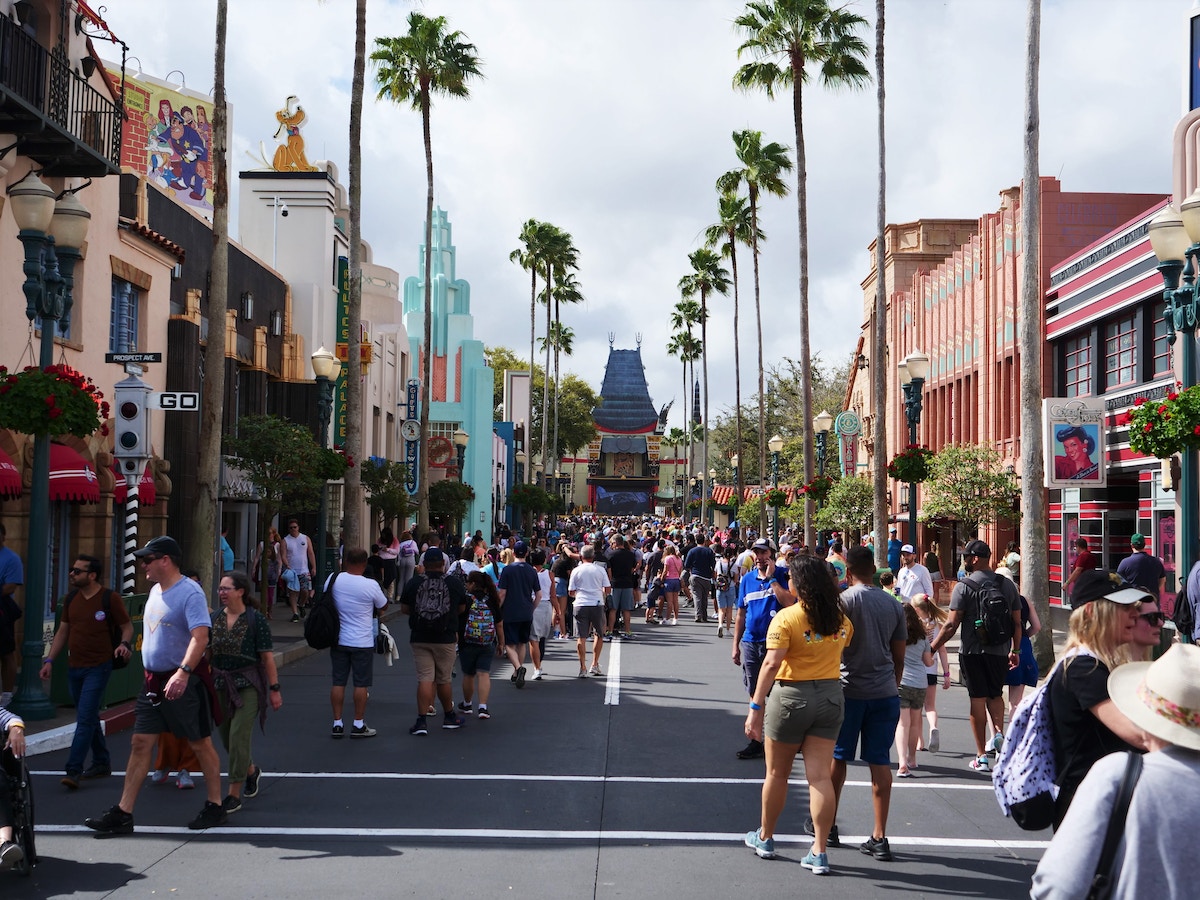 On our way out of the park, Hollywood Boulevard wasn’t much less crowded than when we started hours earlier. 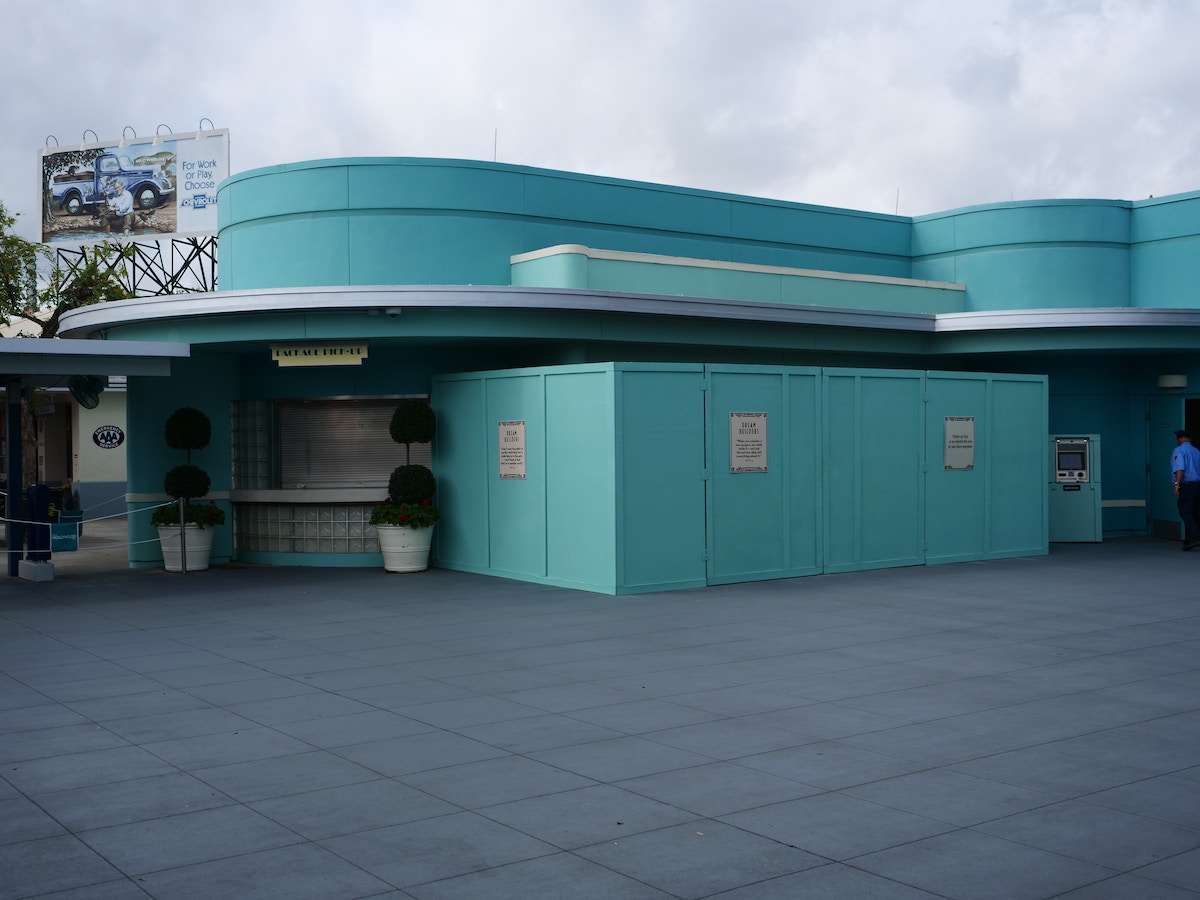 These walls right next to the package pick-up window have now been up for over three weeks. It’s still unknown what is going on behind them, though it’s most likely some minor work. 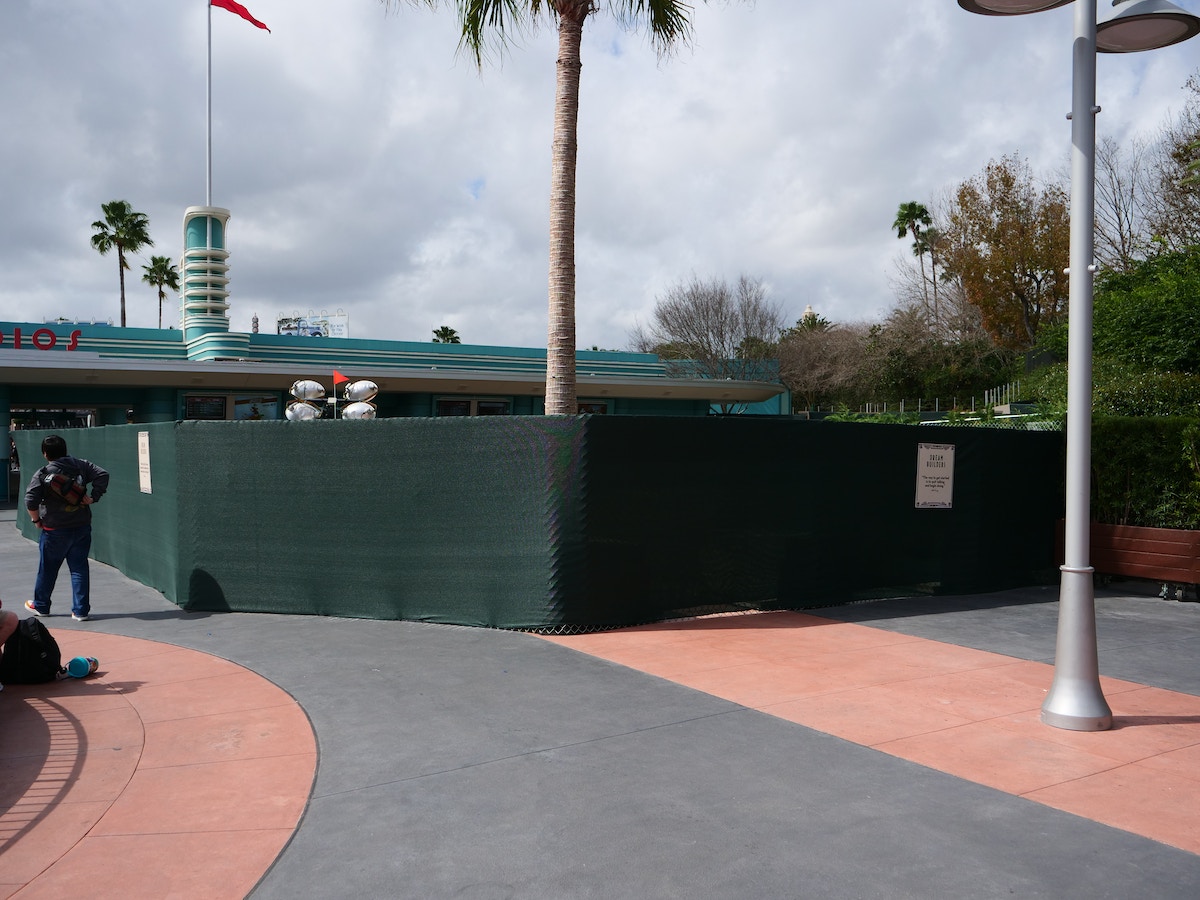 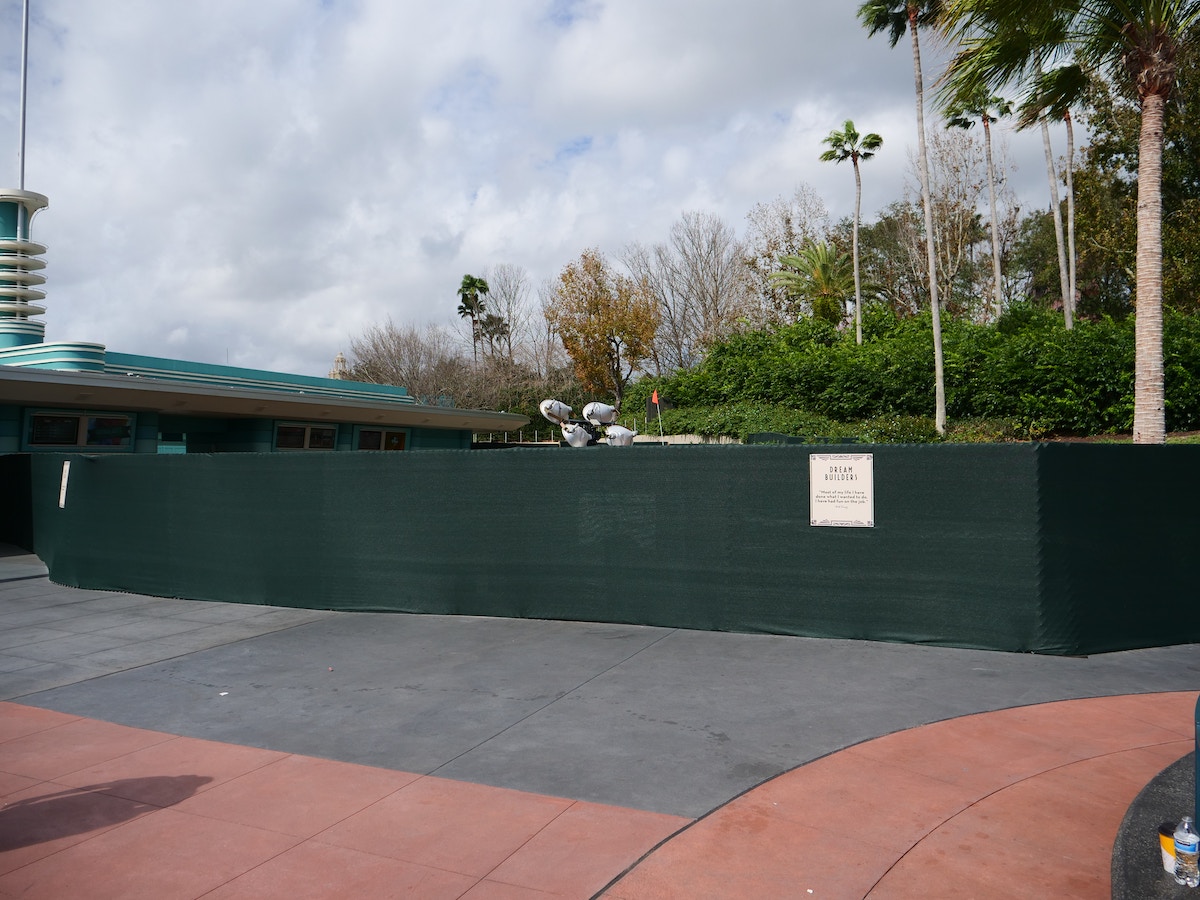 Finally, work continues on the grounds in front of some of the ticket booths outside of the park. Currently, the area appears to be ready for new pavement, and we’re hopeful this work will be complete within the next week or two to help alleviate crowds prior to park open.

Thanks, as always, for following along on our tours of Walt Disney World parks! If you’re interested in real-time updates from the parks and resorts, follow @WDWNT on Twitter.