The buzz going around Disney’s Animal Kingdom is that there’s a new orange and honey-flavored bee cupcake! Well, we here at WDWNT are fond of bees (sort of), so we had to fly over there and check it out! 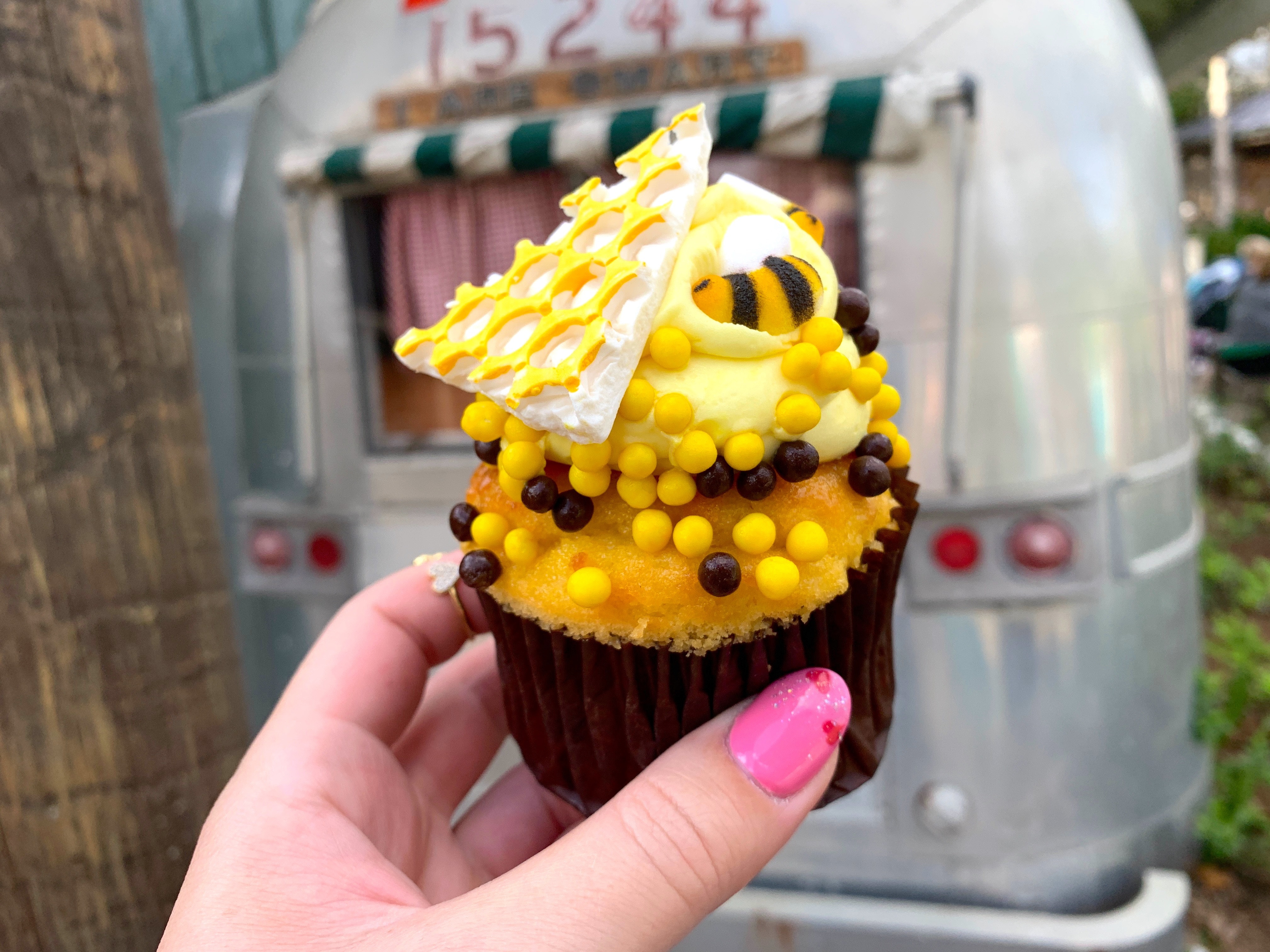 Likely due to the custard filling, these cupcakes are kept refrigerated when sold at Restaurantosaurus. 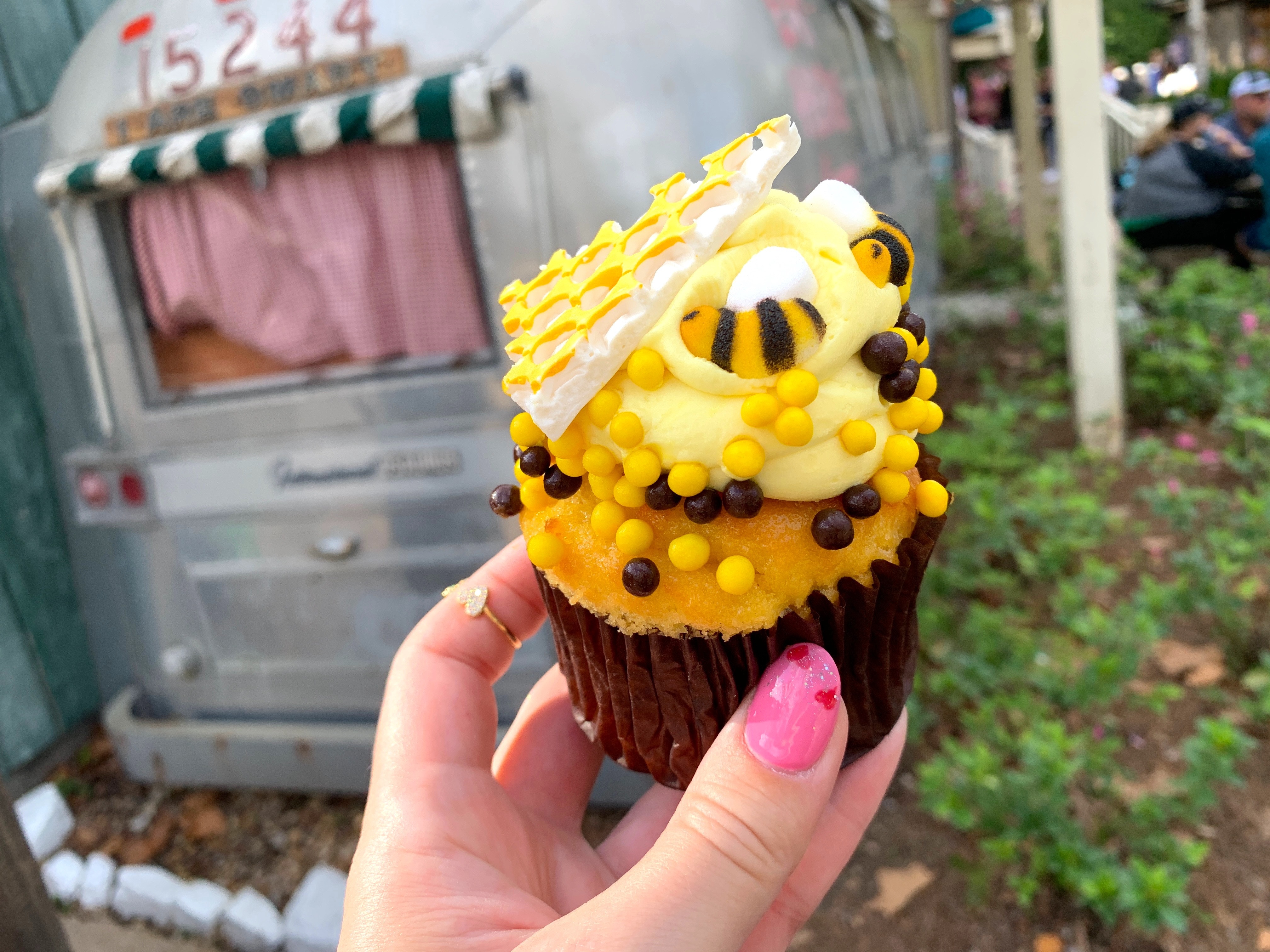 It’s a pretty cupcake (and would certainly appeal to Winnie the Pooh). 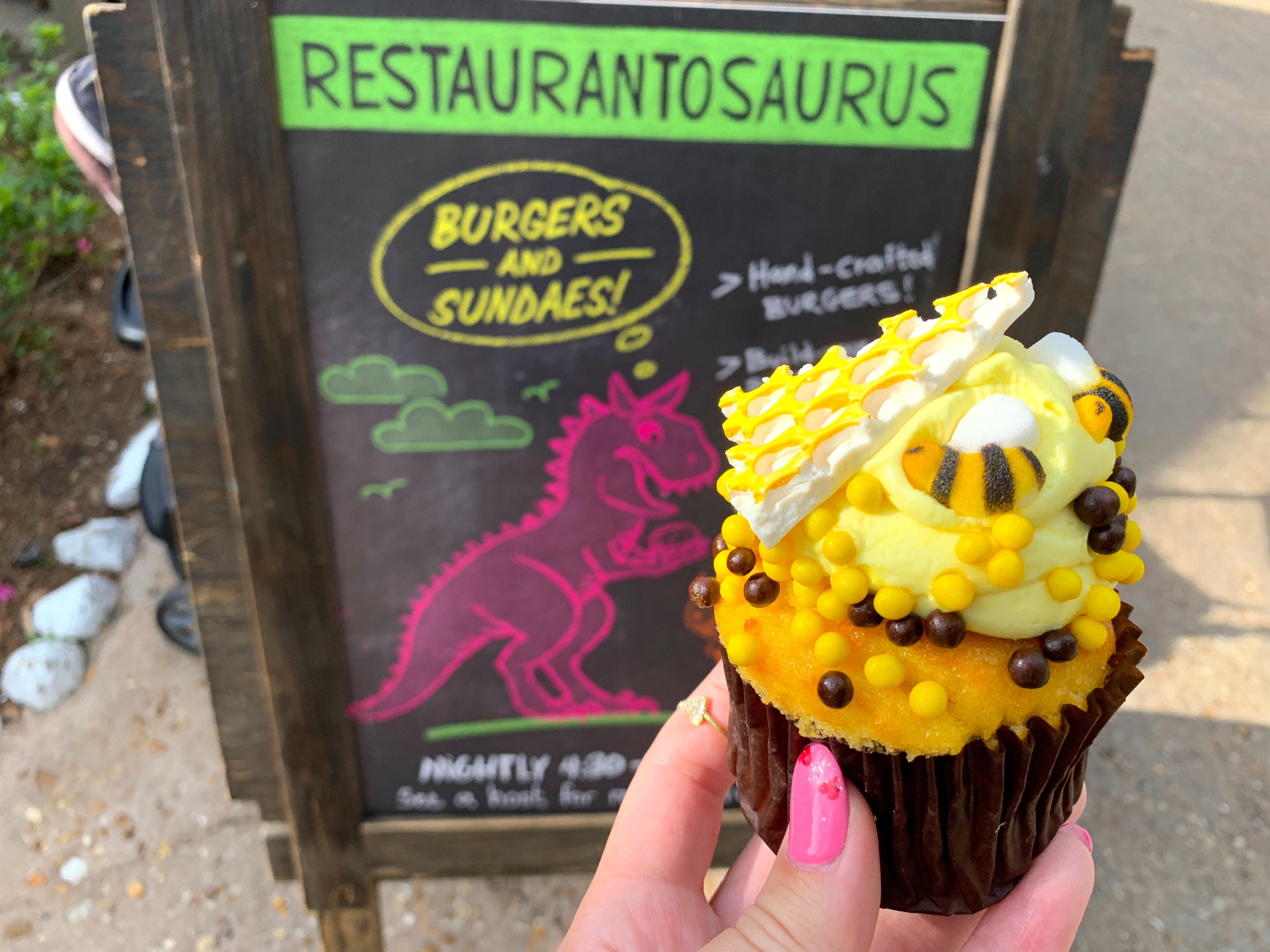 The 3-D effect of the white chocolate honeycomb is pretty cool. This is definitely an Instagrammable cupcake. In case you were wondering, the round things are crunchy chocolate pearls. So we know it looks nice, but how does it taste? Let’s find out! Going in, our expectation were mixed. The bee cupcake at Disneyland’s Hungry Bear Restaurant was amazing, but we’ve found that cupcakes at Disney’s Animal Kingdom aren’t usually the best you can find. 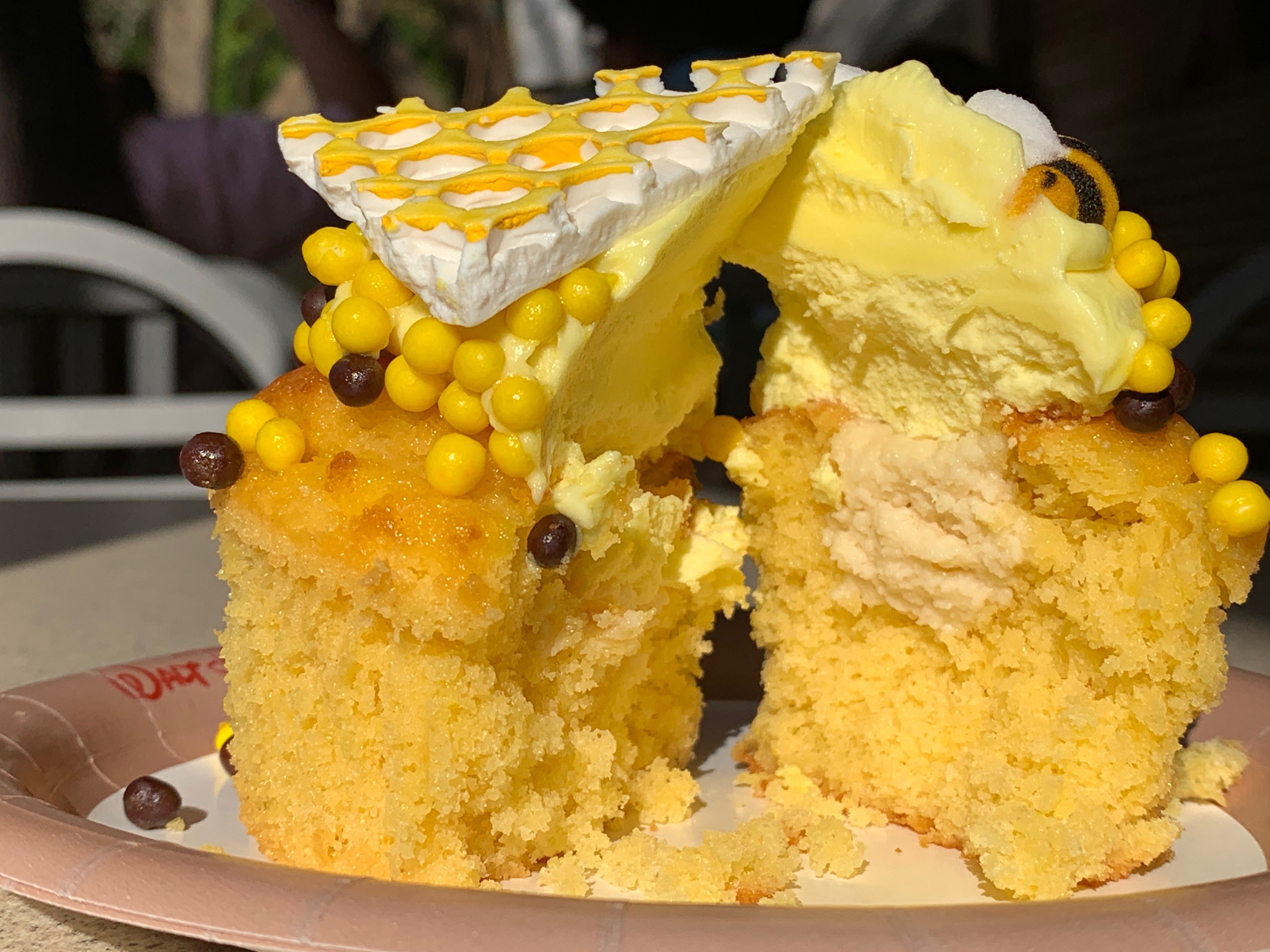 That being said, this cupcake was good. Not great, but good. 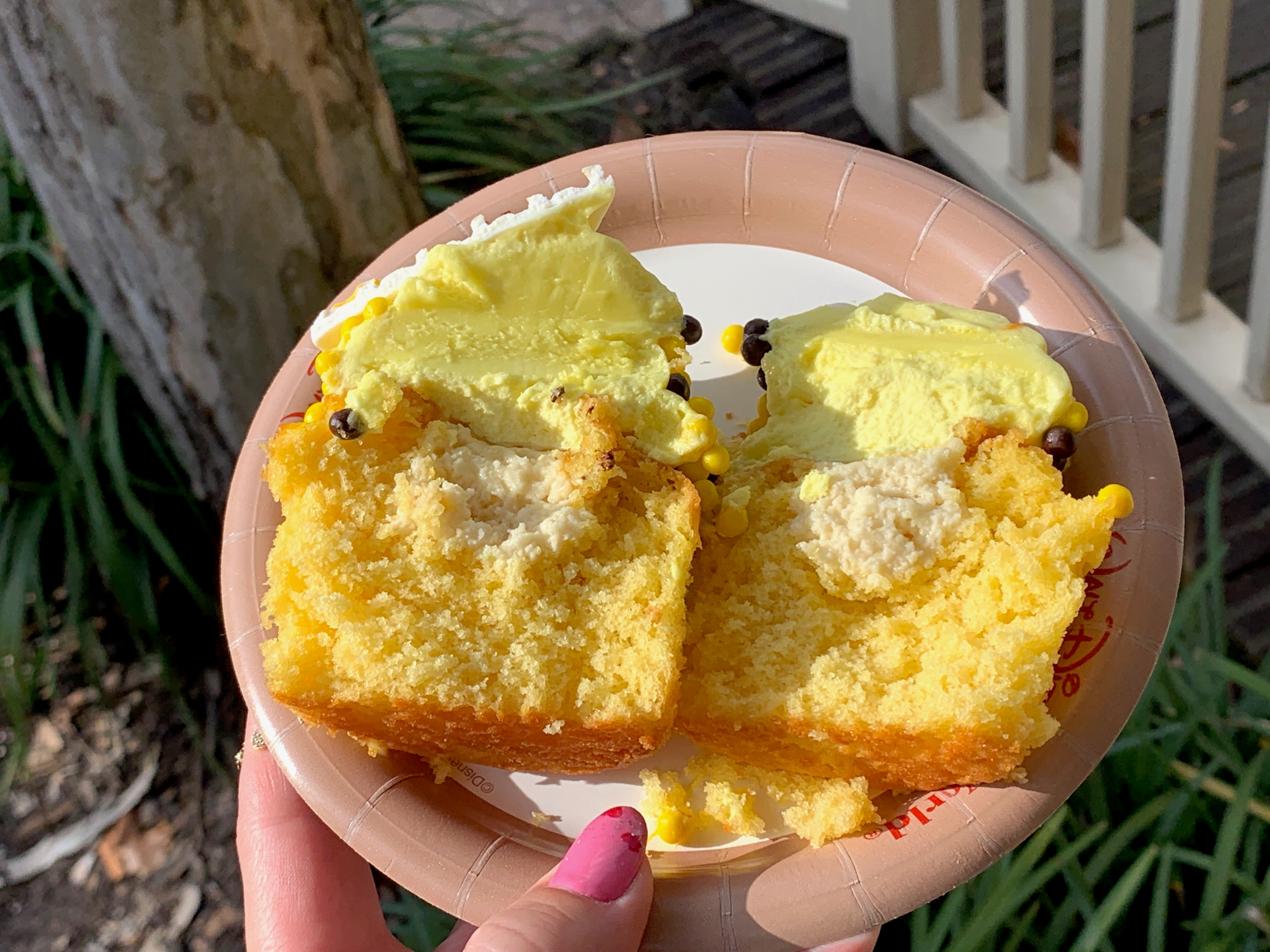 The cake itself had a muted orange taste, which wasn’t in-your-face. Texture-wise, it was moist, which is great for a cupcake. 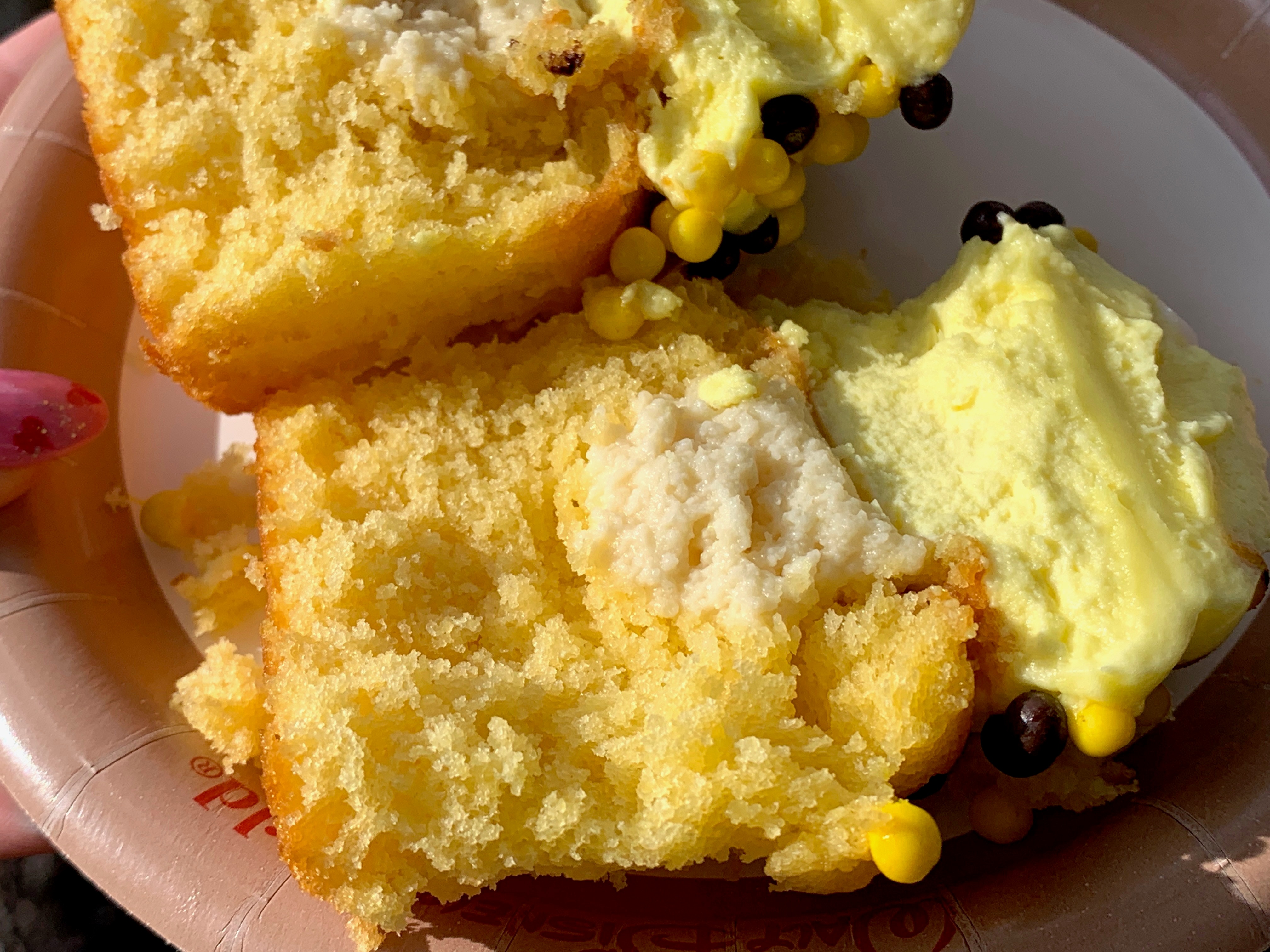 We thought the filling was the best part. It’s an understated honey custard, which complimented the orange flavor of the cake. Both were subtle, which we liked. 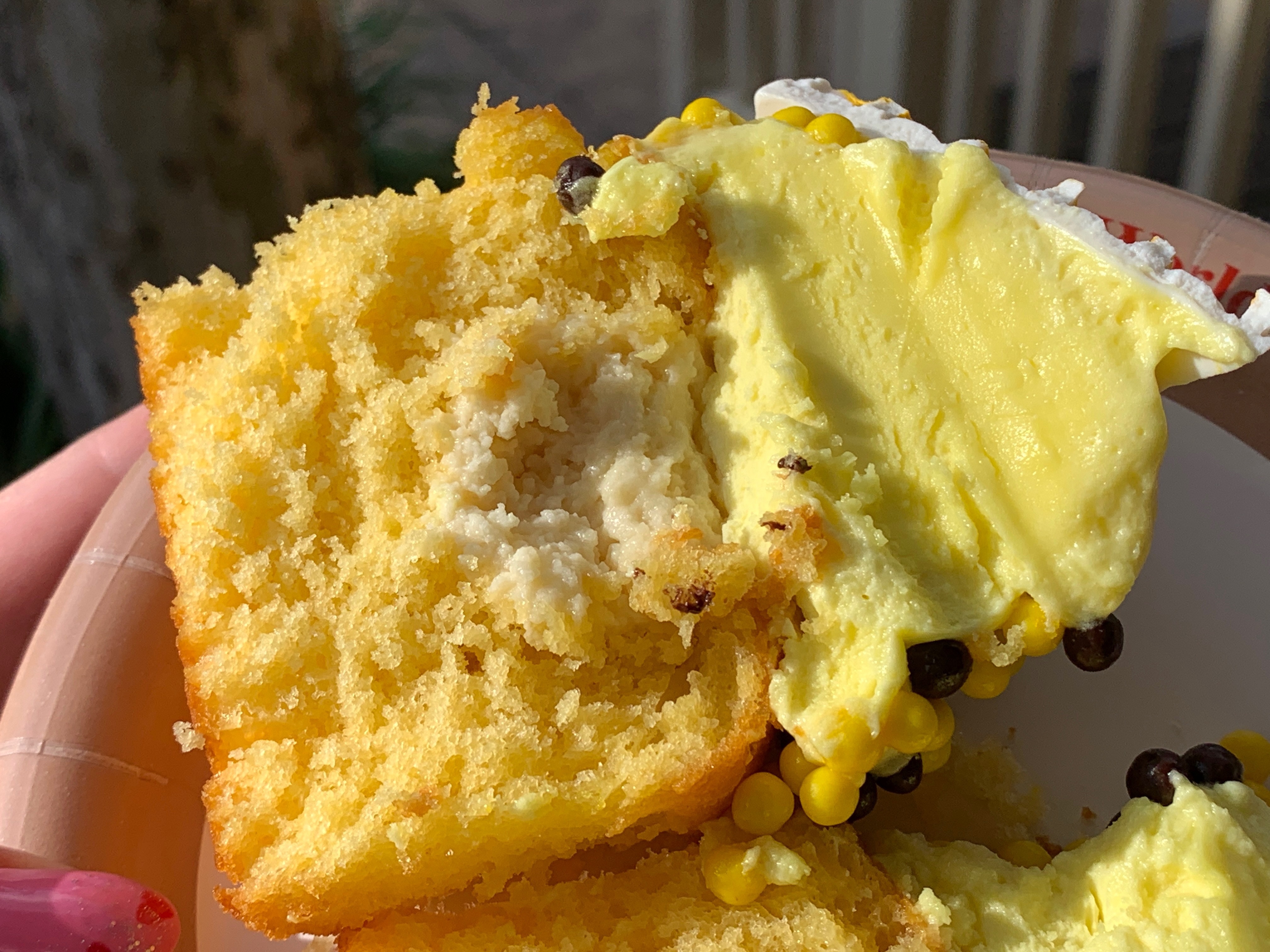 On the other hand, the frosting was just buttercream and it was way too sweet. It’s the typical Walt Disney World sugar explosion you get with most of the cupcakes. There was just way too much sweetness to enjoy it. Our advice is to take the top off the cupcake and enjoy the cake and filling. 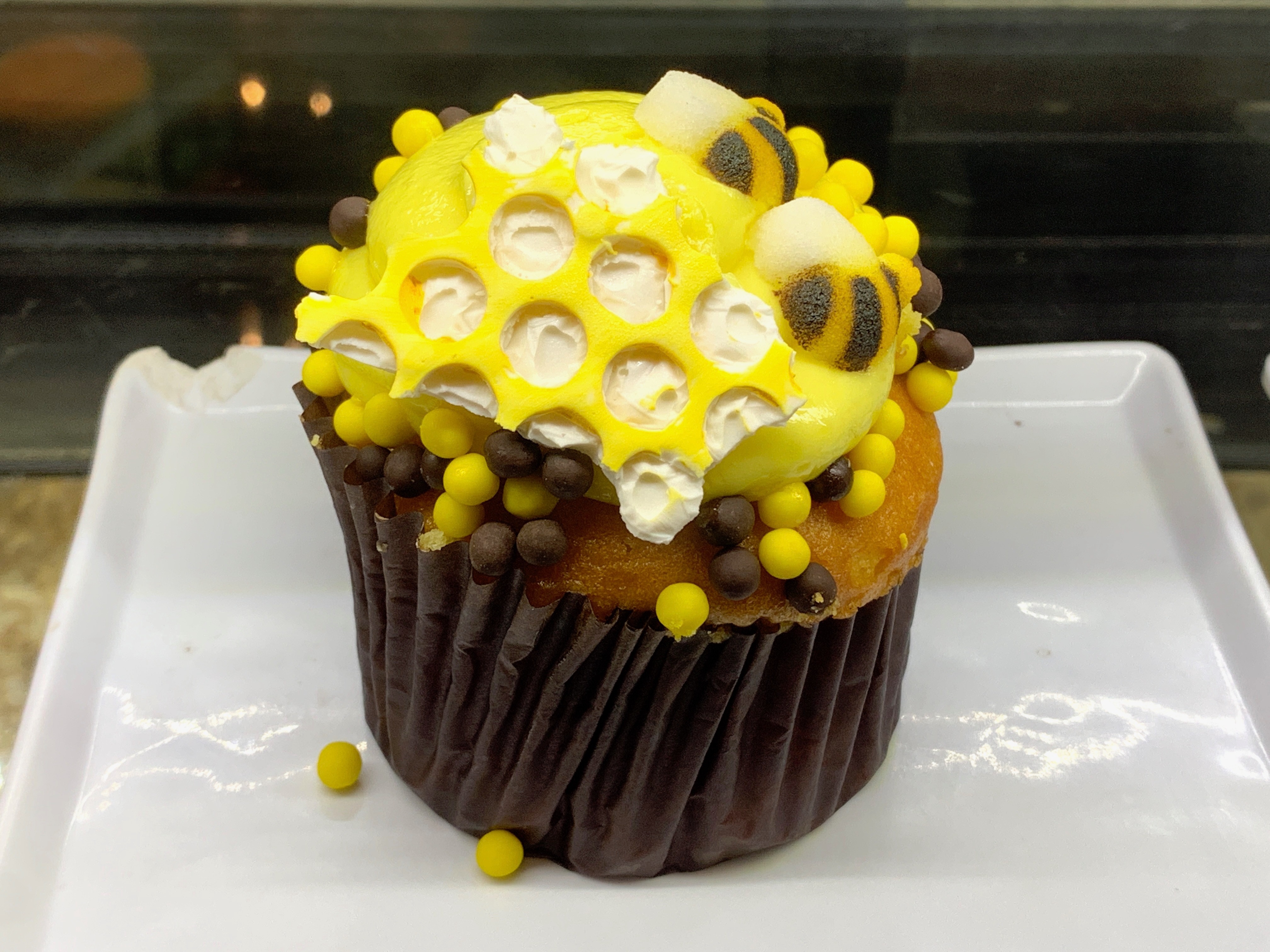 The white chocolate honeycomb was way too sweet, to the point that we couldn’t eat it after a bite or two. There’s no honey flavor, just pure confectioners sugar. The bees are just sugar cupcake decorations. Overall, there’s great potential here. It was good for an Animal Kingdom cupcake, but the buttercream frosting on top was overwhelming. Kids are likely to enjoy this, seeing how sugary it the top can be. The cupcake sells for $5.99. Guests can pick one up through March 14 at Creature Comforts or Restaurantosaurus.

Keep reading WDWNT for reviews of all the specialty treats showing up around Walt Disney World!

Next
REVIEW: Every Refreshingly Patriotic Specialty Beverage from the Walk-Up Bar at Regal Eagle Smokehouse: Craft Drafts & Barbecue at EPCOT