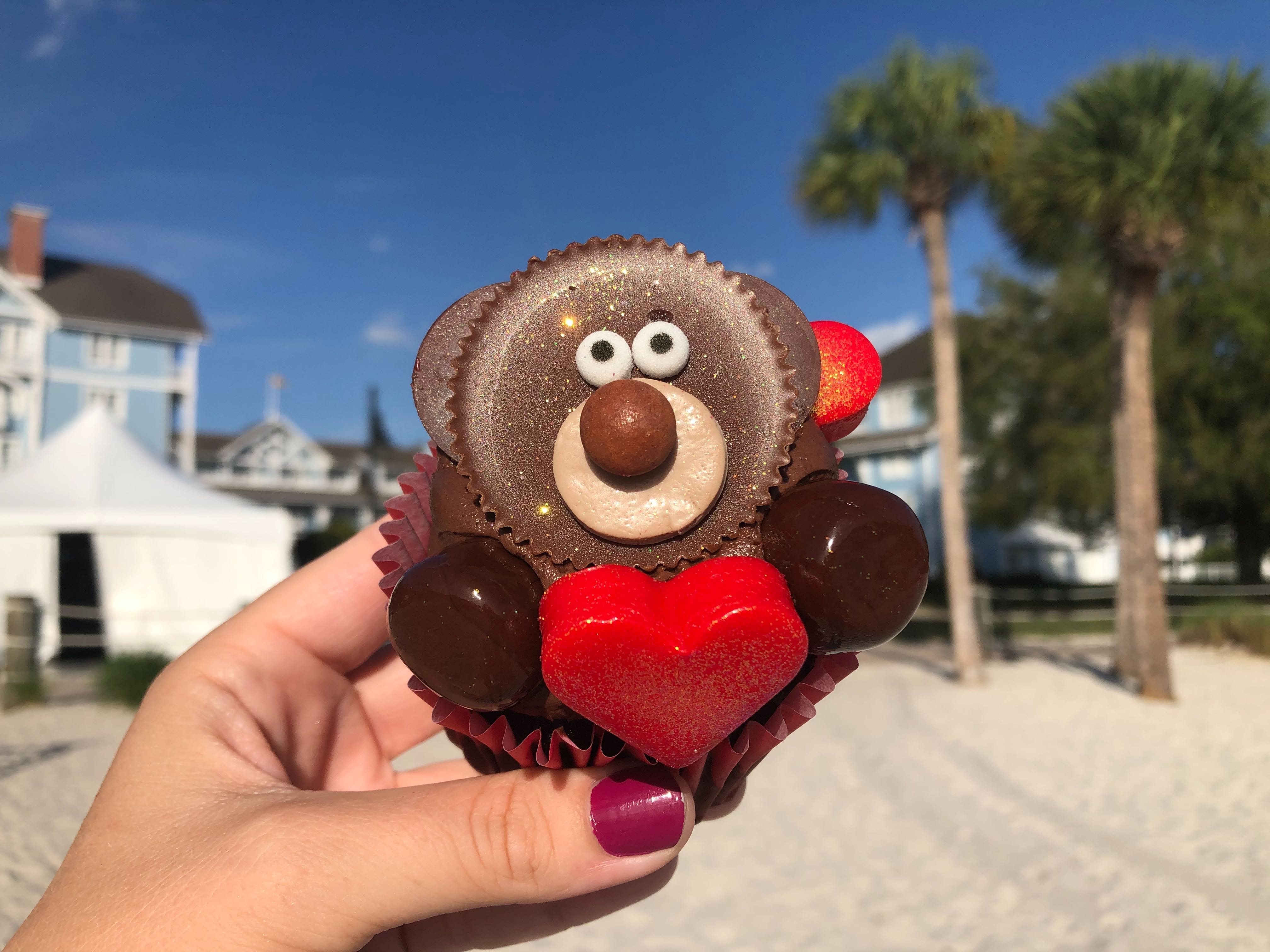 With Valentine’s Day nearly here, Disney’s Beach Club Resort has an offering that is, bear with me, unbearably cute: the Sweetheart Bear Cupcake! 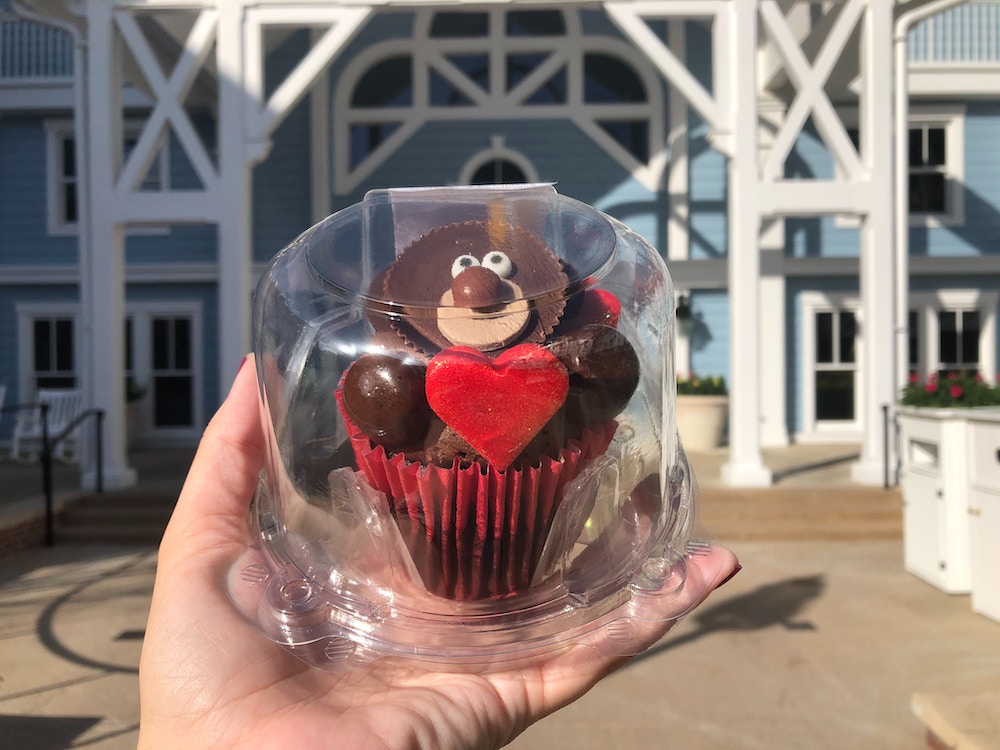 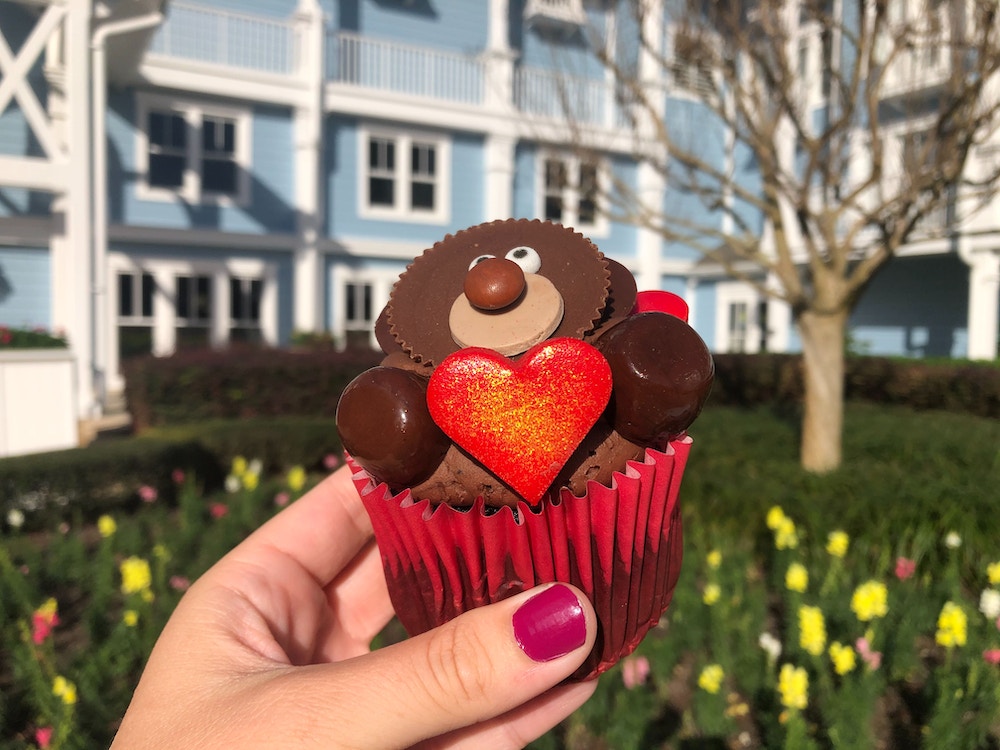 This cutie pie cupcake consists of a decadent chocolate base topped with chocolate frosting and filled with peanut butter cream. 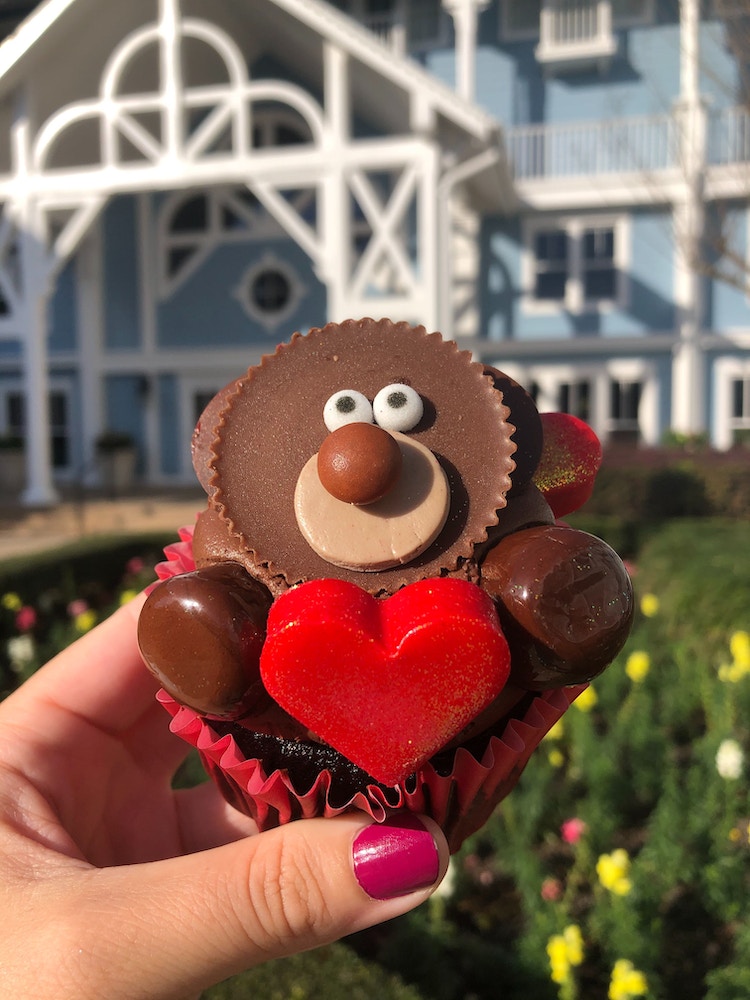 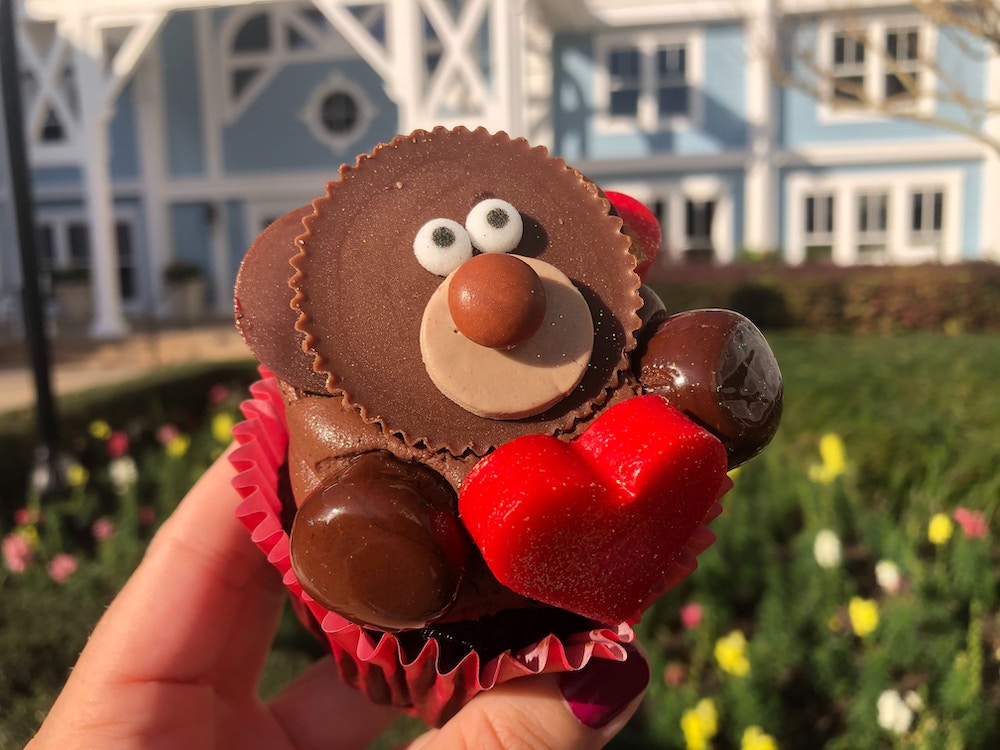 To make the bear decoration, several candies are used. The paws are made of chewy chocolate candies, similar to Tootsie Rolls, which we thought were pretty good. They’re very chewy, so if you’re not a fan of chewy candies, be warned. 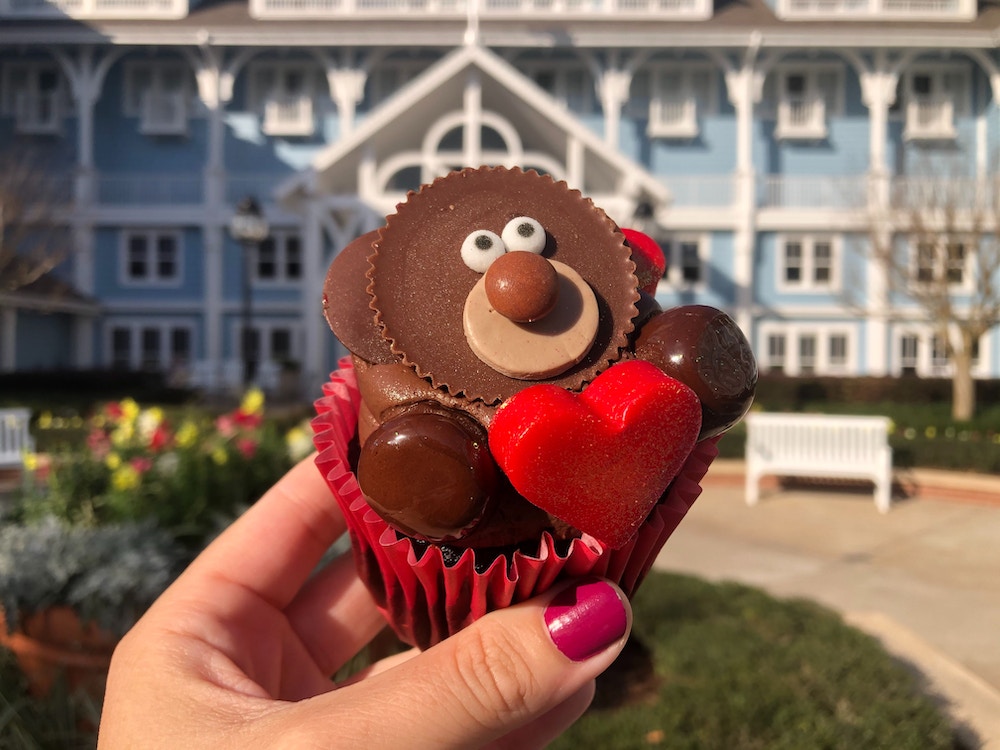 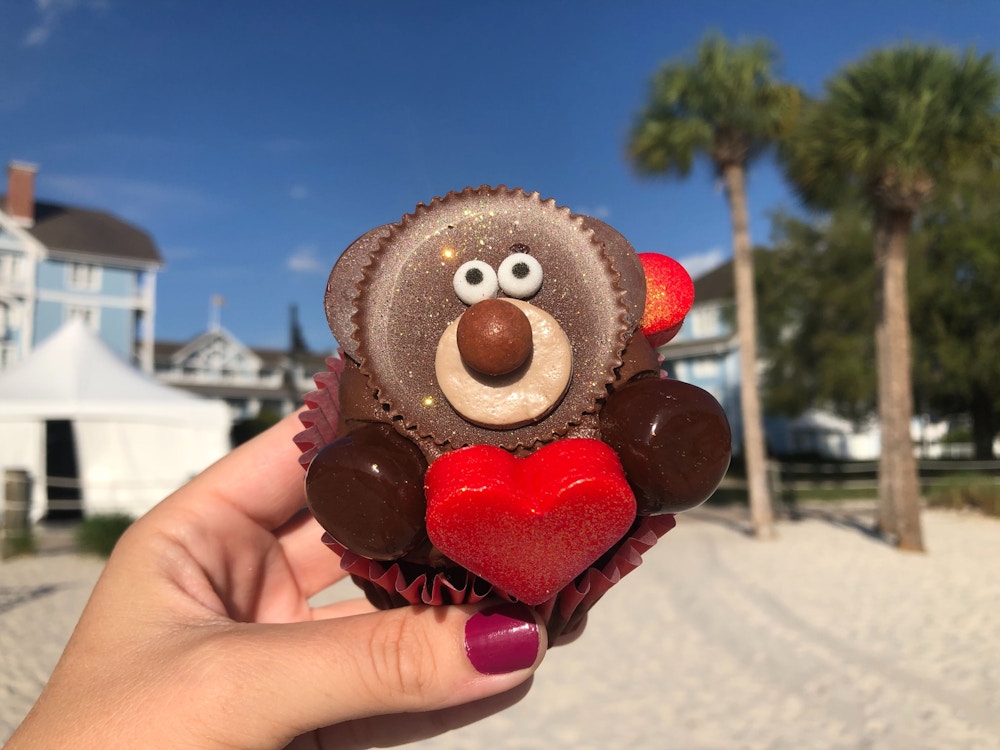 The hearts in front and behind of the bear head taste like fondant, and are covered in edible glitter. They aren’t quite as chewy, and the fondant tasted slightly like marshmallow candy, like circus peanuts. We weren’t a fan of them, to be honest. 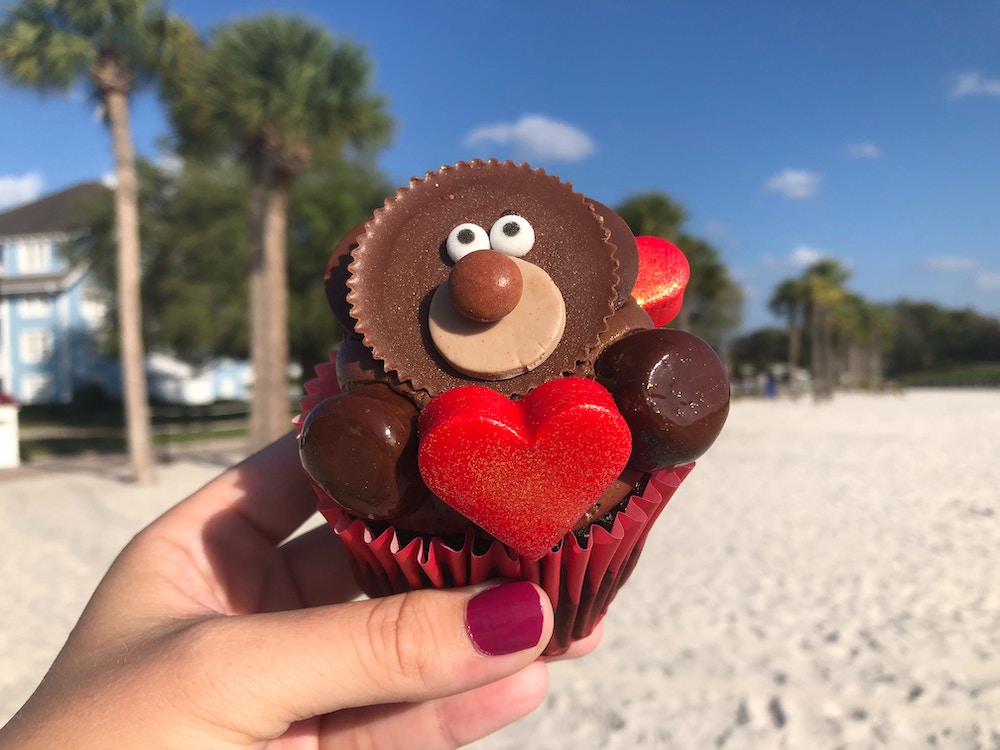 The face is a Reese’s Peanut Butter Cup with a Peanut Butter M&M for the nose. The eyes are made of sugar candy, with other parts of the face made from fondant and chocolate discs for ears. 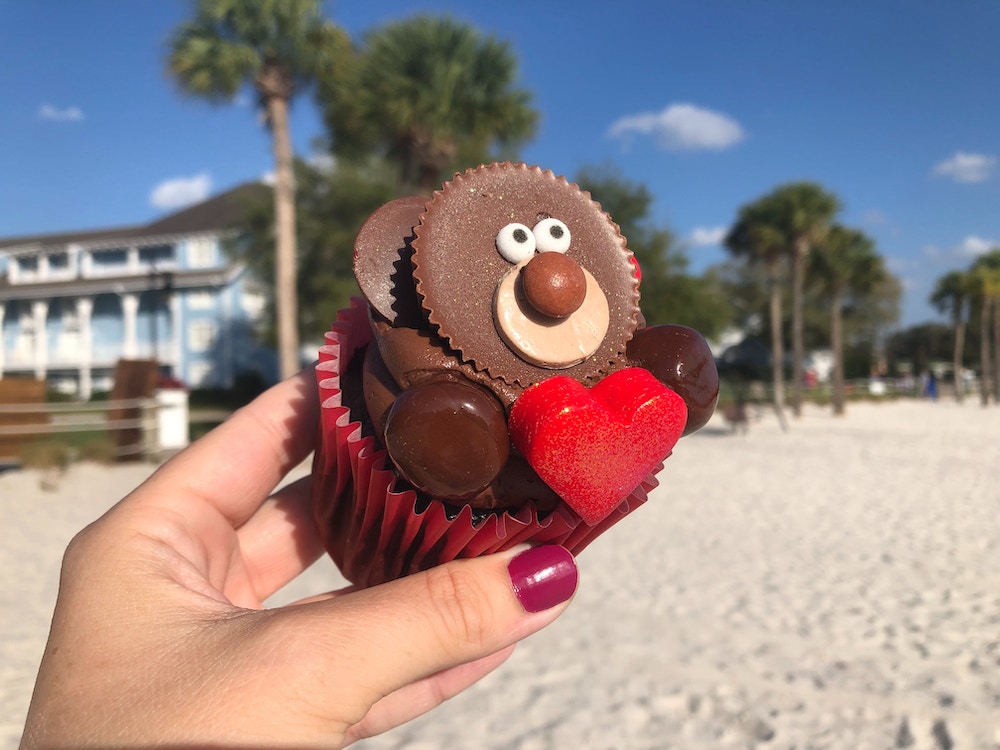 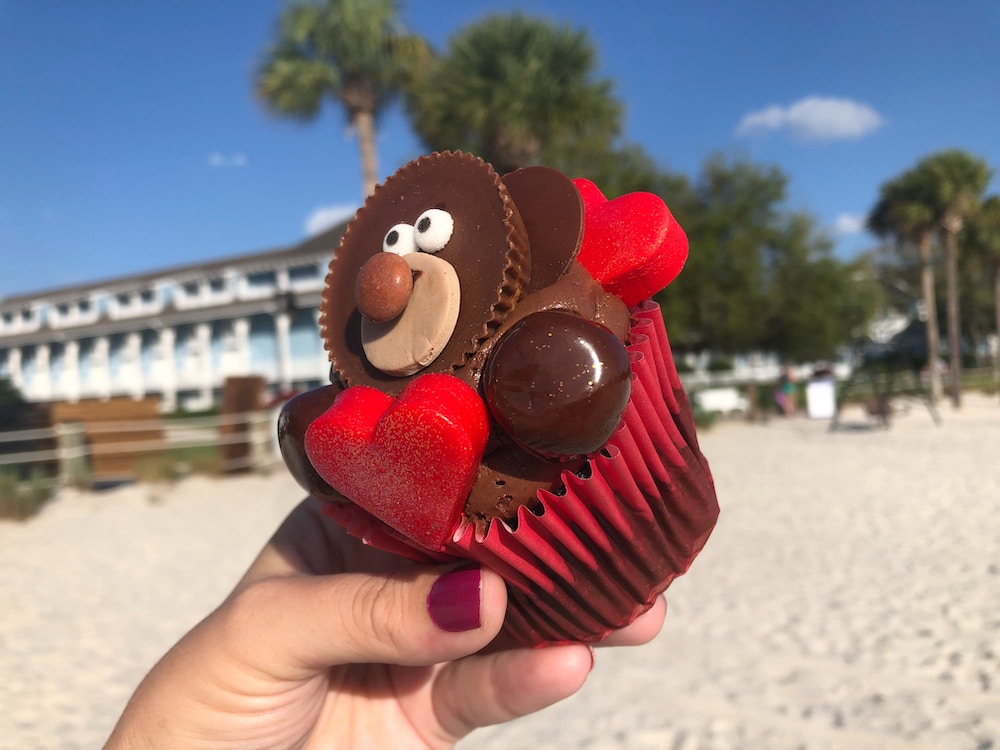 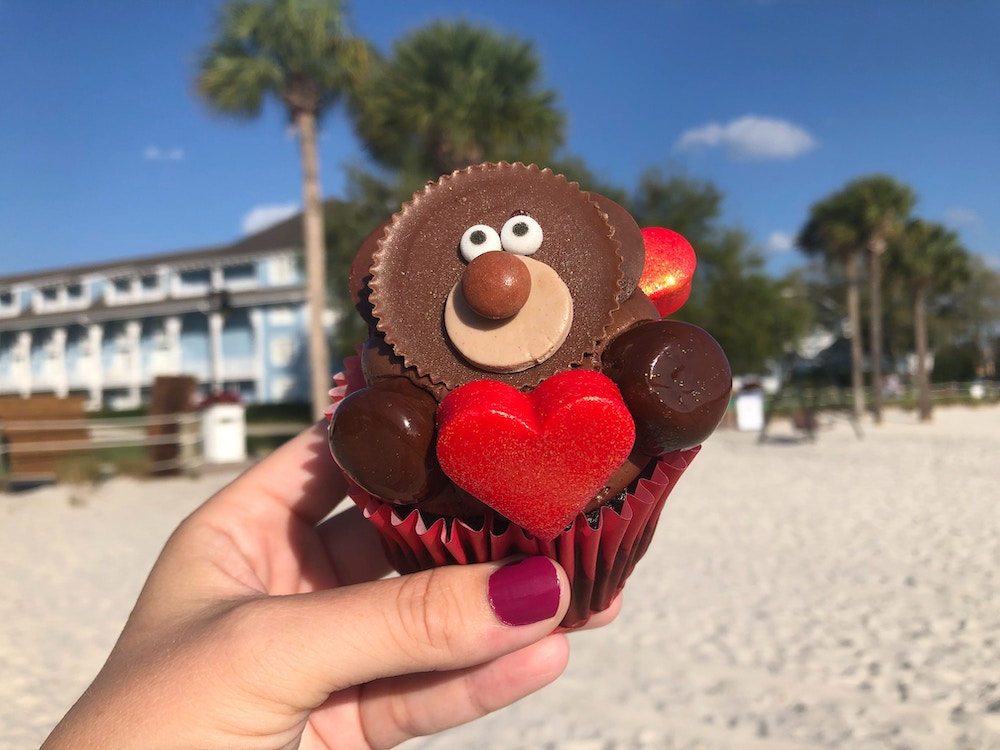 The cupcake comes from a refrigerated bakery case so the frosting was a little bit frozen at first, but the Florida sun will help thaw it out quickly. 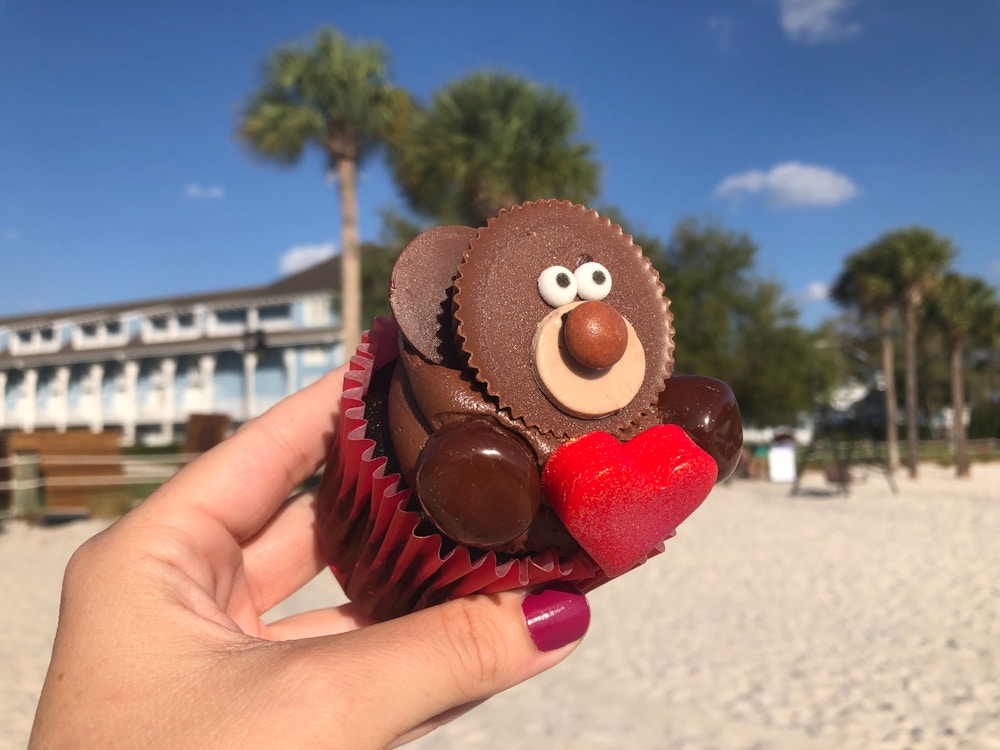 It also takes an adorable picture! 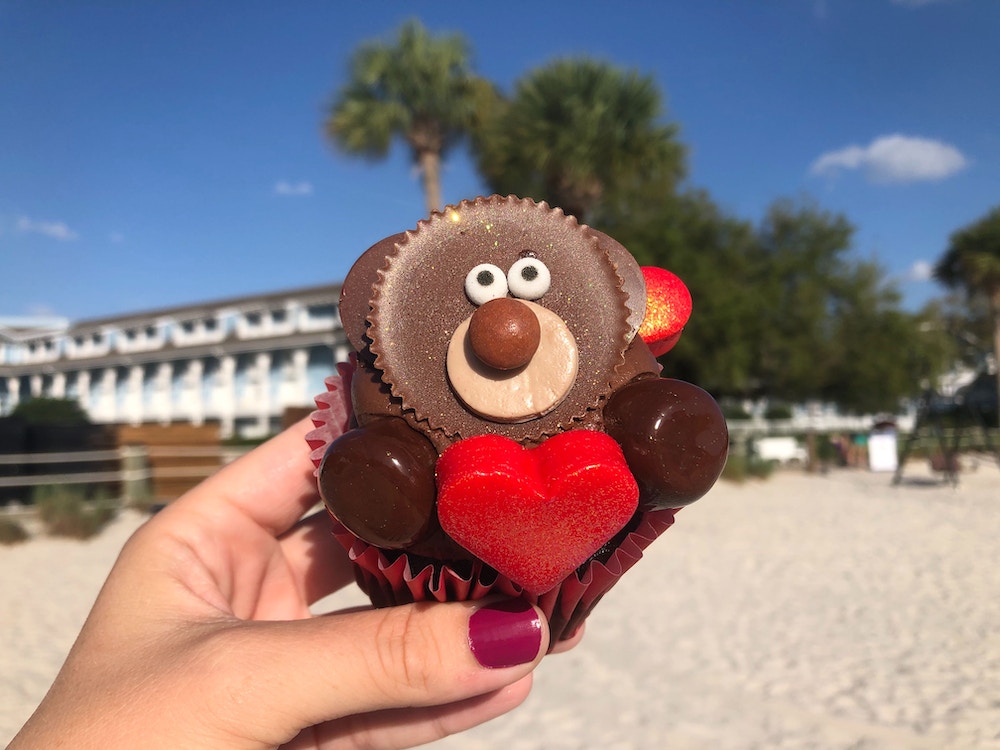 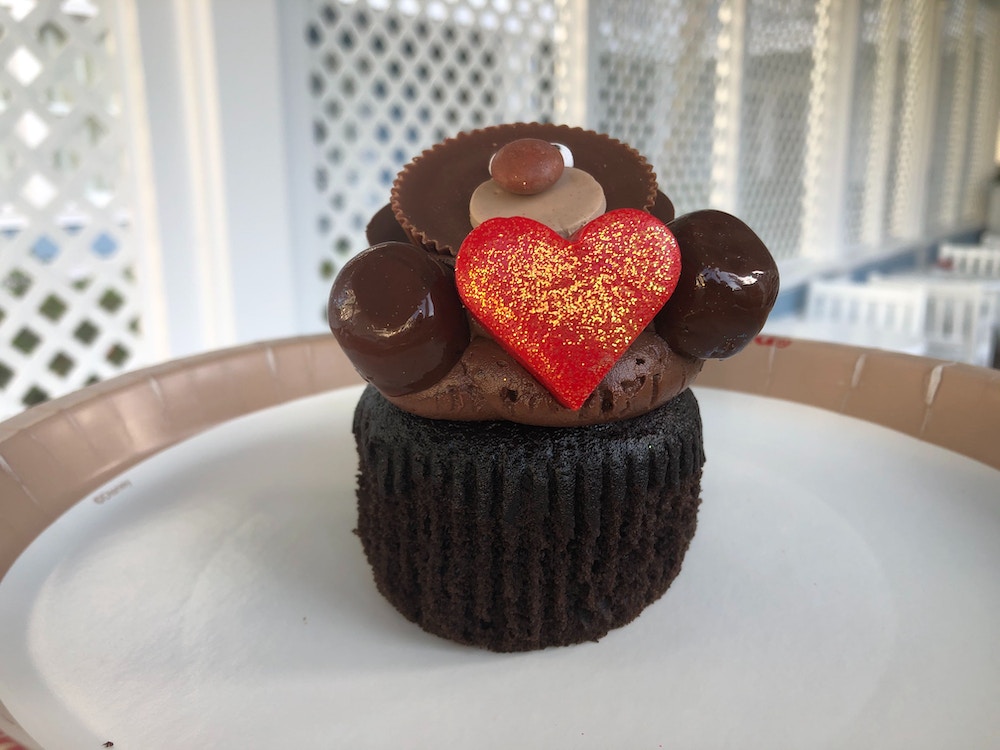 Now, as painful as it is, in order to truly review this thing, we’re going to have to cut it open. Journalism demands it, and thankfully, the bear was appreciative of our situation. 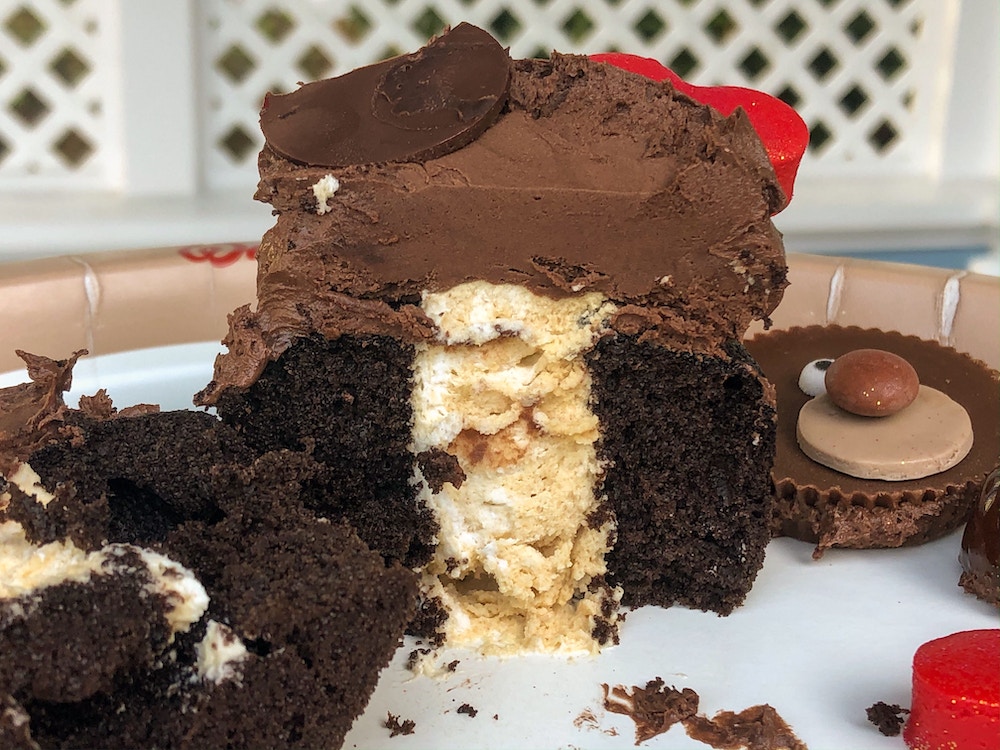 We absolutely loved this cake. The filling has an excellent peanut butter taste, which was almost like a peanut butter pie filling. 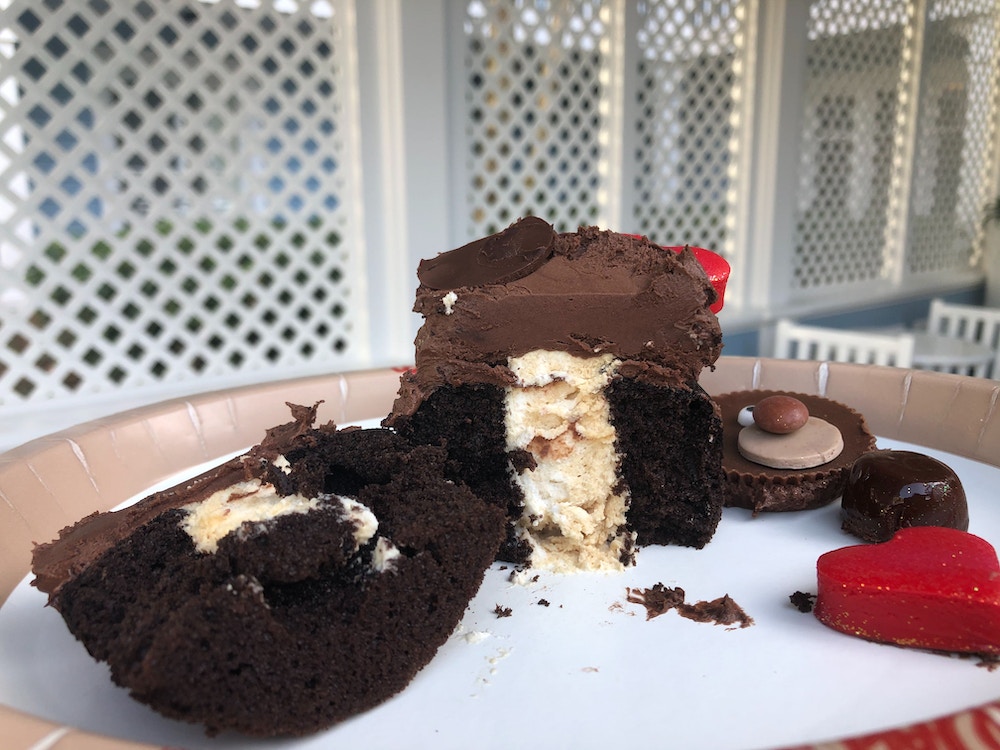 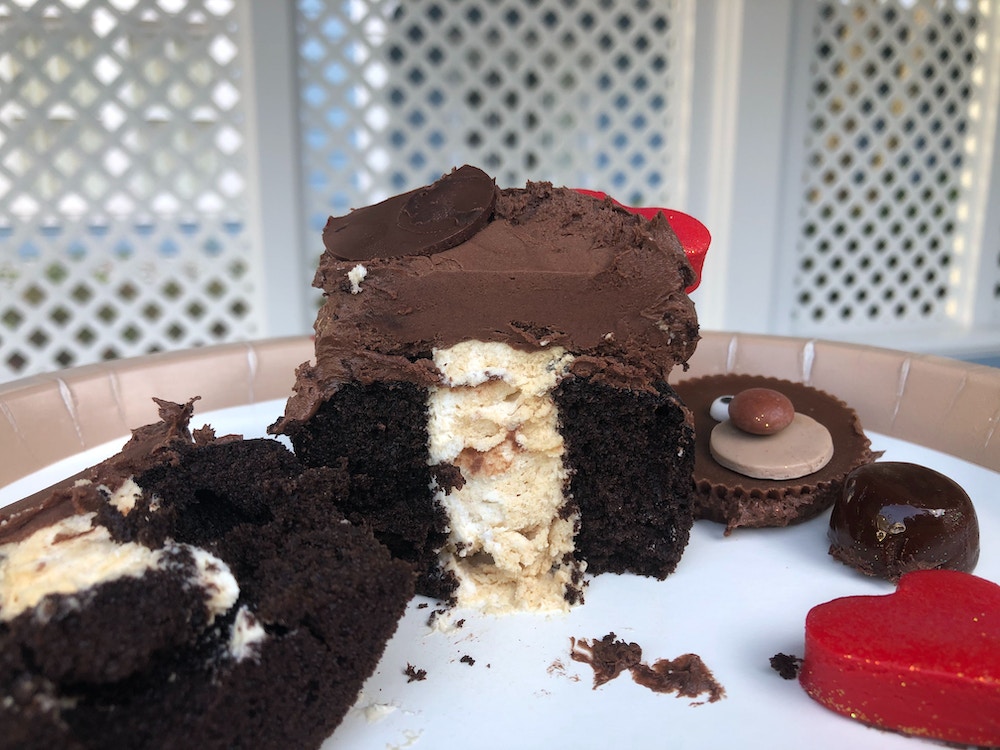 This is a must have for any peanut butter/chocolate fan! The cupcake sells for $5.99, and it can be found at Beach Club Marketplace. Thanks for bearing with us to the bare end!

Keep reading WDWNT for reviews of Valentine’s Day offerings all around the Walt Disney World Resort!

Previous
PHOTO REPORT: EPCOT 2/13/20 (Eats at the EPCOT Experience, New Signage Around the Park, Merchandise in the United Kingom, and More)

Next
PHOTOS: Cheers to a Whole New Line of Merchandise at EPCOT’S United Kingdom Pavilion