UPDATE: While these sporks are on the online menus for Docking Bay 7 at Disney’s Hollywood Studios, as of 12:00 PM, our reporters are stating that the restaurant currently does not have them in stock. Cast Members stated that the sporks would go on sale “soon”.

Originally discontinued from Docking Bay 7 Food and Cargo locations in Star Wars: Galaxy’s Edge at both Disneyland and Disney’s Hollywood Studios, the infamous space sporks are back, and now they’re on sale to the public. 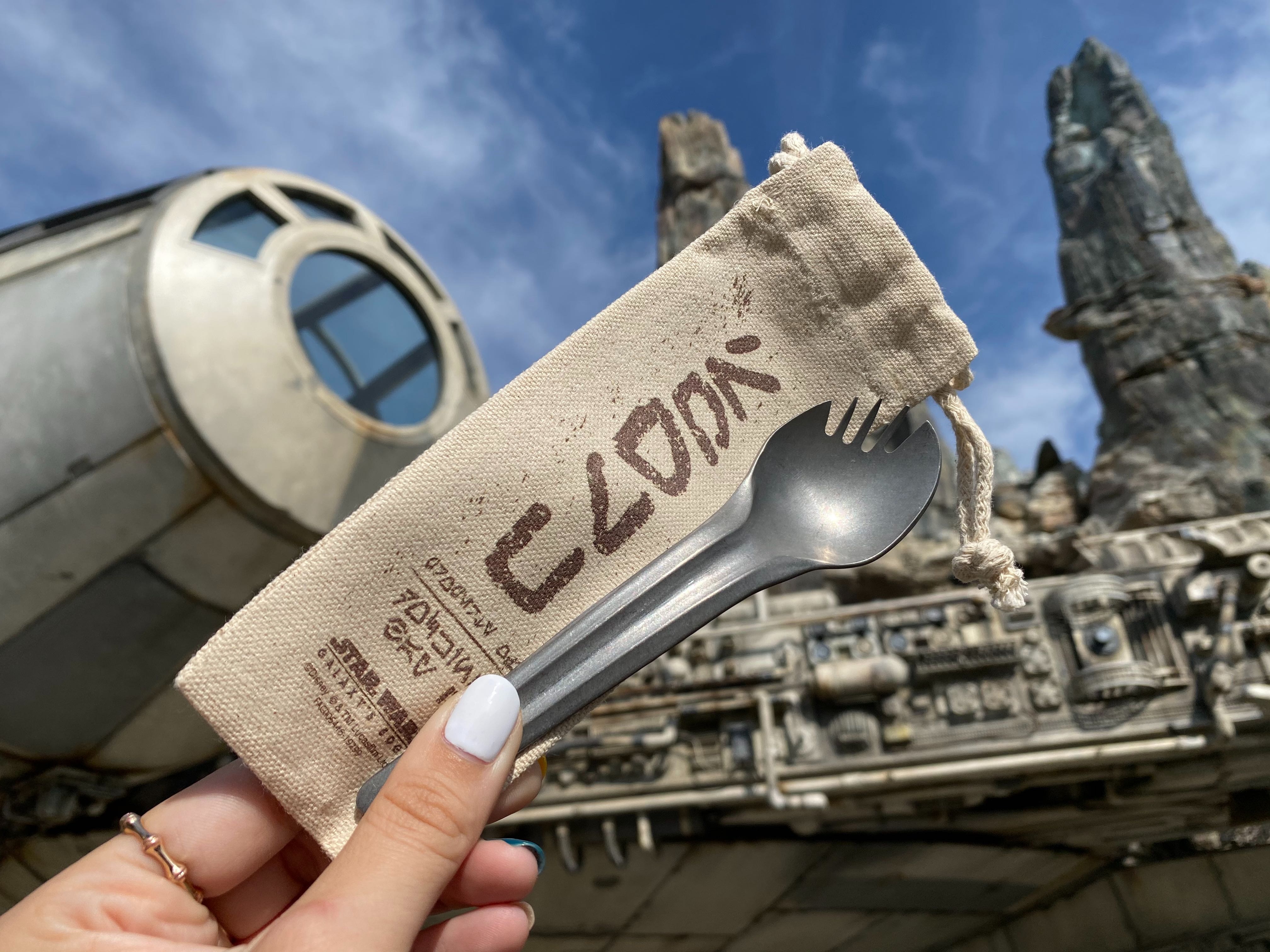 Guests no longer have to pull a Hondo Ohnaka and pirate these precious pieces of cutlery, as they’re now available for purchase at Docking Bay 7.

The sporks are currently listed under a new “Cargo” section of Docking Bay 7’s menu. They retail for $10.99 and come with a travel bag.

These sporks first arrived at Disneyland, but they are now available at Disney’s Hollywood Studios.

Next
PHOTOS: Circus Themed Carpet Replaced With Generic Grey After Flood at Big Top Souvenirs in the Magic Kingdom