As the Coronavirus (COVID-19) pandemic keeps the Disney Parks closed, we’re creating a list of films and television shows on Disney+ that we feel remind us of the parks we love, and today, we’re taking a cinematic tour through EPCOT! 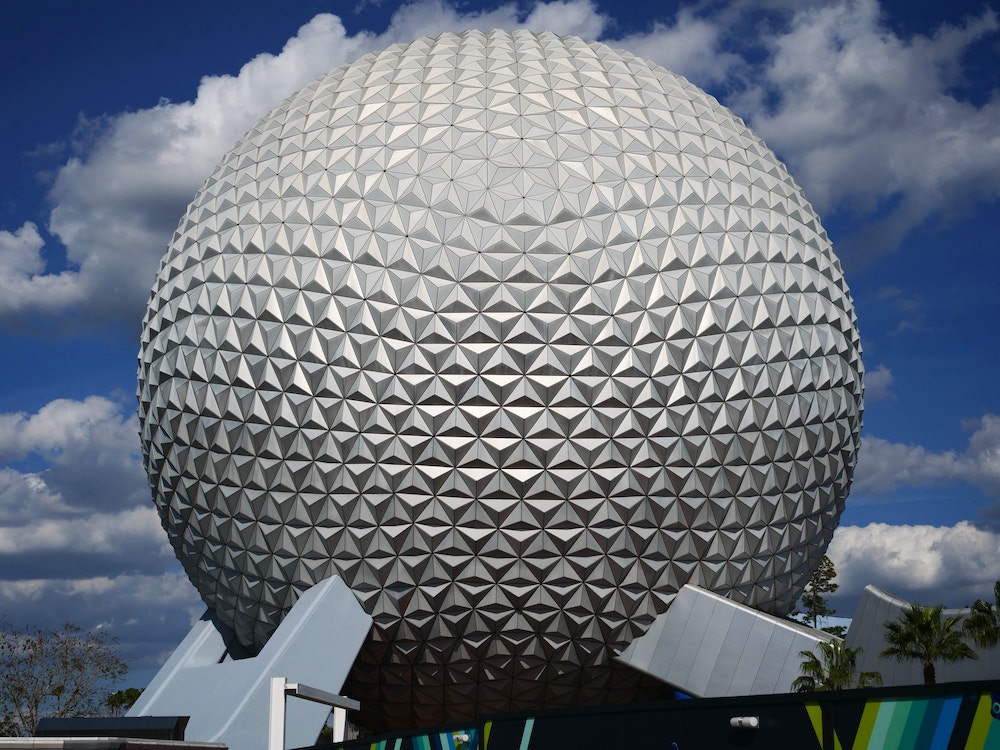 What is it about EPCOT that makes it so special? Is it the fact that it celebrates the real world or that it features a fantastic world made real? Keeping in mind that EPCOT is very much a park in transition, I’ve tried to blend a mix of the fantastic and the real, as well as elements from the park’s past, present and future that show off the spirit of the park.

Naturally, each of these parks is covered in the Disney+ Original Series “The Imagineering Story.” If you want to see some of the stories behind the creation of EPCOT, be sure to check out Episode 2, “What Would Walt Do?” 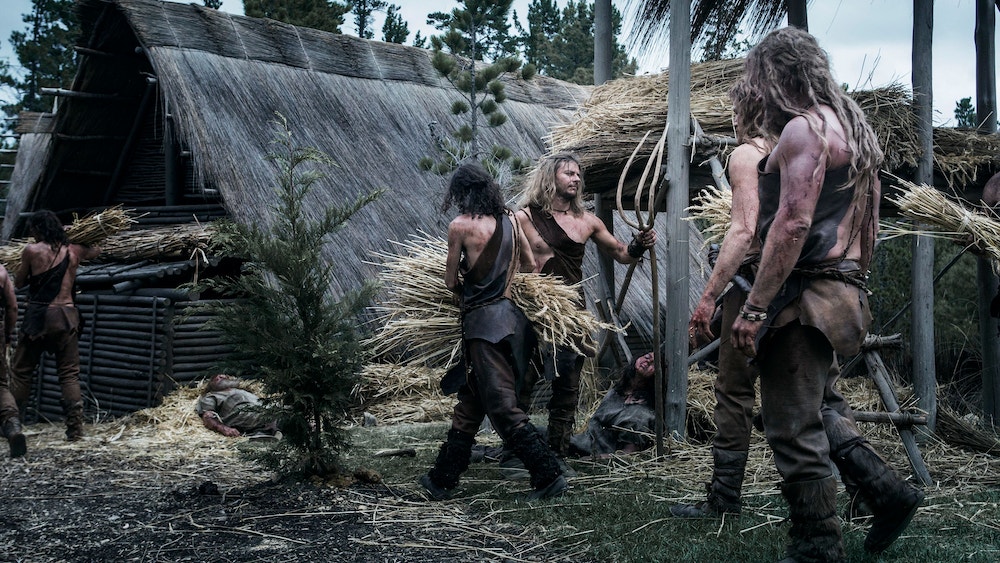 Spaceship Earth takes us through the history of human communication, and by and large, humanity itself. Similarly, the National Geographic series, “Origins: The Journey of Humankind,” tracks human evolution through some of the largest topics we share, like fire, medicine, and yes, communication. So we have where we’ve been covered, what about where we might go? The series “Year Million” predicts what humanity might look like one million years in the future, as technology becomes more advanced and more prevalent in our lives.

The Seas with Nemo and Friends 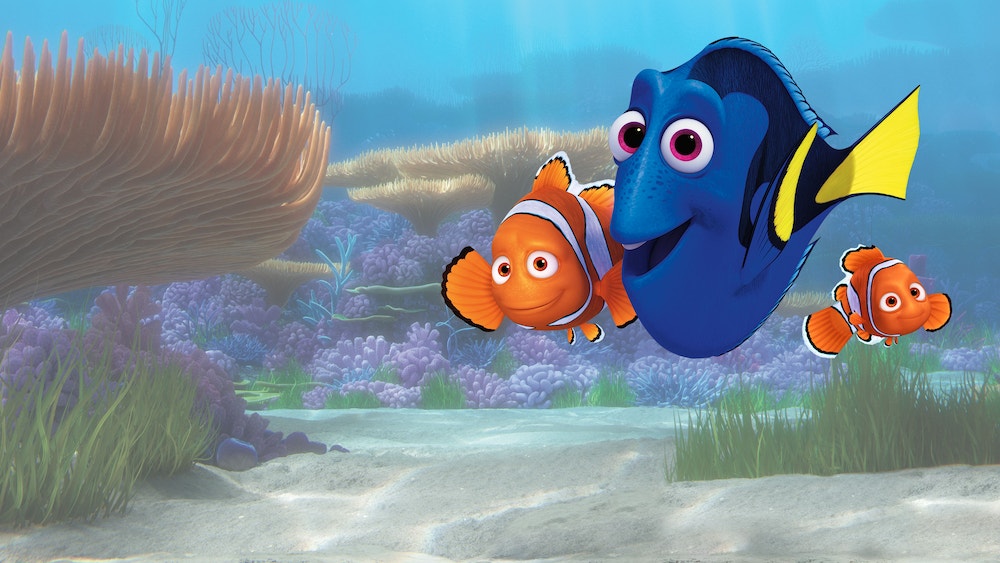 Much like The Seas with Nemo and Friends blend popular characters with education on real-life aquatic animals, we’re offering a mix of fiction and non-fiction. Finding Dory brings Nemo, Dory, and Marlin to a state-of-the-art facility, not unlike the Seabase at EPCOT. Of course, if you’re looking for adventures in our own oceans, try Aliens of the Deep. National Geographic also offers plenty of looks at real-world ocean life, such as Sharks of Lost Island, Journey to Shark Eden, Giants of the Deep Blue, Kingdom of the Blue Whale, and Sea of Hope: America’s Underwater Treasures. And this doesn’t even include the upcoming Dolphin Reef, the first Disneynature film to be released exclusively on Disney+, coming in April. 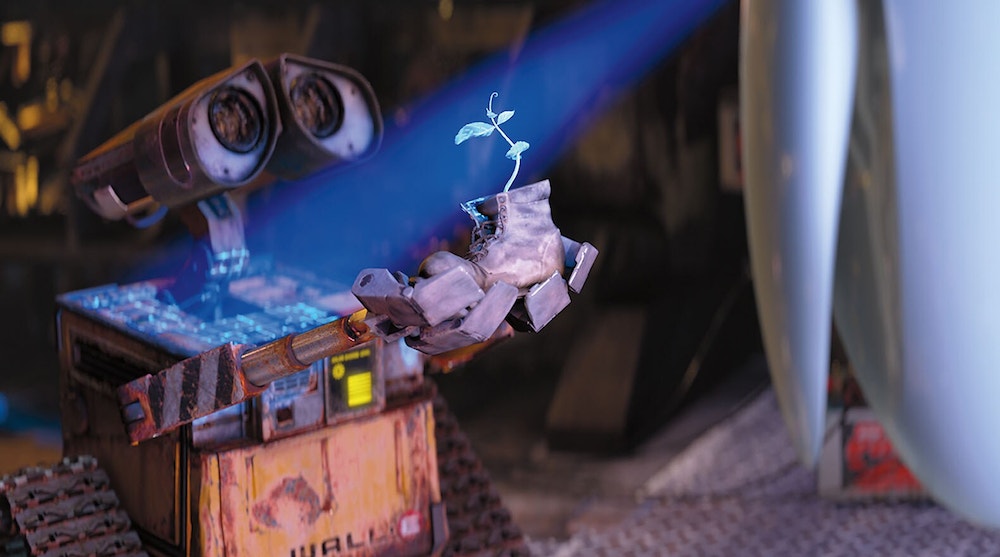 As EPCOT begins to incorporate Disney characters into its experiences, I’ve always felt that if The Land were to get an IP makeover, WALL-E would be a good choice, as it reminds us of how wonderful our world can be and how we need to look after and care for our environment. But after enjoying an animated Earth, try Sacred Planet, Earth Live, or the series “One Strange Rock” for an awe-inspiring look at the real thing. And if it’s soarin’ that inspires you, Flight of the Navigator offers some impressive aerial shots, and it’s set in Florida for that hometown feel. 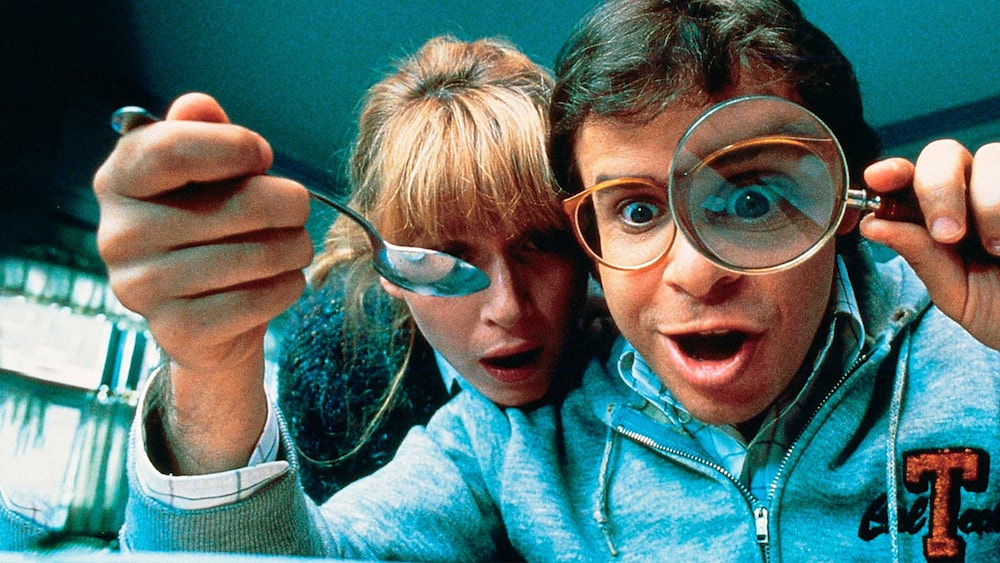 While Dr. Nigel Channing and Figment may be unavailable, you can enjoy the escapades of the Imagination Institute’s previous Inventor of the Year Awards on Disney+. Flash back to Professor Wayne Szalinski’s creation of the shrinking machine in Honey, I Shrunk the Kids, and enjoy the Szalinski family’s further adventures in Honey, I Blew Up the Kid and Honey, We Shrunk Ourselves. Of course, if you prefer your inventions on the bouncier, boogieing side, enjoy Professor Philip Brainard and his absent-minded work in Flubber. (And don’t forget the original version, The Absent-Minded Professor!) Of course, if you’re looking for something short to make up for the Disney & Pixar Short Film Festival, you can enjoy the Pixar shorts that have appeared in the attraction on Disney+, including La Luna, For the Birds, and Piper. No 3-D glasses required! 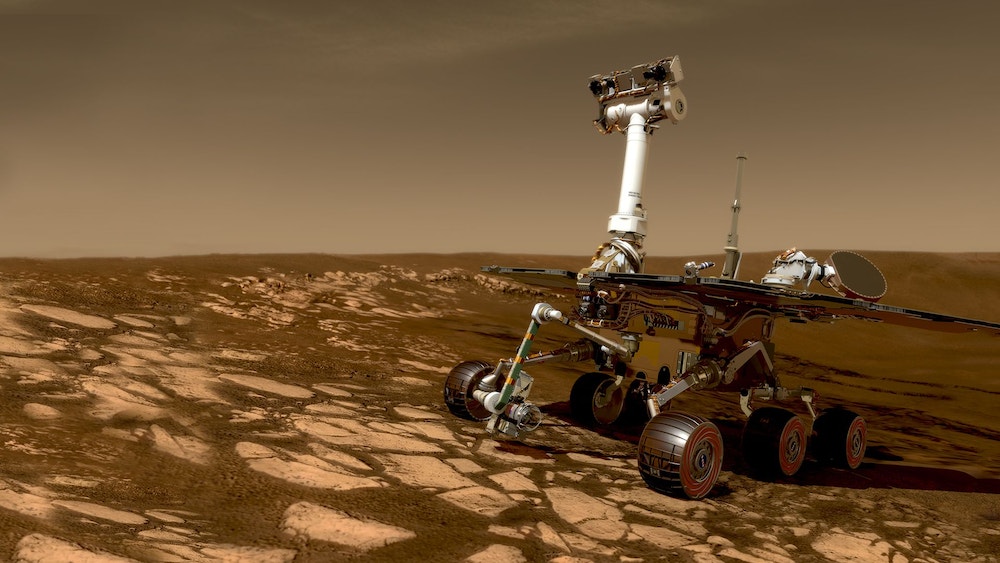 You may not be able to train for the first manned mission to Mars, but you can enjoy actual Mars Exploration Rovers, Spirit and Opportunity, as they first explore the red planet in the film Roving Mars. Or find out what happened to them at the end of their operation in the National Geographic documentary Expedition Mars: Spirit & Opportunity. Of course, if you prefer to see how humans are trying to get to Mars, there’s Mars: Inside SpaceX, which offers a look at Elon Musk’s efforts to finally get humans to set foot on our neighboring planet. Check out Mission to the Sun for a look at the efforts to study our closest star. Or look back on the time when we sent humans to the moon with Apollo: Missions to the Moon. 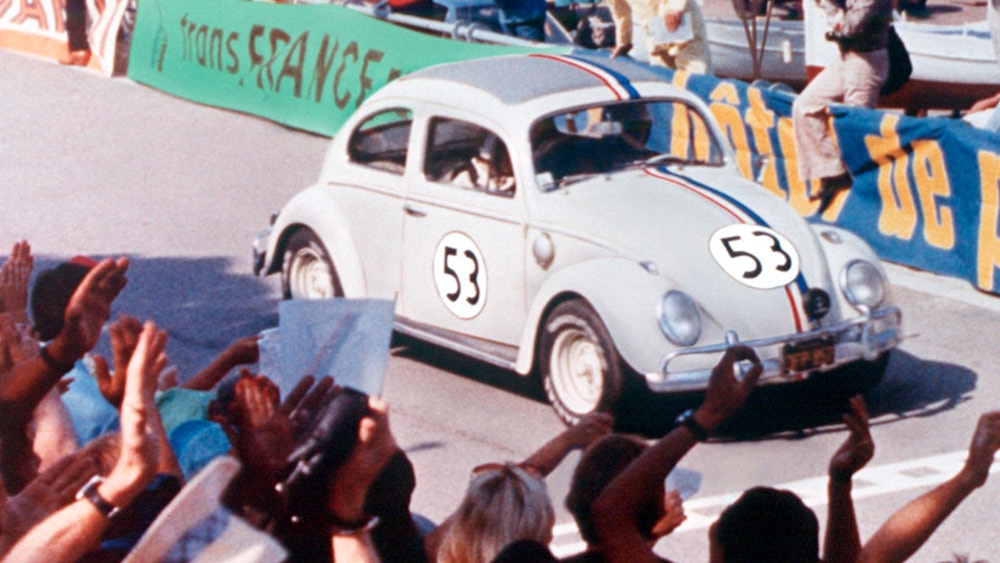 When I think of Disney and cars, there’s three things I think of: Test Track, Lightning McQueen (who we’ll visit when we head to the west coast), and Herbie. Thankfully, Herbie’s theatrical film outings are all on Disney+, including The Love Bug, Herbie Rides Again, Herbie Goes to Monte Carlo, Herbie Goes Bananas, and Herbie: Fully Loaded. There’s an innovative car that takes win, place, and show! Of course, if it’s technology you’re looking for, make a pit stop for the series “Fast Layne,” which features a car that talks! 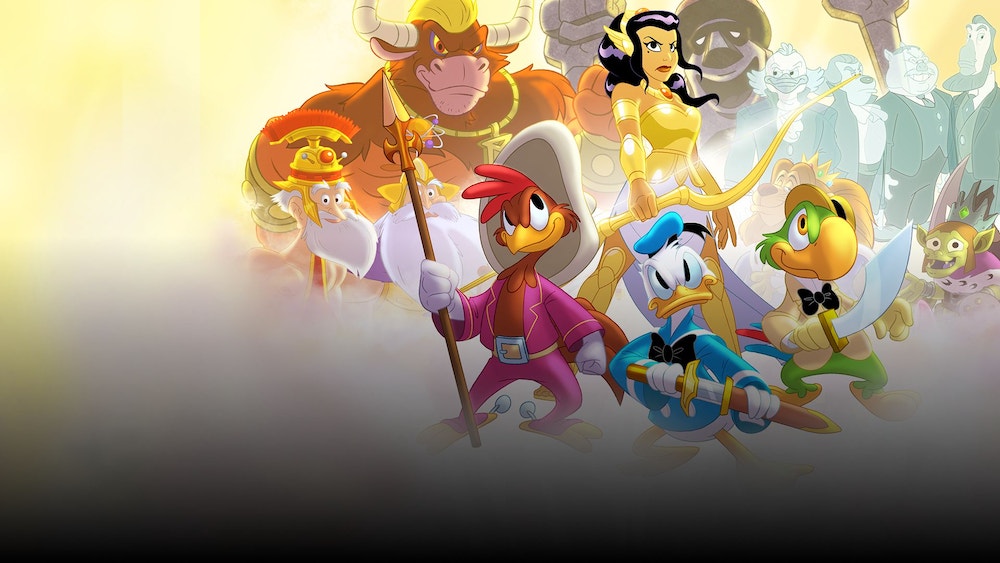 The Mexico Pavilion may be closed, but those three happy chappies, The Three Caballeros, still sing and samba on Disney+. Enjoy Donald Duck, José Carioca, and Panchito in their 1945 film outing, The Three Caballeros, or see Donald and Jose in their first adventure together, Saludos Amigos. Of course, if you want more action and adventure, try the series “Legend of The Three Caballeros.” And if you enjoy Mexican folklore, be sure to check out the recent Disney-Pixar classic, Coco, available on Disney+ in both English and Spanish! 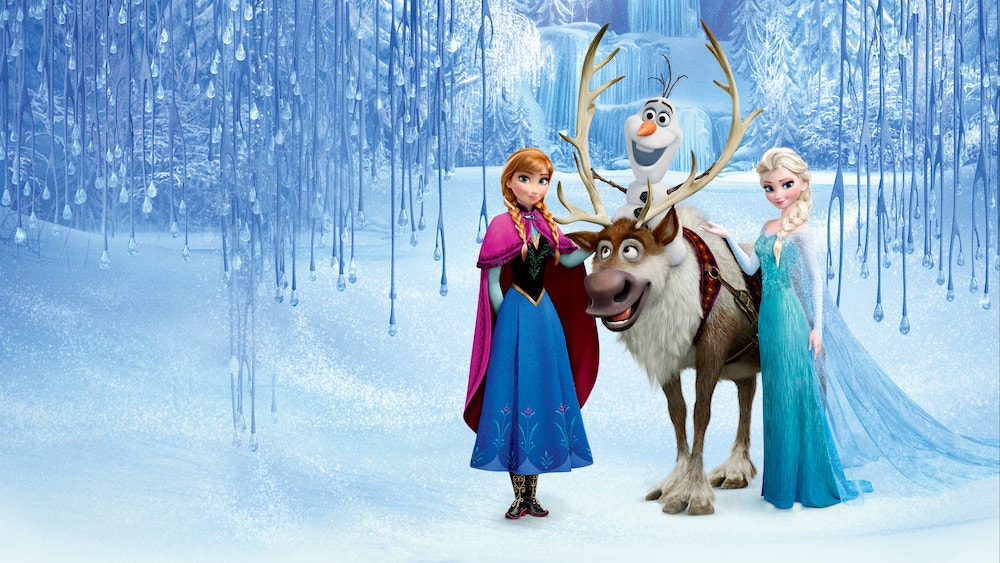 Love it or hate it, Anna and Elsa are in the Norway Pavilion to stay. So why not enjoy the adventures of some magical sisters in Frozen and the recently-released-to-Disney+ Frozen II. And if you’re still looking for more adventures, try bringing the holiday season into your home early (or somewhat late) with the television special “Olaf’s Frozen Adventure,” or enjoy a series of shorts with “LEGO Disney Frozen: Northern Lights.” 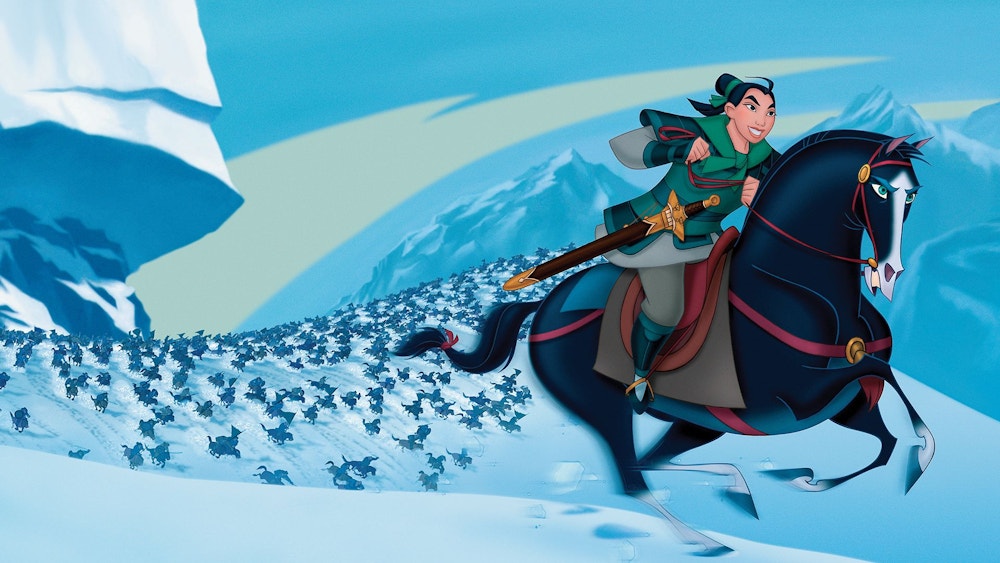 While the live-action remake won’t be in theaters for a while, and the animated version isn’t terribly true to the Chinese legend, Mulan is still an enjoyable film. You can also enjoy Disney’s first feature film produced especially for China, The Secret of the Magic Gourd. Or learn more about China’s wildlife with the Disneynature documentary, Born in China. 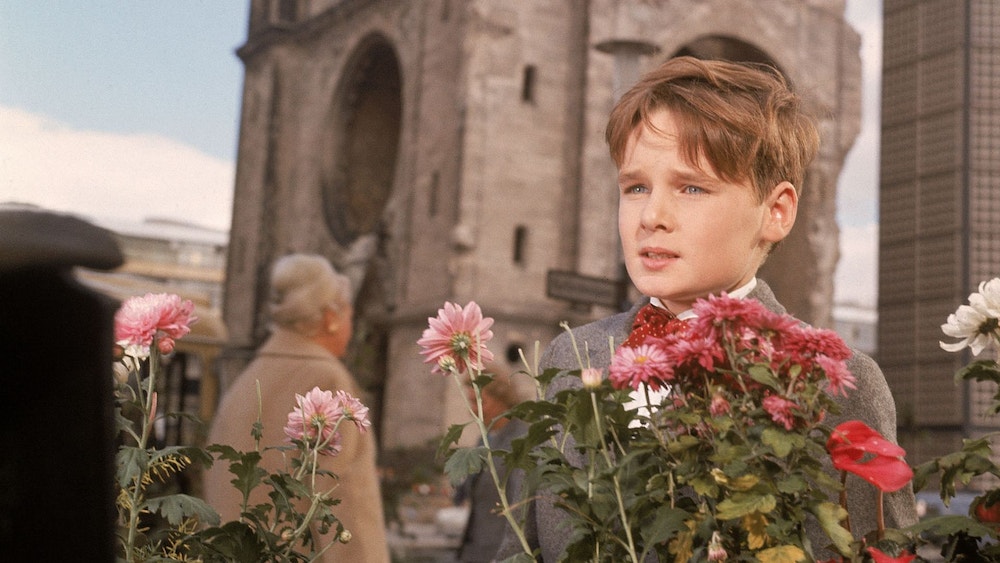 If it’s a cinematic jaunt in Germany you’re after, the clues all lead to Emil and the Detectives, set in Berlin and based on the novel by Erich Kästner. And on top of all that, it was even filmed in Germany! 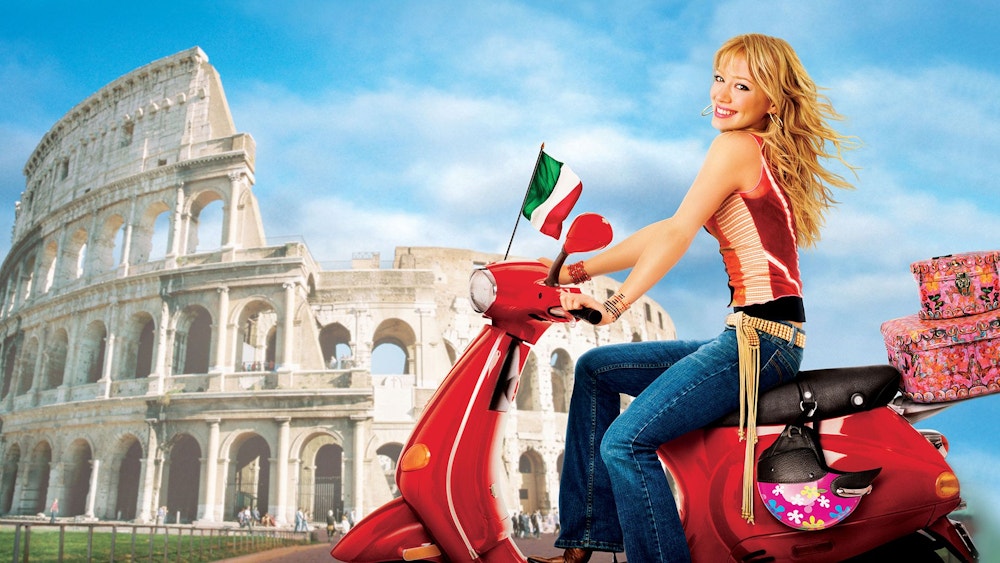 For millennials of a certain age, The Lizzie McGuire Movie was a cultural event. After two seasons, Lizzie got to experience Rome in all its glory and have a taste of stardom. It was the perfect swan song for the show… or was it? 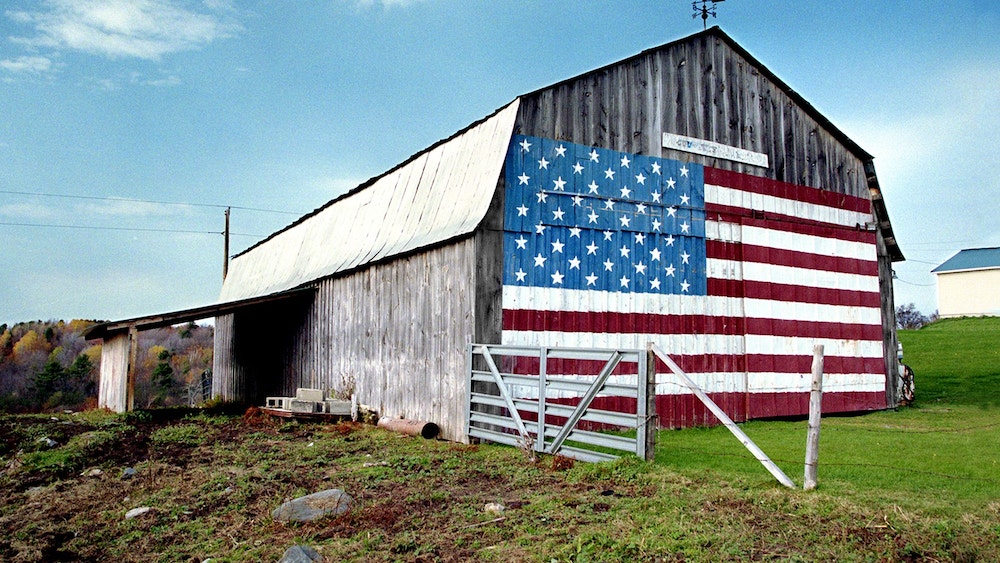 As The American Adventure shows, America’s greatest strength is its people, and that’s what’s on display in the 2004 documentary America’s Heart & Soul. A road trip across the United States shows how no matter how different our lives may be, the American spirit lives in us all. Of course, if you like natural beauty and animals, check out the National Geographic miniseries “America’s National Parks,” which shows off the beauty of such American landscapes as Yellowstone, the Everglades, and Yosemite National Park, as seen in… The American Adventure. As Theodore Roosevelt might say, “bully beautiful.” 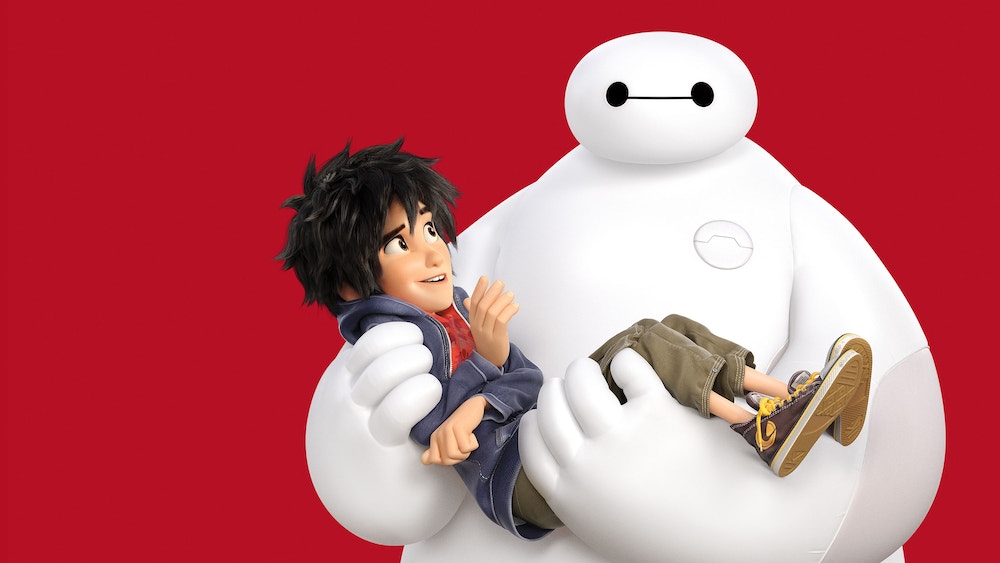 Known for its distinctive architecture, Japanese style definitely influenced the look of San Fransokyo in Big Hero 6. Much like at the Japan Pavilion, keep a close eye for pagodas and torii structures around the city when you watch. Of course, if you want an fictional adventure set in actual Japan, the Cars Toon Tokyo Mater sees Radiator Springs’ resident tow truck in a drift-style racing competition. 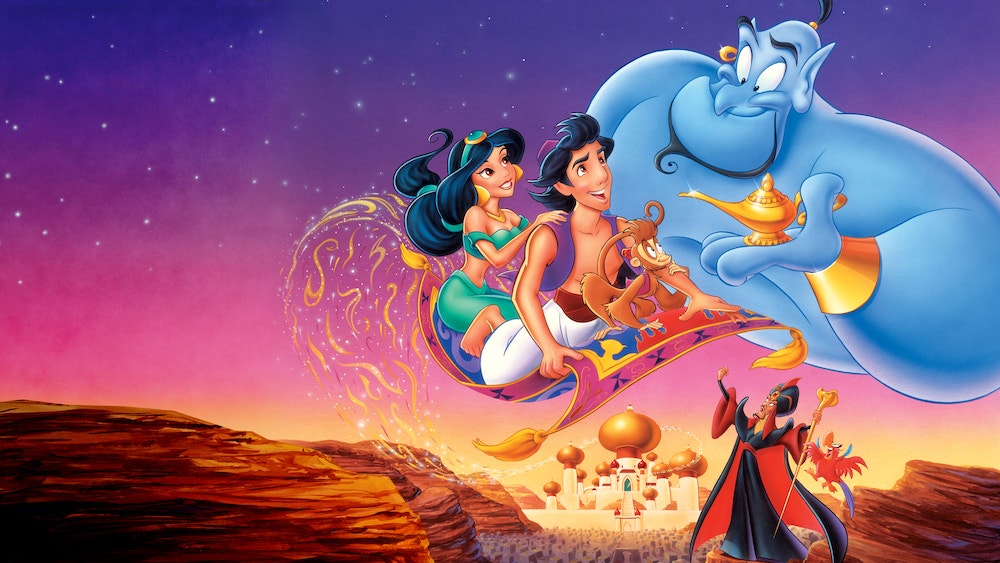 Sadly, little if any Disney projects have been set in Morocco, so naturally, when Disney decided to have characters meet and greet at the Morocco Pavilion, they turned to the residents of Agrabah, Aladdin and Jasmine from the 1992 animated film Aladdin. You can also enjoy the continuing adventures of Aladdin, Jasmine, Abu, Iago, and the Genie in The Return of Jafar and Aladdin and the King of Thieves. But if you like your genies with a bit more Will Smith, check out the live-action remake. 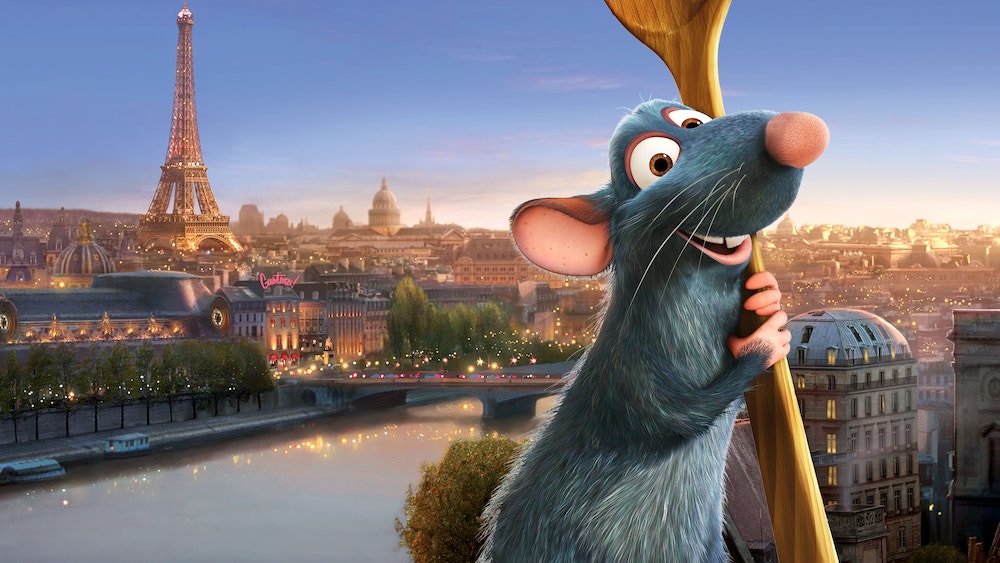 Hey, if Remy’s Ratatouille Adventure is already on the park maps, then I’m including Ratatouille in this list. Be sure to check out this film before you head to EPCOT this summer to experience the ride! And the good thing about being at home is knowing you can watch Beauty and the Beast, with or without singing along, any time of day. 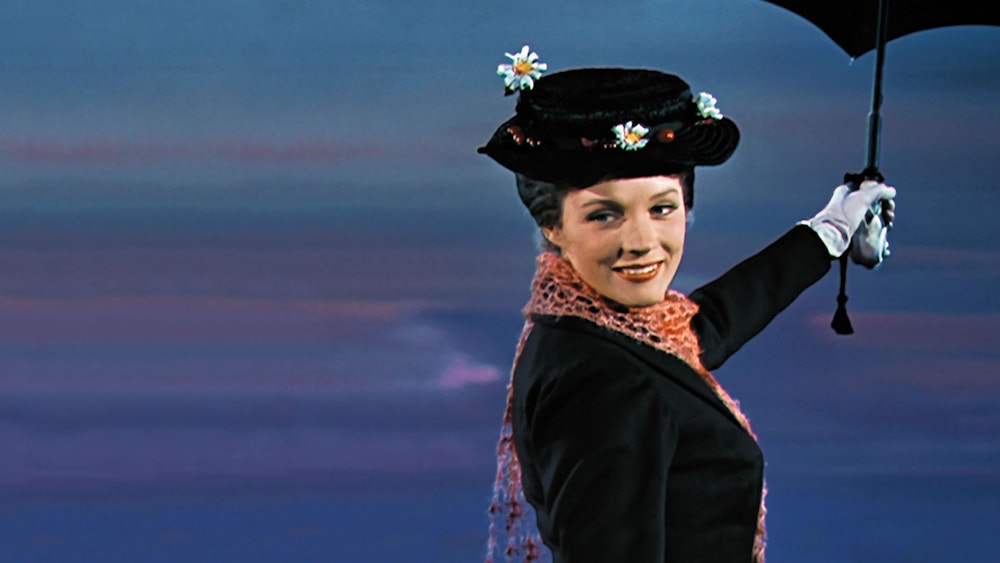 Of the many, many works of British literature and lore that have inspired countless Disney films, the cream of the crop, tip of the top, has to be Mary Poppins. (Which is coming soon to EPCOT!) But there we won’t stop! And if you love that film as much as I do, be sure to check out Bedknobs and Broomsticks, which reunited actor David Tomlinson with director Robert Stevenson in a film that is very much in the same style as Mary Poppins. Of course, it wouldn’t be the United Kingdom without Robin Hood! Luckily, you can choose from a live-action adventure, The Story of Robin Hood and His Merrie Men from 1952, or the animated classic, Robin Hood, from 1973. Or if you prefer the legend of King Arthur, The Sword in the Stone and A Kid in King Arthur’s Court should do nicely. For a deep cut, try Candleshoe, featuring acting legends Jodie Foster, David Niven, and Helen Hayes. 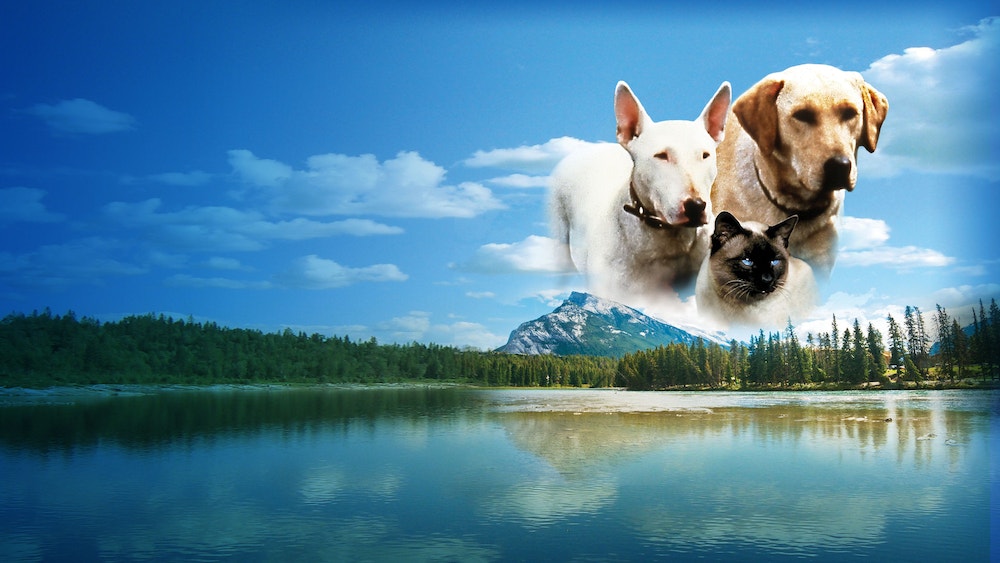 While it may not be in Circle-Vision 360, three pets explore Canada far and wide in The Incredible Journey, as they traverse 200 miles across gorgeous Canadian wilderness to find their family. (If you’re wondering why it isn’t listed as the Homeward Bound film we all grew up watching on the Disney Channel, that’s because that was the 1993 remake of this original.)

Another great export of Canada is comedy, with one of the most famous examples being the sketch comedy show “SCTV,” which featured those classic Canadian characters, Bob and Doug McKenzie. Rick Moranis and Dave Thomas semi-reprise their roles as Rutt and Tuke, a pair of moose brothers, in Brother Bear.

Ready to head beyond Disney+? See more of our amazing planet with the 2009 documentary Earth. Inspired by The Declaration of Independence in The American Adventure? See Benjamin Franklin Gates steal it in National Treasure. (Which isn’t on Disney+… yet.) Find out what the first manned mission to Mars might look like if you let a complete buffoon join the mission with RocketMan. Of course, you might just want to time travel into the past… EPCOT’s past, to be specific. I personally recommend checking out Martin Smith‘s videos documenting attractions from Disney Parks past and present. His work on the EPCOT attractions are incredible both for providing full experiences of long-gone classics such as Horizons, Journey into Imagination, and Universe of Energy as well as detailing the history of how these attractions came to be.

I hope you’ve enjoyed our streaming tour of EPCOT. If you want more recommendations, check out our playlist for the Magic Kingdom. Keep reading WDWNT as we head for Hollywood!