New photos show various ground markings and signage installed along the security checkpoints for the resort. 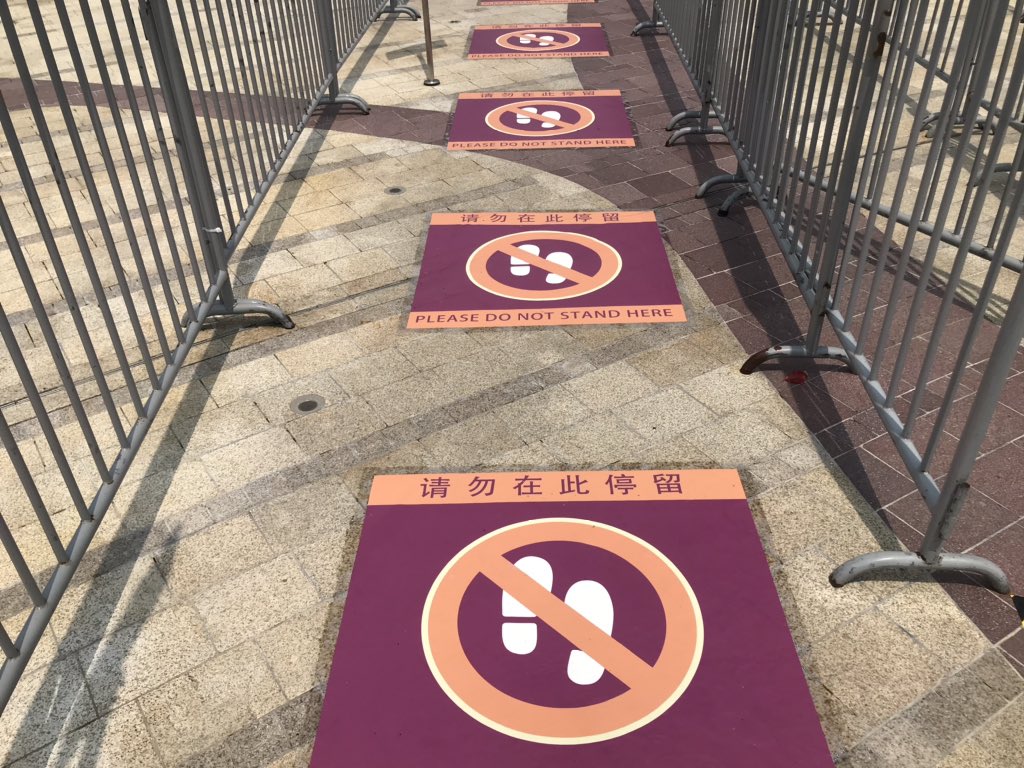 The signs show guests where and where not to stand in order to maintain social distancing at all times within queues. 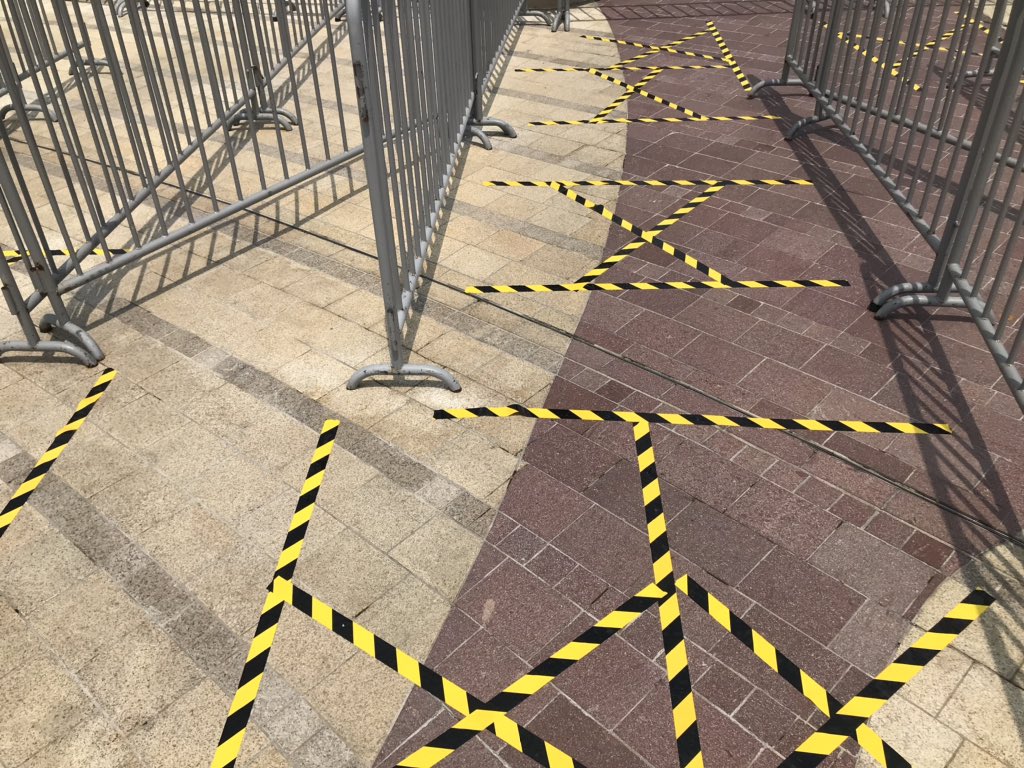 According to recent talks from the Re-Open Florida Task Force, it’s likely that we’ll see similar social distancing measures throughout queues to enter the parks and within attractions, restaurants, and shows.

Additional reports from @gourmetdyy show that testing within indoor theaters took place this week at Shanghai Disneyland. Cast Members and their guests were seated at every other row, with each party separated by a few seats in order to maintain their distance. Testing also took place yesterday for parades and shows, however details on how guests will be distanced for parades and nighttime spectaculars have yet to be released. So far, character dining has resumed at Lumiere’s Kitchen in Shanghai Disneyland Hotel, and we’ve also seen the use of expanded Health QR Codes at all resort venues.

No official reopening date has been released for Shanghai Disneyland, but with schools set to reopen across Shanghai from April 27 through May 11, many are anticipating a full reopening soon.

Previous
DISNEY+ REVIEW: Disney’s “Honey, I Shrunk The Kids” on Deep in the Plus

Next
RECIPE: Make Your Own Green Milk With This Copycat Recipe From Star Wars: Galaxy’s Edge